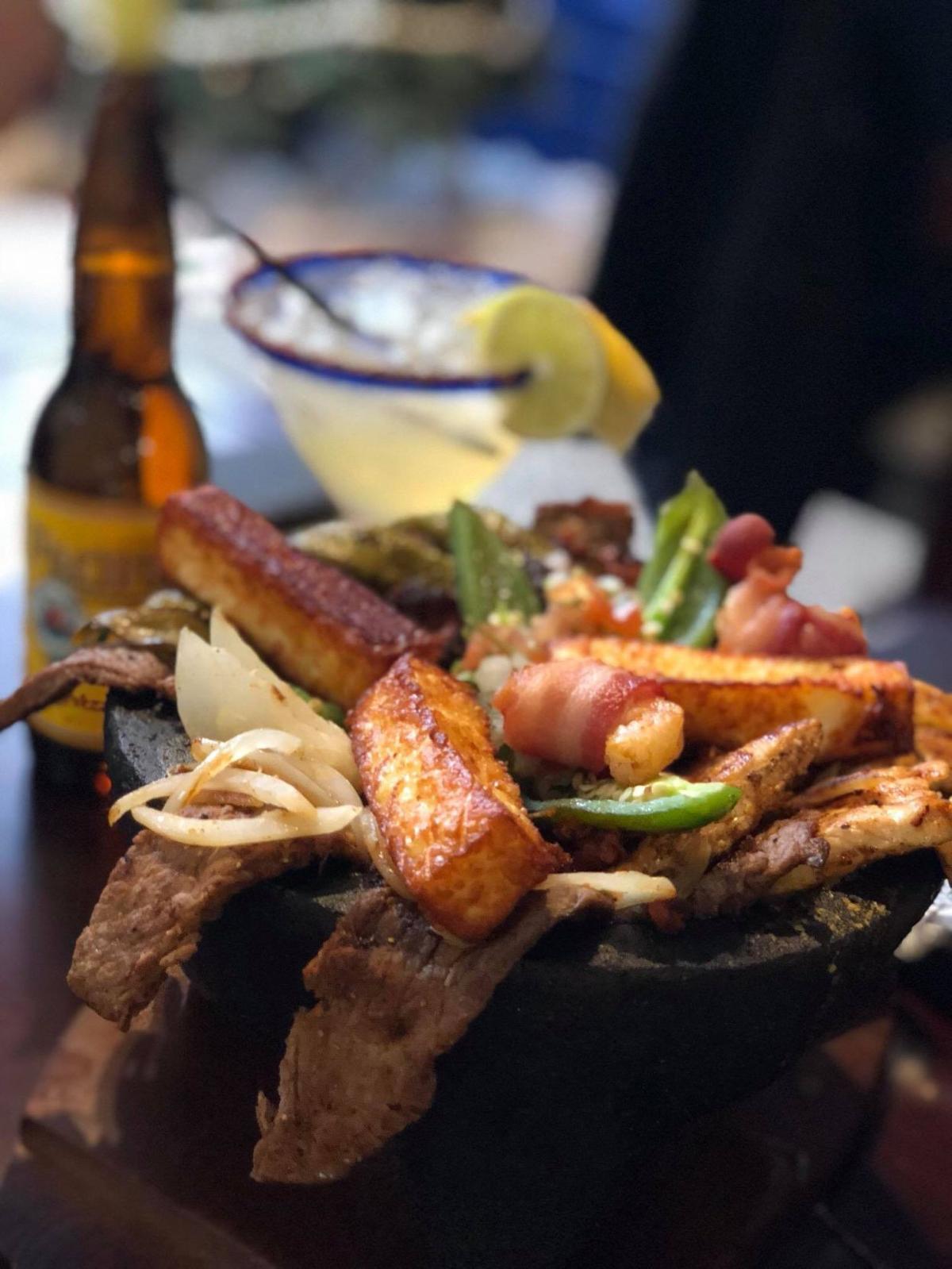 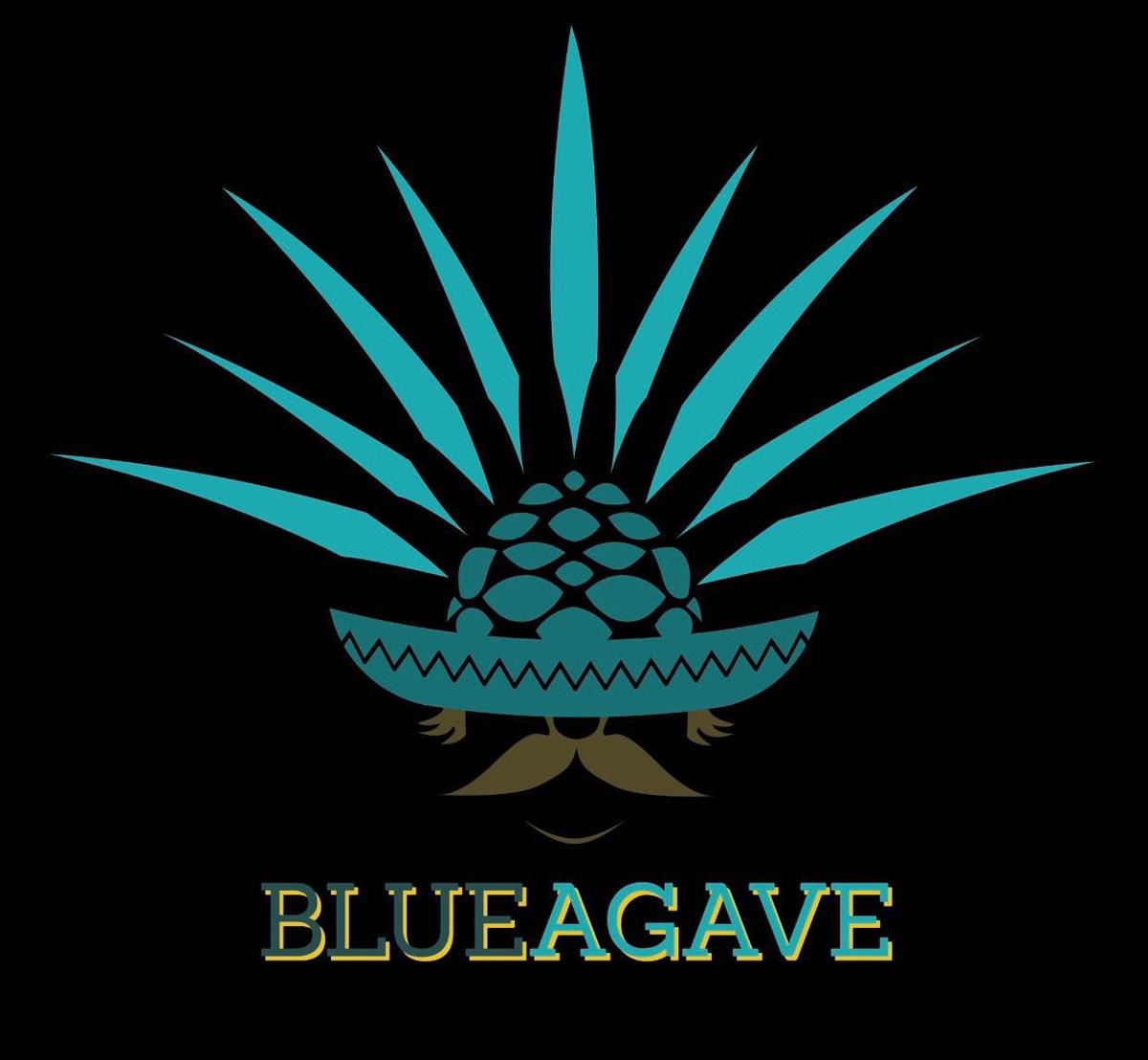 The logo of Blue Agave, a new Downtown restaurant specializing in margaritas and other tequila drinks, set to open this month where the Bayou used to be.

Jose Mata calls his fiancée an excellent cook who has long wanted to open her own restaurant.

Sandra Alamilla Lopez confirms both things, and says she's able to open Blue Agave in the former Bayou space at 117 S. Butler St., because she'll have Mata, with his lifetime of restaurant experience, as her general manager.

They are shooting for a late November opening.

"We're going to try new dishes, new flavors," Lopez said. "We want to be different from other places."

Blue Agave's menu will offer authentic Mexican dishes, but also American and Tex-Mex. "It's homemade food that we want to do the most," she said.

Lopez will make the salsas daily. She'll do some of the cooking and will train the chefs, but will also keep her job at MG&E where she does payroll and works in energy operations administration. She's been at the company six years.

When she first came to the U.S. from Mexico City at age 25, she worked as a waitress for almost three years. That's when she discovered that she'd like to have a Mexican restaurant one day, with her "own flavor."

The only problem was that she had no idea how to run a restaurant. Enter Mata.

His father owned a Mexican restaurant in Oshkosh called Durango's before he passed away two years ago. Mata has also worked at Laredo's for eight years, the last two years as general manager for the Fitchburg location.

Mata grew up in Oshkosh, and has lived in Wisconsin all his life. His family is from San Jose de la Paz in Jalisco, Mexico, a state famous for its tequila. And that's why he chose the name Blue Agave, the plant from which tequila is distilled.

"Where I'm from, Jalisco, we drink a lot of tequila," he said. "We're known for tequila. That's actually where the plant grows the best. It's something that reminds me of back home."

Growing up, Mata has strong memories of driving through Jalisco, and seeing rows and rows of blue agave. "Every time I'm going home I'm looking forward to seeing fields of that. It's a beautiful blue plant."

Lopez calls Mata an expert on making homemade margaritas and other tequila drinks, and said he's going to handle that aspect of the restaurant.

The former Bayou is in good shape physically and just in need of some minor remodeling, Mata said. It's getting new light fixtures, a paint job and some bar renovations.

"When we found this place we fell in love with the atmosphere already and how big the restaurant is and how open it is," he said. "It used to be a restaurant before, so it's got everything we want and need. It's just pretty much coming in here and giving it our color, our look, our furniture and our way of setting up things. This place has everything."

Lopez owns the business with Carmen Munoz, a friend from Milwaukee, who has also long had the dream of opening a restaurant, and will be helping out when she can.

Also helping out when possible will be Lopez's mother, from whom Lopez learned to cook.

"She's got a lot of talent, a lot of really good recipes and a lot of secrets," Lopez said about her mother.

Lopez's mother looks after the couple's 1-year-old daughter, which will prevent her from spending too much time in the restaurant. Lopez also has a 19-year-old son, who is in the Air Force.

The new bar and restaurant from Brasserie V owners Matt and Andrea Van Nest has a name that signifies its use of communal tables.

After sitting empty for five months, there is activity in the former Mad City Frites location on State Street.

After five years in Waunakee, Lucky’s Bar and Grille has closed. It closed Sunday, and employees were told Monday morning.

"We're tired of catering our own restaurant. We couldn't cook there," said Shon Jones, who owns the business with wife, Sarah Jones.

Those who worked at the restaurant had no idea it was closing and were "all fired on the spot, including managers," a former associate manager said.

Sumo Sushi, in the works for a year, opens on East Washington Avenue

Brickhouse BBQ is dropping the BBQ from its name and will reopen with the owner of the State Street restaurant Sweet Tea as its new chef.

At long last, a new Tipsy Cow location in the works

After a three-year search, the owners of Tipsy Cow just off the Capitol Square are opening a second location, this one in Sun Prairie.

After five years on the Near West Side, humble sweet and savory pies was forced out of its Allen Street home.

The Mexican fusion restaurant, which opened in mid-May in the former Restaurant Muramoto location on King Street, never really caught on.

A pop-up from the kitchen at Fresco, "Good Broth from the Fresco kitchen," is being held during lunch hours Tuesday through Friday in the MMoCA lobby.

The logo of Blue Agave, a new Downtown restaurant specializing in margaritas and other tequila drinks, set to open this month where the Bayou used to be.