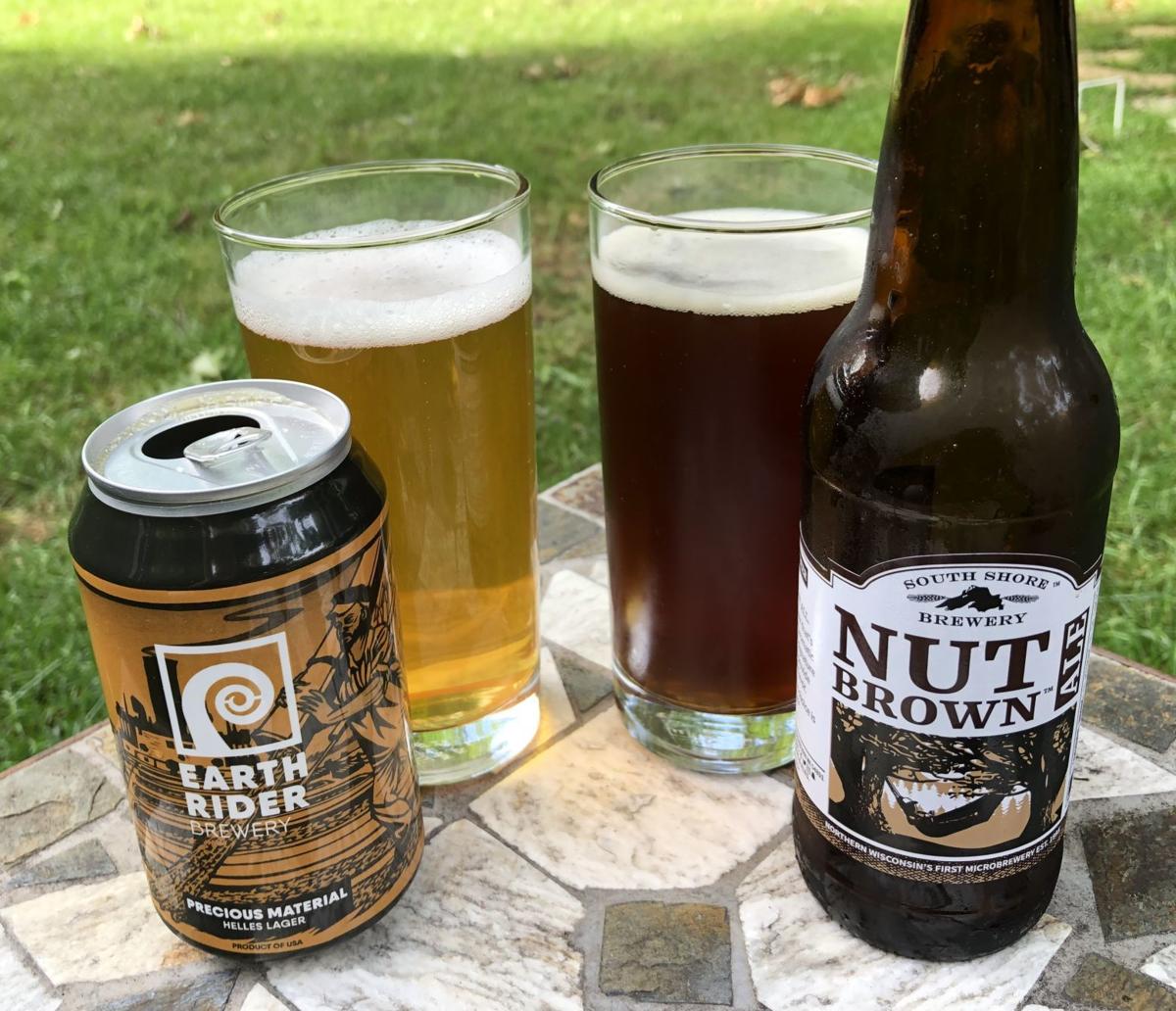 Beer from South Shore Brewing in Ashland returned to Madison this year, while Earth Rider Beer arrived here from Superior. 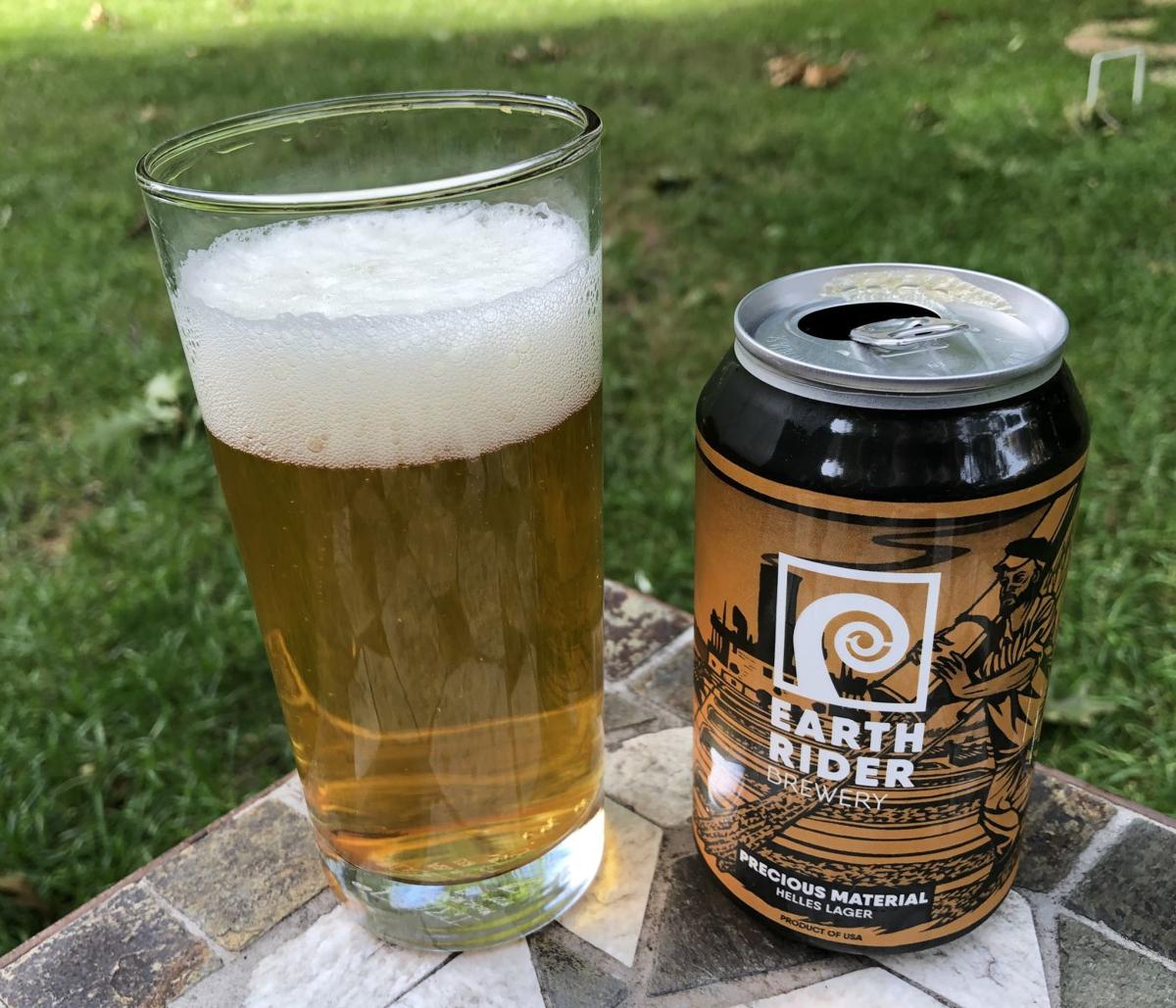 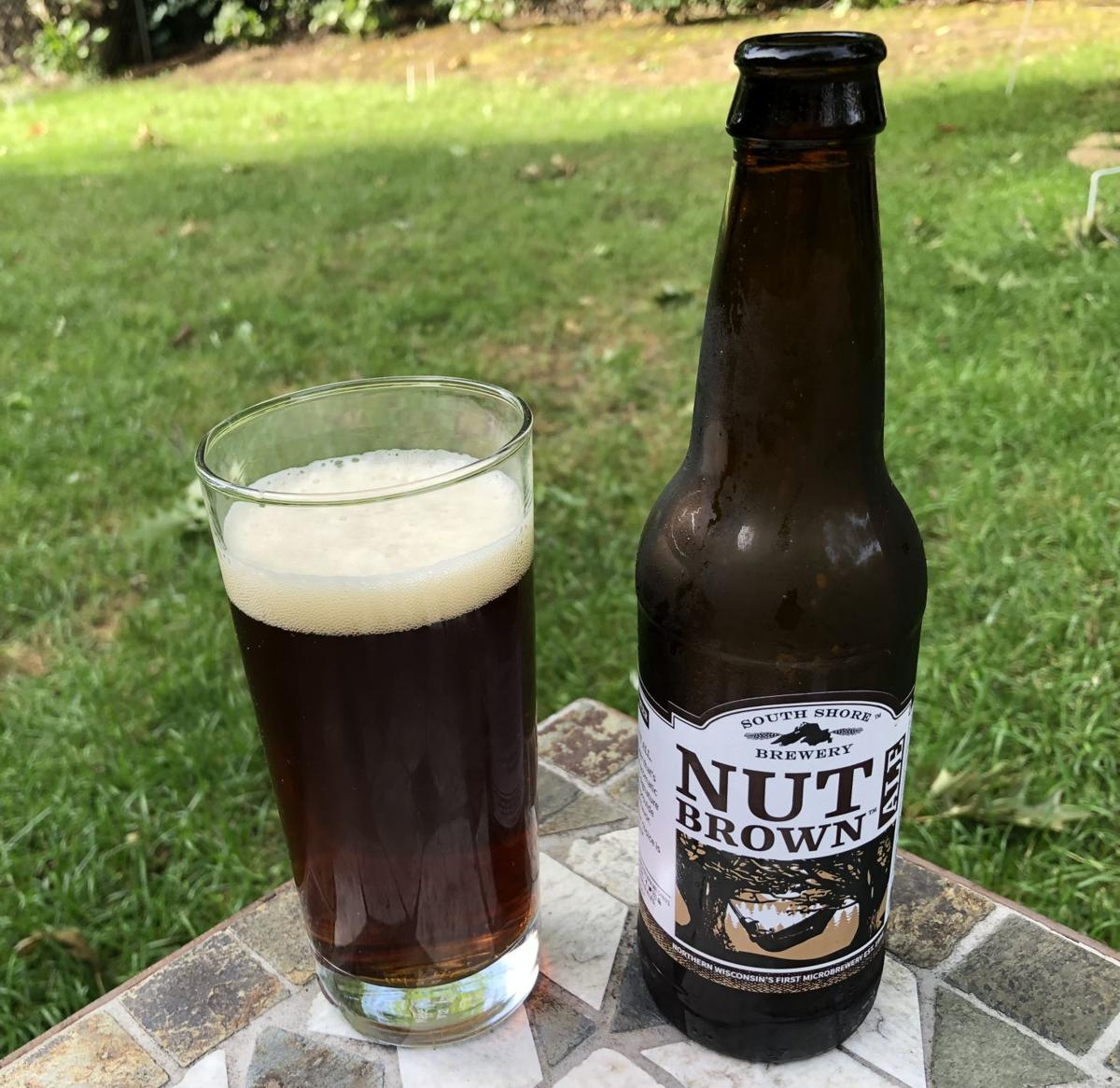 South Shore's Nut Brown Ale is a relatively simple formula that has pleased palates for centuries.

One is old, one is new. Both hail from the same neck of the woods and both are making beer that you ignore at your own peril.

Superior’s Earth Rider Beer opened in late 2017 and has grown rapidly in its home Twin Ports market as well as Western Wisconsin and Minnesota’s Twin Cities and North Shore. It began selling beer in Madison and Milwaukee earlier this year.

Meanwhile, South Shore Brewery of Ashland is one of Wisconsin’s longest-standing craft breweries, founded in 1995. South Shore beer began reappearing on shelves in Madison after a hiatus of a few years.

There are some great stories behind each brewery. Earth Rider is still telling its story, but it is the first production brewery — as opposed to a brewpub — in Superior since Northern Brewing closed in 1967. The taproom next door to the brewery is in a former Northern Brewing tied house. One of its head brewers, Allyson Rolph, built a strong reputation during five years leading the brewing at Thirsty Pagan Brewpub in Superior, while her partner in beer Tim Wilson came to Earth Rider from a gig as a cellarman at Bent Paddle Brewing in Duluth.

South Shore has a star of its own, too, in founder and brewmaster Bo Belanger. Highly respected in the state brewing industry, he’s a former president of the Wisconsin Brewers Guild and a fierce advocate for the farmers that make beer possible. A large percentage of the malted barley South Shore uses is grown by local farmers.

Beyond their Lake Superior roots, these breweries share a strength: exceptionally well-made versions of traditional styles.

South Shore’s most renowned beer is its Nut Brown Ale, a classic English interpretation of a brown. And in this age of stouts brewed with every cookie ingredient under the sun (and the milk you dunk it in), Rhoades’ Scholar Stout is refreshing: chocolatey, but moderately bitter and dry.

Earth Rider hasn’t really been around long enough to produce beers with that much staying power, but the packaged beers it’s sent south have been outstanding. The adjunct-free, assertively bitter North Tower stout takes a page out of Rhoades’ Scholar’s playbook, while Superior Pale Ale is crisp and just bitter enough, with a pleasant citrusy aroma and flavor. Caribou Lake IPA is the brawniest of Earth Rider’s beers I’ve tried, with a brash dankness that speaks of pine and bong-scrapings.

On the other side of the spectrum is the first of this week’s pair of beers hailing from the great north.

Style: Helles, a Bavarian-born lager whose name translates to “light” or “bright”

What it’s like: It’s discontinued now, but my favorite beer from Verona’s Wisconsin Brewing was a helles named Ol’ Reliable.

Booze factor: This Metal is not heavy, weighing in at 5.5% ABV.

Up close: Pale gold in color, Precious Material wafts a delightful aroma of fresh-baked bread crust and floral, gently spicy noble hops. Its flavor is run by the smooth malt, though the hops assert in a snappy finish with a lingering, slightly funky character that will not turn off anyone who appreciates traditional German lagers.

What it’s like: Maybe it’s just the time of year, but this drinks (a little!) like an Oktoberfest, if Oktoberfest were held in Manchester instead of Munich and lager techniques had never been developed.

Up close: You’ll see a deep amber under a dollop of dense, white foam. You’ll smell bread soaked in caramel nearly overwhelming a gentle earthy-spicy hop note. You’ll taste a rich, caramel malt — yes, with ample nuttiness — that wants to be sweet but for the hops, there in just the right quantity to achieve balance and even finish on a slightly bitter note. It’s an antidote to today’s kitchen-sink craft beer culture, a relatively simple formula that has pleased palates for centuries.

[Editor's note: This story has been updated to correct the name of Earth Rider Beer's Helles lager.]

Work will continue through the fall, be suspended during the winter, then resume in the spring with completion scheduled for May.

Beer from South Shore Brewing in Ashland returned to Madison this year, while Earth Rider Beer arrived here from Superior.

South Shore's Nut Brown Ale is a relatively simple formula that has pleased palates for centuries.