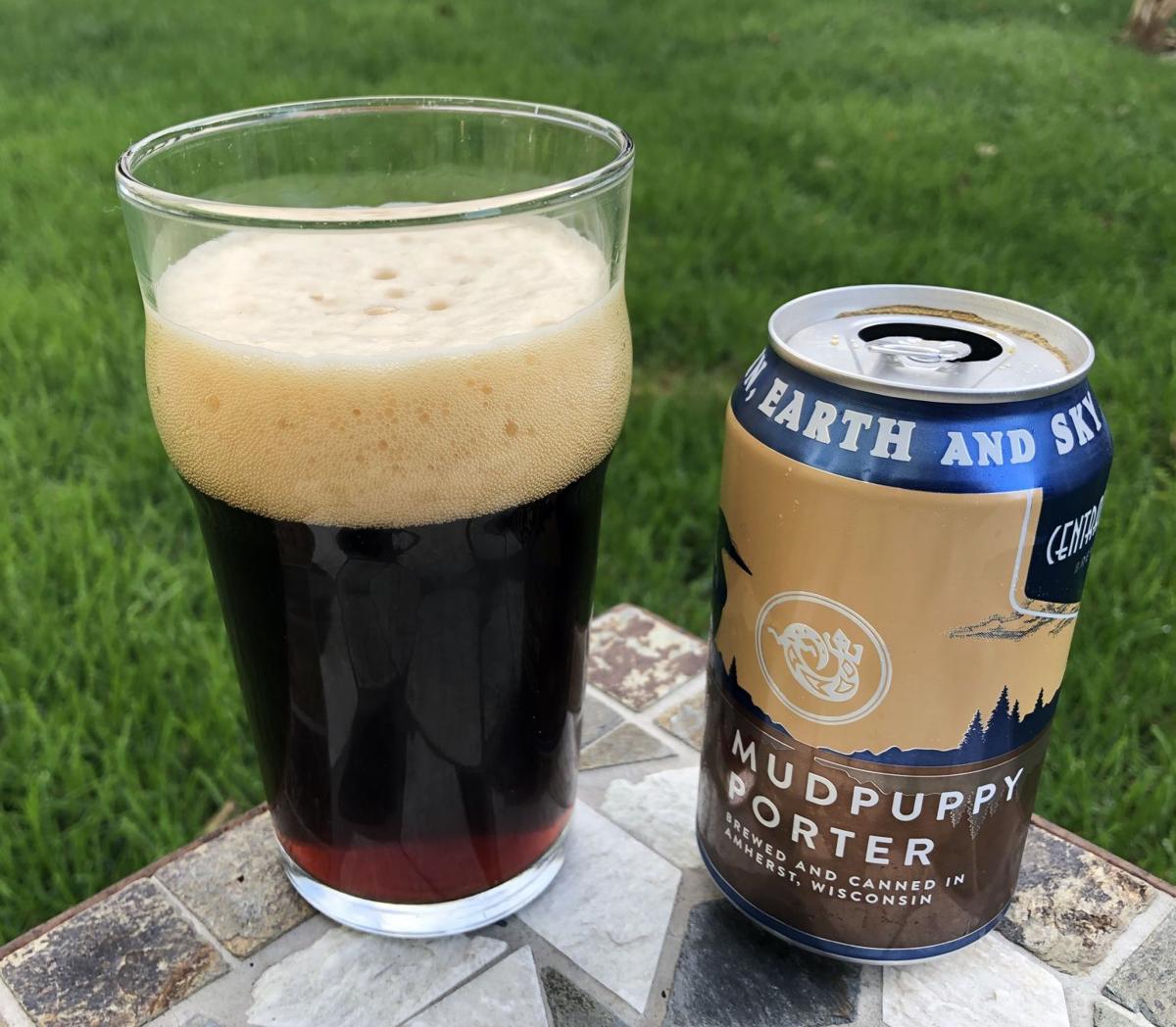 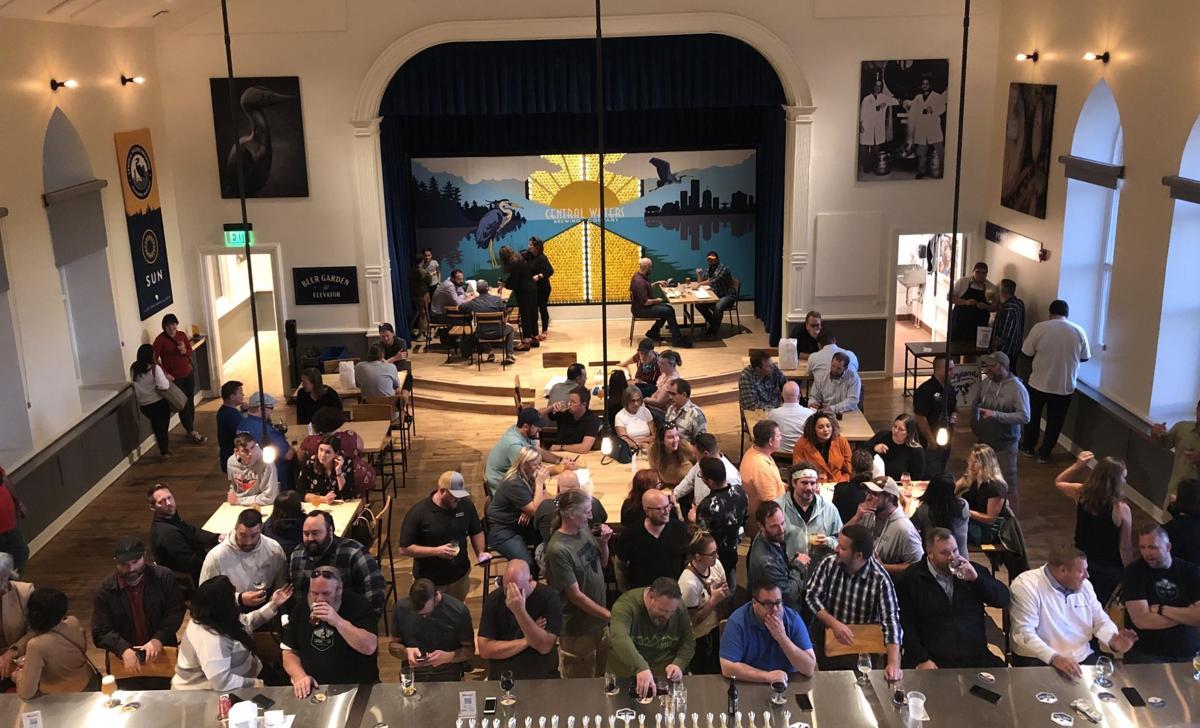 A crowd in the Central Waters Milwaukee taproom for a mid-October soft opening, with Amy Zaremba's mural at center.

CHRIS DROSNER For the State Journal

The opening of Central Waters Brewing’s Milwaukee taproom and brewery earlier this month is a pretty big deal in Wisconsin beer, and there are some high-profile contributions to the project from Madison, too.

First, though: Holy smokes, this is a cool space. It’s the former home of Pabst Milwaukee, which, I should probably clarify, opened in 2017, not, you know, 1844. That was when Pabst Brewing Co. got started in Milwaukee, and the 2017 opening of a little 10-barrel brewery on the almost entirely redeveloped former Pabst campus near downtown was a nice bit of symbolism and overdue good faith that unfortunately didn’t last.

The taproom, 1037 W. Juneau Ave., really never found its stride in the Milwaukee beer scene. The Captain Pabst craft brand, launched less than a month before the first COVID orders of 2020, hasn’t really taken off. And Pabst’s efforts to revive the historic venue after the safer-at-home orders lifted last year similarly foundered.

Pabst began looking for a lessee for the space this spring, and Central Waters co-founders Anello Mollica (a Cream City native) and Paul Graham eagerly signed on the dotted line.

What they took over was a 149-year-old former Methodist church (later a German restaurant) sandwiched between a massive former brewing building and Interstate 43. And it still very much looks the ecclesiastical part, inside and out, with a bell tower, soaring ceiling in the former sanctuary and tall, pointy lancet windows.

But this is more than a satellite taproom in a cool old building. Mollica described the 10-barrel brewing system installed by Pabst in its basement as nearly top-of-the-line, and it will become a playground and potentially an innovation engine for the much bigger brewery up in Amherst. Kegs of standard, seasonal and barrel-aged beers will be trucked down to Milwaukee, and kegs with Milwaukee-brewed beers will be poured back in the home base as well. A small canning line installed by Central Waters will offer visitors the option to take home Milwaukee-exclusive four-packs, too.

Early returns on Milwaukee head brewer Brandon Williamson, a Good City Brewing alum, are very strong. At the Oct. 16 opening, two Milwaukee-made beers were on draft, including a delightful hazy IPA utilizing Zappa hops, a variety bred from plants found growing wild in New Mexico. A third — though, symbolically, the first made by Central Waters on the system — was a Pabst-style American lager that should be pretty close to release by the time you’re reading this.

Between the comely taproom and the characteristically strong tap list, Central Waters Milwaukee immediately jumps into the city’s must-visit beer venues. That’s important because it’s a little out of the flow of the city, and parking is a hassle in its densely redeveloped Brewery District. But if you’re making your way to a (world champion!) Bucks game this season, it’s worth paying for the parking in the area, having a couple beers at Central Waters and walking the few downhill blocks to the arena. Lodging options are in the area, too, with more on the way as the empty lots surrounding Fiserv Forum are developed in the coming years.

And one of the Madison connections is visible even if you’re just driving by downtown on I-43. There has long been big, splashy mural art with beer themes along this stretch — just this month, Molson Coors refreshed its some 50-foot-tall Leinenkugel’s mural on the Tenth Street Brewery just a few blocks away. Central Waters commissioned a big logo mural on the side of its building, and it’s clearly visible from the freeway lanes below. Even at night, the brewery’s heron looks out at the city, illuminated from above.

Madison mural artist and woman-about-beer Amy Zaremba contributed to that second-story painting and, while working on the project, came up with the idea for what’s arguably now the visual focal point of the refreshed interior.

Before it opened in 2017, Pabst created a kind of wall of backlit beer bottles for the low stage in the church’s former apse at one end of the taproom. By the time Central Waters entered, a few of the panels of lights had failed, and because the lights couldn’t be economically replaced, the creation was covered by the stage curtain. Mollica mentioned the conundrum to Zaremba and she came up with the idea to cover the busted panels with a mural. She soon had a sketch of the work that serves as the backdrop to the handful of tables on the stage.

The mural is a beautiful representation of Central Waters’ expansion from its pastoral setting — Amherst is in a lovely part of Wisconsin — to the state’s largest city. On the left side is Central Waters as we’ve known it in recent years, a heron standing in a forested wetland. On the right side, the big bird flies over the Milwaukee waterfront and its distinctive skyline. In the center is a sun in the form of those illuminated beer bottles, and the Central Waters logo.

Mollica joked that he learned the term “Grammable” — as in Insta- — when Zaremba was pitching the mural. It didn’t take much convincing, and it’s easy to see why.

Hey, let’s drink a beer. It’s one of the original three that Central Waters opened with back in 1998 (along with Ousconsing red ale and Happy Heron pale ale). It’s a beer that set the tone for the brewery’s name-making success in its barrel-aged beer. And it’s rare in that it’s the brewery’s bestseller while being neither IPA nor lager nor Spotted Cow. It’s…

What it’s like: The fact that it’s tough to compare to other beers of its style makes a good case for it being Central Waters’ de facto flagship. It drinks like the midpoint between a sharper American porter like Great Lakes Edmund Fitzgerald or O’so Night Rain and a softer, chocolatier take like the Next Door’s Darth Porter reviewed earlier this fall.

Where, how much: It’s not quite ubiquitous, but even middling grocery store bottle shops carry Mudpuppy around the standard Central Waters price point of $9 or so per sixer.

Booze factor: A 5.6% ABV is a nice number for cruising.

Up close: Mudpuppy pours a deep brown — a bit light, perhaps, for an American porter — with a persistent light-tan head and an aroma of chocolate, plum and a decent level of spicy-herbal hop character. This is no wilting English brown porter on the palate, either — the malt’s Cocoa Puffs leanings are firmly reined in by a bitterness that lingers a little longer on the palate than you might expect from a porter. That effect — plus a soft body and balanced carbonation — make Mudpuppy an easy, repeatable drinker.

Beer Baron: Here's what a 20-year-old beer tastes like

While Death Leinie was unintentionally aged, cellaring beers can have spectacular results if it's done correctly.

Minutes after touching down in Madison and after a four-hour delay in Detroit, Sam Calagione, an icon of the American brewing scene, knew what…

The Northern Discovery hop is loaded with linalool, a fruity and floral aromatic compound that gives the Pearl Street IPA its name.

Hard questions about the Madison brewery's business model were answered in a way that lines up with craft beer purists' ideals.

Beer Baron: This big-beer acquisition was a gut-punch

An international brewing giant's acquisition of North Carolina's Wicked Weed Brewing left me with a sour taste in my mouth.

Beer Baron: A vision of Wisconsin beer, in a satisfying summer seasonal

Some people find great meaning in a potato chip, burnt just so that an image of Jesus Christ seems to appear if one looks at it hard enough.

The beer is indeed great -- and diverse -- at America's largest beerfest, which comes as ownership of craft brewers is increasingly muddled.

Beer Baron: Black Husky is moving to the city

The North Woods brewery known for big, bold beers such as Howler will open a much larger brewery in Milwaukee next spring.

Replete with flavors and aromas of their signature dark malts — chocolate, coffee and “dark fruit” like raisin, date, black cherry and berry — and usually packing well north of 8 percent ABVs, these beers were made for winter in cold places.

The small town has a long brewing history, but Potosi's present and future lie in adventurous, forward-looking beers as well as tradition.

Not all of these pairings of craft beers and trick-or-treat candy are so transcendent, but they’re all interesting.

You don’t need to be a beer pairing genius to know that pizza and beer are like peanut butter and jelly.

Beer Baron: A New Glarus doppelbock 10 years (and 10 months) in the making

New Glarus Brewing’s latest beer, Gyrator Doppel, uses a hop and malt variety that wouldn’t be commercially available today if not for the efforts of brewmaster Dan Carey.

Beer Baron: Brewpub closes, but Next Door lives on in cans and bottles

It’s nice to have a brewery closing story with a silver lining, and that’s exactly what Next Door Brewing has delivered to us.

Strike the baseline of High Life from your head. This is a different beer, and you’ll see that immediately.

I, for one, have had enough nonsense in 2021. Let’s check out this stripped-down stout.

A crowd in the Central Waters Milwaukee taproom for a mid-October soft opening, with Amy Zaremba's mural at center.