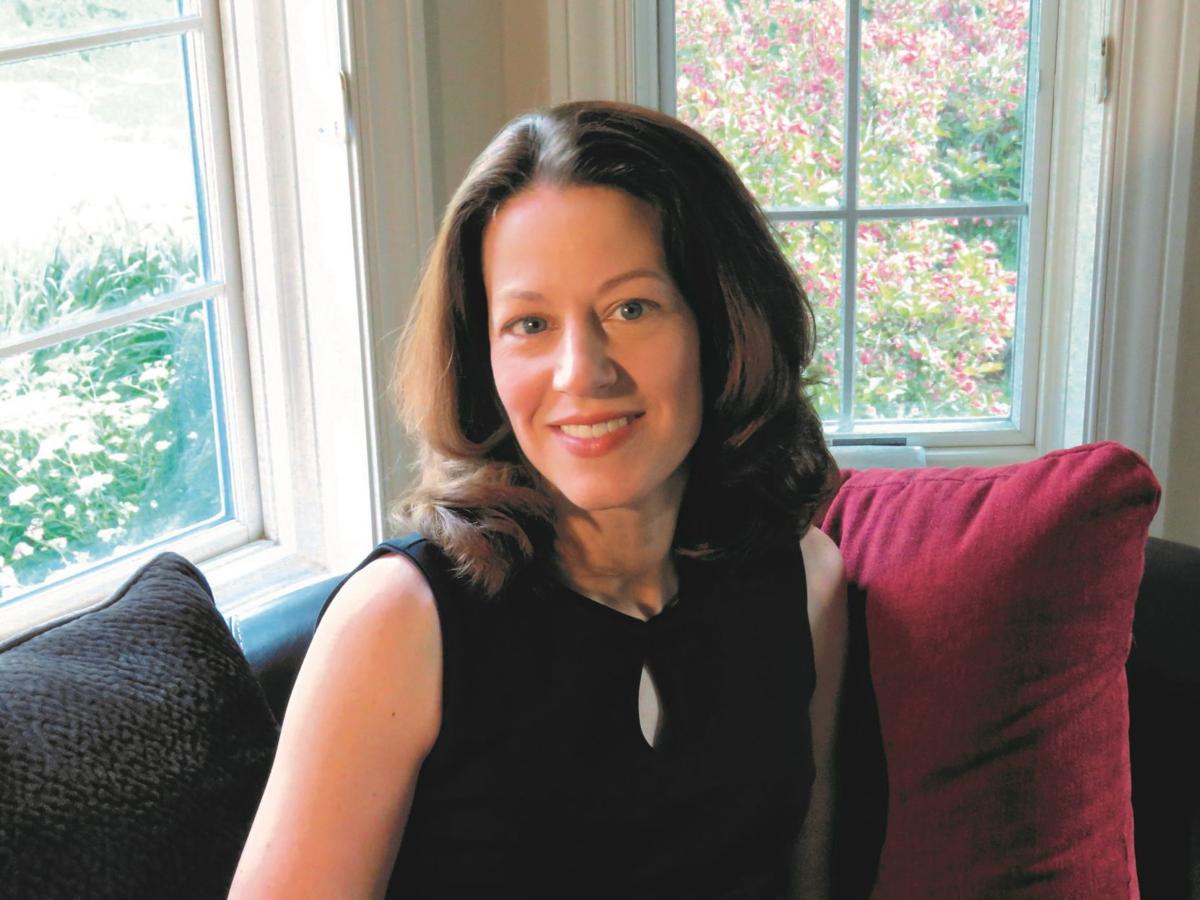 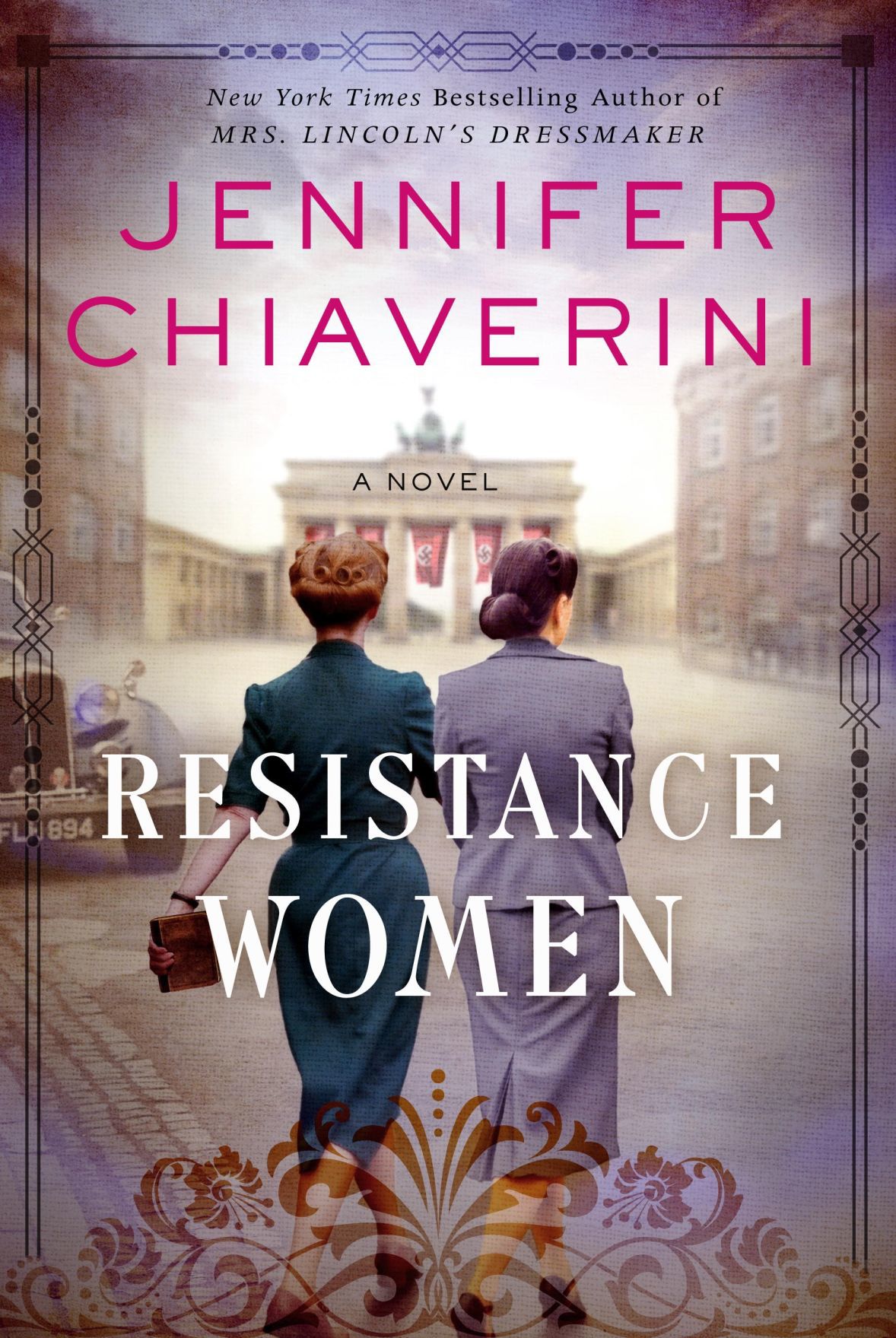 Milwaukee native Mildred Fish Harnack may not be a household name, but in the 1930s and early 1940s she was a member of an underground network working to defy fascism in Hitler’s Nazi Germany. Harnack, a literary scholar and graduate of UW-Madison, is the main character in Jennifer Chiaverini’s latest book, “Resistance Women.”

Harnack’s role in the resistance is slowly becoming more well known, at least locally. On Friday, a sculpture called “Mildred” by artist John Durbrow was dedicated in Marshall Park in honor of Harnack’s life and work.

Chiaverini, a Madison author known for historical fiction as well as the Elm Creek Quilts novels, tells Harnack’s story through four female narrators. The women offer a captivating look at pre-WWII Germany and what Hitler’s rise to power meant for people throughout the country.

Q: “Resistance Women” centers around four women: Mildred, Martha, Greta and Sara. Each represents a different place and person in German society in the 1930s. The main character, Mildred Fish Harnack, is a historical figure, who is largely known in Germany, but is not nearly as well known in her native state of Wisconsin. How did you learn of her?

A: I learned about Mildred because she is from Wisconsin and there was a Mildred Harnack Day in Wisconsin every year on her birthday. She is a Milwaukee native and she attended UW-Madison. I live in Madison ... (and through research learned) some of the places she enjoyed going on walks with her husband are places I enjoy going on walks with my husband ... Picnic Point, the Arboretum ... I was intrigued by that connection.

Q: Throughout the book the characters gather in a variety of study groups to find a sense of community and share like ideas. Finding community among chaos and terror seems to be a theme ... Is that what you intended?

A: Mildred and (her husband) Arvid were both members of the Friday-Niters (student group) when they were here on the UW-Madison campus. They did a lot of studying and researching to bring the Wisconsin Idea to life. (Main characters) Mildred, Arvid and Greta ... were familiar with having this type of study group. When they went back to Germany they wanted to re-create that. This was something they were familiar with ... small group gatherings to share ideas. It adapted to their needs as the discussion of ways to resist (Hitler) became more important.

Q: Mildred’s time in Germany is startling and historic in itself. Without giving too much away, how do you describe Mildred’s fate.

A: I was just so astonished. How did this scholar from Wisconsin end up on Hitler’s enemies list? The more I learned about her and the other people involved in the group ... I really wanted to delve into how the Nazis took hold. So many of our history lessons and our historical fiction start with Hitler already in place. My question was ... how did he get there? I wanted to explore it because this is what Mildred ... and her friends were living through. They saw it just transform steadily before their eyes. I wanted to explore how it happened and how they fought back any way they could along the way.

Q: Were all the female characters in the book based on historic figures?

A: Of my four narrators, Mildred, Greta and Martha are historic figures. Sara is a composite character based on some of the young, Jewish, female students who were part of the group. It was very important to me to represent the younger generation ... in particular, a young Jewish woman.

Q: You highlight many events that happened in Berlin during Hitler’s rise, including the Olympics. What type of research did you do?

A: I did much at the Wisconsin Historical society. I was not able to travel to Germany, but I relied on memoirs and collections of (the characters’) letters, and Greta wrote a memoir. I used some secondary sources to get a general sense of Germany during that time. It took me about three and a half years from start to finish (to write the book).

Q: You’ve written many books, with “Resistance Women” being your 28th; and you certainly are well known for your Elm Creek Quilts series. Much of your work centers on women in history who are largely unknown. How do you pick the subjects for your novels?

A: I think far too many fascinating and influential women ... their stories unfortunately have often ended up in the footnotes or the margins. They really do deserve to have their entire stories better known. They made remarkable contributions that were diminished because they are women ... or credit was given to a man. With the “Resistance Women,” everyone that was in the resistance network ... they are regarded as heroes in Germany ... there are schools named after them. Here in the United States, even in Wisconsin, with Mildred, her story is not terribly well known. I just think that it’s very unfortunate. I want to do my part to reintroduce them to readers and hopefully they are a source of inspiration.

Q: What ideas do you want people to take away from your book that apply to modern society?

A: This is a group made of people from all walks of life ... writers, teachers, economists, aspiring playwrights. They came from all over and they were what you could call ordinary people in that there were no trained spies in the group. These were people who ... wherever they were in their careers, they used who they were and where they were in life to fight back against the rise of fascism. Whenever we fight oppression in our average day, it challenges us to use our skills and our abilities ... to try to make the world better. To hold fast against the erosion of civil rights of any group. Any people can use what their own skills are to fight back against injustice where they are.

Where: Mystery to Me bookstore, 1863 Monroe St.

Madison author brings his heroes to life in children's books

Author Dean Robbins likes to write about his heroes — be they spunky civil rights leaders or virtually unknown software coders.

Wisconsin is the perfect setting for murder

The sometimes turbulent waters along Door County, the isolation of northern Wisconsin, the bustling urban streets of Madison — the state of Wi…

How Madison saved the Maraniss family

Pulitzer Prize-winner David Maraniss has written about everyone from Bill Clinton to Vince Lombardi, “researching the lives of strangers until…

Author Nickolas Butler’s characters, and the stories they tell, have you thinking about them long after you’ve read the last page. His latest …

Madison writer and illustrator Kevin Henkes says he enjoys writing about artists. Henkes, an artist himself, who won The Caldecott Medal for h…

For years Pat Zietlow Miller has been writing about strength, courage and friendship through picture books that explain these complex ideas wi…

Decking the halls inspires fond memories for author and her characters

In my new novel, “The Christmas Boutique,” octogenarian master quilter Sylvia Bergstrom Compson and her friends prepare for the holidays by de…