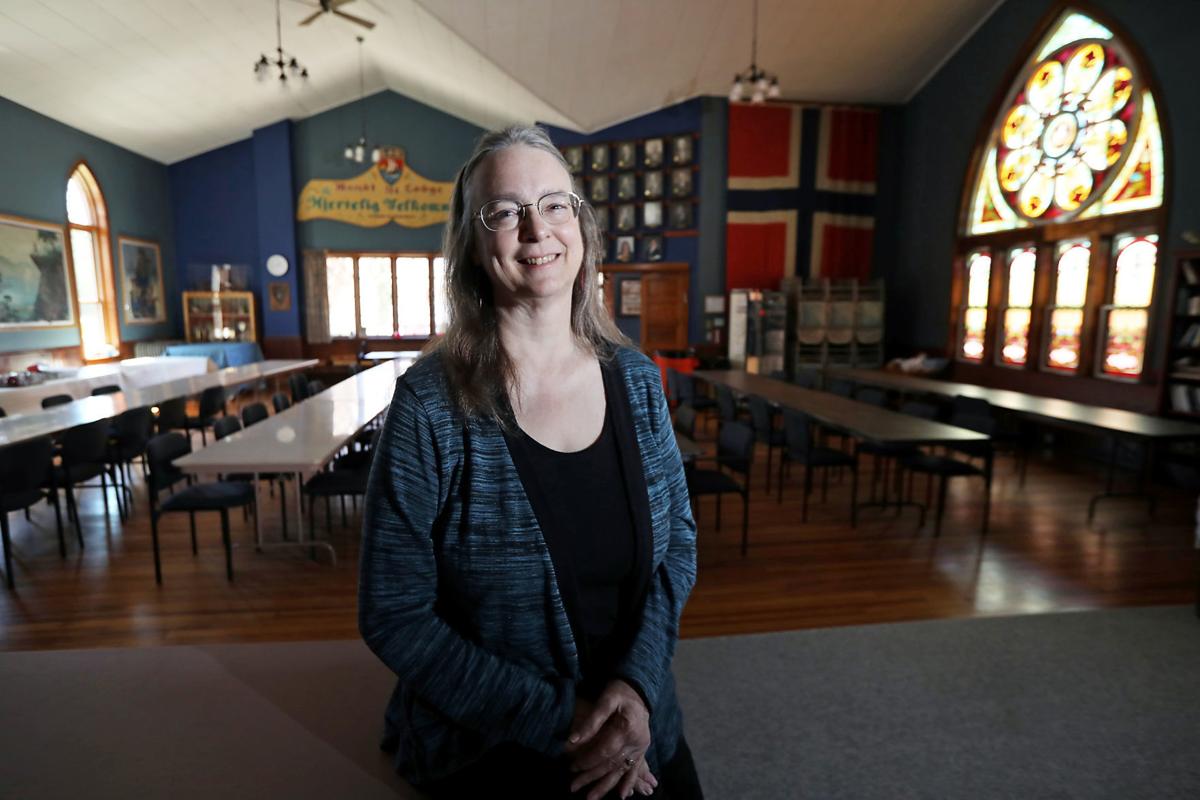 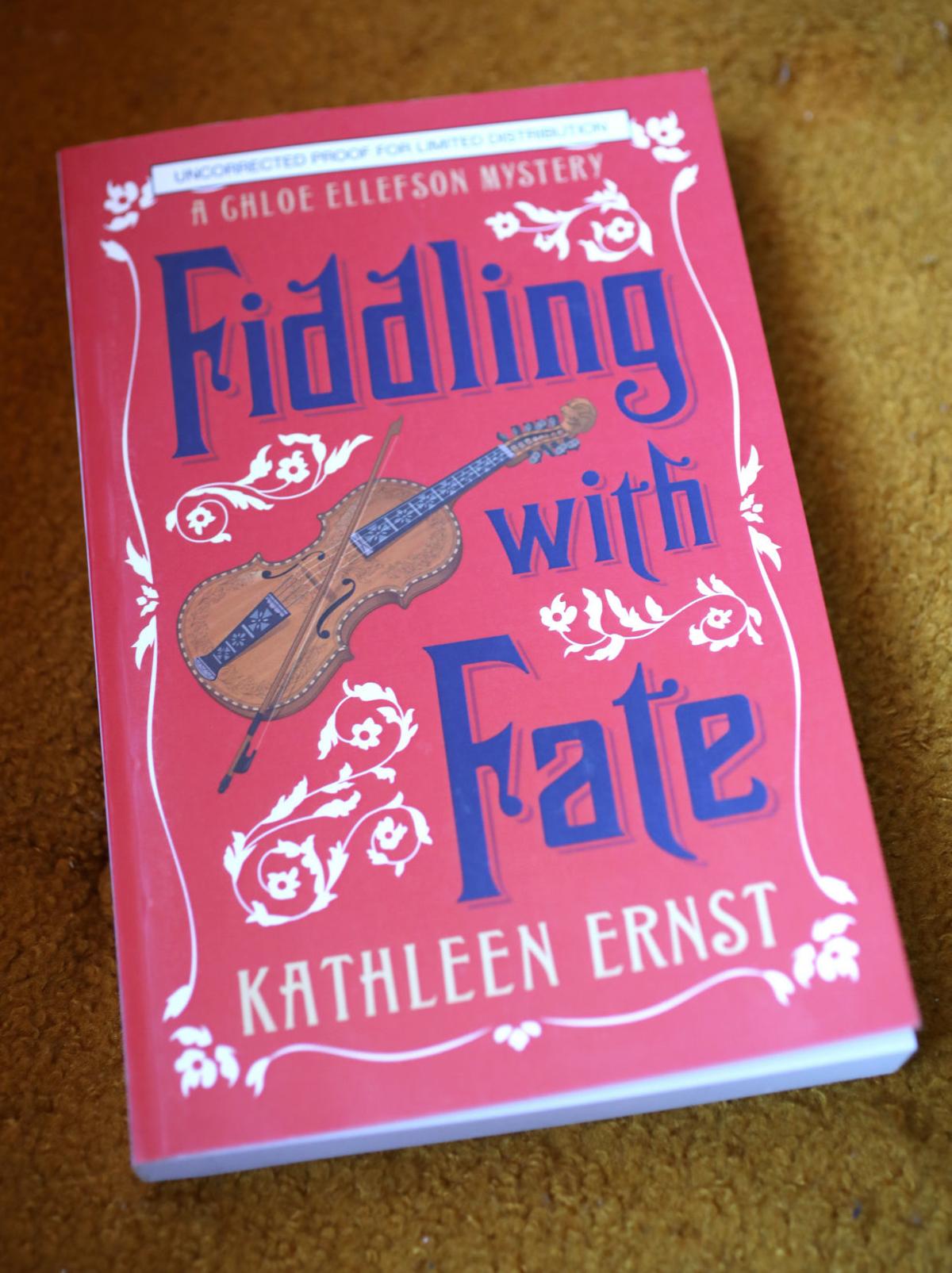 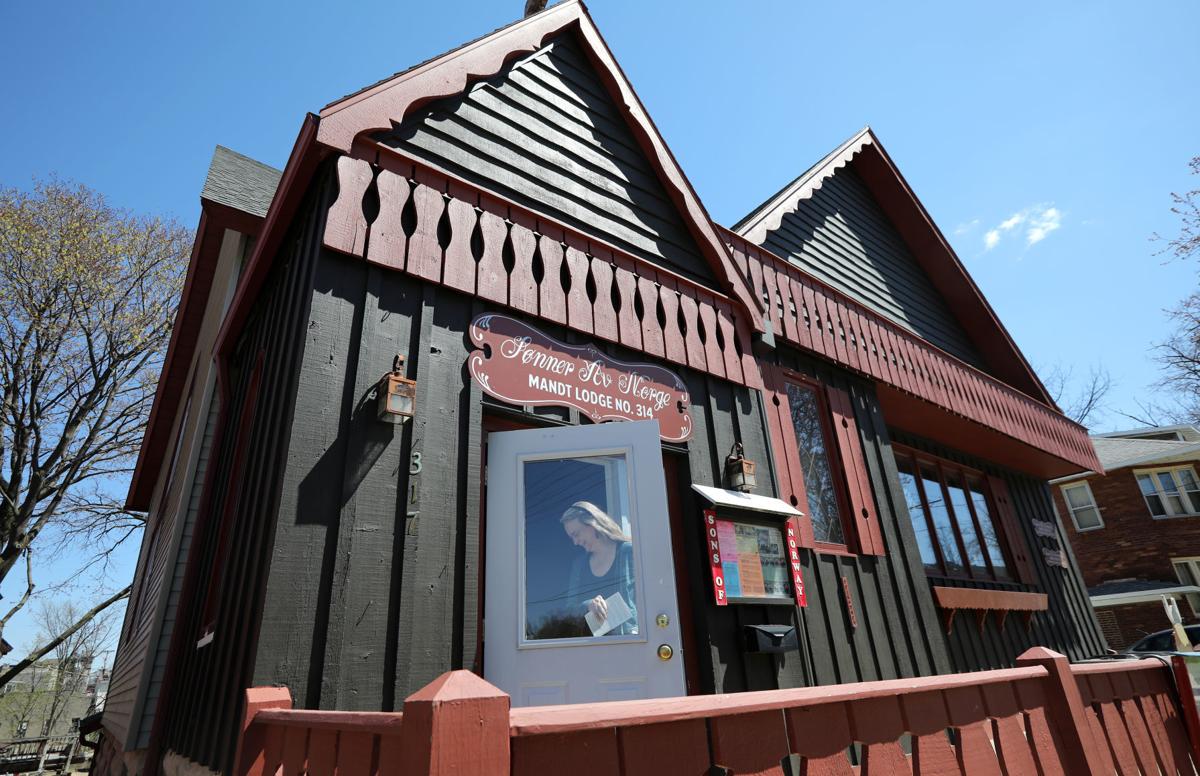 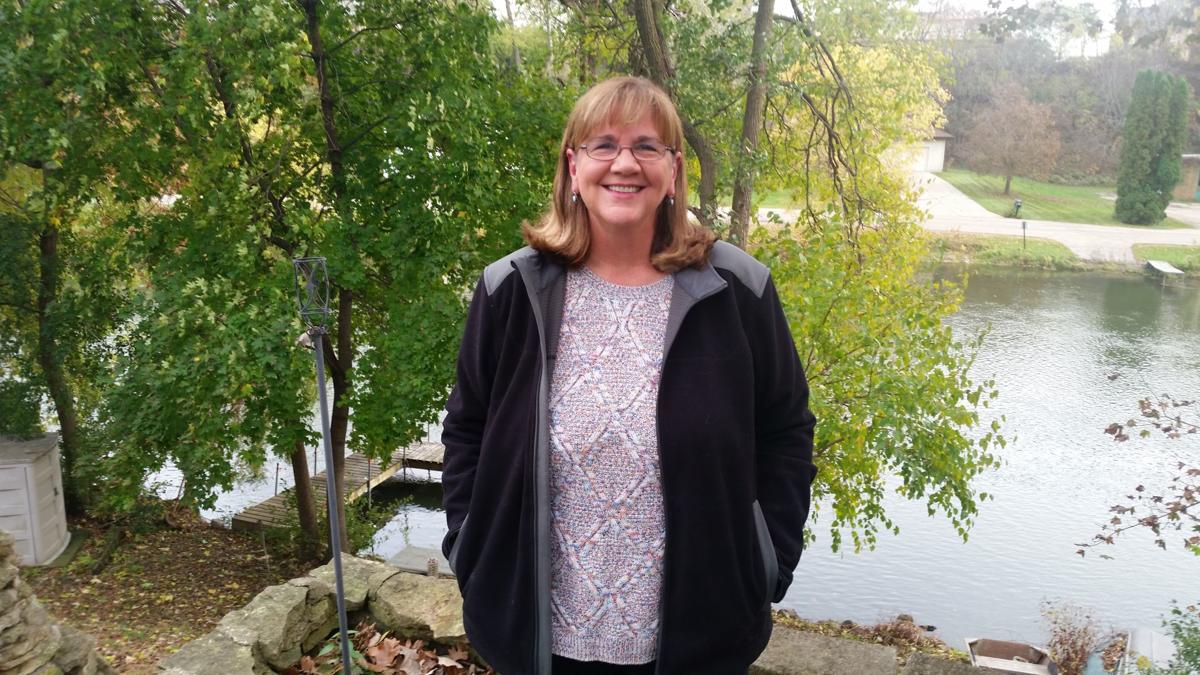 The sometimes turbulent waters along Door County, the isolation of northern Wisconsin, the bustling urban streets of Madison — the state of Wisconsin offers endless inspiration for mystery writers and the novels they set here.

In previous decades, much of the mystery novels were of a more of the “noir” genre, set in Los Angles or New York City, said Victoria Houston, author of the Loon Lake Mystery series set in northern Wisconsin. But as regional and “cozy” mysteries have become more popular, “Wisconsin has come to the fore in the sense of regional mysteries,” Houston said.

“Wisconsin lends itself well to the cozy mystery,” she said, explaining a cozy mystery story line typically involves an amateur sleuth as the main character, usually in a small town setting, with humor mixed in throughout.

“There certainly is a quirkiness to the Wisconsin setting that kind of lends itself to a comedic type of mystery,” she said.

That said, there are plenty of truly scary, real-life characters in the state, such as Milwaukee serial killer Jeffrey Dahmer or Plainfield serial killer Edward Gein.

“I think there are a lot of mysteries (set) in the Midwest,” said Patricia Skalka, who writes the Dave Cubiak Door County Mystery series. “I think you need an interesting setting and an interesting history and Wisconsin has both.”

It was the waters around Door County — sometimes fierce, other times serene — that inspired her first book in her series. “You have this place of such incredible beauty, but there are sinister forces at work,” she said.

“For me, it’s the wildness that you can reach very easily here,” Houston said about what makes Wisconsin an ideal mystery setting. It doesn’t take long to be out of cell phone range on a fishing boat, or at an interesting intersection of public and private domain while fly fishing in the water, she said. “You can be out of touch easily.”

“When I grew up here, my father, who was a dentist, warned me early on to not drive down roads without fire numbers,” Houston said. “You don’t know who lives there.”

But underlying it all “is such a sense of beauty,” Houston said. “I can still drive past a stretch of water that just takes your breath away.”

Several authors say they’ve tried to write mysteries while living in other states, but nothing has worked as well as Wisconsin.

Houston remembers writing one of her first mystery novels and the opening chapters were about a piece of art stolen from an art fair in Kansas City (where she once lived), which around page 45, turns up at the bottom of a northern Wisconsin lake. The feedback was “when the story turned to Wisconsin, it just came alive, it sparkled,” Houston said. That book turned out to be the first in her Loon Lake series set in Rhinelander, Wis.

“If the author is writing from where they have lived personally, there’s just a sense of authenticity to it,” Houston said. “I grew up here (in Rhinelander),” she said. “I can’t write Kansas City like I can northern Wisconsin.”

Amos, who’s also a nurse in Rock County, said she tried years ago to write a book while living in Virginia, but “it never gelled very well for me.”

“I kept working at it (and) when I finally moved to Wisconsin, something about the Wisconsin setting just worked better,” Amos said. “The quirkiness of Wisconsin, the Wisconsin people … everything seemed to work.”

Christine DeSmet, faculty associate in writing for UW-Madison Continuing Studies and director of the June 17-21 Write-by-the-Lake Writer’s Workshop and Retreat, said there are likely three big reasons Wisconsin is home to so many mystery writers.

One is the support writers receive from UW-Madison, UW-Extension and associations throughout the state, DeSmet said in an email. “It certainly helps to have conferences like the annual UW-Madison Writers’ Institute that brings in literary agents looking for mystery books as well as suspense and thrillers,” she said.

The other two reasons Wisconsin has so many mystery writers is because of the varied and interesting cultures, and the state’s geography, said DeSmet, who also is the author of the Fudge Shop Mystery Series set in Door County, and the Moonstone Series set near Superior.

‘Every cave, river and stream’

“Wisconsin is endlessly interesting. For my own series, for example, I knew most people don’t realize that Wisconsin has the largest community of Belgians in the country,” DeSmet said. “My sleuth is a Belgian whose family knows how to make a good booyah and beer and chocolate pies and fudge.”

“As for geography, Wisconsin varies so much that ideas for crimes seem to pop out of every cave, river and stream, lakeshore and hill,” she said. “Writers find characters and crime ideas in our geologic history filled with things like giant beavers, a volcano or two perhaps, and more. Our geography and geology represent a giant puzzle that we’re always exploring, and mystery fiction is about writing one puzzle after another. Thus, there is this synergy with the land. Writers are inspired merely by living here.”

Joanne Berg, owner of Mystery to Me in Madison, said publishers often consider Wisconsin a “fly over” state and send big-name authors to California or New York on publicity jaunts. But “we’re lucky because we have all these wonderful authors right here who want to talk to us,” she said.

“I think we’re rich with an incredible writing community, both in the Madison community and throughout Wisconsin,” Berg said. “People, at least in this area, are pretty highly educated and they like to read. That breeds interest in writing, I think.

“Either that,” she jokes “or the weather’s so crappy they just stay inside and that’s their muse.”

This desire to learn something new, while also getting a little spooked, is the niche that author Kathleen Ernst likes to fill with her Chloe Ellefson Mystery series whose main character is a curator of collections, much like what Ernst used to do when she worked at Old World Wisconsin.

“I wanted to celebrate Wisconsin’s ethnic diversity,” Ernst said of her series. The stories of immigrants who came to Wisconsin are “compelling, fascinating, heart-wrenching stories,” she said.

“When I can, I try to pick a site where the stories about the site will reflect something that’s going on in (main characters) Chloe and Roelke’s life,” Ernst said.

“There are so many wonderful places to spotlight and so many incredible stories to share,” she said.

Victoria Houston, Beth Amos, Patricia Skalka and Kathleen Ernst are among the authors who have books out, or coming out, yet this year to feed the Wisconsinite mystery reader itch to solve fictitious mysteries that highlight all that is wonderfully sinister about the state.

Patricia Skalka's fifth book "Death by the Bay" came out earlier this month. She said unlike her first four novels where the plots are completely fictionalized, "Death by the Bay" is based on a real story told to Skalka by her mother. "My mother grew up on a farm in central Wisconsin. This is a story of what happened to a neighboring family," she said.

The story was "so awful it stayed with me," Skalka said. "It has to do with people in power taking advantage of people who are powerless."

Victoria Houston's "Dead Big Dawg," comes out in June and will be the 19th book in her Loon Lake series. "When the bodies of a wealthy Chicago industrialist and his wife are discovered in their summer home at the same time that a local lawyer disappears and foreign hackers take over a nearby computer, life becomes complicated for Loon Lake Chief of Police Lew Ferris," Houston said in an email. She will be at Madison's Mystery to Me bookstore on June 14 to sign copies of her new book.

Annelise Ryan's (Beth Amos) had "Dead of Winter," her 10th novel, published in February and will have another novel out in July. "Needled to Death" is a spin off from her Mattie Winston series featuring the social worker character Hildy Schneider.

Kathleen Ernst's latest, "Fiddling with Fate," comes out Sept. 8. "The book starts with Chloe and Roelke in Stoughton, but most of the book is set in Norway," Ernst said. Chloe accepts a consulting job in Norway looking at its fiddling and dancing traditions, but also uses it as a chance to dig into her own family history, she said.

This is the second non-fiction book for Dean Strang, perhaps most widely known for his work defending Steven Avery and the subsequent documentary “Making a Murder.”

Milwaukee native Mildred Fish Harnack may not be a household name, but in the 1930s and early 1940s she was a member of an underground network working to defy fascism in Hitler’s Nazi Germany. 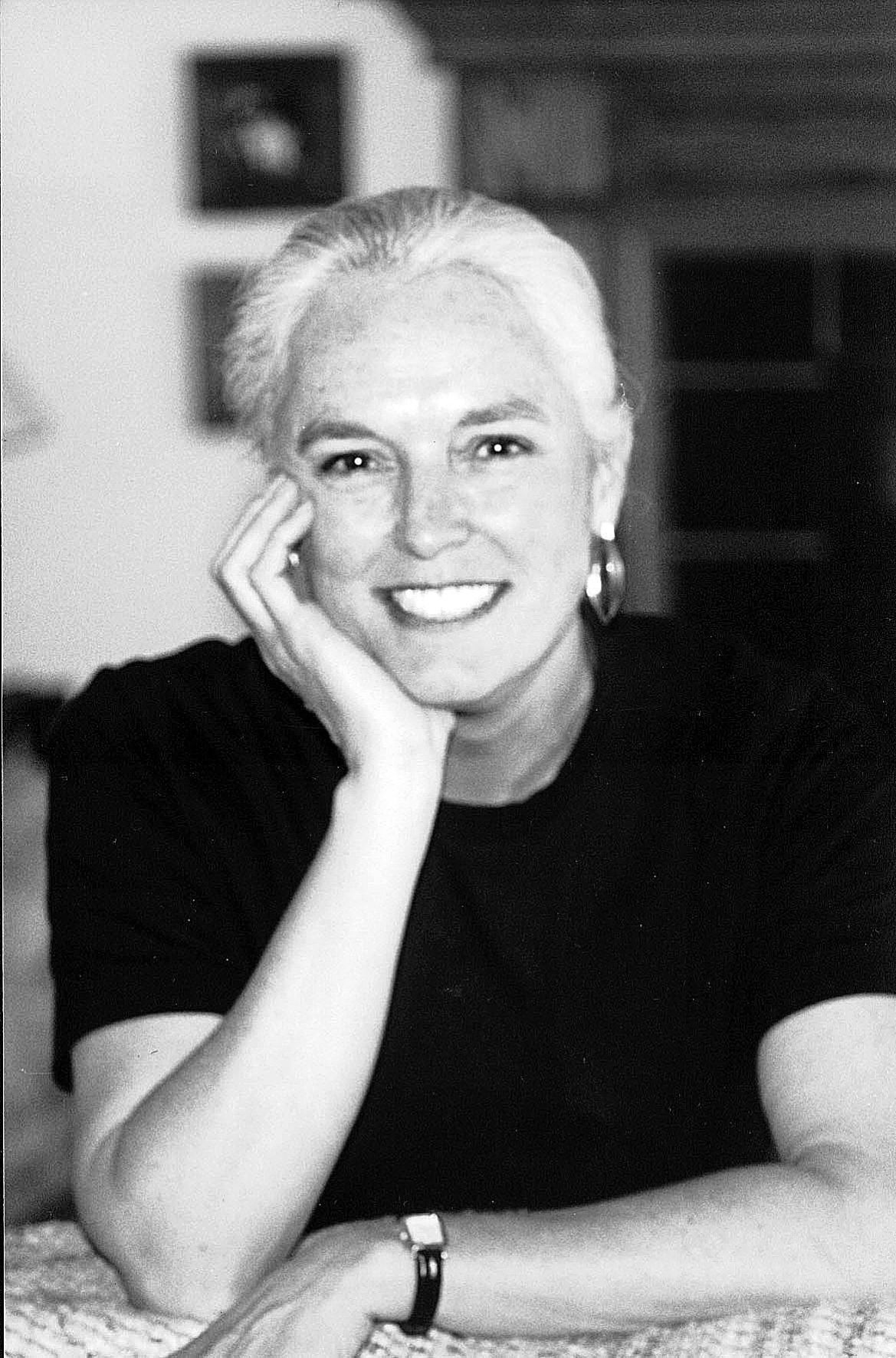 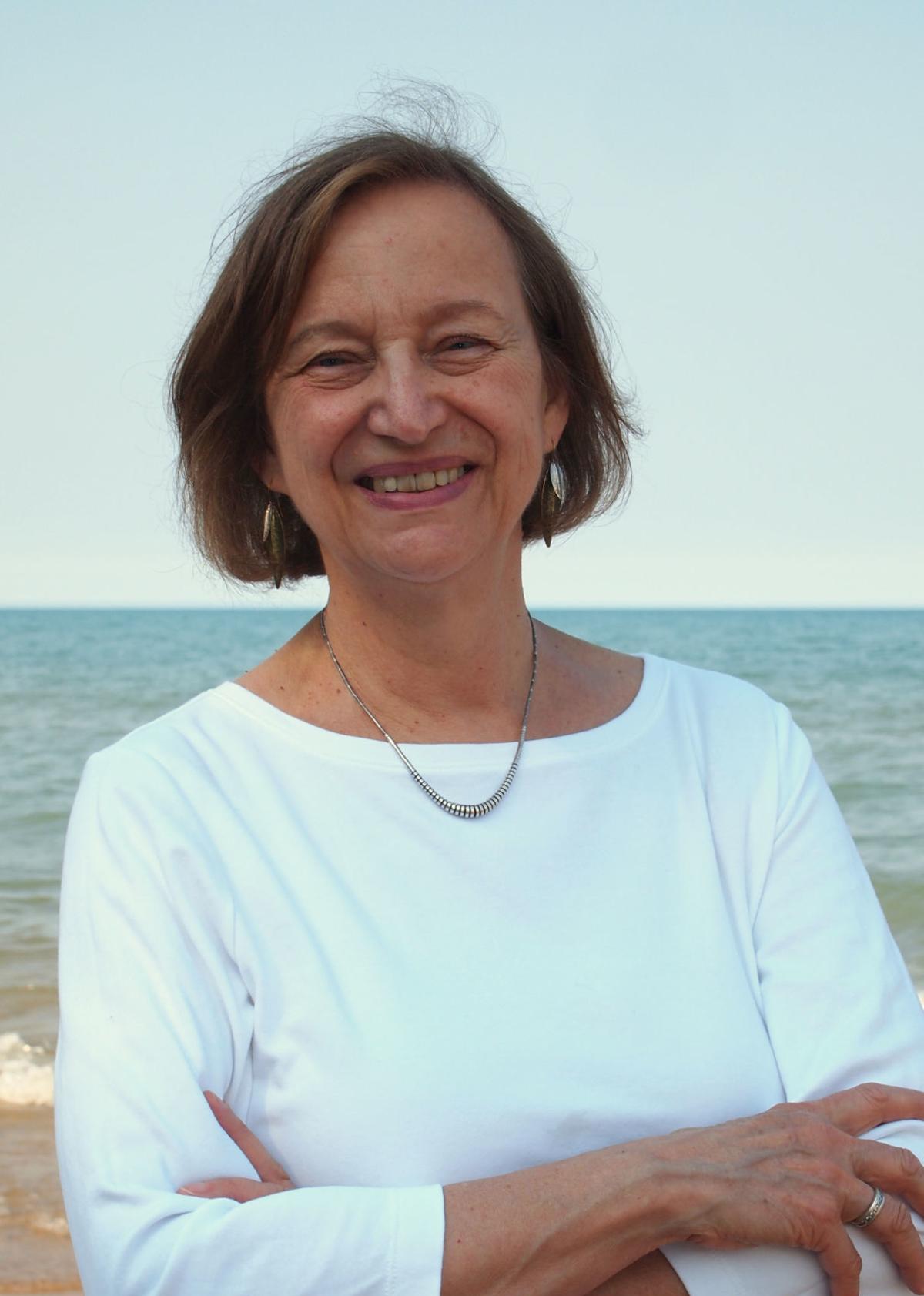