In yet another visual transition for Downtown Madison, workers on Tuesday removed more of the profound and protective plywood-turned-artwork that has covered exterior windows of the Overture Center for the Arts since last summer.

The vast murals, commissioned by the city and painted on plywood during last summer’s period of civil unrest and demonstrations for social justice, are being transferred to a city storage facility where they will be catalogued and archived for historical preservation and potential future display.

Overture Center, located at 201 State St., will not fully reopen to the public until fall for Broadway shows, touring acts and art exhibitions. But this latest change “is a step in the right direction” toward a return to hosting live performances, said chief financial officer Chris Vogel.

“We are thrilled to see Overture Center unveil itself ... and hopefully bring even more art back to Downtown,” said Tiffany Kenney, executive director of the Madison Central Business Improvement District, or BID.

The building’s entrance suffered “a sad coincidence” on May 29, when a vehicle missed a curve at the corner of Dayton and State streets and plowed into the building, damaging both the exterior and causing some interior damage, Vogel said.

Over the next two nights, after a protest Downtown against police brutality that turned violent, rioters smashed windows and did further damage along the State Street side of Overture Center and the adjoining Madison Museum of Contemporary Art.

The damage to the building from the two incidents totaled $600,000, Vogel said. Most was covered by insurance, although Overture had to pay a $10,000 deductible for each of the two incidents, he said, and the claims have caused Overture’s insurance premiums to rise.

“We’ve been operating for over a year now without any earned revenue, so any unexpected financial incident like that really makes it hard to plan,” he said.

Although the entrance to Overture’s Rotunda lobby will remain closed to the public for now, some of the 10 local arts organizations that are among Overture’s resident companies have started to venture back into the building, and a few weddings are scheduled there this summer, Vogel said. Overture’s first public event in over a year was an American Red Cross blood drive held last month, he said.

Opened in stages from 2004 to 2006, the $205 million arts center is home to five galleries and seven performance venues, including Overture Hall and Capitol Theater.

A full season of Broadway touring shows is scheduled for the 2021-22 season, and Overture will announce its fall/winter schedule of other national touring acts, called “Overture Presents,” on Monday. Some of Overture’s resident companies already have announced a full slate of performances for 2021-22 as well.

According to the center’s website, nearly half of the visitors to Overture Center in normal times attend free or low-cost community and education programs, such as Kids in the Rotunda, OnStage Student Field Trips for schoolchildren or the Jerry Awards, showcasing outstanding high school students in musical theater.

Opened in stages from 2004 to 2006, the $205 million arts center is home to five galleries and seven performance venues, including Overture Hall and Capitol Theater.

Southern Wisconsin will see a sunny Wednesday and more rain overnight, with highs staying below normal for the next week for southern Wisconsin, according to forecasters. 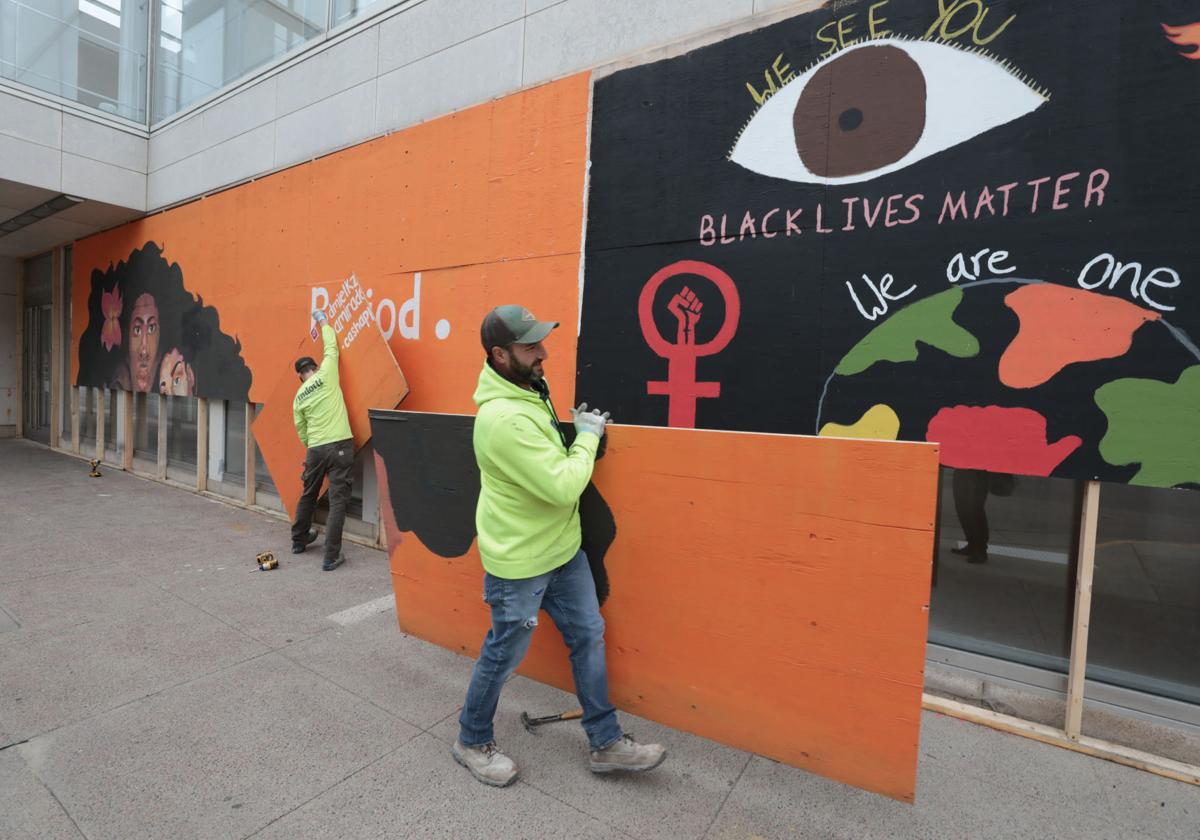 Workers with Findorff Construction, including Ty Swenson, right, and Marcus Buss, disassemble a mural recognizing the Black Lives Matter movement Tuesday morning on the façade of the Overture Center for the Arts. 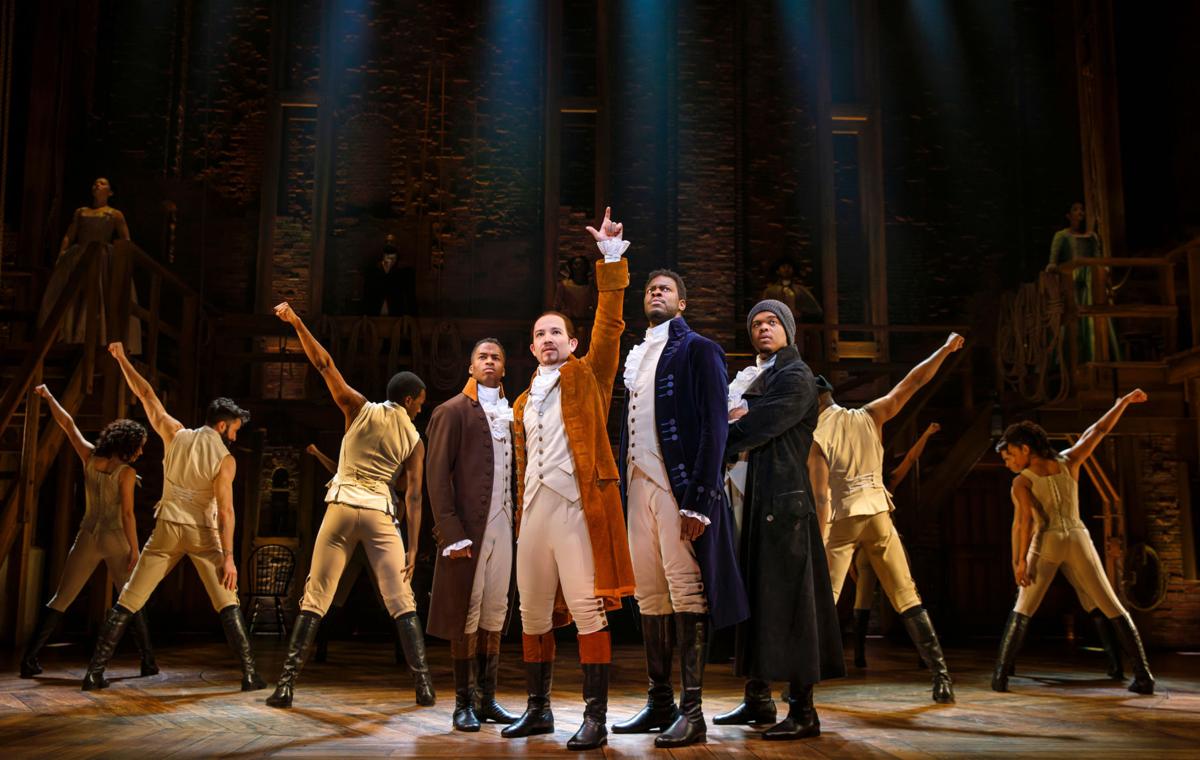 The Broadway tour of "Hamilton" will return to the Overture Center in summer 2022, but for now the arts center remains closed to the public. 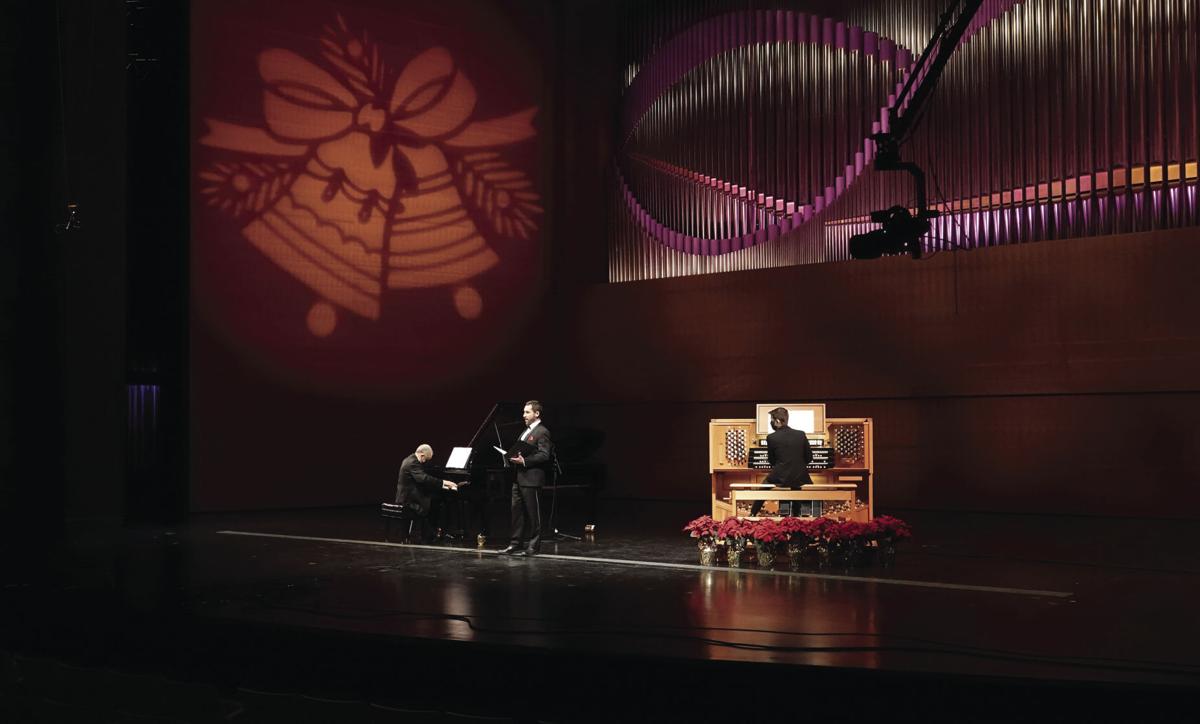 Madison Symphony Orchestra music director and pianist John DeMain, vocalist Kyle Ketelsen and organist Greg Zelek performed while keeping socially distant on the Overture Hall stage for "A Virtual Madison Symphony Christmas 2020." The MSO and other resident companies at Overture are making plans for a full season of live performances in the 2021-22 season.