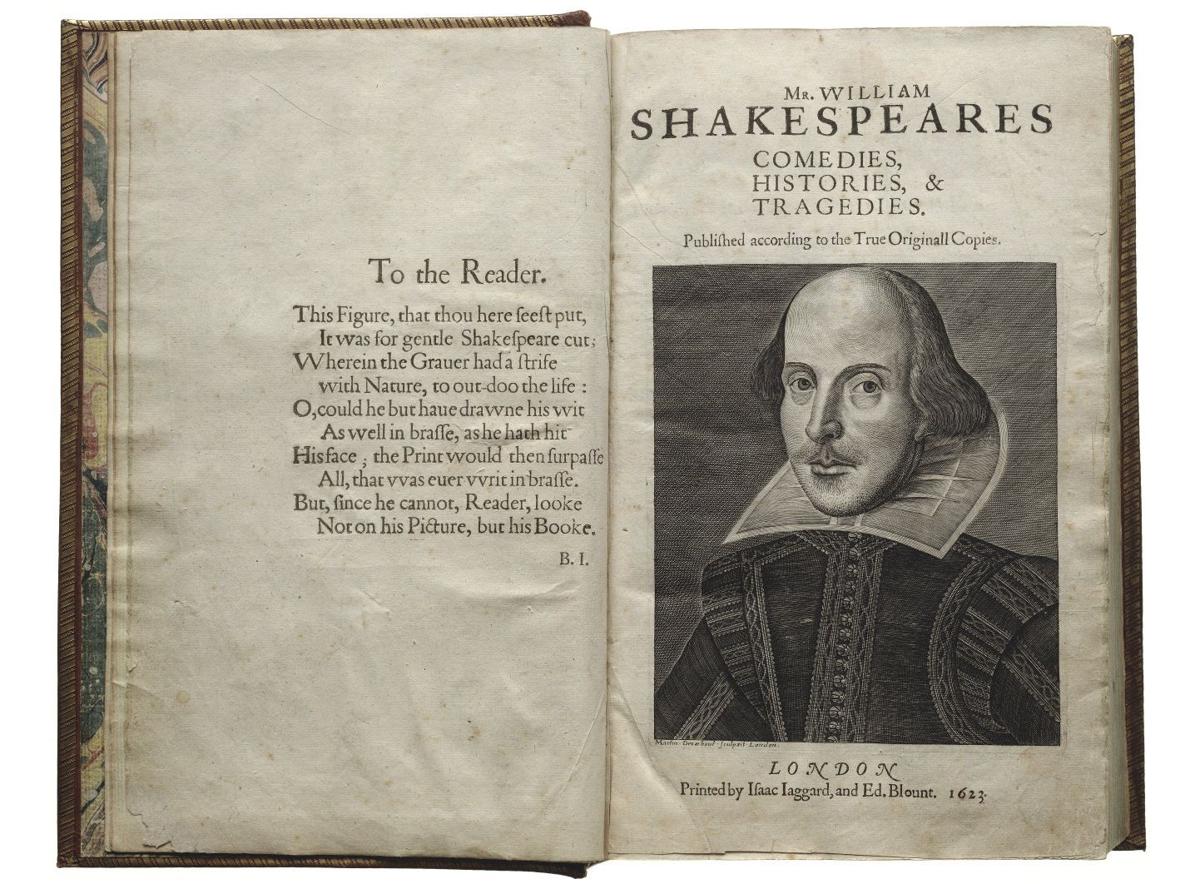 An original copy of the Shakespeare First Folio, printed in 1623, will come to Madison in November as part of "First Folio! The Book that Gave Us Shakespeare," a traveling exhibition from the Folger Shakespeare Library, in partnership with the Cincinnati Museum Center and the American Library Association. 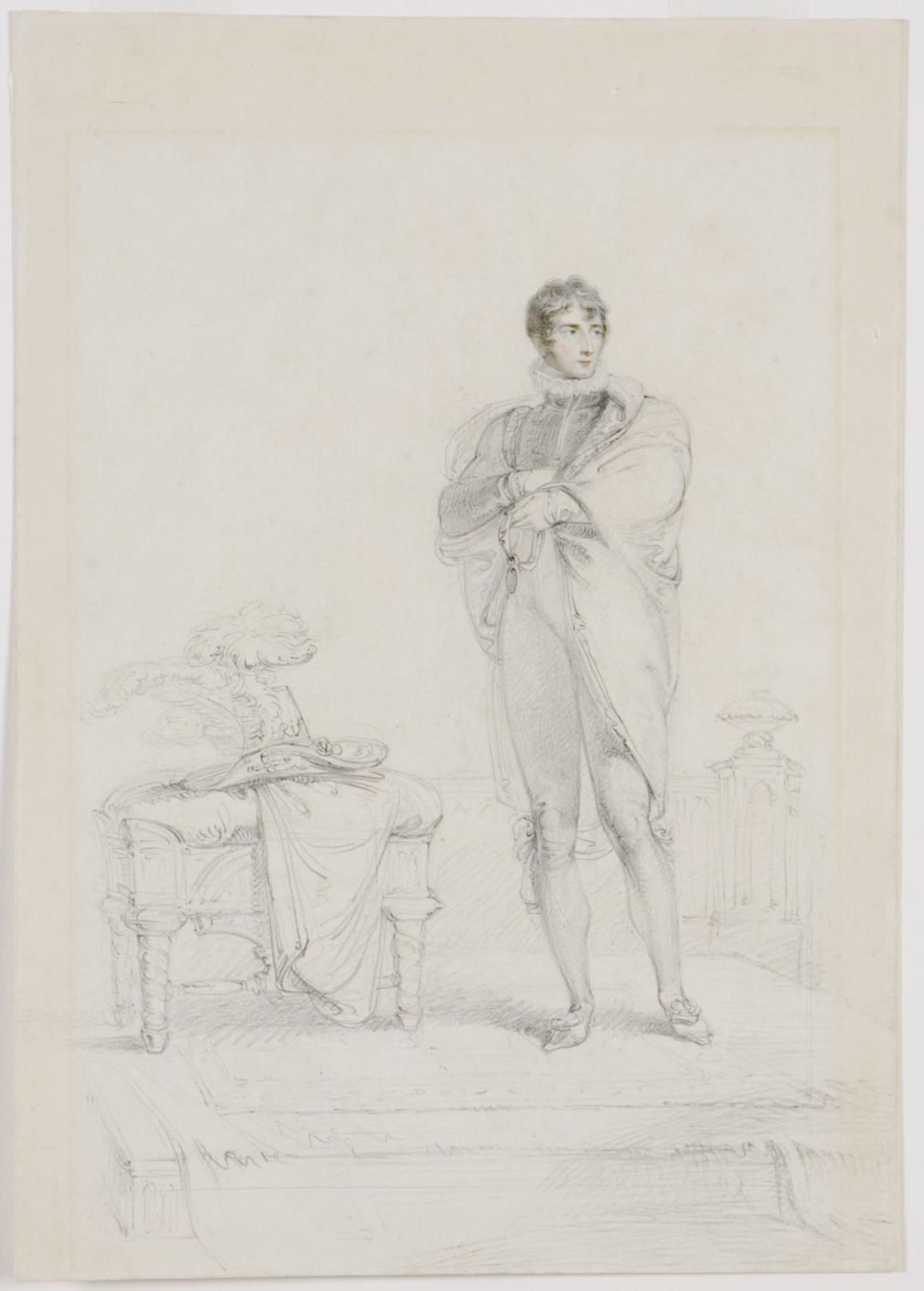 This 18th-century portrait of actor John Philip Kemble as Hamlet by Richard Cosway is among the artworks to be featured in an exhibition at the Chazen Museum of Art in November. The museum will be hosting a rare copy of the First Folio of Shakespeare's plays from Nov. 3-Dec. 11. 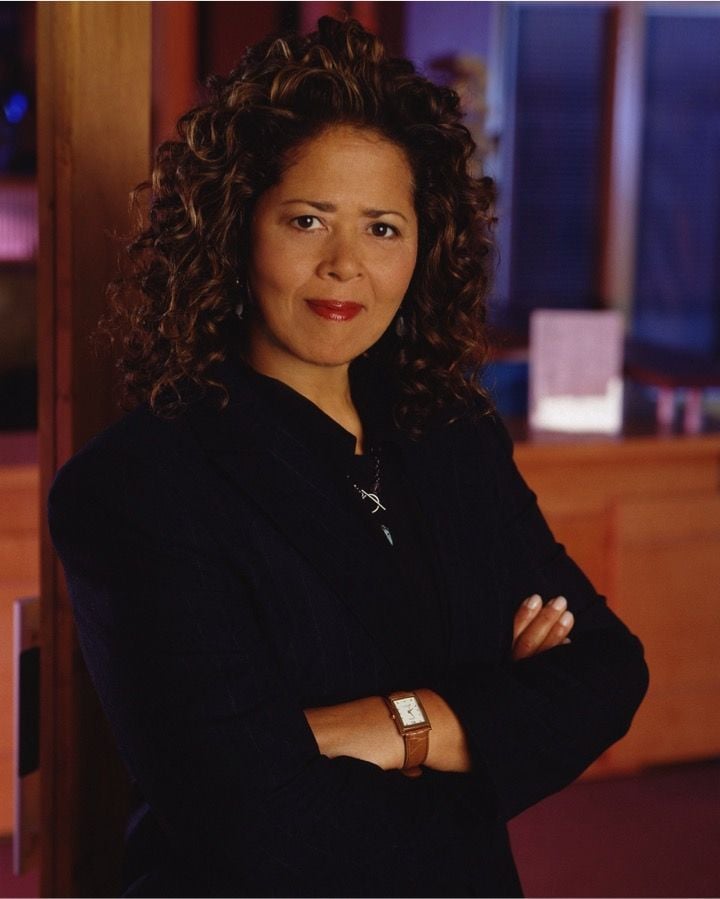 One of the most important books in the history of Western Civilization is heading to Madison.

The First Folio, a printed collection of William Shakespeare’s plays that dates back to 1623, is scheduled to arrive in November. Shipped under conditions of top security and high-tech climate control, the book will be on display for nearly six weeks at the Chazen Museum of Art, with UW-Madison Libraries and UW Arts Institute as co-presenters.

“This was a book that was printed by two of (Shakespeare’s) actor buddies seven years after he died,” said Ron Parker, an Appleton high school teacher and founder and director of Wisconsin’s Summer Shakespeare Theatre. “This is one of the greatest gifts that has ever been given, not only to the literary world, but to the world.”

Parker is among many players in “Shakespeare in Wisconsin 2016” — a statewide celebration of Shakespeare’s work rooted in the First Folio’s tour to Madison. Parker, for one, is piloting materials in his own school district that he plans to soon send statewide, to help K-12 teachers next fall integrate Shakespeare into courses ranging from English and history to math, astronomy, natural sciences, music and even consumer education.

“The idea is to see how pervasive this writer is, how much a part of … the fabric of our society he is,” he said. “We speak Shakespeare every day without even realizing it. We find him in advertising. We find him in pop culture. We find references to him every single day. By finding a way to connect Shakespeare to nontraditional subject matters, we can see just how large an influence this man has had over the past four centuries.”

That cultural reach will be celebrated in a range of events throughout the year. “Shakespeare in Wisconsin 2016” kicks off April 20 at UW-Madison’s Memorial Union, with an appearance by the Young Shakespeare Players, drop-in events from American Players Theatre, and a one-hour lecture by the actress and playwright Anna Deavere Smith. Visitors can attend a late-night sonnet contest or make an artwork featuring one of the countless quotes from Shakespeare that pervade the English language.

Many more events will follow, including a 24-hour marathon of Shakespeare readings at APT in Spring Green on April 23, the day accepted as Shakespeare’s birth date in 1564 and also the date of his death in 1616.

New Orleans is holding a jazz funeral for the Bard. In South Dakota, Hamlet’s “To be or not to be” soliloquy is being translated into the Lakota language.

A library in Miami organized a hot-pepper eating festival followed by a reading of Shakespeare’s sonnets. In Denver, a planetarium is demonstrating what the night sky looked like in Shakespeare’s time.

“Every community finds its own way in,” said Witmore, who taught Shakespeare and English at UW-Madison before he was appointed to head the Folger in 2011.

The First Folio coming to Madison is actually one of 234 known copies worldwide (the discovery of the latest one, on a small Scottish island, was revealed only this week) and 82 owned by the Folger, which is home to the world’s largest Shakespeare collection.

When Shakespeare died in 1616, only about half of his plays had been published, and those were in small, one-play editions called quartos. Shakespeare’s friends and fellow actors John Heminge and Henry Condell published 36 of his plays in a larger format, called a folio.

Half of those plays — including “Macbeth,” “Julius Caesar,” “As You Like It,” and 15 others — had never been published before, and likely would have been lost if not for the First Folio. The significance of the book cannot be understated.

“We have digitized the copies that are on the road, and if you see the exhibition, you can download an app that will let you browse the First Folio digitally,” Witmore said. “But that is not the same as the physical book that was responsible for transmitting these stories to us.”

“There’s something about the real thing that makes you feel the fragility of our connection with the past, but also the power of these objects that have survived,” he said. “The reactions have been very interesting. Sometimes people cry when they see the book — I’ve seen that happen many times. I’ve also heard a story about the visit at Oklahoma where someone proposed marriage” at a First Folio exhibit.

When applying for a First Folio to visit Madison, UW-Libraries turned to the Chazen, which is equipped to meet the Folger’s high requirements for controlling conditions of temperature, humidity and daylight. The book will be delivered to the museum’s second-floor Garfield galleries by a Folger courier, and displayed in a specially designed glass case. It will lie open to the page bearing Hamlet’s famed “To be or not to be” speech.

An opportunity of this sort “is unheard of,” said Susan Barribeau, a UW-Madison collections librarian who is coordinating “Shakespeare in Wisconsin 2016.”

“The Folger has 82 First Folios, and these things simply do not leave the vault except for research purposes. So this is a huge undertaking,” she said.

Cultural organizations also are responding in a huge way.

Madison Opera has programmed a November performance of the opera “Romeo and Juliet,” directed by Doug Scholz-Carlson, who is also artistic director of Minnesota’s Great River Shakespeare Festival.

The popular Madison Early Music Festival will devote its week-long gathering of musicians in early July to “Shakespeare 400 — An Elizabethan Celebration.” Workshops, a free public dance, and Shakespeare-related concerts by the Newberry Consort, the Baltimore Consort and others are among the offerings.

Randall Duk Kim and Anne Occhiogrosso, the founders of the acclaimed American Players Theatre, will appear at Shannon Hall Oct. 21 in an original performance.

Many more theater and arts presenters, large and small, are on board with “Shakespeare Wisconsin 2016,” Barribeau said. An open-source calendar — where groups and the public can add to a growing list of Shakespeare-related events across the state — is online at shakespeare.library.wisc.edu.

The Chazen show will include not only the First Folio itself with supporting materials from the Folger, but also an exhibit organized by Drew Stevens, the museum’s curator for prints, drawings, and photographs.

With Elizabethan-era art hard to come by, Stevens turned to the “spectacular” photo collection at the Wisconsin Center for Film and Theater Research, he said.

“What I found was a vast trove of materials” from Shakespeare productions, many of them “Hamlet.” That led Stevens to design an exhibit with works ranging from an 18th-century Richard Cosway drawing titled “Portrait of John Philip Kemble as Hamlet,” to a 1993 movie poster starring Mel Gibson.

“Our goal is not to make Shakespeare a 17th-century dude,” Stevens said. “It’s to show that his plays continue to be performed and enjoyed, and they continue to be approached by contemporary artists — both theater designers, and painters and printmakers.”

“These stories are stories that we already carry around with us,” agreed the Folger’s Witmore.

“If you’re a teenager and falling in love, you are Romeo, or you are Juliet, and you are going to go out on that balcony. If you are an outsider, you may someday feel like Othello, and you’re going to have to meet and resist your Iago, who is whispering terrible lies into your ear.”

“These are situations that everyone faces,” he said. “These stories are already in our dreams and in our lives.”

Vigil in the Woods: American Players Theatre marks the 400th anniversary of William Shakespeare’s death with “A Vigil in the Woods: APT’s Celebration of Shakespeare’s Words” on the APT stage, Spring Green. Favorite passages from Shakespeare will be recited non-stop from 7 a.m. April 23 to 7 a.m. April 24. Free and open to the public; visitors encouraged to come and go. Held on the outdoor stage or in the indoor Touchstone Theatre in case of inclement weather.

Shakespeare in Wisconsin 2016!: An evolving list of events across the state is online at shakespeare.library.wisc.edu. On social media, use #UWShakespeare2016 and #Shakesconsin

Get ready for Shakespeare’s dramatic entrance.

An original copy of the Shakespeare First Folio, printed in 1623, will come to Madison in November as part of "First Folio! The Book that Gave Us Shakespeare," a traveling exhibition from the Folger Shakespeare Library, in partnership with the Cincinnati Museum Center and the American Library Association.

This 18th-century portrait of actor John Philip Kemble as Hamlet by Richard Cosway is among the artworks to be featured in an exhibition at the Chazen Museum of Art in November. The museum will be hosting a rare copy of the First Folio of Shakespeare's plays from Nov. 3-Dec. 11.