If the provocative name doesn’t pique your interest, the multi-layered complexity of the story should pull you in to Music Theatre of Madison’s upcoming show, “Indecent.”

The play, opening later this month, is a show within a show, telling a story that spans nearly four decades.

In a very complex nutshell, it’s a musical/play about a play called “God of Vengeance” written in 1907 in Poland. In “God of Vengeance,” the main character, Yekel, is a Jewish brothel owner who later learns his daughter has fallen in love with one of his prostitutes. The story of “Indecent” tells how the play “God of Vengeance” was performed with success in Europe, but faced challenges when the troupe comes to perform it in America.

Meghan Randolph, the show’s director, describes “Indecent” as a kind of historical fiction.

“The play ‘God of Vengeance’ actually happened and played to great success all over Europe,” she said. It was translated into English and brought to Broadway, but made some changes to where the love affair between the two women seemed more about sex than love, she said. The play shut down after a few weeks and all of the actors were brought up on obscenity charges, she said.

The play “Indecent” imagines what led up to the Broadway production, the troupe performing the show and what followed for the people involved after the show was shut down.

The Madison production has seven actors along with three musicians, who play on stage with the cast throughout the performance.

If the play alone sounds like complex storytelling, throw in that some of the story is performed in Yiddish and German.

While 90 percent of the show is in English, Yiddish and German are both spoken and sung in the play and experts were used to help the actors learn the languages. The (German and Yiddish) languages are very similar, but certain words are pronounced differently in each language, actor Micah Cowsik-Herstand explains. “We had to make sure we keep those two things honest.”

“The play is trying to do justice to the story of the real people who lived it,” said Cowsik-Herstand, who lives in New York City, but grew up in Madison and decided to spend about six weeks in town when he was cast as Lemml.

Lemml is both the stage manager of the play within the play, but also functions as a narrator, Cowsik-Herstand said.

And while all the other actors play multiple roles, Lemml “is the one character in the show that doesn’t change,” he said, adding the play starts in 1906 when Lemml is 18 years old and continues until 1952.

Cowsik-Herstand said he’s heard “Indecent” described as a type of ghost story, where the characters have this unfinished business and “they want people still alive to value what they value.”

After seeing the show on Broadway, “I walked away from it feeling … this deep responsibility to recognize the culture I came from and what I’m going to pass on to the next generation. I really hope to do justice to that in this show,” Cowsik-Herstand said.

And, he said, that’s a concept that anyone watching the show can relate to.

Whatever culture people come from, they can think about what they’ve learned from their ancestors and what’s important to pass on, he said.

“It deeply respects tradition, but is also deeply progressive,” Cowsik-Herstand said of “Indecent.”

At least three of the actors in “Indecent” are Jewish themselves, leading to even more meaningful roles.

Lizzie Cutrupi is a Chicago-based actress who plays multiple female roles in “Indecent.” Cutrupi said she’s done a lot of research to be able to do the five different characters she plays as “I’ve never really done a role quite like this.”

Cutrupi also is Jewish and said she “grew up with Yiddish in my ear.”

“I was lucky enough that I grew up with that sort of feel of the language in my mouth already,” she said.

However, “I’ve never played a Jewish character. So this is really interesting to connect to in that way. That was one of the reasons I immediately knew I wanted to do it,” she said of how the role complemented her family’s background. “It’s made me think a lot about what it means to be Jewish.”

She’s discussed the play with her mom, who’s “excited to get to see a Jewish show that isn’t ‘Fiddler on the Roof.’”

Cutrupi said anyone who sees the show will leave making some sort of connection.

“As a whole, what I hope anybody takes away is that ‘Indecent’ is more than just a representation of pain and sadness of Jewish people. Part of what makes the show amazing is that it transcends race and sexuality and religion.”

Line between play and musical

Randolph said plays like “Indecent” walk the line between a play and a musical, and is a way for Music Theatre of Madison to look at what the future of musical theater is. “The way the music is used is really unusual,” she said.

For Mark Wurzelbacher, the play’s musical director, and the other two musicians — violinist Rin Ribble of Madison and clarinetist Taryn O’Neill Petterson — this is one of the first times during a performance where the audience can see them playing.

“We are not in a pit for this show, not in another room piped in, we’re walking around and we’re a part of the scenes,” Wurzelbacher said, adding “usually I don’t have to worry what my face looks like when I play.”

“I do a lot of music directing for musicals, but this is definitely a little bit different,” Wurzelbacher said.

The songs in “Indecent” are not long or “drawn-out” like in traditional musicals, he said. The music is instead used to “punctuate and frame important moments,” he said. “The music helps to locate … to tie a couple of the points together.”

He describes the instrument as “similar to the piano, but very different.”

“There’s a lot of walking and playing,” he said, “like marching band on steroids.”

After teaching himself over the past year, “I kind of want to join a polka band,” he jokes. “It’s very fun to play.”

Erica Halverson is an education professor at UW-Madison, but is excited to be able to employ her “side hustle” as an actress as part of “Indecent’s” ensemble.

“I study how people learn in and through arts-based experiences,” Halverson said. “My passion is telling stories in innovative ways that don’t normally get told. This play in particular is right in my wheelhouse with the way the story is told.”

From the time frame, to the multiple characters telling stories in multiple ways, in English, Yiddish and German, “we’re using a huge range of roles to communicate these ideas.”

Halverson, who is Jewish, said performing a period of time that some of her family experienced is “extra special for me.”

Theatre LILA puts its stamp on 'Romeo and Juliet'

“I get to sort of embody this thing that actually happened to a group of my own family members from Kiev,” she said.

“It sounds very complex, and it is,” Randolph said of “Indecent.” And “it can sound a little academic, or that it’s going to be dry and the thing is, (playwright) Paula Vogel has written in so much beautiful love and emotion in this story and that’s why it’s been so successful,” she said. “She captures the humanity so beautifully.”

Randolph adds it’s not just a play for Jewish people, or people who are gay or lesbian.

It’s for “anyone who ever loved anything or cared about anything. Someone who believes in the power of art will take something from it.”

What: Music Theatre of Madison's "Indecent" 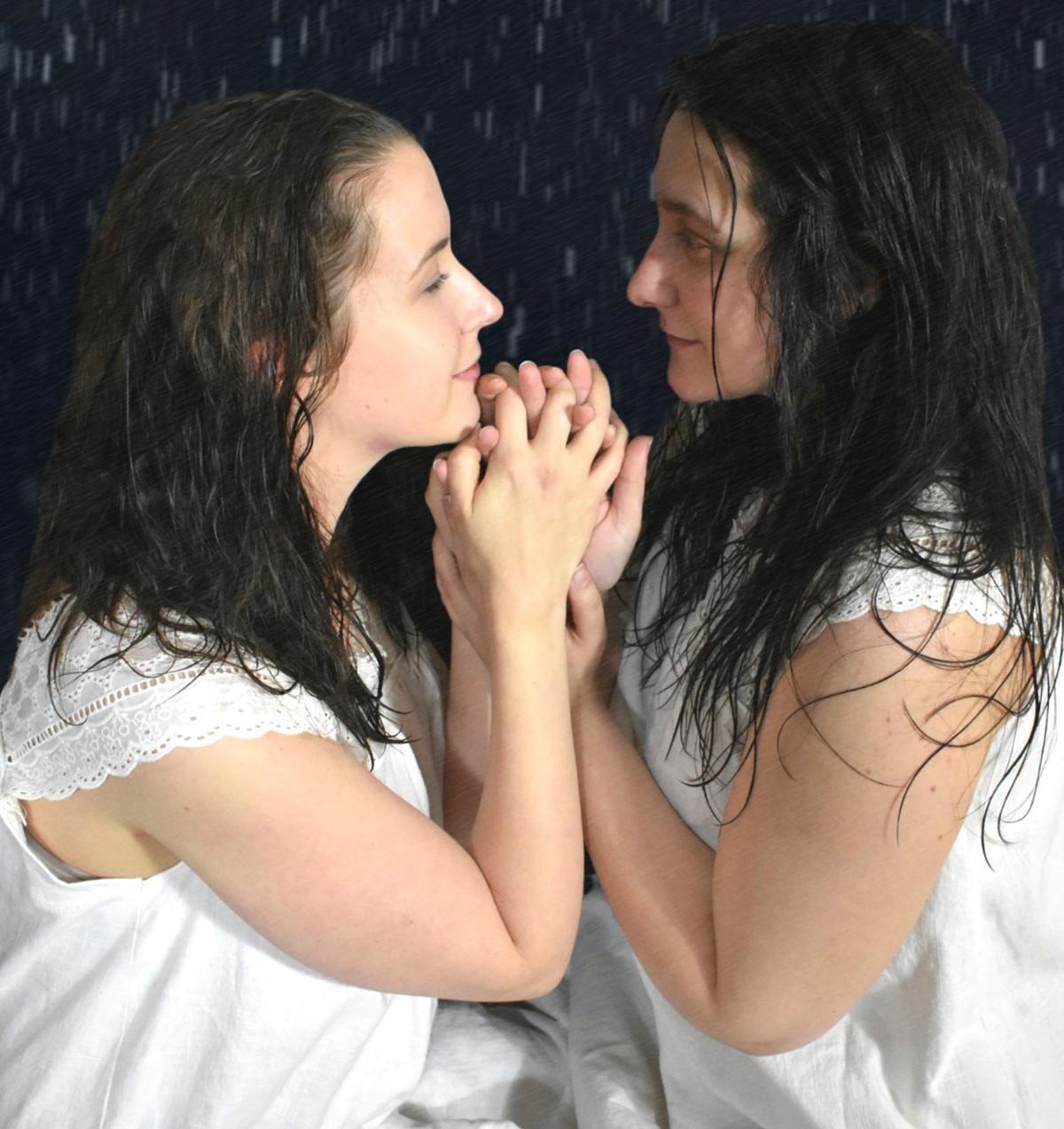 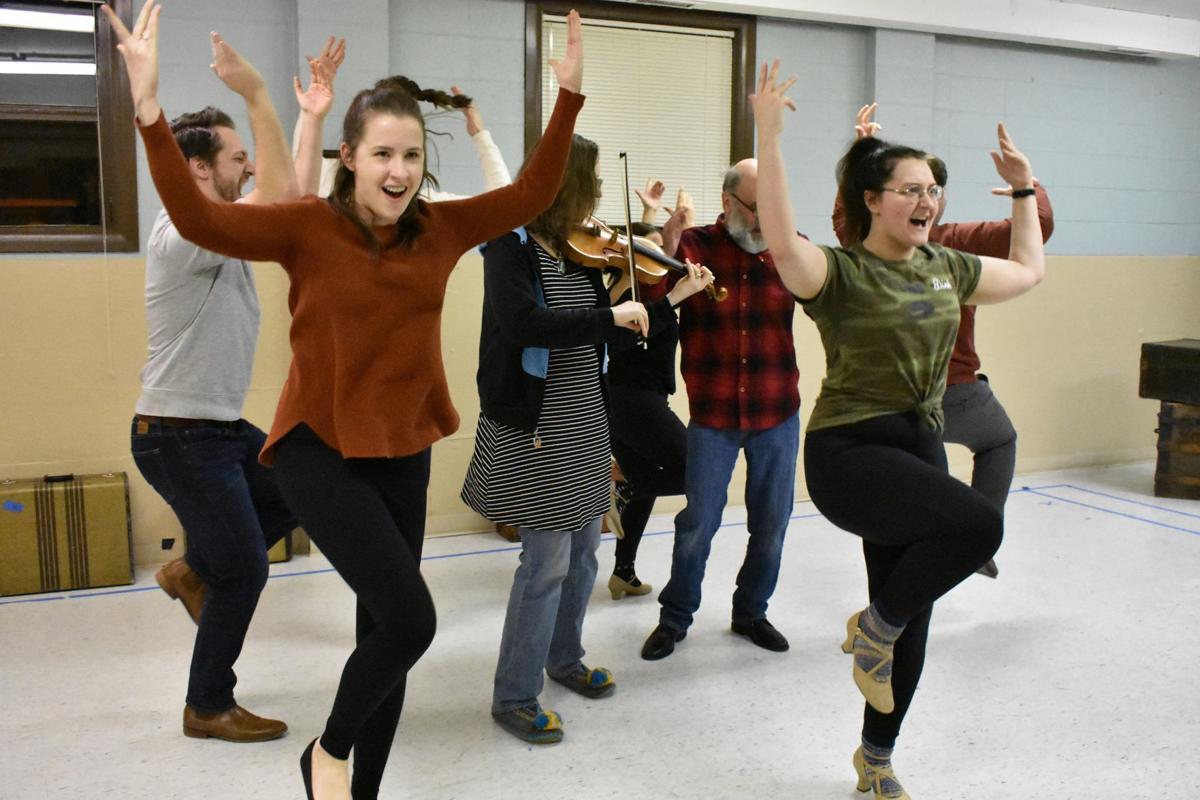 The cast of Music Theatre of Madison's "Indecent" rehearses the song and dance "Ale Brider." 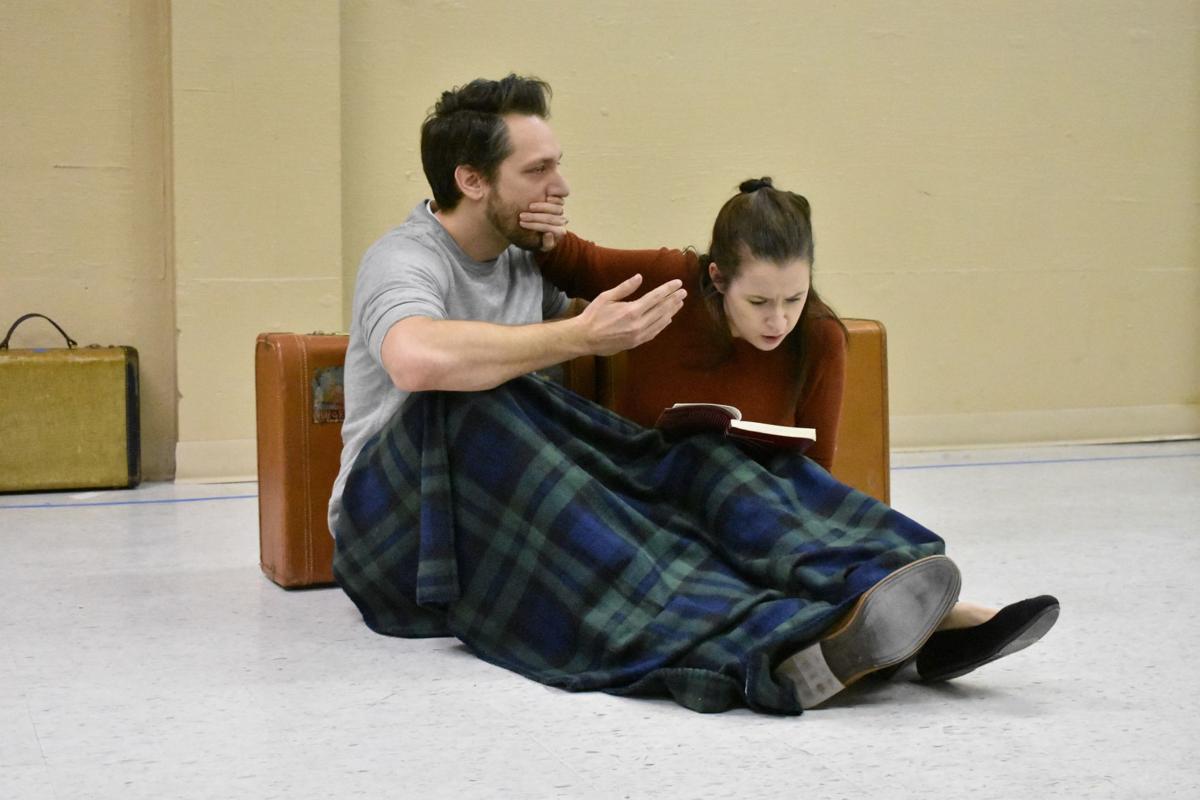 Seth K. Hale, left, and Kelsey Anne Johnson rehearse a scene from "Indecent." The musical/play tells the story of a real play, "God of Vengeance," that was successfully performed in Europe but was shut down after a few weeks in the United States. The play's actors were charged with obscenity. 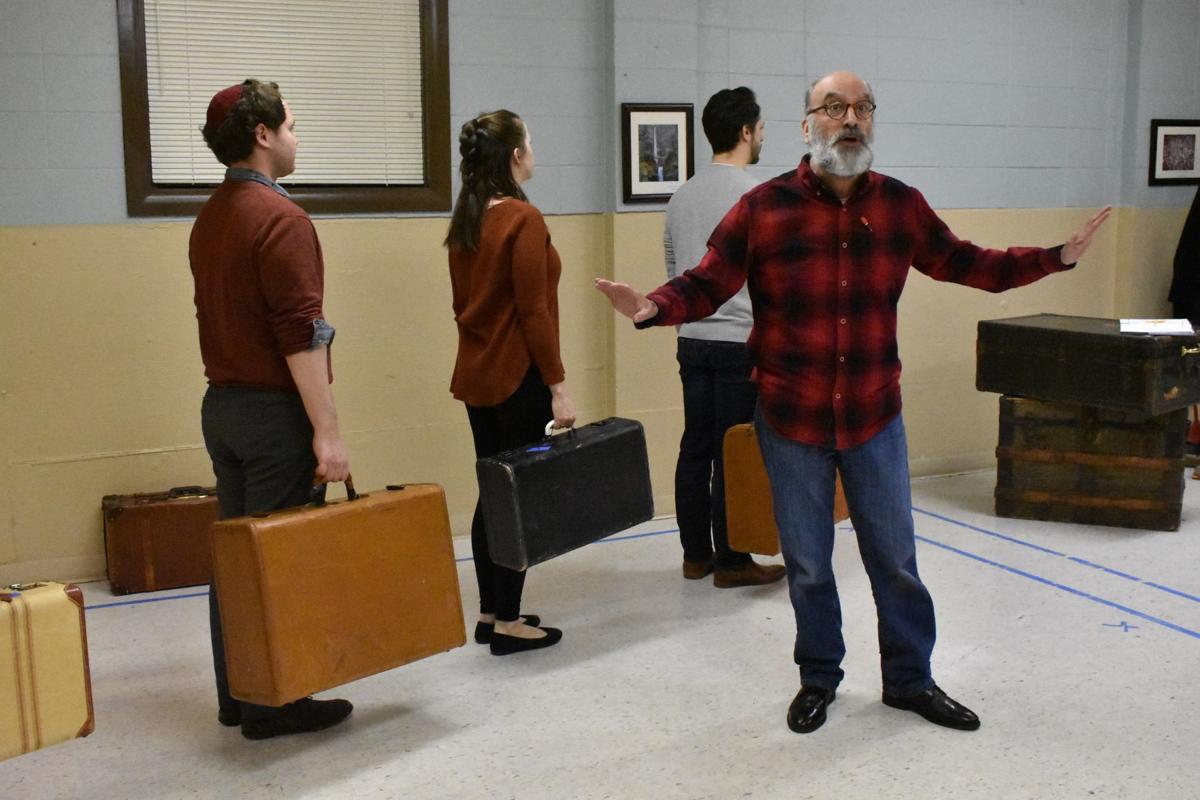 Mark Snowden, front right, and fellow "Indecent" cast members, rehearse the play earlier this month. While 90 percent of the show is in English, Yiddish and German are both spoken and sung.