The Barrymore Theatre is reaching out to the community with a “bottom to top chair-ity appeal” in an effort to raise money to replace its 750 seats, some of them pretty threadbare.

The seats are the headline act of a larger renovation project designed to bring new life to an 88-year-old theater that’s showing its age.

The theater at 2090 Atwood Ave. is seen by some as the emotional, cultural and architectural heart of the Schenk-Atwood neighborhood.

The Barrymore, which is owned by a nonprofit, will shut down the third week of June and will be closed all summer as the new seats go in and other updates are made, said general manager Steve Sperling.

“We started out thinking about seats, but it’s turned out to be a much larger project,” Sperling said, noting that the theater is also going to have its floors redone, including the floor in the balcony.

The theater will also get new plaster work and interior paint. “It’s a pretty big, multilayered project,” Sperling said, noting that the Barrymore’s physical plant is in pretty good shape.

The big thing for audience members, however, is the seats, which were last replaced in 1967.

“The thing everyone notices at the Barrymore is that the seats have not been replaced for over 50 years and that’s a long time,” said Barrymore board member Heather Good. “It’s really longer than the useful life of the seats. So they’re not in great shape and getting parts to repair them is difficult.”

The fundraising effort began months ago, as Barrymore board members reached out to theater supporters and community leaders. The campaign coincides with a new Barrymore website, updated logo, and announcement of its “grand reopening” show on Aug. 30: Justin Hayward, “the voice” of the Moody Blues.

The Barrymore is unusual in that it’s an independent, community-based theater, Sperling said. The theater is a for-profit business owned by the nonprofit Atwood Barrymore Corp., which was formerly the Schenk-Atwood Revitalization Association.

Proceeds from the Barrymore go back into supporting the theater and its programs, Good added. “There are no shareholders or corporate owners who profit from it.”

The Barrymore opened as a vaudeville house and movie theater called the Eastwood Theater in 1929 and was bought, sold and renamed a number of times.

In 1987, organizers and investors Richard Slone and Tom Petersen, with support from the neighborhood, turned the Eastwood, which had been operating as an X-rated movie theater — showing children’s films on weekends — into a live entertainment venue. They took the name Barrymore from the famous Hollywood acting family.

The Atwood Barrymore Corp. took it over in 1992, and since that time, the theater has hosted nearly 3,000 shows, mainly booked by outside promoters.

The theater brings in mostly rock, folk and other music concerts, but events include comedy performances, films, community events, political rallies, juggling extravaganzas, plays, dance recitals, flea markets and children’s programming. The theater is available to be rented to the public for other events.

“The Barrymore to me is a community theater. It’s inclusive. We’re family oriented,” said house manager Ginny Jenkins, who started working part time at the theater three years ago, and became full time in January. She shares house manager duties with Zach Richmond.

“We’re mindful of our neighbors and we’re more than just music,” she said. “We like to support our schools. We like to support anything from juggling to comedy. I just think it’s a super inclusive environment where all people feel welcome.”

The theater’s biggest need is for new seats so those who come to the theater for entertainment can feel comfortable, Jenkins said. “It’s important to keep up the actual theater itself, because obviously, like our homes or our cars, everything needs maintenance.”

The organizers of the “chair-ity” drive have picked out a seat manufactured by Michigan-based Irwin Seating Co.

“That’s what we have in the theater right now. It’s just 50 years old,” Jenkins said. “And so we are going to continue our relationship with that vendor.”

Good, who is vice president of the board and chairwoman of the fundraising committee, said the board really wants to invest in the building and make sure everything’s in good shape.

“We thought the seats would be a great place to start because it will have such a positive impact on everyone’s experience at the Barrymore,” said Good, who has served on the 10-member board for three years.

So far, the fundraising effort has brought in close to $30,000, Good said. The theater is currently debt-free, so if it needs to get a short-term loan to pay for some of the improvements, it will. But it would be better for the organization if it can raise as much of the money as possible, she said.

The reason they decided to focus the campaign on the seats is because it’s the biggest part of the project and the easiest for people to understand. “They can feel the difference that comes from having new seats,” Good said. “It’s just a lot harder to get people excited about raising money for boilers and chimneys and new gutters.”

Over the past 30 years, upgrades have been done on the electrical system, the air conditioning, the roof and the plumbing, Sperling said, adding that the theater is in compliance with all fire codes. “There’s some cosmetic work on the outside that needs to be done, but overall we keep up with all of the maintenance.”

The theater stands out on Atwood Avenue with its Italian Renaissance-style octagonal dome. Meanwhile, its auditorium was designed and built in Spanish colonial style and features tile-roofed balconies. Performers sometimes call attention to twinkly star lights in the ceiling.

“In the ’70s and early ’80s, the neighborhood was not in great shape,” Good said. “And people really felt like something needed to be done to help revitalize the neighborhood.”

Buying the building and turning it into the Barrymore Theatre was part of that effort, she said, “And now, the neighborhood is this wonderful, quirky, interesting, thriving East Side neighborhood full of local businesses — a place where people want to go and hang out.”

The Barrymore’s presence at that critical time in the late ’80s, and since then has really helped in the transformation of the neighborhood, Good said. “I also think it’s a really interesting piece of architecture and it provides sort of a visual anchor for the community.”

The Barrymore, Sperling maintains, is still going strong despite competition from the Orpheum, Overture Hall, the Capitol Theater, the Majestic and the High Noon Saloon.

The future Sylvee will also compete for shows. The 2,500-capacity venue is being built on East Washington Avenue and will be operated by FPC Live, a company that resulted after a merger of Frank Productions Concerts and Majestic Live.

“We are doing fine and if we didn’t think we were doing fine, we wouldn’t invest all this money,” said Sperling, who’s been in his role since 1996. “We wouldn’t be looking to do this type of major upgrade if we felt that there was a problem.”

Donations are tax deductible. Checks should be made out, not to the Barrymore Theatre, but to the Atwood Barrymore Corporation with “Chair-ity Appeal” in the memo line.

'On Your Feet!' a musical about 'a beautiful country, with a lot of opportunity'

The sizzling Broadway musical “On Your Feet!,” coming this week to the Overture Center, is built around the lives and Top 10 hits of Gloria an…

The Chazen Museum of Art is hosting a different sort of show, featuring works grounded in “diffability.”

A celebration of his life will be held June 2.

Maya Finman-Palmer sprained her ankle a few months ago during a run. But that won’t stop her from taking on featured roles — including one in …

Avenged Sevenfold canceled its upcoming tour, including the Sept. 24 Madison show, due to a vocal cord illness affecting its lead singer. 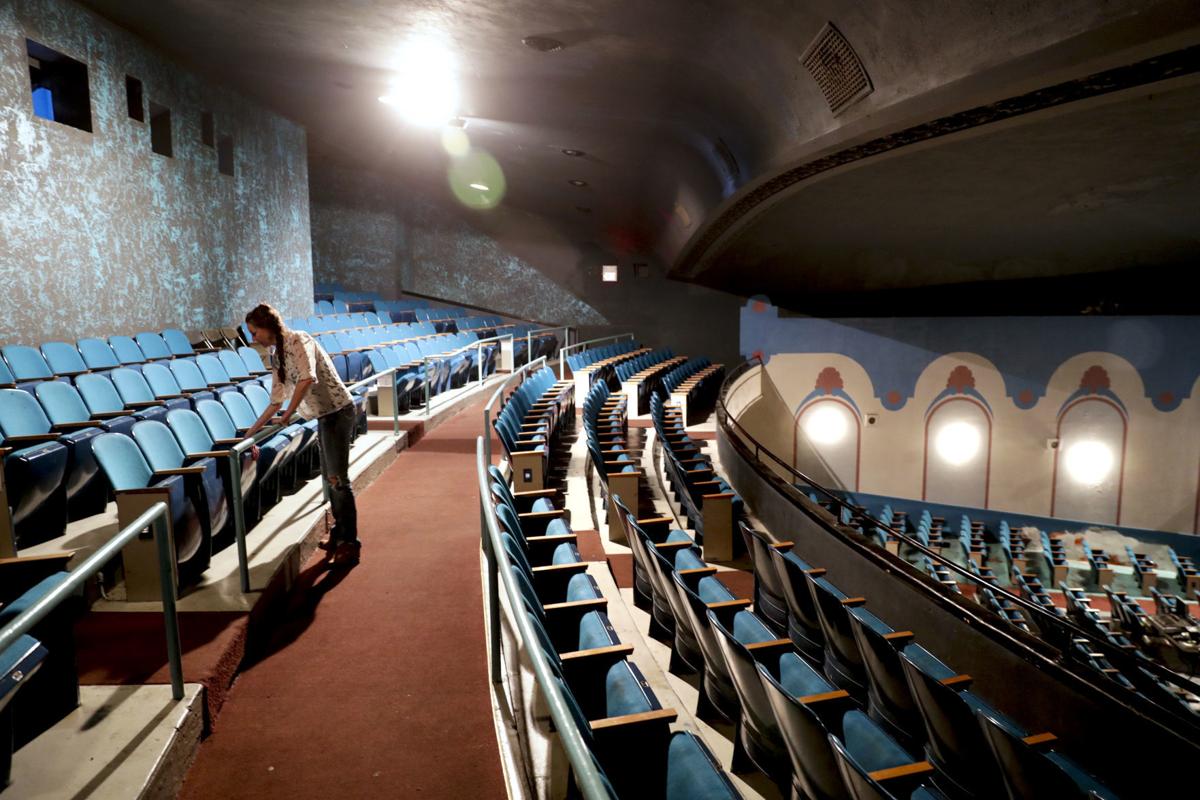 House manager Ginny Jenkins calls the Barrymore Theatre, "a super inclusive environment where all people feel welcome." The theater is raising money for badly needed new seats and other improvements. 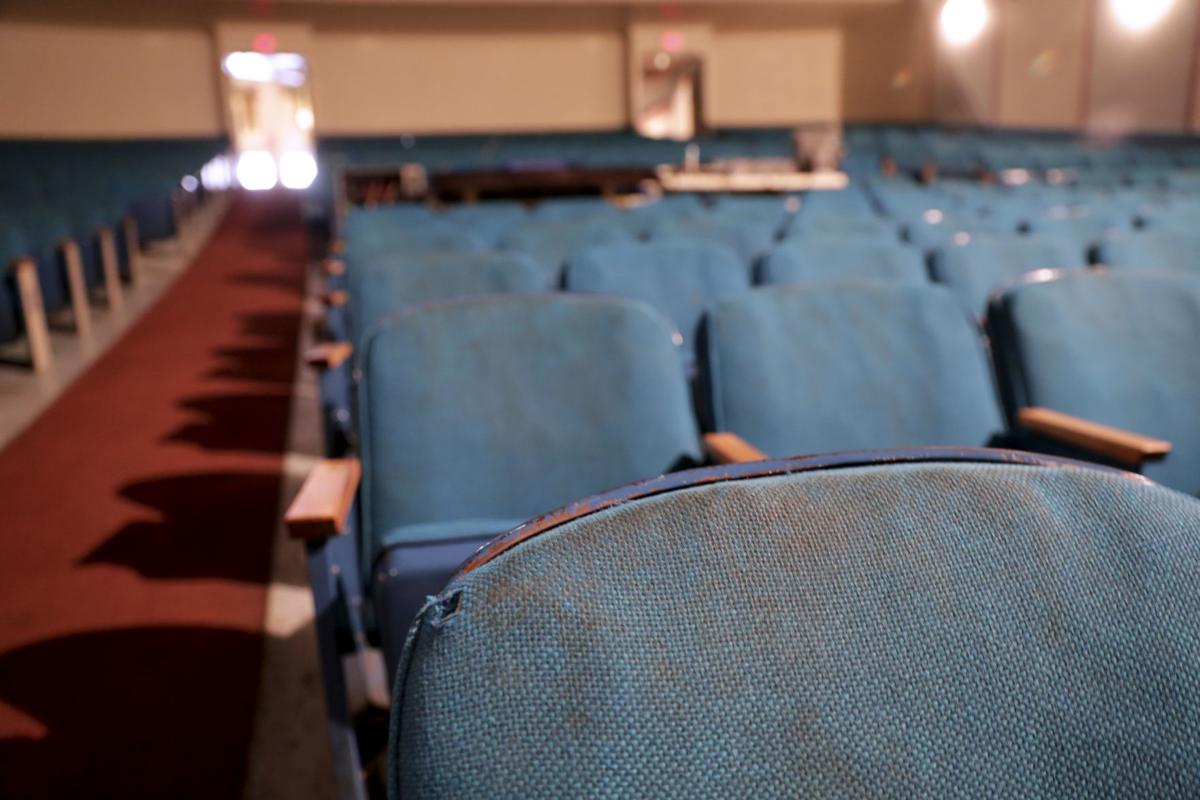 The Barrymore Theatre is raising money to replace its 750 worn-out seats. 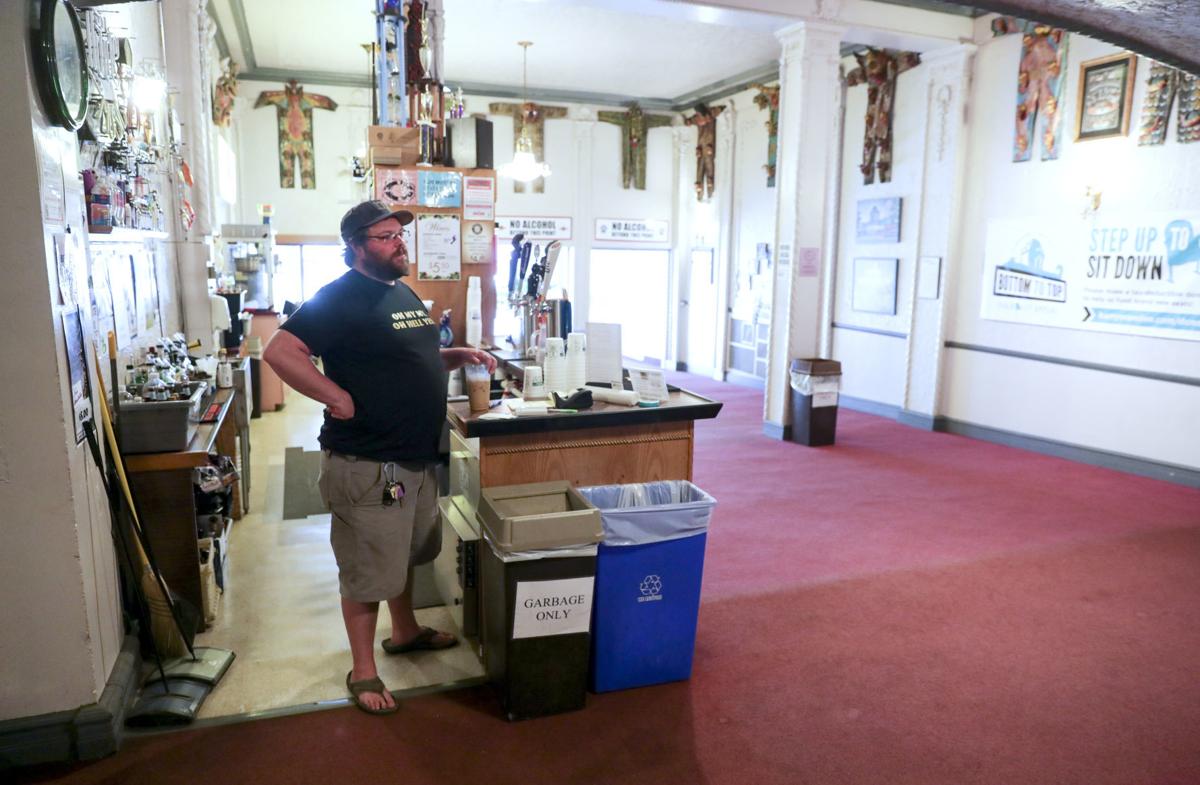 House manager Zach Richmond stands in the concession area of the Barrymore Theatre, which recently started a fundraising effort to replace its seats and make other improvements. 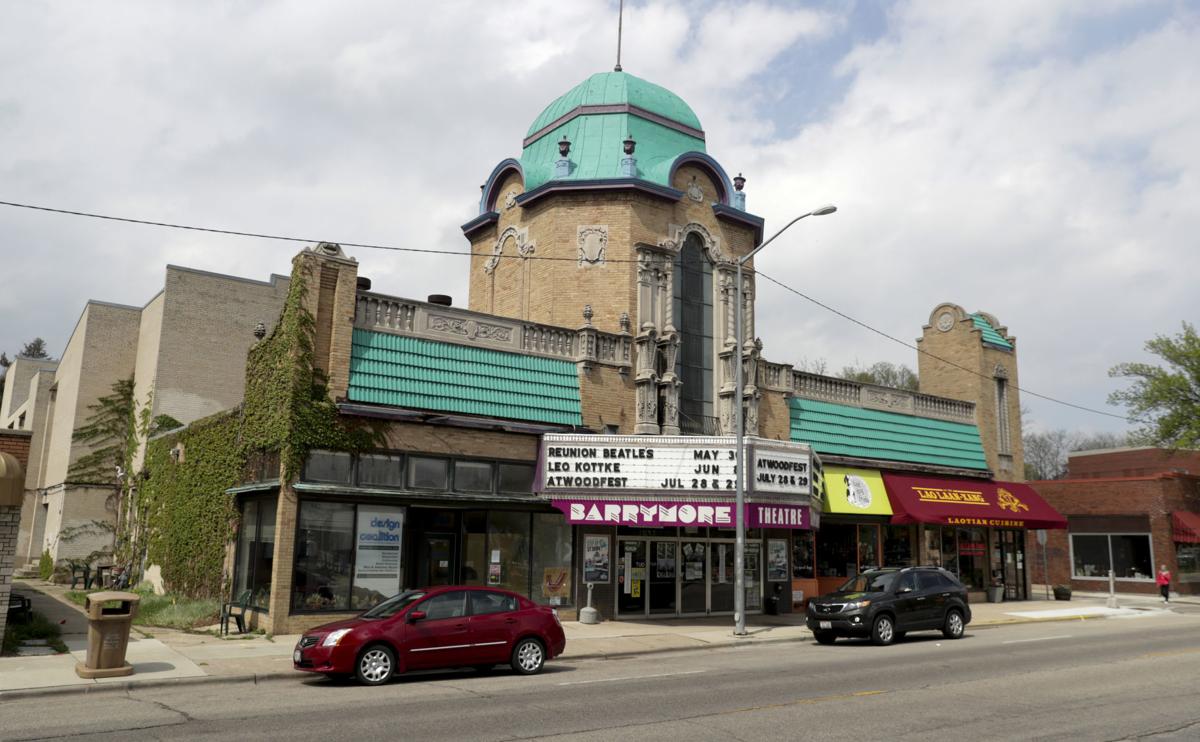 The Barrymore Theatre, 2090 Atwood Ave., is seen by some as the the emotional, cultural and architectural heart of the Schenk-Atwood neighborhood. 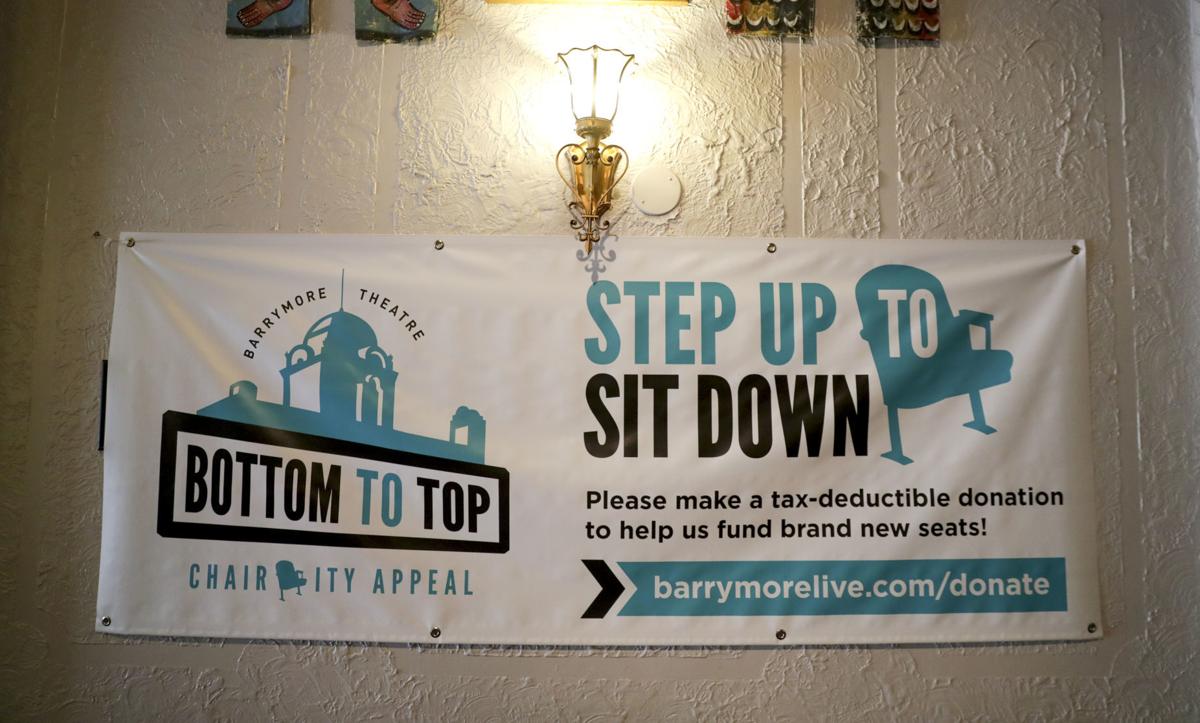 The Barrymore Theatre is reaching out to the community with a "bottom to top chair-ity appeal" in an effort to raise money to replace its 750 seats, which haven't been replaced in more than 50 years. 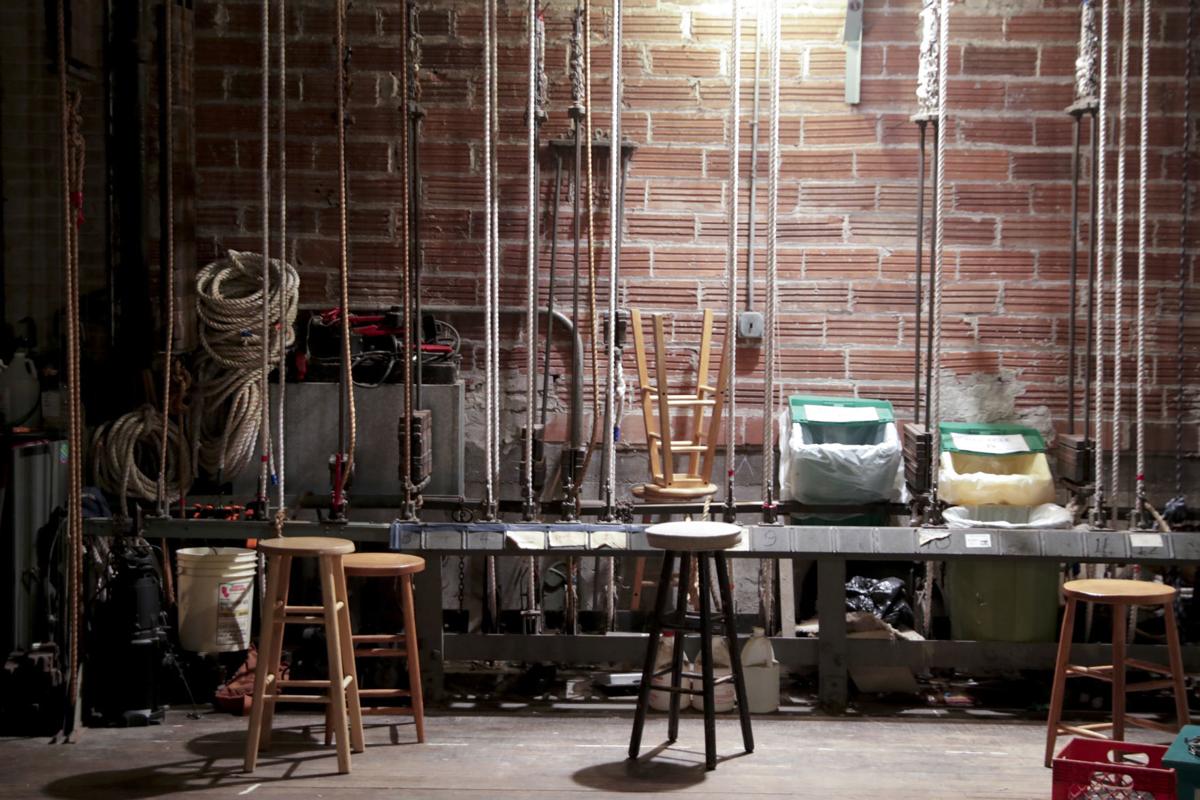 The backstage area at the Barrymore Theatre, which after getting new seats and other renovations, will have a “grand reopening” show Aug. 30 with Justin Hayward, "the voice" of the Moody Blues. 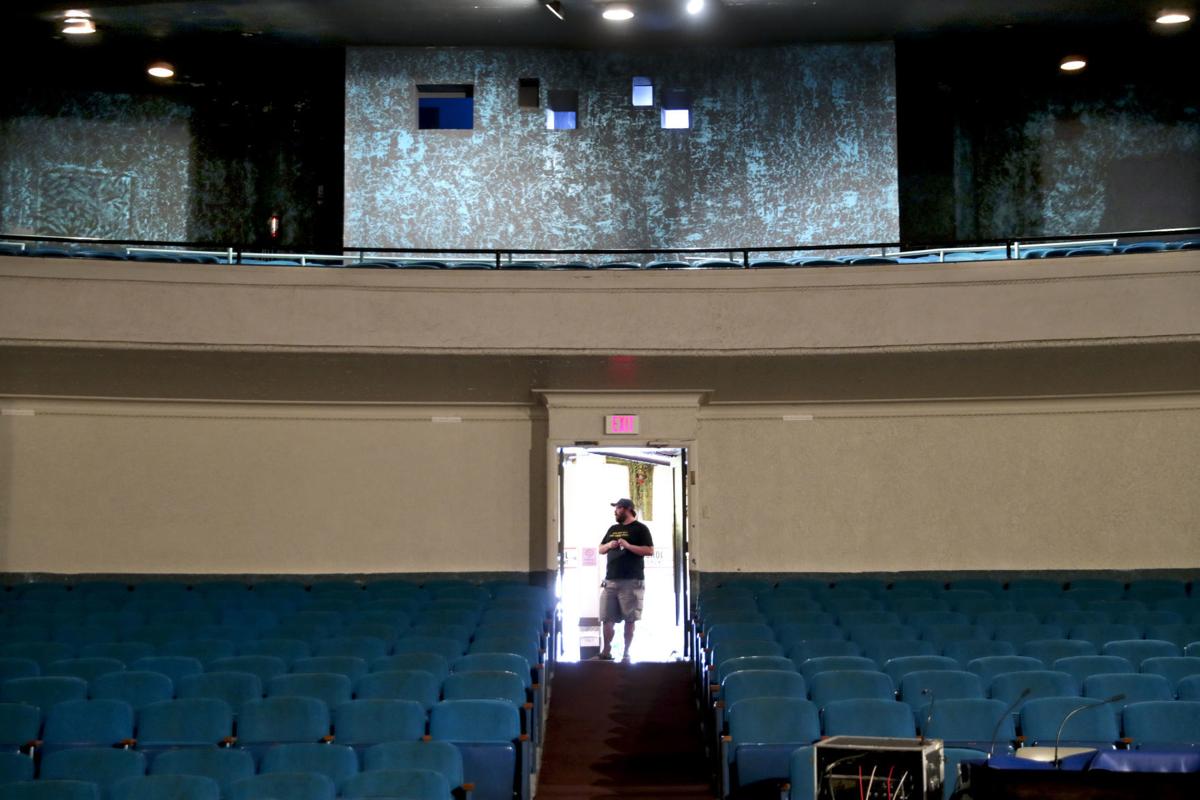 House manager Zach Richmond stands in the Barrymore Theatre, which will close the third week of June and will be closed all summer as the new seats go in and other updates are made. Summers are usually slow at the theater anyway. 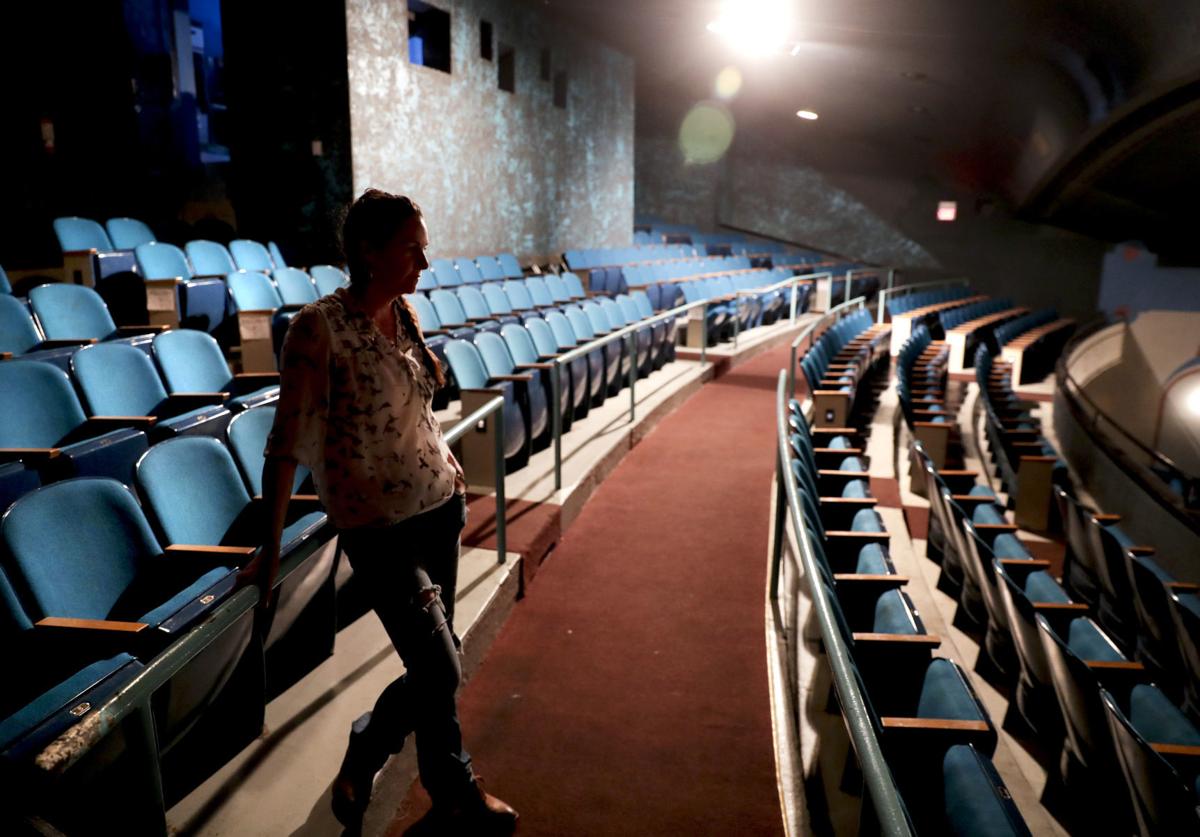 "It’s important to keep up the actual theater itself, because obviously, like our homes or our cars, everything needs maintenance," said house manager Ginny Jenkins.