Subpoenas issued as part of a GOP-ordered investigation into how the 2020 presidential election was conducted are unlawful, said Democratic Attorney General Josh Kaul on Monday, who urged Assembly Speaker Robin Vos to call off a probe he said has been “irrevocably tainted by bias.”

Kaul faulted lead investigator Michael Gableman for hiring Andrew Kloster, a Republican attorney and former member of President Donald Trump’s administration, a hardly neutral fact-finder who has already proclaimed — without providing any evidence — that “the 2020 presidential election was stolen, fair and square” and that election training in the state was “woefully inadequate.”

“This investigation suffers from glaring flaws that destroy any credibility that its results could have,” Kaul said at a press conference Monday. “My request to Speaker Vos is simple: Shut this fake investigation down.”

In a statement, Vos, who accused Kaul of taking a partisan stance on the matter, said subpoenas he signed earlier this year on behalf of Gableman, a retired state Supreme Court justice, were issued correctly and he has no plans of calling off the review.

“In order to restore confidence in our election system, Justice Gableman will continue his investigation,” said Vos, R-Rochester.

The condemnation of the inquiry from the state’s top lawyer, who is representing the Wisconsin Elections Commission, comes after Rep. Janel Brandtjen, who chairs the Assembly Campaigns and Elections Committee, said she has been kept in the dark on Gableman’s investigation. While Gableman has tried to distance his effort from the widely panned partisan election review in Arizona, Brandtjen, R-Menomonee Falls, has called for a similar review she has characterized as a “full cyber forensic audit.”

Gableman, who has largely limited his public comments to YouTube videos and friendly talk radio hosts, did not respond to requests for comment Monday.

Vos has allocated nearly $680,000 in taxpayer money for the one-party investigation, which is focused on some of the procedures voters and clerks relied on in casting and processing ballots. Although some have raised the prospect of fraud, no claims of large-scale cheating have been substantiated, and the investigation, so far at least, is not seeking to review any ballots.

In a video posted on YouTube Saturday, Gableman claimed, without providing evidence, that his investigation had found “compelling evidence that Wisconsin’s election laws were not properly followed by election officials at both the state and local levels.”

“There is also evidence that ambiguities in the law were expansively interpreted so much so to potentially undermine ballot security measures,” Gableman said in the video, without providing specifics.

A recount and court decisions have affirmed that President Biden defeated Donald Trump in Wisconsin by almost 21,000 votes. Four voters out of roughly 3 million who cast ballots have been charged with fraud.

Gableman on Saturday said the investigation is not a prosecution and said city clerks and mayors who have been subpoenaed will be granted immunity.

Brandtjen, who has tried to subpoena voting machines, ballots and other election data in two counties, pushed back against Gableman’s comments. Brandtjen, whose subpoenas have not been signed by Vos and have been rejected by the counties, said in a statement Monday that she objected to Gableman’s promise of immunity.

Brandtjen said she has not been provided copies of Gableman’s subpoenas, while also criticizing the former justice for comments he made in a Friday interview with WISN-AM’s Dan O’Donnell in which he called the election review in Arizona a waste of money.

“Even Justice Gableman seems to find it difficult to have a ‘comprehensive understanding of how elections work,’” Brandtjen said in reference to comments Gableman made last week to the Milwaukee Journal Sentinel. “A cyber forensic audit, including the recounting of physical ballots and an audit of the machines, would finally rebuild trust in Wisconsin elections.”

Kaul on Monday questioned whether Gableman even has the authority to grant such immunity, adding that the subpoenas were not only overbroad, but his request to have officials, including elections commission administrator Meagan Wolfe, testify in secret meetings this Friday was “improper.”

Kaul said Gableman’s request to meet with Wolfe in private is unlawful and any meeting should be held in public before a legislative committee. In a letter to Gableman Monday, Kaul said he hopes to reach a mutual agreement on the matter, but added he may take court action if an agreement is not reached.

Gableman’s Saturday statement took aim at Gov. Tony Evers over the Democratic governor’s criticism of the partisan investigation, with Gableman accusing Evers of having “an incomplete and misguided view” of the probe.

Evers in late September described the investigation as a “$700,000 boondoggle” after Gableman said the burden will be placed on local election clerks to prove that the 2020 election was conducted fairly, which Evers called “a bit outrageous.”

Gableman contended that local election officials should have no reason to be concerned about the investigation “if they complied with the law.”

“If the governor believes that it has been proven the election has been conducted flawlessly, then he is completely ignorant to the concerns of Wisconsin voters who have great concerns regarding the sanctity and the security of their vote,” he said.

In a video last month, Gableman said he’s not trying to overturn the election results, even though he told Trump supporters in November, without evidence, that he thought the election had been stolen.

Gableman has said he plans to look into advice the bipartisan state Elections Commission gave to clerks, and donations the Facebook-funded nonprofit Center for Tech and Civic Life gave to Wisconsin communities, to help run the 2020 election.

On Saturday, Gableman said the alternative to his investigation would be to look the other way “while millions of dollars in private funds may have been used in the public management of elections to achieve a preferred outcome at the expense of election integrity.”

“If indeed this occurred would be the true definition of a boondoggle, and it would also mark the beginning of tyranny and the end of the American experiment in democracy,” Gableman said.

Evers’ spokesperson Britt Cudaback said in a statement the video further underscores that Gableman “has predetermined the results of this sham review.”

“This video only further underscores the governor’s comments that this is a $700,000 boondoggle on taxpayer dime to confirm what independent reviews have already proven: Wisconsin had a free, fair and secure election, and President Biden won,” Cudaback said.

Republicans have claimed CTCL essentially took over administration of the 2020 election, specifically in Green Bay. The city has forcefully pushed back on that narrative, arguing the allegations are completely without merit and that it followed state and federal laws. A federal judge found nothing in the law to prohibit use of the grant money, which went to more than 200 Wisconsin communities last year to help cover election costs during the pandemic. Most of the money went to the state’s five largest Democratic-leaning cities, including Madison, which are the focus of Gableman’s investigation.

The mayors and clerks in Madison, Milwaukee, Green Bay, Racine and Kenosha had been ordered by Gableman to testify as part of the investigation later this month. But in an about-face last Thursday, investigation officials said they had backed off an initial request for interviews to now only include records that have already been produced in response to public records requests, rather than interviews and hundreds of thousands of additional documents.

Wisconsin Republicans have been pressured by Trump and conservative activists to order a “full forensic audit” of the 2020 election.

The new agreement, paired with similar reduced requests to the mayors and city clerks in the state's five largest cities, means all subpoenas have been blunted and all interview requests have been canceled for now.

The best time to rake your leaves this fall

The best time to rake your leaves this fall 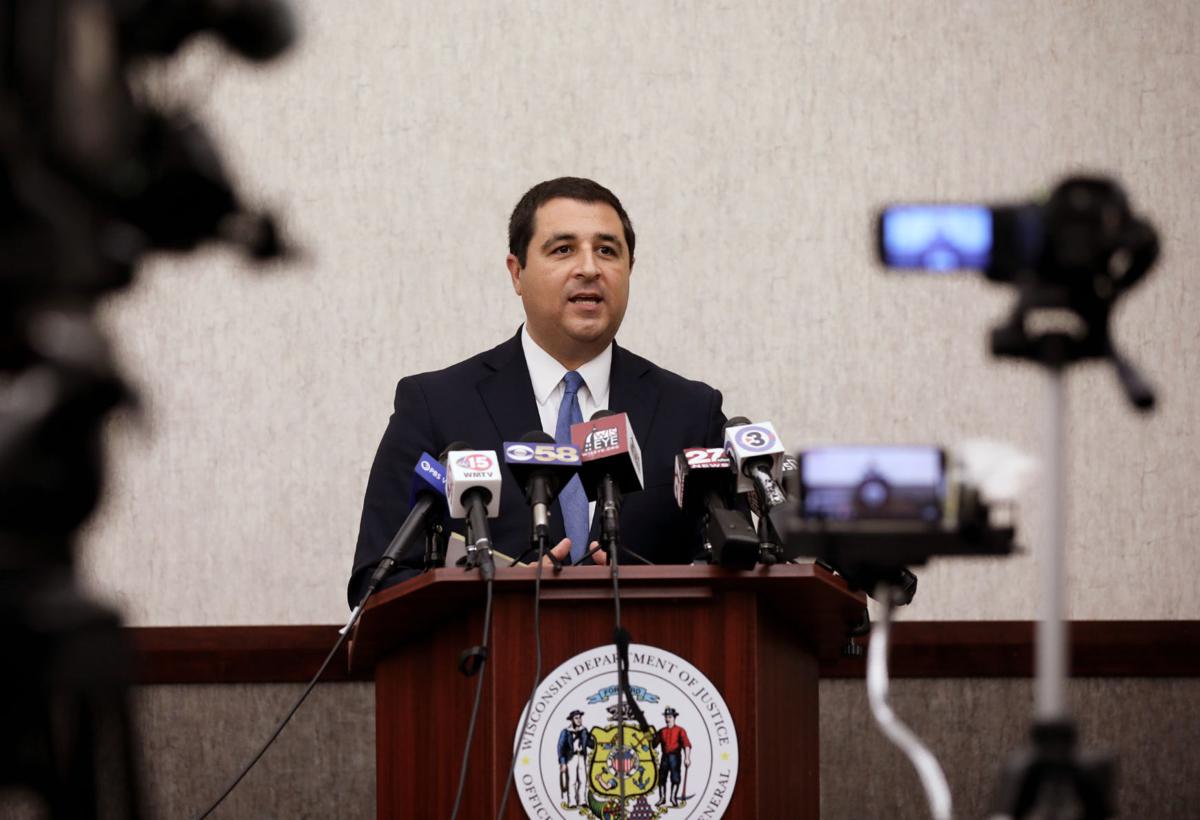 Democratic Attorney General Josh Kaul has called on Republicans to end an investigation into Wisconsin's 2020 presidential election because of credibility issues. 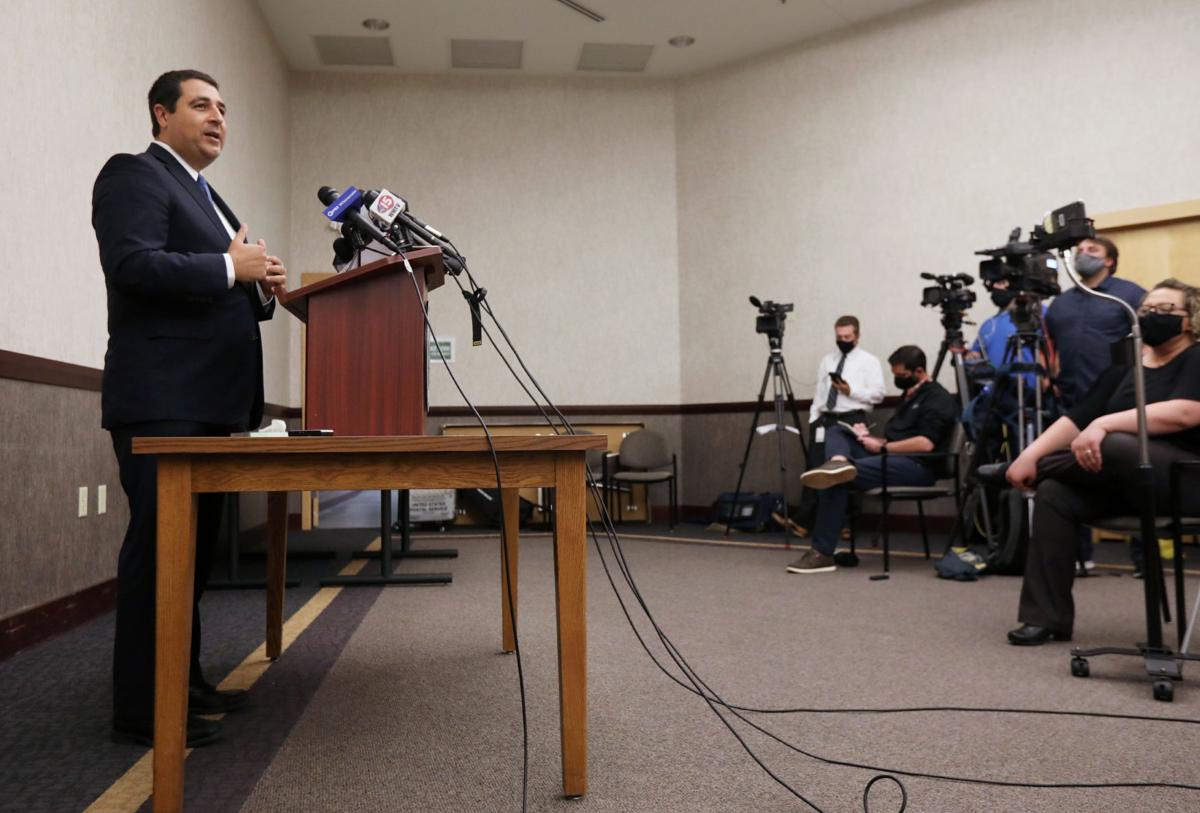 Democratic Attorney General Josh Kaul has condemned a GOP investigation into the 2020 election, but Republicans have vowed to continue the probe. 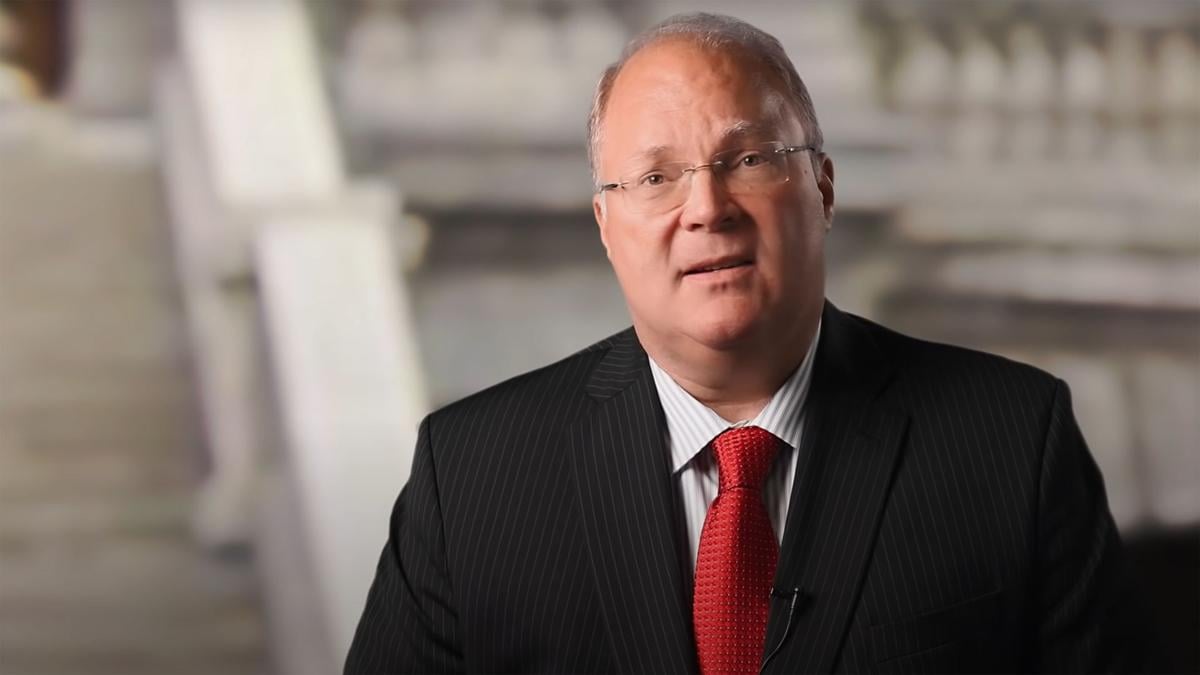 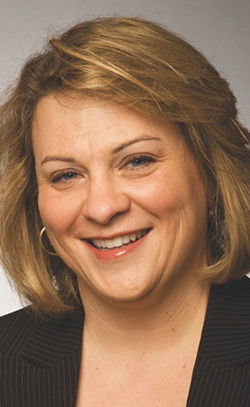