No one will be drinking Doundrins Distilling’s newest product — it’s hand sanitizer.

On the other side of Dane County, workers are assembling face shields for doctors based on a design sketched out by UW-Madison engineers and a Madison design firm.

Meanwhile, ventilators are coming off the assembly line quicker than ever at GE Healthcare’s plant on Madison’s East Side.

In a mobilization reminiscent of World War II, when factories worked around the clock to address military needs, Wisconsin businesses are responding to the COVID-19 pandemic by revving up production of medical supplies.

Businesses around south-central Wisconsin — from Madison to Lodi and Blue Mounds — are using their facilities to make the goods medical professionals need to keep themselves safe or to discover treatment options for the disease, such as hand sanitizer, personal protective equipment and materials used in coronavirus diagnostic tests.

“We are trying to find ways to be part of the solution,” said Brian Ellison, business development manager for Midwest Prototyping, which is now making face shields.

The face shield was designed by UW-Madison Makerspace director Lennon Rodgers with input from Ellison and Jesse Darley, director of mechanical engineering at Madison-based design company Delve. They reviewed samples of face shields currently in use and training videos about personal protective equipment, provided by Rodgers’ wife, Jennifer Rodgers, who is an anesthesiologist at UW Hospital.

From there, the three designed a face shield that is simple and quick to make for manufacturers, using a sheet of clear polyester film to cover the face — protecting against sprays from coughs and sneezes — an adhesive-backed strip of foam to rest on the forehead and a latex-free elastic band to go around the back of the head.

Darley created a design plan for the face shields, which the team has named Badger Shield, and posted the plan online for anyone or any company to use for free. The shields each cost about $2 to $3 to make, Darley said.

Midwest Prototyping is manufacturing the shields, and other companies have also picked up the design, including Ford Motor Co., which has halted production on vehicles and switched to making medical equipment in short supply.

“We just published the design, and it spread like wildfire,” Rodgers said.

Local companies, including Fitchburg-based Placon and Cross Plains-based Plastic Ingenuity, are also helping the cause by making components for the manufacturers, such as the clear plastic film.

UW Health has not run out of protective equipment, director of materials management Robert Scheuer said, but supplies are dwindling and could run out if shipments are backordered. UW Health isn’t alone in concerns that protective gear will run out.

“We are struggling like most health care providers,” Scheuer said. “We’re not out of anything, but I think that’s because we’re using careful conservation and intelligent use of what we have.”

“We are now receiving daily deliveries, which are being used in all areas of the hospital,” Galassi said.

In Lodi, Attwill Medical Solutions is shifting production from bandages to hand sanitizer.

Attwill Medical hopes to begin producing hand sanitizer by the gallon once materials come in, Jackson said. The company plans to sell to medical professionals and clinics first and to other public-facing organizations or businesses that might be in need, he said.

“We’re just trying to provide this at as low of a cost as possible,” Jackson said.

A Janesville textile mill and Oak Creek flag manufacturer are teaming up to produce barrier masks for medical professionals and other organizations in need.

Monterey Mills is supplying knitted pile fabric, which it says is used in a variety of medical and air-filtration products, to Eder Flag. Eder Flag will combine the air filtration and insulation fabrics as well as a membrane layer to make washable and reusable masks, according to a statement from both companies.

“Instead of sewing together the stars and stripes to make U.S. flags, we’re ready to help fill an urgent local and national need,” Jodi Goglio, chief operating officer of Eder Flag, said in a statement.

Pieces to the treatment puzzle

Some area businesses — such as Fitchburg-based Promega and Aldevron, which has a production facility in Madison — are producing the materials used by pharmacologists to develop tests and treatments for COVID-19.

Aldevron makes enzymes and proteins as well as other materials used by global labs to find solutions for the disease. At its Madison facility, the staff of about 40 are working to boost production in the coming weeks.

“We’re going as fast as we can,” said Tom Foti, an executive with Aldevron. “The volume that they’re talking about outstrips any one company.”

Promega began increasing production earlier this month, boosting its output of some products up to four times the typical rate, spokeswoman Karen Burkhartzmeyer said. Some production lines have gone from running one shift for five days a week to three shifts for seven days a week.

“Everyone at Promega feels an extremely deep commitment to humanity’s struggle against COVID-19 and to the residents of Wisconsin,” Burkhartzmeyer said. “We are all working extremely hard, especially our colleagues in operations, to support these efforts.”

In about a week, Promega processed and shipped components used in more than 1 million COVID-19 diagnostic tests. Since the epidemic began in January, the company’s products have been used in more than 20 million tests globally, Burkhartzmeyer said.

GE Healthcare ramped up production at its Madison facility making ventilators and other vital medical equipment., a spokeswoman said.

The members of the Machinist Union (IAM) Local 1406 who work at GE in Madison passed a one-year emergency contract extension to continue producing more machines for anesthesia, respiratory and infant care, according to a statement from the union.

“This extension allows the company and union to work together to produce lifesaving ventilator equipment that will be used around the world to combat the virus,” said Joe Terlisner, business representative for IAM District 10. “Both union members and salaried workers will be working on the shop floor side-by-side in order to meet the unprecedented demands of this ever-evolving crisis.”

Another use for alcohol

Doundrins Distillery in Cottage Grove, which just opened in August, is shifting production to make hand sanitizer that it hopes to sell at a low cost to the community and health care facilities in need, co-owner Abby Abramovich said.

Doundrins made about 30 gallons of hand sanitizer last week and is waiting to get the bottles properly labeled before they are distributed. Abramovich said she, her co-owners — husband Nick Abramovich and friend Ryan Lovejoy — and Doundrins’ four employees are waiting on shipments of materials, such as ethanol, bottles and labels, to arrive before another batch is made.

Yahara Bay Distillers in Fitchburg has taken a different approach to making sanitizer. Instead of using denatured ethanol, like Doundrins plans to use, Yahara Bay is continuing to use beverage-quality alcohol to make a high-proof vodka.

The 140-proof vodka, named Just Vodka, equates to 70% alcohol — a bit under double the usual alcohol content of Yahara Bay’s vodkas. The Centers for Disease Control and Prevention says that level of alcohol content can kill viruses.

Yahara Bay distributed its sanitizer to multiple polling places around the state in preparation of the April 7 election and plans to continue making sanitizers as the pandemic continues, said Nels Forde, general manager and chief operating officer.

UW Health has not run out of protective equipment, but supplies are said to be dwindling.

The Wisconsin Nursing Board took steps during an emergency meeting Wednesday to soon add more nurses to hospitals' ranks.

Some services for elderly, who are most at risk for COVID-19, continue in Madison

With older adults at greatest risk for COVID-19 complications and prone to isolation from social distancing, meal programs and home health services are still being offered in the Madison area — with precautions.

The devices are typically used in medical settings but can be useful in sanitizing work areas and vehicles as well, the sheriff's office said.

Front Page podcast: COVID-19 coronavirus in Wisconsin, Week 1 — the response from officials and the impact on higher education

The COVID-19 coronavirus pandemic has ground daily life to a halt in Madison — and across the state, nation and much of the world.

Wisconsin reports COVID-19 deaths steady at 13, confirmed cases up to 1,112

The Wisconsin Department of Health Services reported no new deaths relating to COVID-19 Sunday, keeping the death total at 13, while confirmed cases rose to 1,112.

The Wisconsin Clinical Lab Network has been completing about 1,500 to 2,000 tests for the coronavirus per day and expects to be able to double the capacity in the short-term and continue to expand.

Promega Corp. product approved for use with CDC's COVID-19 test

The Fitchburg-based company announced Wednesday that one of its master mixes is approved under an FDA Emergency Use Authorization as an amplifier for the CDC-developed test.

Last Sunday's State Journal story "Companies gearing up to battle the pandemic" was heartwarming. It was about local manufacturers ramping up …

Madison-based Intense Engineering says it has a system that can prepare thousands of patient samples for coronavirus testing each day and help reduce the country’s backlog of tests.

Reports throughout the years have warned of an upcoming employment crisis as more and more jobs are taken over by machines, but for some Wisconsin manufacturers, the machines just took the jobs humans wouldn’t.

For their troubles, distilleries that retooled to make hand sanitizer in spring now face $14K fee

"These little distilleries are very small businesses, and some of them can't afford the $14,000 facility fee, especially this year," said Nels Forde, general manager for Yahara Bay Distillers.

Madison-area companies outlined how the pandemic has changed their businesses at a BioForward Wisconsin webinar. 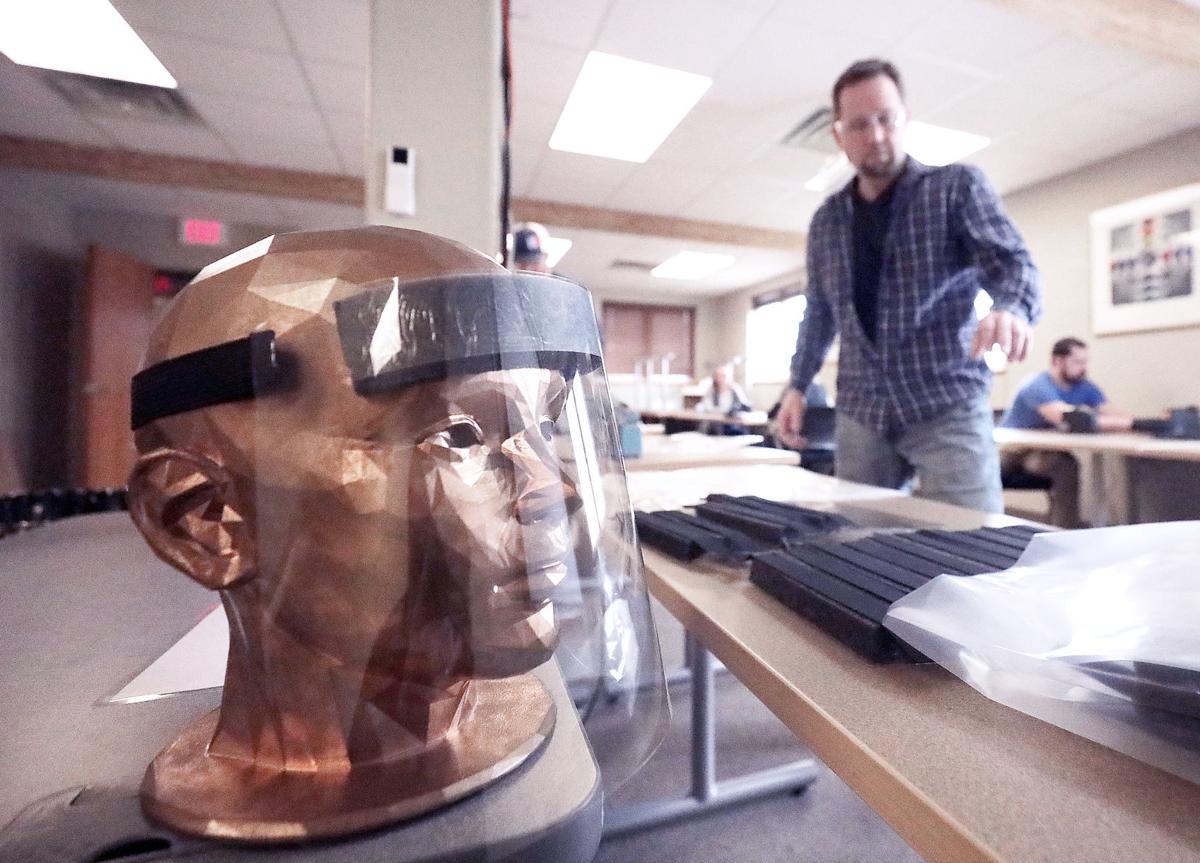 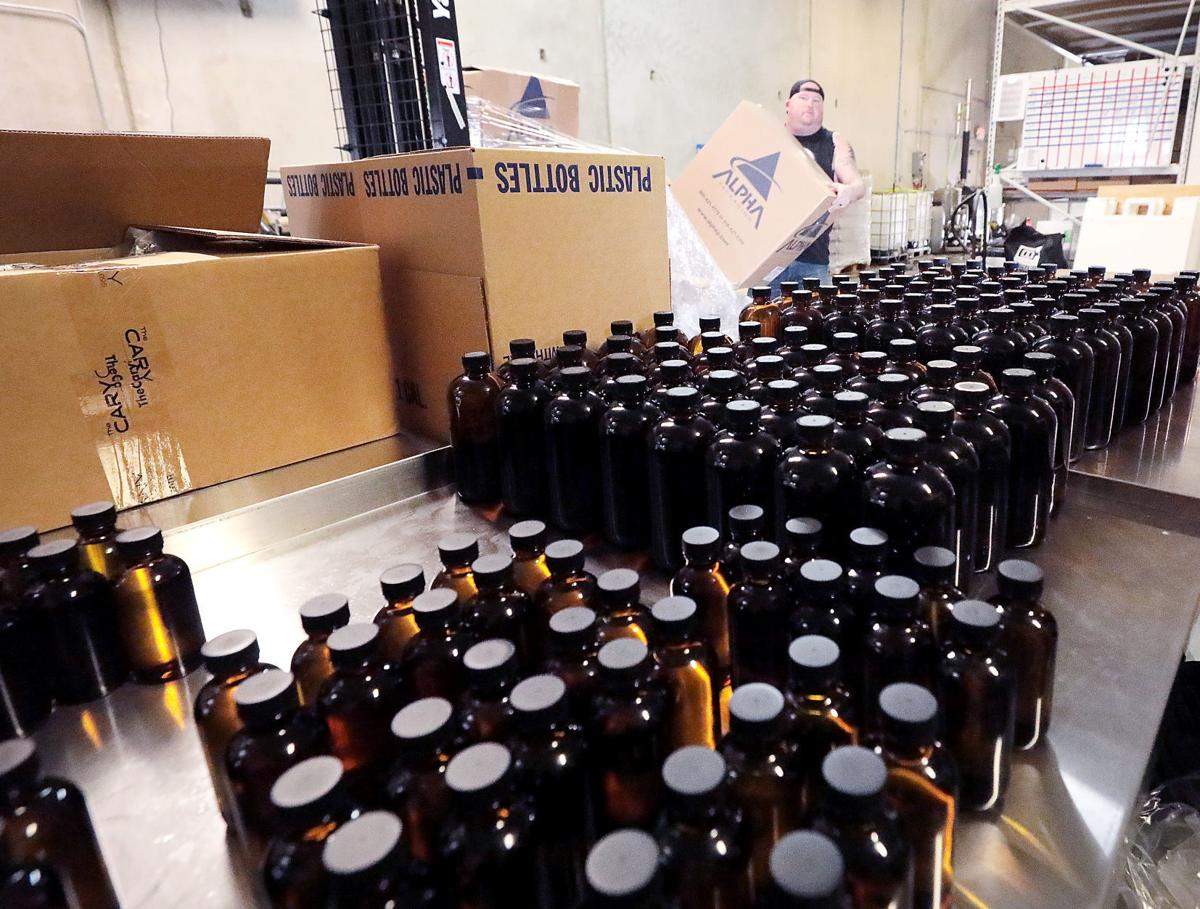 Doundrins Distilling in Cottage Grove has begun making hand sanitizer to help medical clinics and other organizations that have run out. 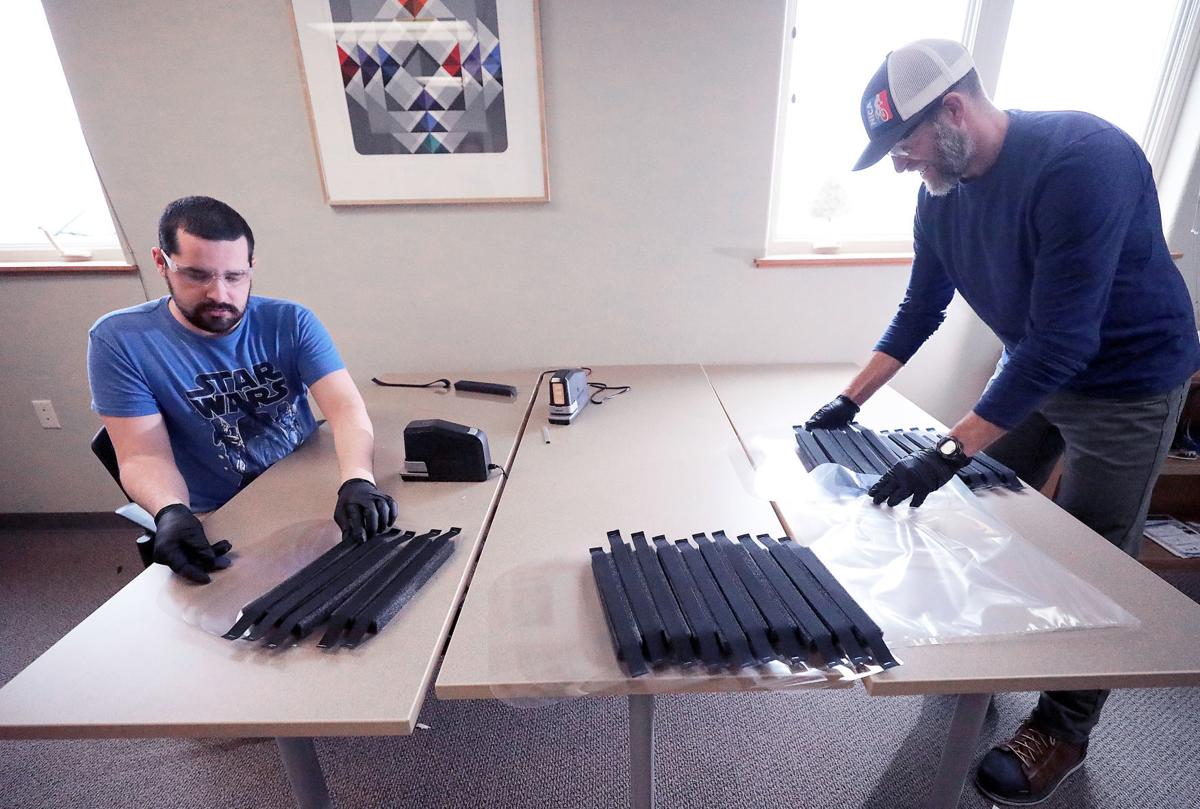