With dozens of heavy-duty diesel trucks, Reynolds Transfer & Storage may not seem like a modern green business. But the Madison moving company has undertaken a raft of efforts aimed at reducing its environmental footprint.

The steps have been both modest — using rain barrels and encouraging employees to walk or bike to work — and bold — solar arrays on three warehouses that offset much of the company’s energy use.

The motivations are both economic — greater efficiency translates to more profit — and moral, said Ben Reynolds, director of operations for the business his great-great-great-grandmother started in 1888.

“For me, it’s a personal thing,” said Reynolds, 30. “I believe the science. I believe that climate change is going to screw us all over. I want to make sure we’re doing what we can.”

At a time when the federal government has been largely indifferent to climate change, businesses like Reynolds are embracing sustainability like never before.

“Today the political impasse has caused government to be lagging the private sector when it comes to climate change,” said Alex Flint, executive director of Alliance for Market Solutions, a conservative group trying to push the Republican Party to confront climate change.

“For corporations, climate is not really a politically divisive issue,” he said. “They’re not in denial.”

President Donald Trump and prominent Republican leaders continue to question the scientific consensus that greenhouse gases such as carbon dioxide are the cause. Trump has vowed to withdraw from the Paris climate agreement, a multinational blueprint for limiting the rise of global temperatures.

In the absence of government leadership, the responsibility for addressing the problem will largely fall on private sector businesses, which are responsible for 70 percent of global economic activity, said Jessy Servi Ortiz, incoming director of the Wisconsin Sustainable Business Council.

“We need leadership like we’ve never needed it before,” Servi Ortiz told a recent gathering of business representatives. “You’re the leaders.”

While politicians debate the reality of a warming climate, scientists are warning of catastrophic impacts if no action is taken to curb greenhouse gas emissions.

A recent report by 13 federal agencies said damage related to climate change could reduce U.S. economic output by up to 10 percent by the end of this century.

Almost no business is immune from the impacts of climate change, Servi Ortiz said.

And many corporations are anticipating there will eventually be a price for carbon emissions, which Flint argues should take the form of a carbon tax.

Good for the bottom line

Corporations have also learned that sustainability can bolster profit.

“Sustainability is the right thing to do, and it is good for business,” said Tim Wiora, CEO of the Wisconsin Manufacturing Extension Partnership, a nonprofit consulting company that has helped 154 businesses save about $20 million through sustainability practices while saving some 85 million kilowatt-hours of electricity use and 193 million gallons of water use.

Kohler sustainability director Rob Zimmerman said there are no trade-offs involved: cutting waste benefits the environment, customers and the company.

“We’re not doing this as a political statement,” Zimmerman said. “We’re doing this because it’s good business.”

For companies such as Milwaukee-based Johnson Controls, sustainability is a revenue engine.

Nesler said his company is working on $1.5 billion worth of sustainable building projects that will cut carbon emissions, including a Hawaii college that is on track to be the nation’s first campus completely powered with renewable energy.

“We’re getting some pretty big impacts,” he said.

“It’s an expectation,” said Tom Eggert, who started the Wisconsin Sustainable Business Council in 2007. “More and more customers, especially millennials, are interested in the footprint of products.”

Public utilities — responding to customer and investor pressure as well as the rapidly falling cost of renewable energy — are leading the charge.

Alliant Energy, which serves nearly 1 million customers in Wisconsin and Iowa, has pledged to eliminate 80 percent of its carbon emissions by 2050. Earlier this month, Minnesota-based Xcel Energy announced plans to be carbon-free by mid-century.

Despite the efforts of some, the business sector has a long way to go.

Energy companies continue to profit from fossil fuels. U.S. oil and gas production are at an all-time high, and even with the shift to renewable energy, electricity producers continue to burn more than 600 million tons of coal each year.

Davis points out that even with 80 percent reduction, utilities will still be pumping out a lot of carbon dioxide.

Reynolds acknowledges there are limitations to what he can do with existing technology. There’s not yet a viable alternative to diesel trucks for long-distance routes, although Reynolds said his newer trucks have doubled their fuel efficiency — to 6 mpg.

“We are not sustainable,” he said. “We are a company that wants to be sustainable. We have a long way to go.”

Despite the private-sector leadership, business leaders say there’s still a role for government to play.

“I don’t think we can let government off the hook,” Zimmerman said. “Regulations drive innovation. Good ones do.”

Don Ferber of the grassroots climate group Madison 350 said the federal government should be taking the lead.

But even in the absence of federal and state action, cities and counties can play a big role. For example, Ferber said, the pending loss of Boulder, Colorado, which is in the process of terminating Xcel’s utility franchise, may have pushed the utility to make bolder moves.

Flint said a carbon tax would be more effective than regulation.

“Companies frequently prefer the simplicity of a carbon tax,” he said. “For a corporation the climate tax creates a market, and they know how to respond to markets.”

Davis, of the Sierra Club, said while it’s good that companies are taking action, government regulations and assistance could speed up the timelines.

“This is kind of an all-hands-on deck situation,” Davis said.

“It ain’t going to come from Washington,” he said. “We’re going to address this bottoms up more than waiting for our state Legislature or certainly the federal government.” 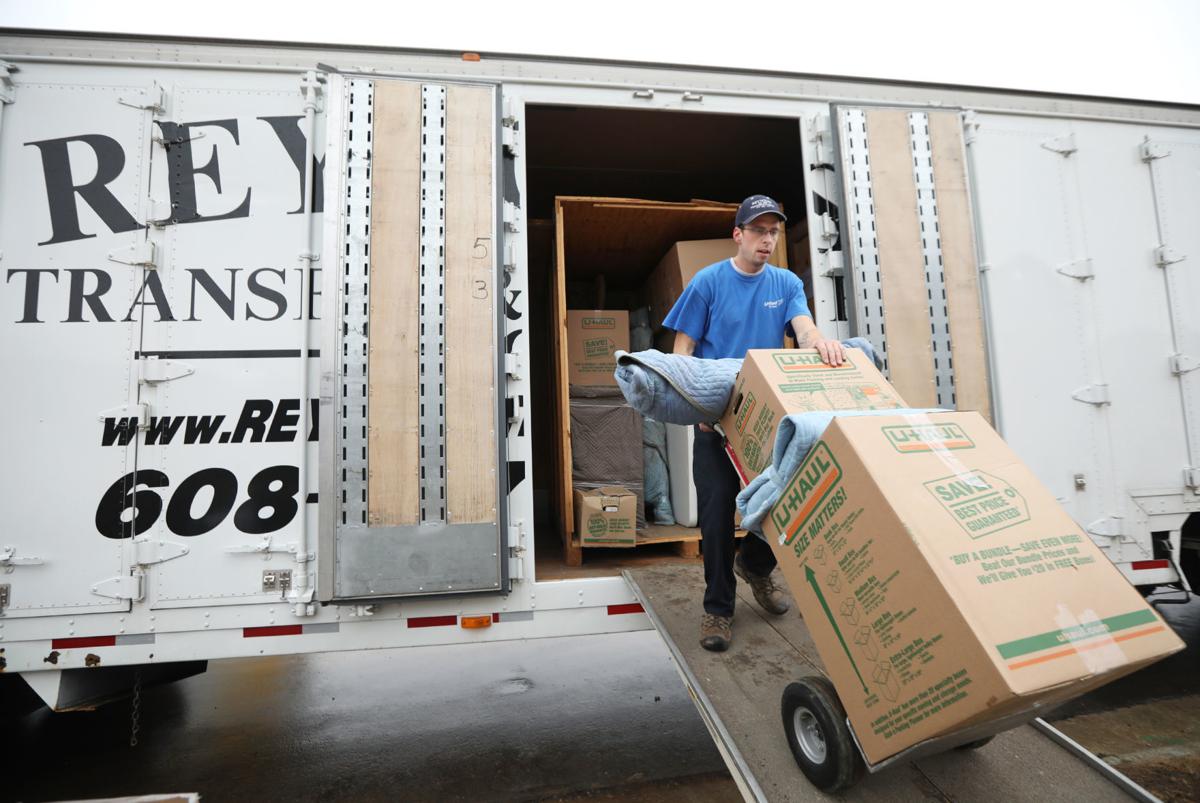 Cory Reichhoff, with Reynolds Transfer & Storage, moves boxes that were in storage to a customer's home in Verona. The company has added rain barrels and solar arrays at three of its warehouses to do its part to combat climate change. 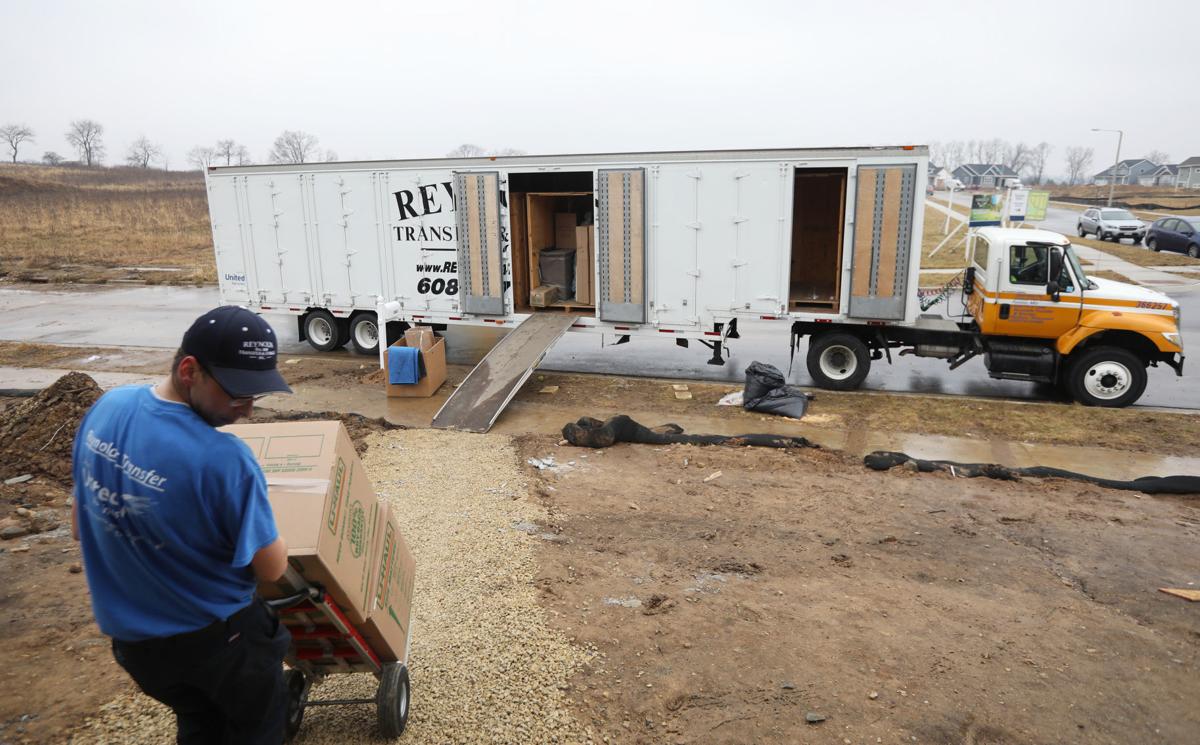 Newer trucks used by Reynolds Transfer & Storage workers, such as Cory Reichhoff, have doubled their fuel efficiency — to 6 miles per gallon. 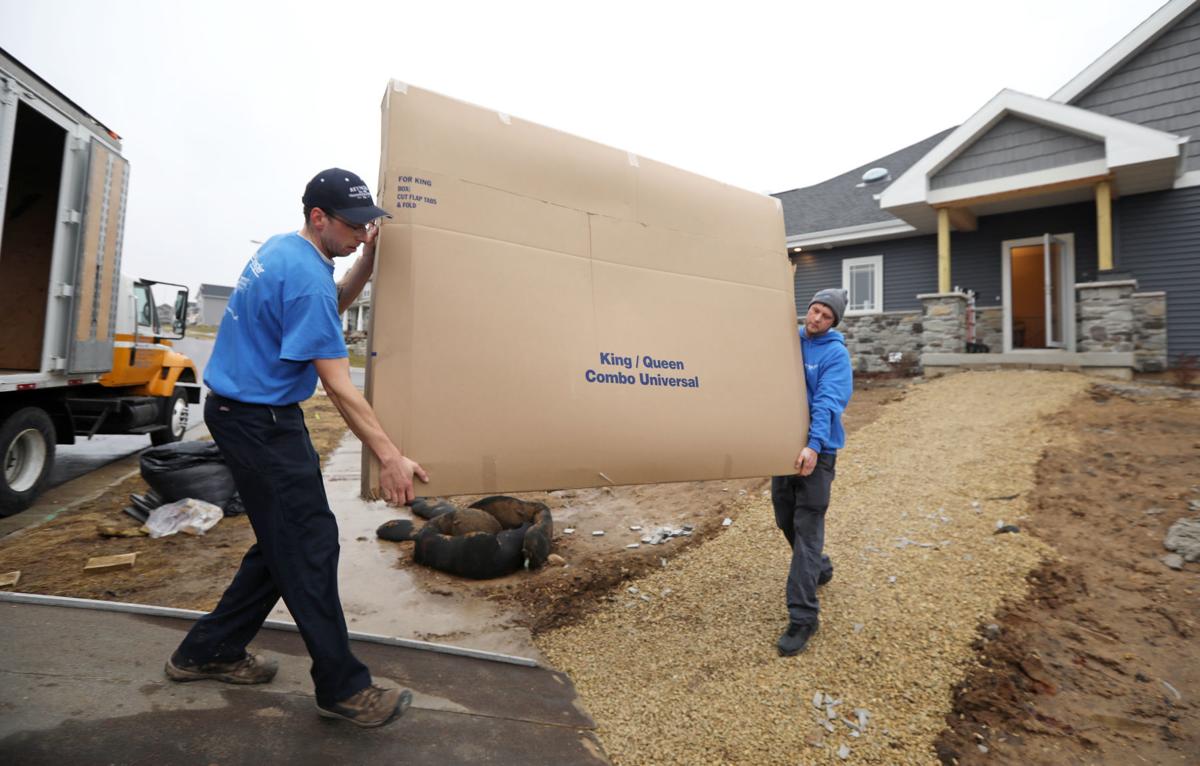 Reynolds Transfer & Storage employees Cory Reichhoff, left, and Jason Beale at work. Company owner Ben Reynolds said the company "wants to be sustainable" but has "a long way to go." 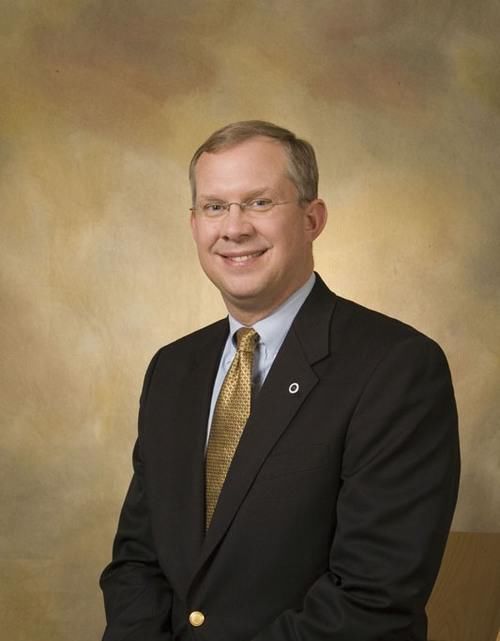 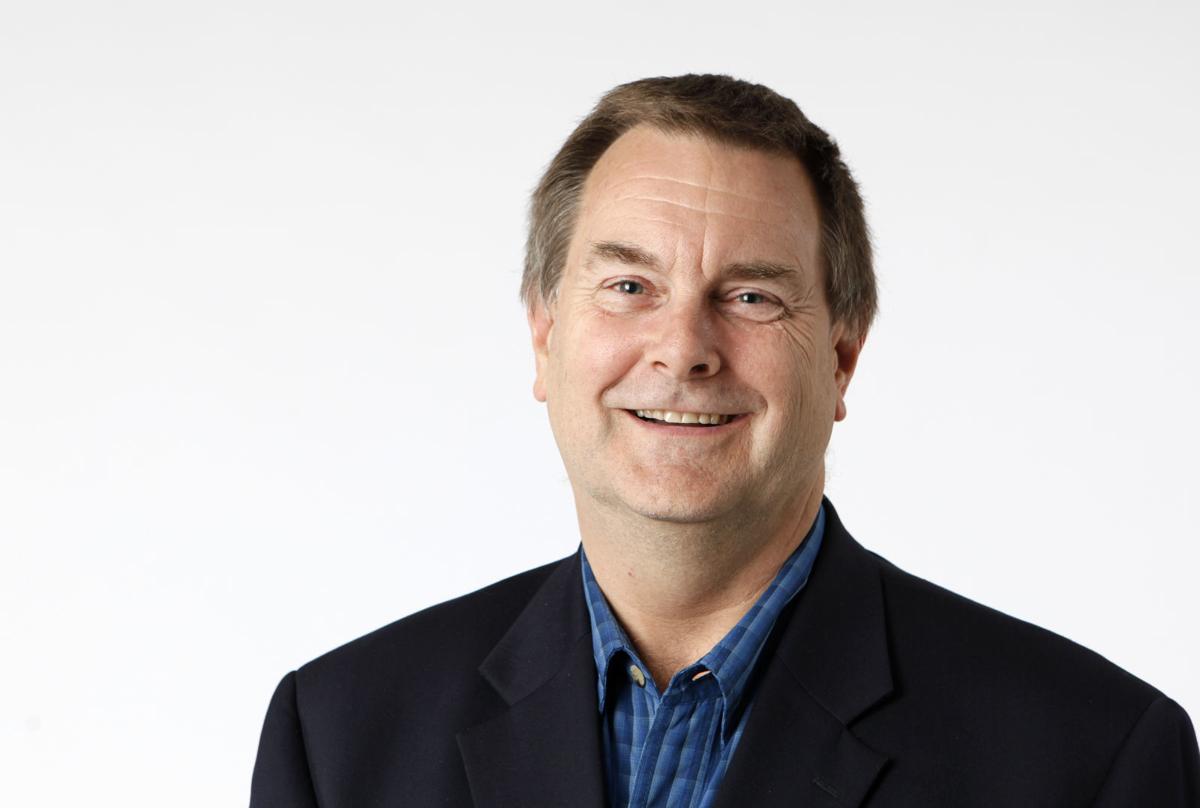 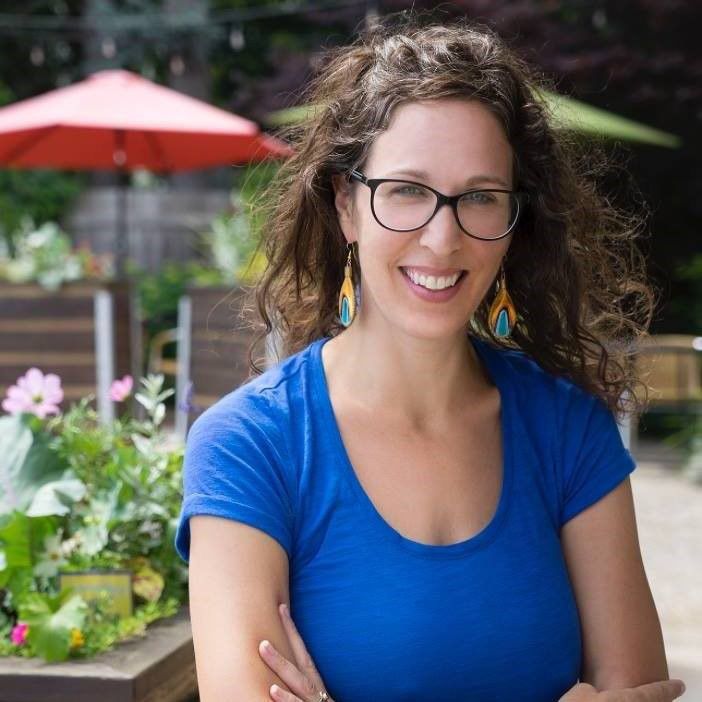