As Wisconsin’s mink production fell to its lowest level in more than half a century, animal rights activists want to shut down the remaining fur farms, which they say could spawn new variants of the COVID-19 virus.

But others say the state’s oldest industry is poised for a rebound.

Wisconsin’s mink production fell by more than half last year to the lowest level in more than 50 years, according to numbers released last week.

The state’s ranchers produced 403,540 mink pelts in 2020, down from 1.02 million the previous year and less than a third the number in 2015, according to US. Department of Agriculture estimates released last week.

That’s the lowest number and biggest single-year drop on record based on data going back to 1969.

Once home to more than 500 mink ranches, Wisconsin had 67 operating as recently as the last USDA census in 2017. The Department of Agriculture, Trade and Consumer Protection says just 19 are still in business.

The value of the state’s mink pelt exports fell from more than $103 million in 2018 to less than $37 million last year.

Mark Rhoda-Reis, bureau director of the state’s International Agribusiness Center, said trade tensions with China, a slowdown in the fashion industry and high inventories of pelts all contributed to the decrease in exports.

“Everyone was thinking we’re going to get $100 per pelt forever,” Whelan said. “World production doubled. That created a glut.”

“The ranchers can only survive so long when prices are below production costs,” Whelan said. “Smaller ranchers decided to do something else.”

Many of those domestic mink skins passed through Stoughton, where Saga Furs operates one of a handful of North American grading operations.

Charles Ross, manager of North American operations at Saga Furs, said despite challenges it was a profitable year for the Finnish auction house, which sold about 90% of its offerings and saw prices climb with each auction.

“We’re back to a price where a farmer can make a living again,” he said.

Ross said the skill of the Stoughton workforce was an added asset as pandemic protocols put a hold on in-person auctions.

“We kept the team intact,” he said. “They produce a very clean grade that buyers respect and can feel confident buying.”

Animal rights activists hailed the numbers as a sign of trouble for the domestic fur industry, which primarily serves markets in Asia.

“While the pandemic has had a significant impact on the global fur trade, this downward spiral started well before 2020,” Smith said. “Through our successes thus far in eliminating the demand for fur, we’re essentially making production obsolete.”

Other groups are calling on Congress to pass legislation that would ban mink farming, which they say can spread the virus that causes COVID-19.

“This is a domestic viral threat of the highest order,” said Wayne Pacelle, president of Animal Wellness Action and the Center for a Humane Economy.

“We’re very worried about variants,” Pacelle said, noting that many mink farms are in rural areas with low vaccination rates. “You have a perfect storm circumstance for mink farms to extend the duration and severity of the pandemic.”

At least 19 million mink were culled after outbreaks at European farms last spring. Outbreaks were subsequently confirmed at multiple farms in Utah, Michigan, Wisconsin and Oregon.

About 5,500 mink on two Wisconsin farms died as a result of COVID-19 infections, said Kevin Hoffman, a spokesperson for the state Department of Agriculture, Trade and Consumer Protection.

Dr. Jim Keen, director of veterinary sciences at the Center for a Humane Economy, said the tight confines in which mink are raised allow disease to spread rapidly and increase the risk of mutations, and the thousands of captive mink that escape each year could then transmit the disease to the wild population.

“Then you have a reservoir forever,” Keen said. “You could get rid of it in humans and it would continue to spread.”

But government researchers found little evidence of the virus spreading to wildlife from affected mink farms in Utah last year.

“In general, if biosecurity and infection control processes are implemented on the farms, it will mitigate the spread of diseases in and out of farms,” said Hon Ip, a virologist at the USGS National Wildlife Health Center in Madison who worked on the study.

Dr. John Easley, a Sheboygan County veterinarian and director of research for Fur Council USA, said Wisconsin’s ranchers are in the process of vaccinating about 95% of the state’s captive mink.

“The industry’s set up very well to keep the farms biosecure,” Easley said.

Whelan said he expects production to rebound this year as prices climb.

“We definitely see the light at the end of the tunnel through these numbers,” he said.

Rhoda-Reis said producers and auction houses are also optimistic and stand to benefit from an end to mink farming in the Netherlands, which historically produced about twice as many pelts as the United States, and a temporary ban in Denmark, the world’s top producer.

“Mink from the U.S. and specifically from Wisconsin is regarded as a very high-quality product,” he said. “With fewer producing countries, the U.S. and the state are well positioned to garner a larger share of the global market in this specialized and highly prized export.”

Ross expects some mink ranchers who sat out last year will get back into the business now that global inventories are shrinking and prices rebounding.

“In the middle of this horrible crisis we were OK,” Ross said. “I think mink farming in Wisconsin will be OK.”

The Department of Agriculture, Trade and Consumer Protection said Thursday that it has placed the unnamed farm under quarantine and is working with local, state and federal authorities to investigate the outbreak and assist with carcass disposal and cleaning.

State law requires the Department of Natural Resources to hold an annual wolf hunt between November and February. The state held three seasons in 2012, 2013 and 2014 before wolves were re-listed on the endangered species list.

As part of an update to the long-term transportation plan, the Greater Madison Metropolitan Planning Organization has created an interactive map where users can comment on the existing system or suggest potential improvements. 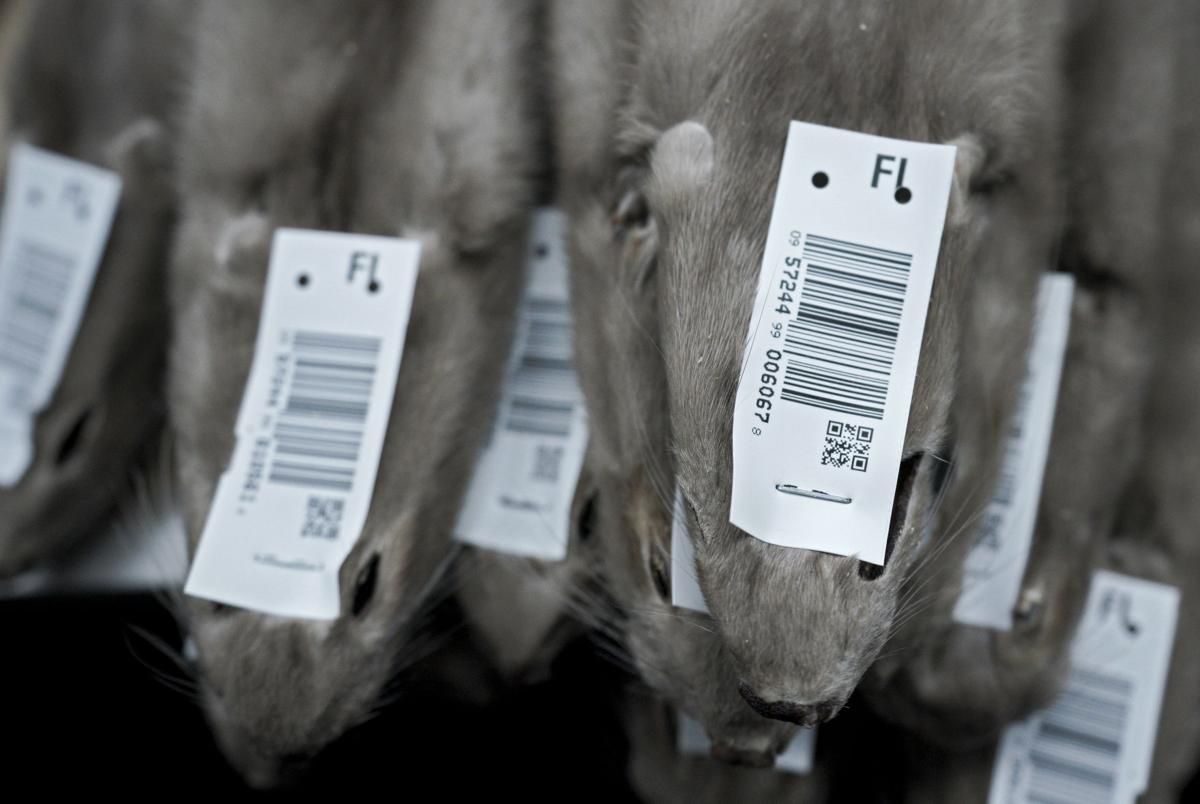 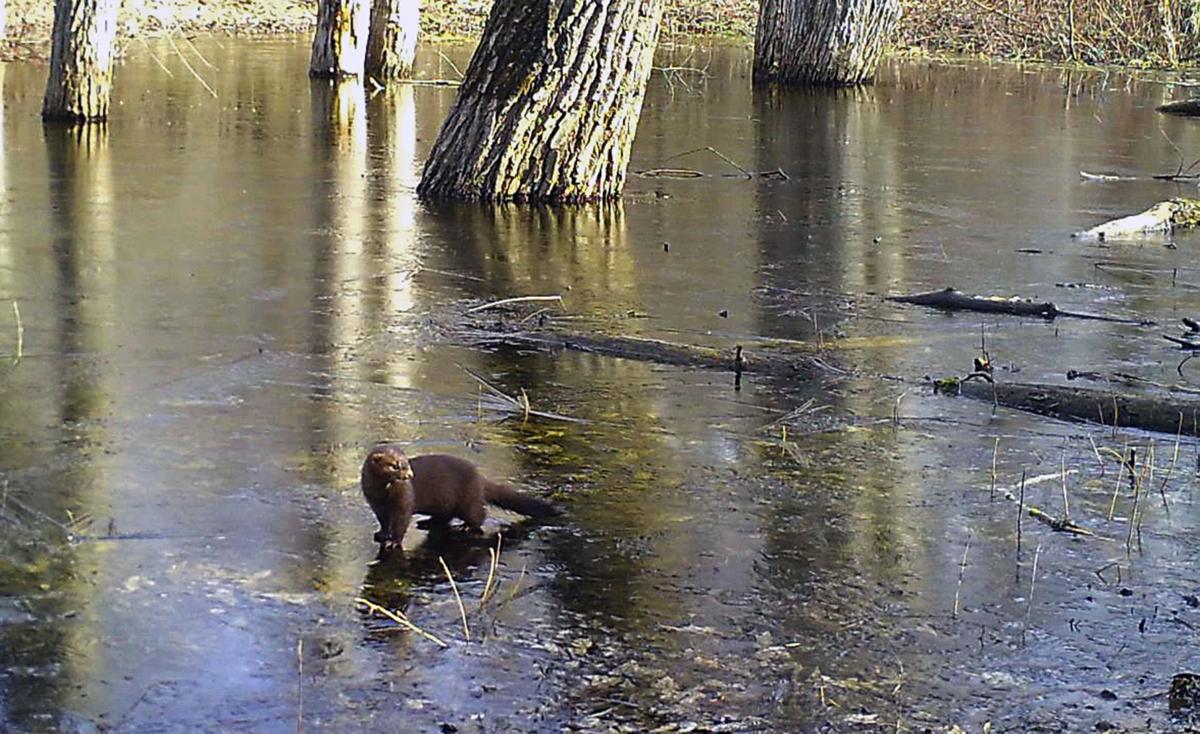 A wild mink walks across a frozen pond in Racine County, Wisconsin. Animal-rights activists say captive mink could spread the virus that causes COVID-19 to the wild population.