Wisconsin businesses have been approved for nearly $7.3 billion in emergency loans to help weather the COVID-19 pandemic, but one month into a near economic shutdown many have yet to see a dime and they say they need more help.

It’s unclear where that help will come from after the Small Business Administration announced Thursday that all of the $349 billion Paycheck Protection Program authorized by Congress last month is spoken for, and the agency is no longer accepting applications.

“We’ve got to get the funds to Main Street,” said Bill Smith, Wisconsin state director for the NFIB, an association representing small businesses.

More than 90% of small businesses surveyed have been affected by the coronavirus and associated shutdowns, which Gov. Tony Evers has extended to May 26 with some restrictions relaxed. Smith said about half only had enough cash to survive for a month or two.

“They’re trying to hang in there ... but it’s a finite process,” he said. “When the doors are locked, it’s pretty hard to get customers in.”

As of Monday, the SBA had approved 31,702 loans totaling nearly $7.3 billion for Wisconsin businesses — more than all but nine other states.

The rules say banks must close the loans within 10 days of approval, but the SBA has not said how much of the money has been delivered nor how many loan applications were still pending or denied.

Octopi Brewing in Waunakee is still producing teas, sodas and bottled water for supermarkets but was forced to close its taproom and kitchen.

Owner Isaac Showaki said he moved some taproom employees into production but had to furlough some workers last week while waiting on his loan, which he received Tuesday.

“We couldn’t hold on any longer,” Showaki said.

The loans are available to small businesses — generally those with fewer than 500 employees — and are capped at 2.5 times the average monthly payroll.

The NFIB found more than a quarter of small businesses haven’t been able to qualify for loans — in most cases because their banks aren’t participating and banks that are weren’t taking on new customers.

That was the case for the popular Norske Nook restaurant chain, according to U.S. Sen. Tammy Baldwin, D-Madison, who called on the SBA last week to make “immediate changes” to the application process and also loosen restrictions to allow businesses to use the funds to pay rent.

Phil Fonzen, owner of Premiere Tech Shop in Milwaukee, had a similar experience.

While he’s still in business, his wife’s Middleton barber shop, Bluejay Barbering, was forced to close, and Fonzen said their bank wasn’t offering paycheck protection loans. After being turned down by local banks, Fonzen turned to PayPal’s online Loanbuilder app but wasn’t able to log in on Wednesday.

“We need the loan, as a family,” he said. “We’re going to start hemorrhaging money pretty soon.”

It’s up to banks to process the applications and make the loans, which are guaranteed by the government. So long as three-quarters of the money is used to cover payroll (and the rest on mortgage, rent or utilities), the loans will be forgiven.

With the SBA rolling out the program just a week after Congress authorized it, banks were struggling to get clear direction, said Rose Oswald Poels, president of the Wisconsin Bankers Association.

“Every day there’s a change or new guidance,” she said. “The rules aren’t final. They’re being written as we live.”

Robbie Young, owner of Coulee Bicycle Co. in Onalaska, said he learned Monday that his loan was approved, though he had yet to see the money Thursday.

As an essential business, he is able to stay open but has limited customer interactions as a precaution. Young said the funds will allow him to bring back two employees who have been furloughed or had their hours cut.

“We’re doing OK, but it’s tough,” he said. “Being a bike shop, you save up money to weather the winter. It’s time to start making money.”

Because loans through the Paycheck Protection Program are based on 2019 payroll, fast-growing businesses like Octopi are at a disadvantage.

“That’s the main reason we couldn’t keep everybody,” said Showaki, who added about 30 employees in the past year.

Showaki said he learned Wednesday that a separate SBA disaster loan program is not accepting applications because of a lack of funding. The Washington Post reported that program has only $7.3 billion allocated to deal with $372 billion in applications.

Money is available through a Federal Reserve emergency loan program, but Showaki said the limits on existing debt keep growing businesses like his from participating.

While applauded as a good first step, Democratic members, as well as public safety and health officials, have criticized the bill for not allocating more state funding to respond to the pandemic.

The Public Service Commission voted Thursday to allow investor-owned utilities to track and defer expenses and lost revenues related to maintaining service during the public health emergency, including waived fees and unpaid bills.

Creating furlough policies will "provide options" to address the financial hit UW campuses face, according to a meeting document.

Police said the homicide does not appear to be random, and the victim was targeted.

Since mid-March, the nonprofit has helped give out 3,300 books to 2,053 kids while doing so in ways that follow public health guidelines.

Stretch of sunny, warmer weather starts after a chilly Friday

Highs will break into the 50s and 60s starting Saturday, according to forecasters.

Isaac Showaki's Octopi Brewing Co. in Waunakee is continuing to make nonalcoholic beverages, but Showaki said he was forced to lay off some employees while waiting on a federal emergency loan. 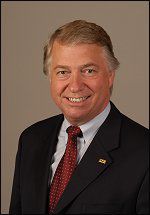 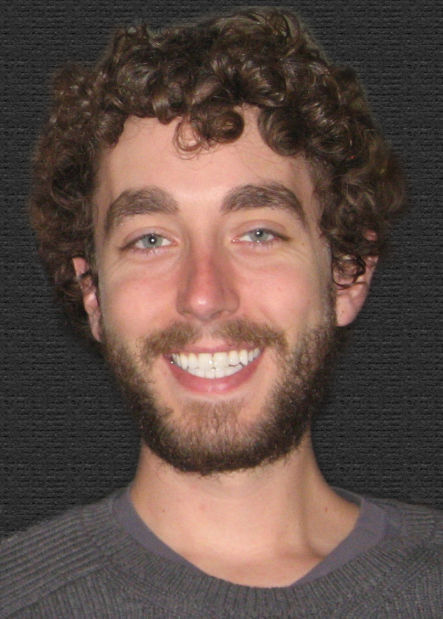