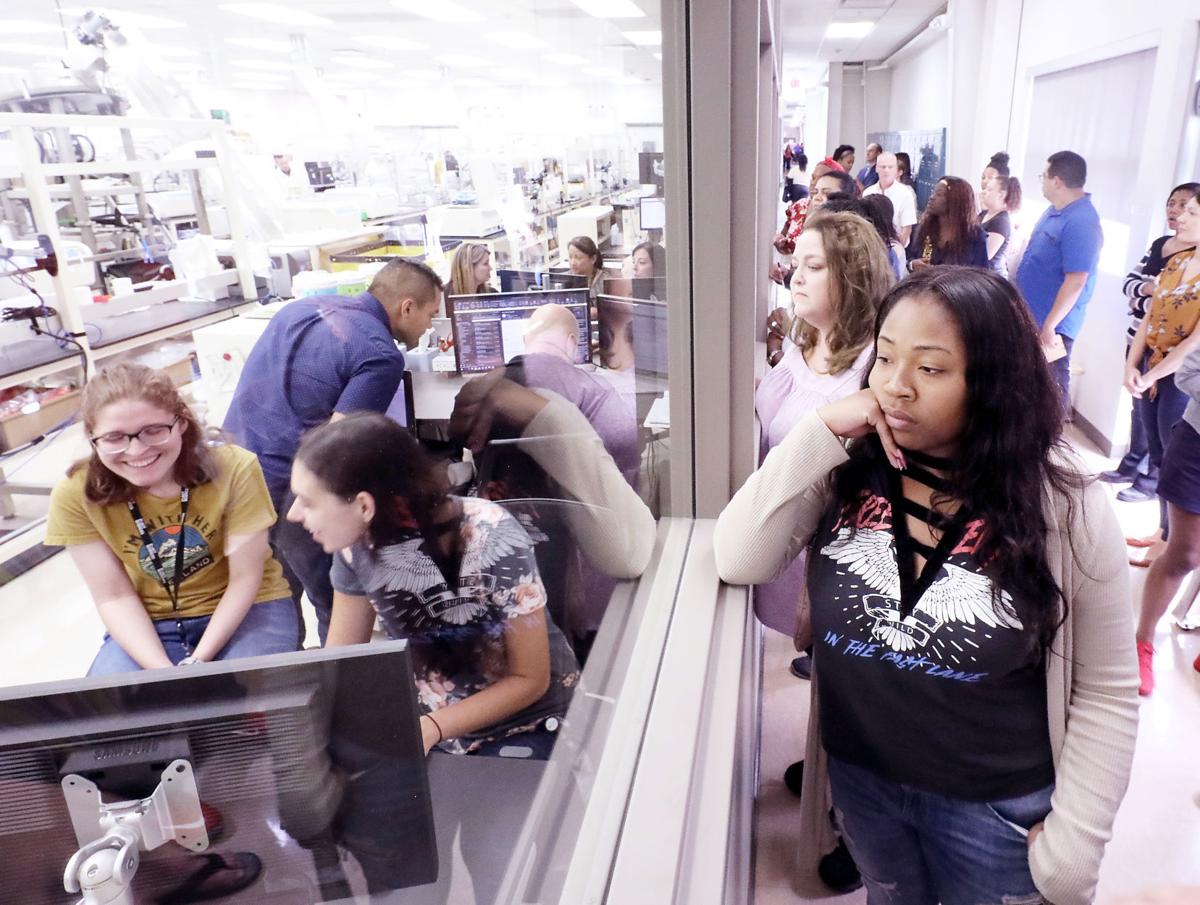 Members of an Urban League of Greater Madison job training class tour an Exact Sciences lab where they could potentially secure a job after completing the program. The Exact Sciences track of the program is held primarily at the Southwest Madison Employment Center, which will have its grand opening Wednesday. 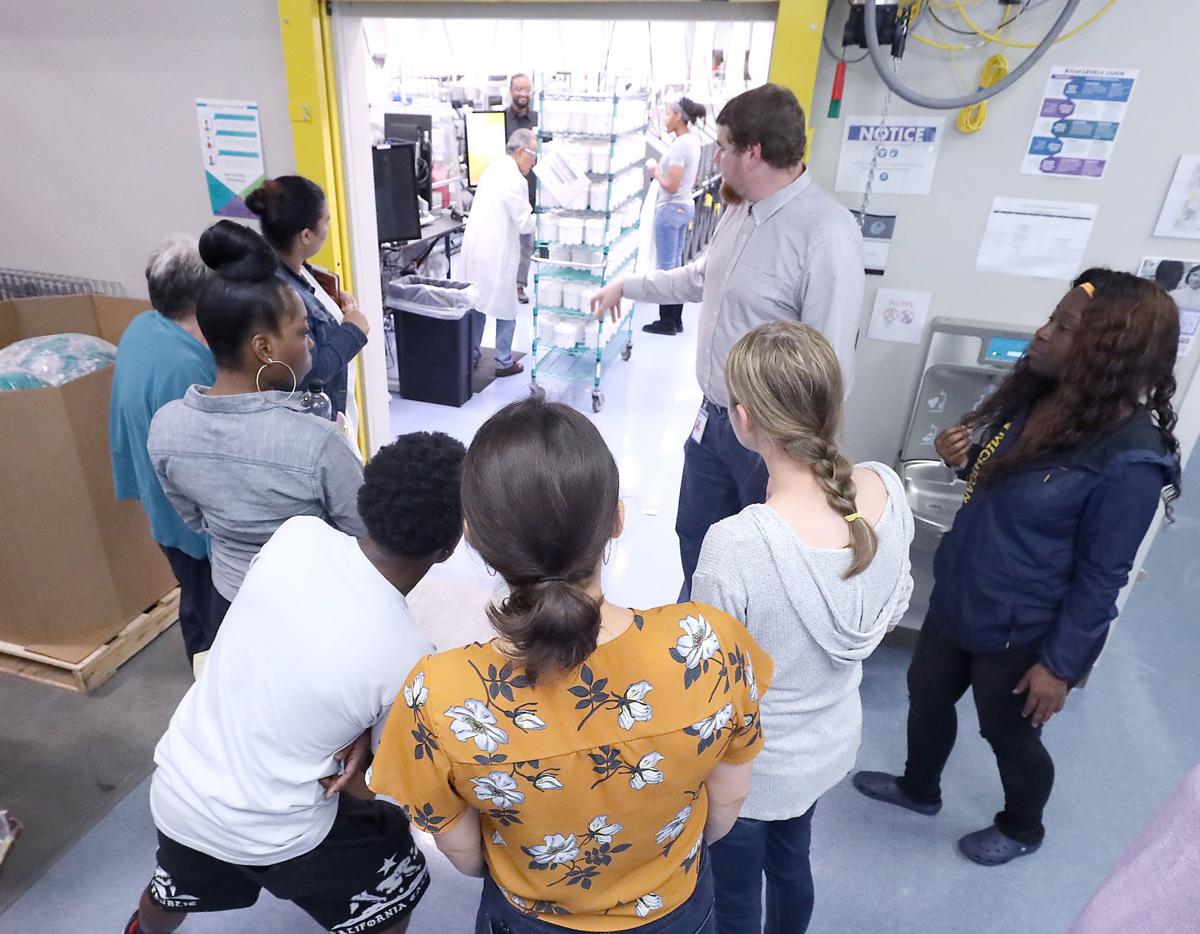 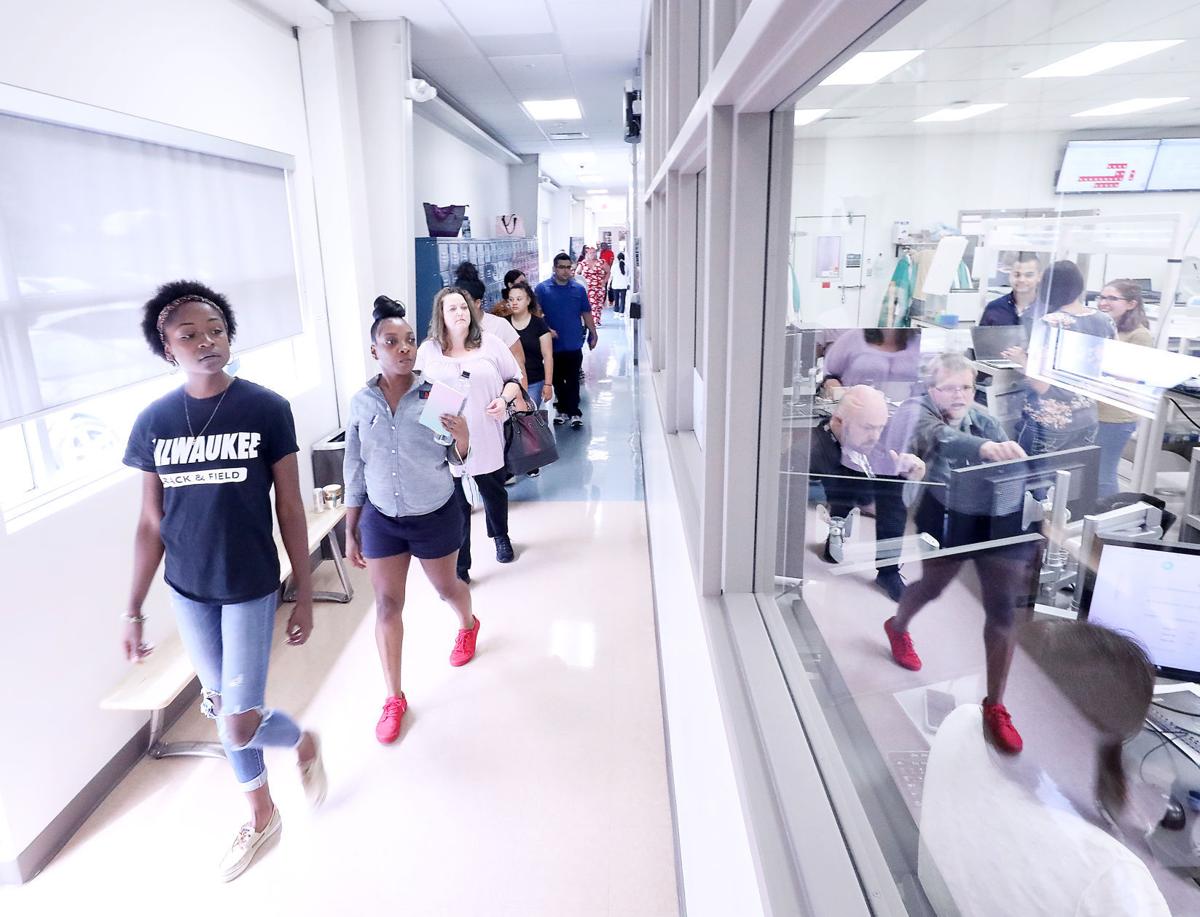 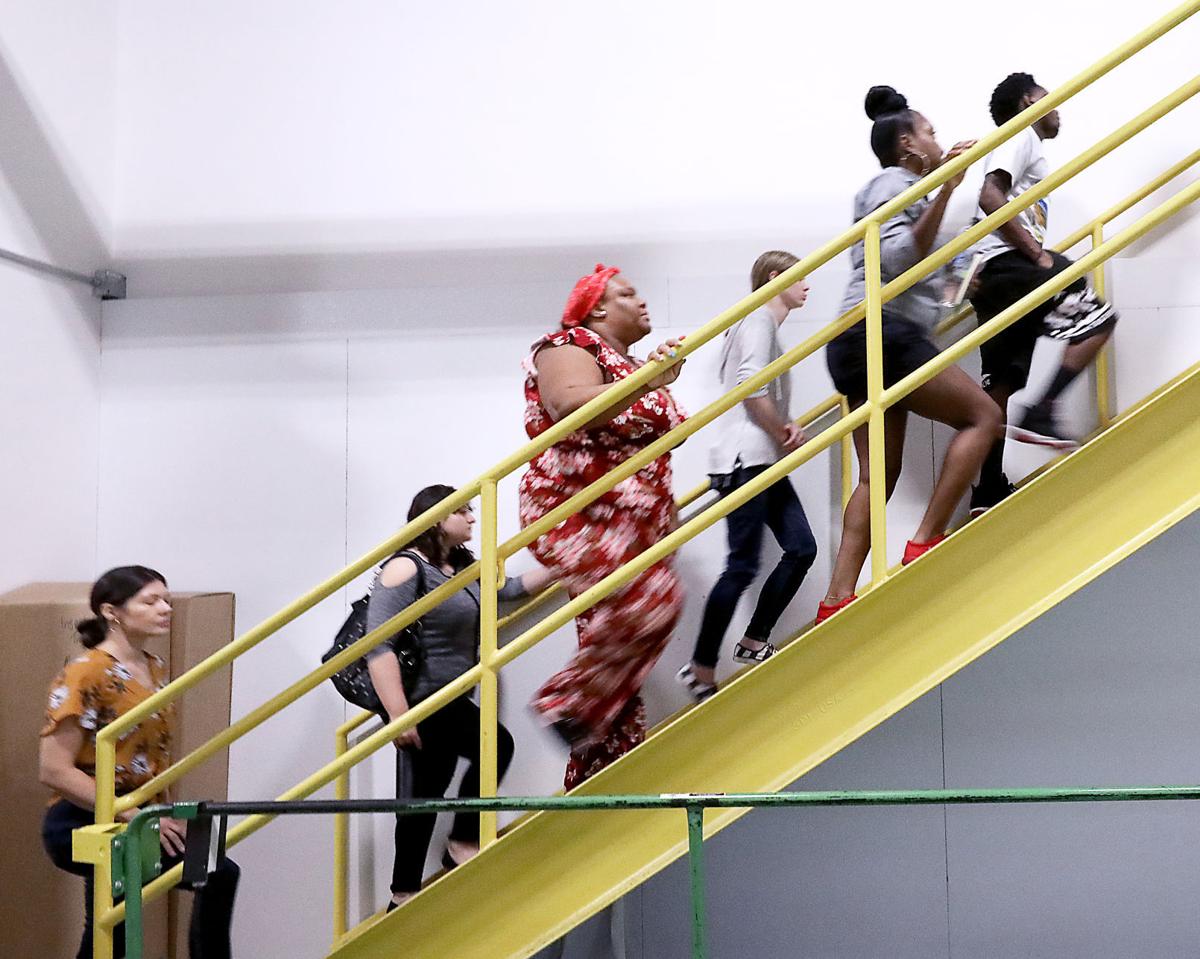 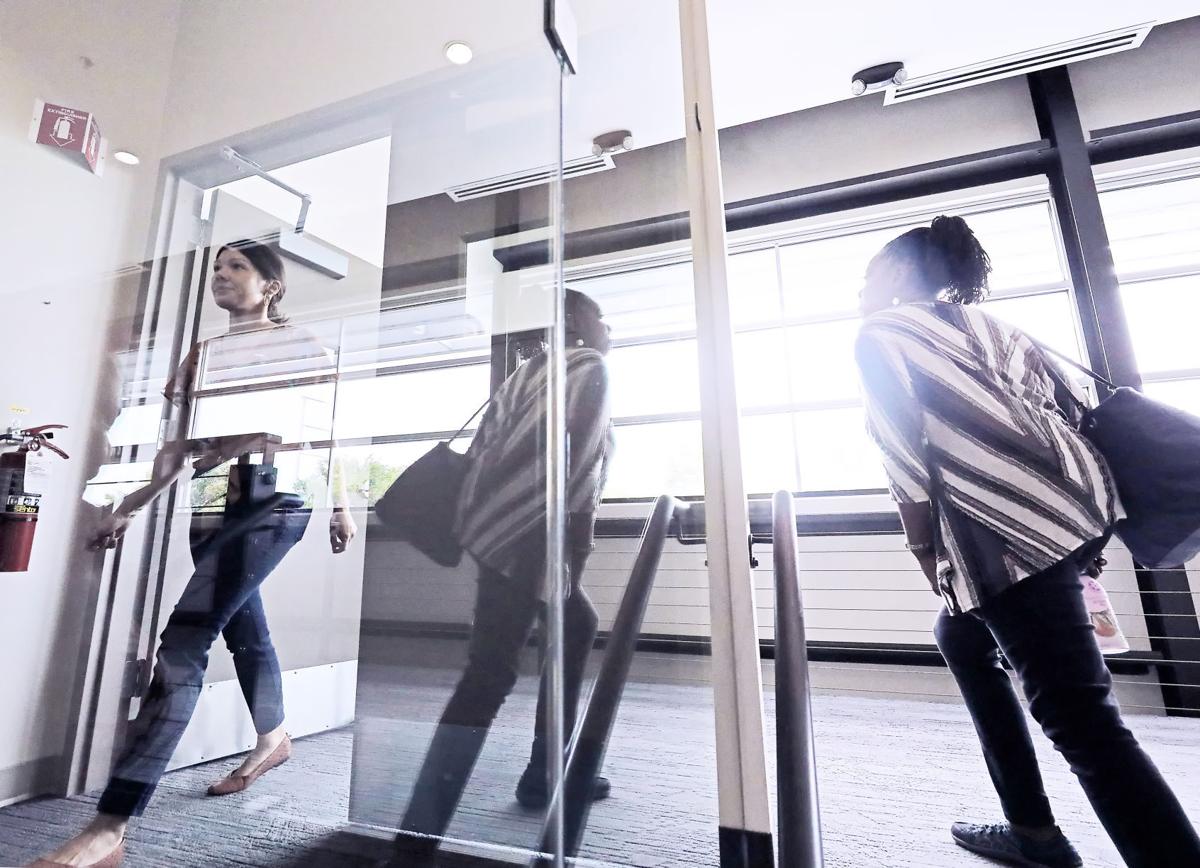 Rodney Lewis is looking for a job with a future — a sustainable career with advancement opportunities and benefits. Through a job training program with the Urban League of Greater Madison, he may find it.

Lewis, 59, is enrolled in the nonprofit’s program to prepare trainees for entry-level jobs at Exact Sciences, the biomedical powerhouse behind the at-home colon cancer screening test Cologuard. Exact Sciences is rapidly expanding and adding jobs at every level, particularly in customer service and sample preparation, where positions start at $15 per hour.

With that kind of pay plus benefits, Lewis said there is an opportunity for him to work consistent hours and receive a steady paycheck instead of driving for ride-hailing services like Lyft and Uber, which pay by commission.

“I’m trying to find something where I don’t have to be working four jobs to pay my bills,” Lewis said.

The partnership between Exact Sciences and the Urban League, about a year old, is expanding with the opening of the Southwest Madison Employment Center, 1233 McKenna Blvd., which is run by the Urban League. Past classes have been able to accommodate about eight trainees at a time, but the new space can accommodate more than 20 trainees.

The employment center’s grand opening is slated for 11 a.m. Wednesday to celebrate what Urban League of Greater Madison President and CEO Ruben Anthony calls a “job training engine” for Madison’s Southwest Side. The city-owned facility, across the road from Elver Park, used to be Griff’s restaurant, which the city spent about $1.1 million to renovate.

With the opening of the Southwest Madison Employment Center, residents who may have had difficulty traveling to the Urban League’s South Park Street location — which, from Elver Park, would take about an hour by bus and require a transfer — can now more easily access the Urban League’s services. A staff member from Dane County’s Department of Human Services Job Center will also be on site a few days a week to provide support to people visiting the center.

“You’ve got populations in Madison that need to be skilled up into the workforce,” said Ray Allen, the Urban League’s director of workforce development. The Southwest Side is home to some of those populations.

Start of a career

Urban League trainees who live in the neighborhood and secure jobs at Exact Sciences will also be close to their new workplace. The Exact Sciences lab and call center where many of the entry-level jobs are available is just a mile and a half from the employment center.

The Urban League’s goal is to help people find sustainable, living-wage jobs, particularly people of color and those struggling with poverty. Job listings and computers are available for those on the job hunt. The nonprofit also provides an array of career readiness programs that teach participants work skills, including time management and resume writing.

Some programs include training specific to organizations looking to hire Urban League participants, such as Exact Sciences. The Urban League also has partnerships for training programs with SSM Health and CUNA Mutual.

To Dixon, going through the training program was a better choice than applying for the job cold because she is learning skills beyond what may be necessary for the specific jobs at Exact Sciences, such as brushing up on changes to Microsoft Office software.

While enrolling in the program does not guarantee a job offer, Exact Sciences hired 24 of the 31 graduates of the Urban League’s training program for entry-level positions in customer service or sample processing.

“It’s a great way not just to get a job but to start a career,” Anthony said.

Akeem Carey, 20, is one of those graduates. She had previously applied at Exact Sciences but didn’t get an offer.

After completing the Urban League program, she started in the customer service department in November and has received two promotions since then.

“There’s a lot of things that go into being hired that I didn’t know,” Carey said. “Not only does the Urban League teach you those skills, but you also get (a recommendation).”

The Exact Sciences track includes training for sample processing, where employees receive samples delivered from UPS and prepare them for testing in the lab, and in customer service, where employees field calls from patients, doctors and insurance providers about the product and the testing process.

The partnership with the Urban League benefits Exact Sciences in multiple ways, Human Resources director Sarah Condella said. Not only does the company recruit employees who already know the basics of the job on day one; those employees also understand what the job entails through the on-site shadowing the Urban League trainees do. Because they’ve seen what the work entails before joining the payroll, those employees are more likely to stay on in the long-run, reducing the number of job openings that need to be filled when other workers leave.

“Even though we’ve built up a great recruiting team and continue to hire and fill all these jobs, we don’t like to be backfilling jobs because we’re losing people who either aren’t committed to the work or for some reason it’s not working out,” Condella said.

Even with the partnership, the number of applicants from the program is nothing compared to the hundreds of jobs Exact Sciences is looking to fill in its labs and customer service center. Anyone can apply for the jobs, many of which only call for one year of previous experience in a customer service role and don’t require a diploma.

“We are Exact Sciences by name, and some people assume that means you have to be a scientist to work here,” Condella said. “That’s not true. We have over 500 open jobs, and if you look at our job board, it’s across every possible discipline in the business world.”

For information on how to join an Urban League of Greater Madison job training program, contact outreach specialist Kayla Richey-Choice at krichey-choice@ulgm.org.

Anyone interested can also visit the Urban League at 2222 S. Park St. or at the Southwest Madison Employment Center, 1233 McKenna Blvd.

For information on how to donate to or volunteer with the Urban League, visit ulgm.org or call 608-729-1200.

Mark Richardson connects "talent" — the prospective employees he coaches — with "opportunity" — potential employers — by relying on connections he's made in the Madison area.

The company plans to open a new facility that is almost four times the size at the site on Madison's West Side.

The nonprofits' report outlines a method to bring a share of high-paying technical and advanced jobs to more cities around the country.

Just over half of local respondents to the 17th annual First Business Bank Economic Survey reported higher profits in 2019.

Exact Sciences spokesman Scott Larrivee said the company is "unable to move ahead" with the job offers in light of the pandemic's impact on business.

Members of an Urban League of Greater Madison job training class tour an Exact Sciences lab where they could potentially secure a job after completing the program. The Exact Sciences track of the program is held primarily at the Southwest Madison Employment Center, which will have its grand opening Wednesday. 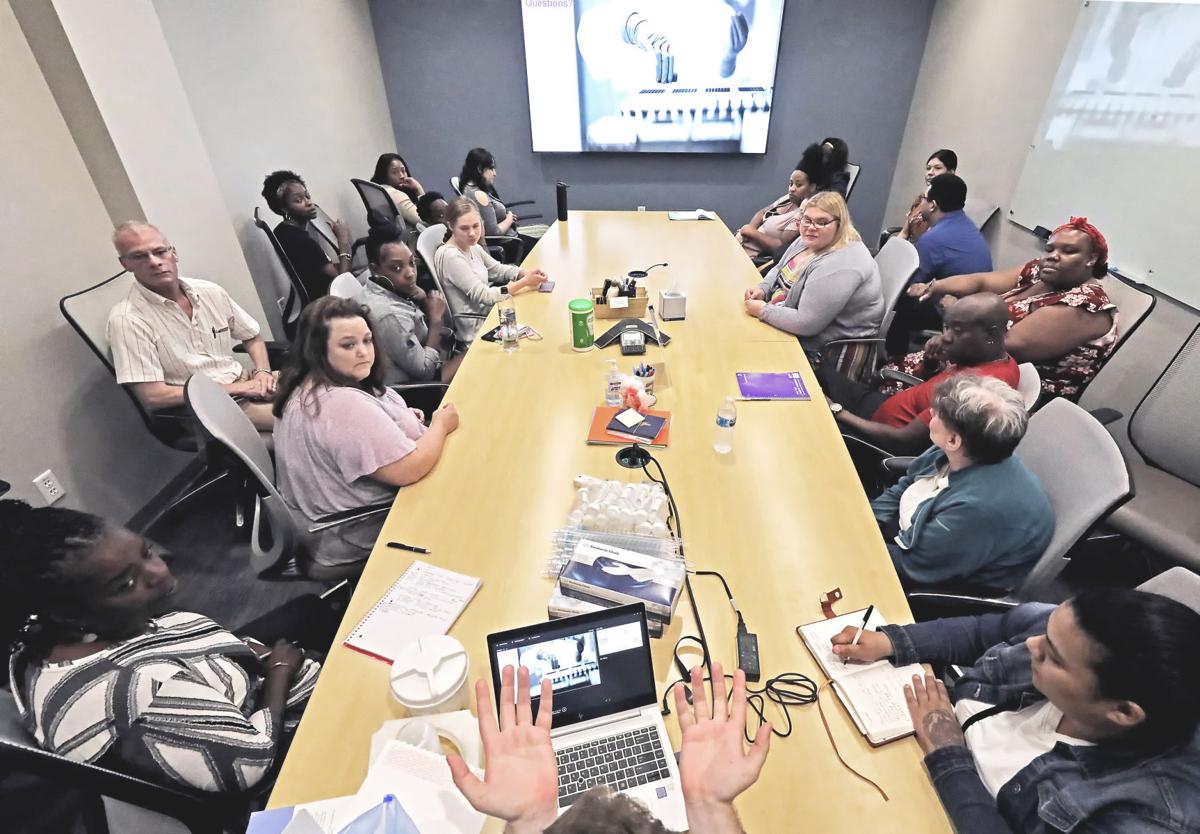 During a tour of one of Exact Sciences' labs, trainees in an Urban League program learn about the Cologuard testing process. 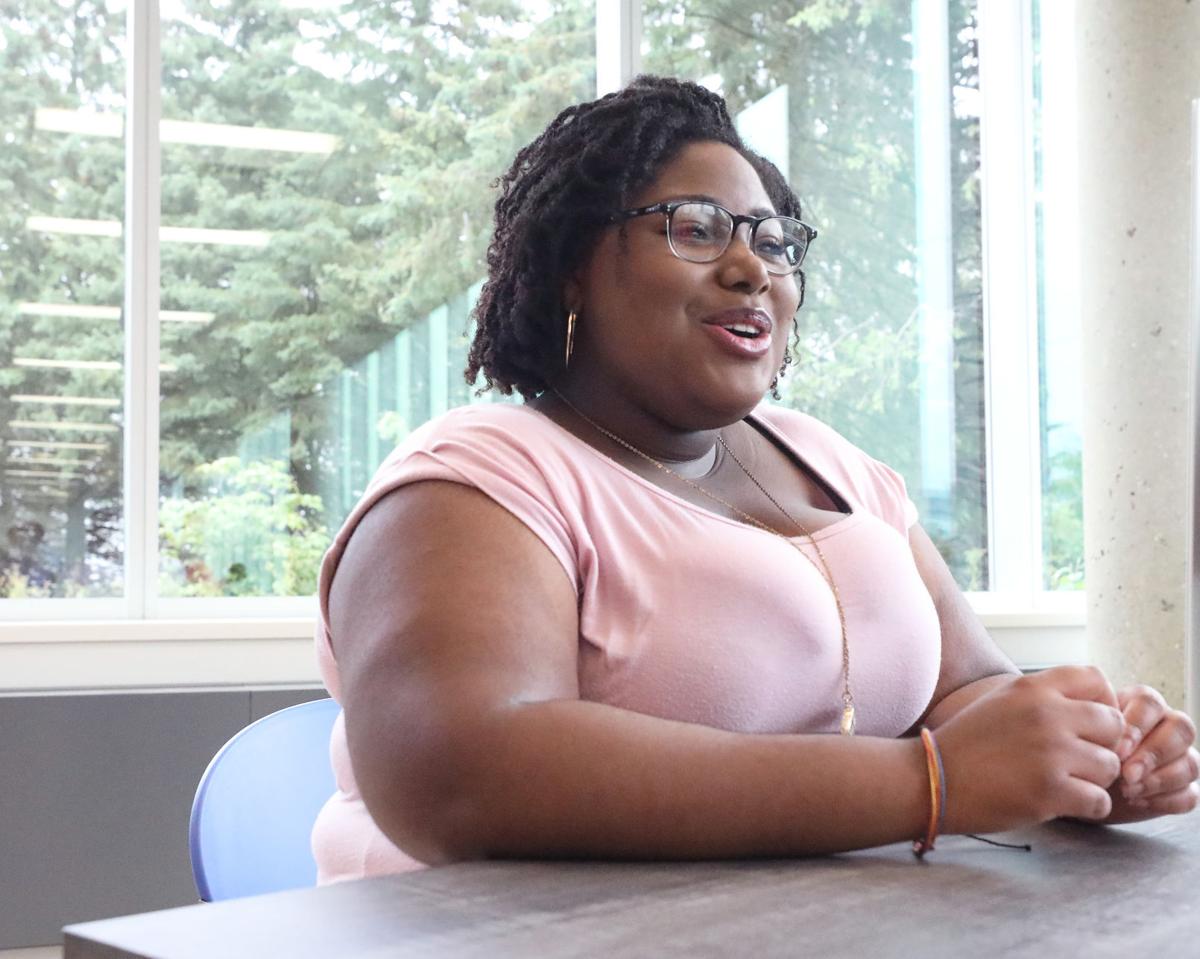 Akeem Carey, a customer service employee at Exact Sciences, has been working at the company since November, after completing a job training class at the Urban League of Greater Madison. 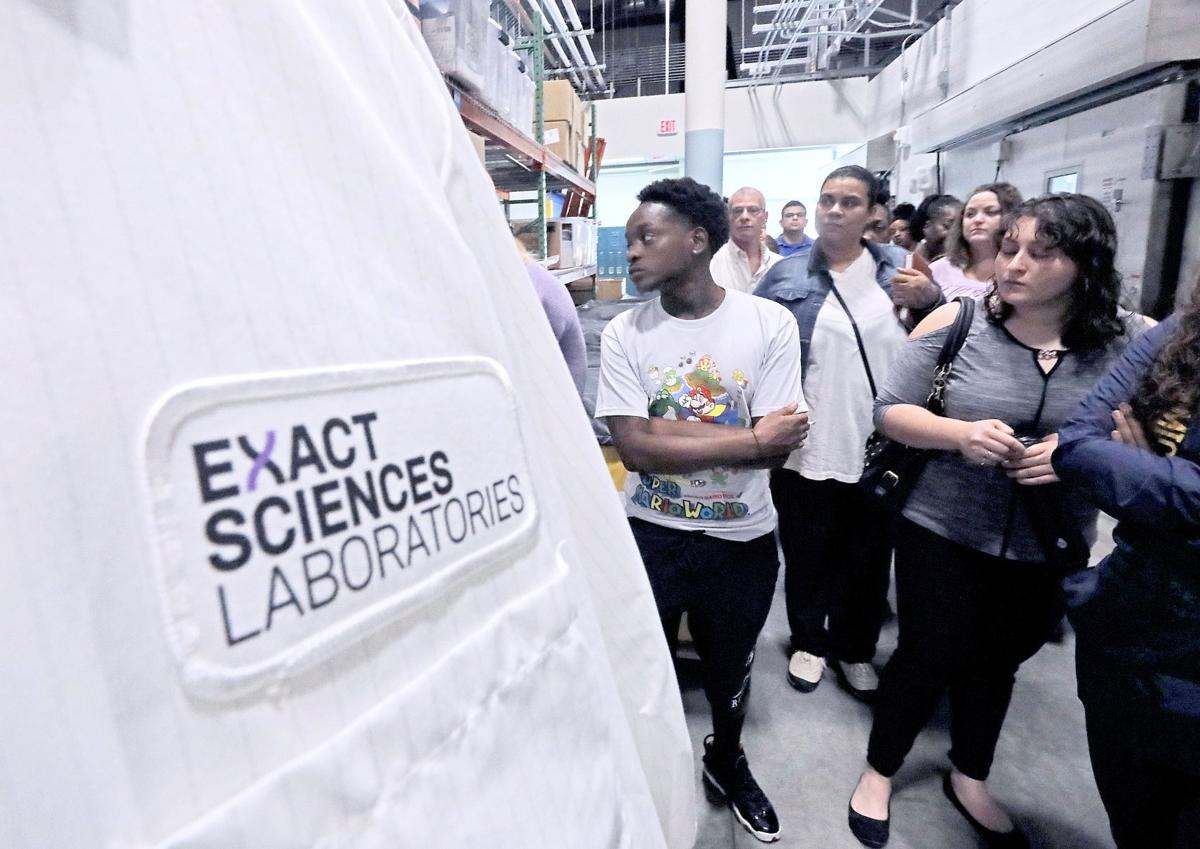 The Urban League program includes on-site tours and job shadowing so trainees know what to expect from a job at Exact Sciences before applying.