Dan Malven isn’t a wide-eyed optimist by nature. He’s a sober, even cautious, venture capitalist who is diligent about investments made by the fund he helps manage, Wisconsin-based 4490 Ventures.

When it comes to how he views the investment climate in the Midwest, however, Malven is bullish.

“Over the next 20 years, the Midwest should be a great market” for angel and venture capital investments in young, often tech-enabled companies, Malven told a May 21 meeting of the Tech Council Innovation Network in Madison.

He’s not alone in his assessment. The only question is whether Wisconsin policy-makers will be late to the party.

For reasons that range from the region’s share of U.S. economic clout to the talent produced by the region’s colleges and universities, and from Silicon Valley fatigue to lower business and living costs, more investors are discovering the Midwest.

Funds such as Drive Capital, 50 South Capital, Lewis and Clark, Allos Ventures, Lightbank Fund and Revolution Ventures have planted a flag in the Midwest, often exclusively as a region, because they see the potential for deals that make money for them while producing jobs and economic activity.

It is a phenomenon reflected in data collected by the Wisconsin Technology Council, as well. Total angel and venture investments in Wisconsin for 2016, 2017 and 2018 will approach $800 million, based on preliminary data, with investors from outside the state’s borders making up a larger share of those dollars than ever before.

The rise of the Midwest as a destination for early stage investments will be a topic at the Wisconsin Entrepreneurs’ Conference (witreps.com), June 4-5 in Milwaukee, with many regionally focused investors on hand to talk about what they’re seeing in the market.

Malven said most coastal investors he meets are surprised when he tells them 9 percent of all billion-dollar-plus venture capital “exits,” such as acquisitions or initial public offerings, during a recent 13-year span were Midwest based. He thinks that share could rise to 20 percent over time as the region attracts more capital.

Most early stage capital is still clustered in California, Massachusetts and New York, but observers expect the Midwest share to rise due to these and other factors: 20 percent share of U.S. gross domestic product, 21 percent of Inc. 5000 headquarters, 27 percent of Fortune 500 headquarters, 31 percent of university research and development spending on engineering, 27 percent of graduating engineers and 90 percent of the 10 most attractive cities for new college graduates.

Silicon Valley is also over-heating, with people, companies and investors looking for better and less expensive places to live and work. The next wave of the internet and information technology also favors the Midwest, which remains a hub for manufacturing.

How are Midwestern states positioning themselves for this renewed interest in the region?

Some have been aggressive about underwriting state funds, matched by private dollars, that co-invest in young companies and other funds. Michigan, Ohio, Illinois and, most recently, Indiana’s Next Level Fund, have followed that approach in the belief a rising investment tide will lift all states in the region.

Wisconsin has a toehold called the Badger Fund of Funds, which has invested in at least a dozen young companies statewide through its “recipient funds” in a handful of locations. The state of Wisconsin is a limited partner in the fund through a $25-million investment.

However, investments in funds established in other Midwest states average hundreds of millions of dollars per state and those dollars are magnets for much more in private investment. For states that have engaged in larger funds, the paybacks are significant in tax dollars, economic growth and good-paying tech jobs.

Is Wisconsin primed to step up? Yes, but it will require political will to build upon a tech economy infrastructure that is already growing. It’s an opportunity worthy of bipartisan support.

Most of Epic's nearly 10,000 employees will be required to return to the health software company's campus by Sept. 21.

Starion Bank, which is based in North Dakota and has several Madison-area branches, closed the $12.3 million loan earlier this month with a dental office with multiple practices in Wisconsin.

Much of the news about the COVID-19 pandemic has been trending somewhere between bad and awful.

Good News: You Might Get a Social Security COLA in 2021 After All

A big jump in prices in June is setting the stage for at least a modest increase in monthly Social Security checks in January.

Although area nonprofit thrift stores suffered losses when stores closed due to the pandemic, store managers say they’ve been flooded with don… 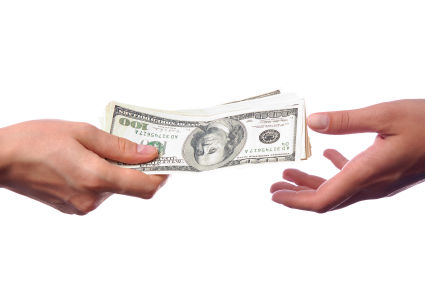 The Midwest should be a great market for venture capital investments over the next 20 years, says Dan Malven of 4490 Ventures.