Largely unnoticed amid the stream of tweets and bilateral tariff threats this summer was the quiet creation of a Democratic “working group” on trade in the U.S. House of Representatives.

Speaker Nancy Pelosi’s charge to the nine-member group: Try to reach consensus on the replacement treaty for the North American Free Trade Agreement.

On the table is the U.S.-Mexico-Canada Agreement, or USMCA, which would replace NAFTA as the primary governing pact among the three nations. It was signed in November 2018 by leaders from all three countries, but NAFTA remains in effect until Congress votes on a bill to implement the replacement.

There are multiple “side letters” on specific products or processes, some of which have homes in Wisconsin, such as cheese, distilled spirits, biologics, natural water resources and more. One prominent provision of USMCA would give U.S. dairy farmers greater access to the Canadian market.

So, what’s the holdup? Some Democratic members of Congress aren’t satisfied with USMCA’s provisions related to labor, the environment, drug pricing and enforcement. The nine-member working group named by Pelosi and headed by House Ways and Means Chairman Richard Neal is focusing on those areas in its talks with Lighthizer.

A veteran observer of trade negotiations in Washington, D.C., thinks those talks are moving along well and that USMCA could be ratified by the end of the year.

“The working group came together to create space for more good will,” said Stefanie Holland, a Wisconsin native who is vice president for federal and global policy at CompTIA, a leading technology association. “It’s something we haven’t seen in the past and it’s all very positive. They are trying to work to ‘yes’ on USMCA.”

Wisconsin is a state that relies on trade. The state’s largest trade markets are Canada and Mexico, and passage of USMCA could expand those relationships. According to the U.S. Chamber of Commerce, trade with Canada and Mexico directly or indirectly supports 231,000 Wisconsin jobs and accounts for $10.9 billion in all exports. Leading categories are industrial machinery, electric machinery, medical equipment, vehicles, plastics and paper, as well as a mix of agricultural products.

Wisconsin’s tech industry has a big stake in global markets. In its 2019 report on trade, CompTIA noted that more than 10,700 jobs in Wisconsin are directly supported by tech exports — good for 18th in the nation. While not in the top 10 states exporting tech goods to Canada or Mexico, Wisconsin is the 10th-largest exporter of tech products to China.

“Technology plays a unique role in international trade,” read a June 2019 letter to congressional leaders from CompTIA and a related organization, the Technology Councils of North America. “Not only is tech the second largest category of U.S. exports (following transportation) but it serves as a catalyst for businesses and consumers to connect and create, thereby encouraging more trade.”

The letter urged passage of USMCA because its provisions on digital trade and intellectual property “are bound to positively affect the growth of U.S. manufacturing and services alike.”

It also applauded provisions that prohibit data localization, enable cross-border data transfers, and protect source codes and algorithms, calling them a “driving force of global growth for the U.S. tech industry in the next decade.”

Obstacles remain, not only to USMCA, but to tariffs and trade agreements involving China. There is political posturing among Republicans and Democrats alike, especially coming into an election year.

However, slow but steady progress on ratifying USMCA, as well as trade agreements with other nations, can defuse larger trade wars before they get worse.

Wisconsin’s rural economy has failed to keep pace, overall, with the state’s larger engines of growth. That gap shows in jobs, salaries, economic output and more.

Tom Still: What can lure people to rural areas?

With the carnage of World War I just over, a popular 1919 song was “How Ya Gonna Keep ‘Em Down on the Farm (After They’ve Seen Paree)?” The ly…

In the not-so-distant past, the preferred exit ramp for young health-tech companies in Wisconsin was to be purchased by a bigger firm in Calif…

Some people in Wisconsin assume the rest of the country knows all it needs to know about us. 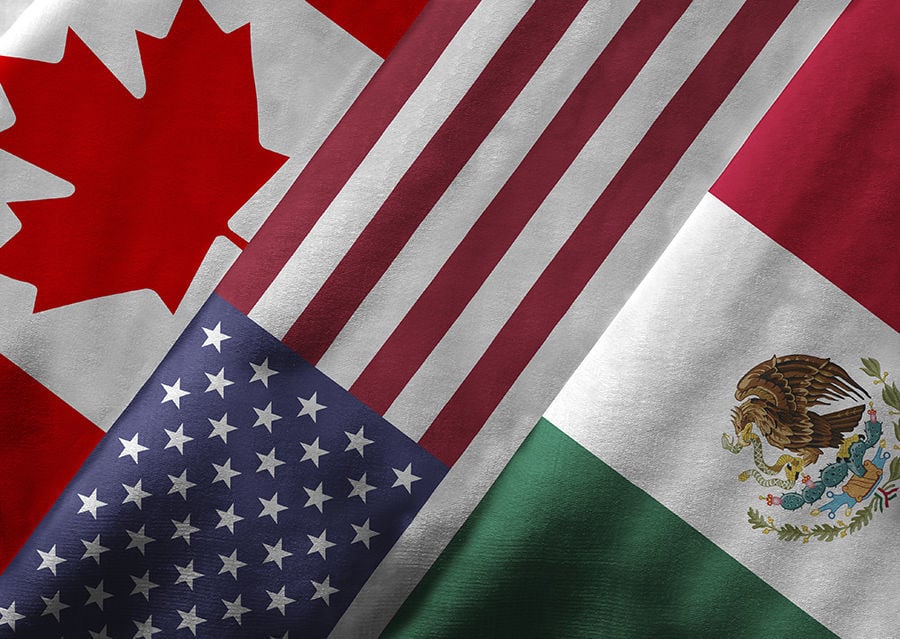 A Democratic “working group” on trade in the U.S. House of Representatives is trying to reach consensus on the replacement treaty for the North American Free Trade Agreement, which involves the United States, Mexico and Canada.