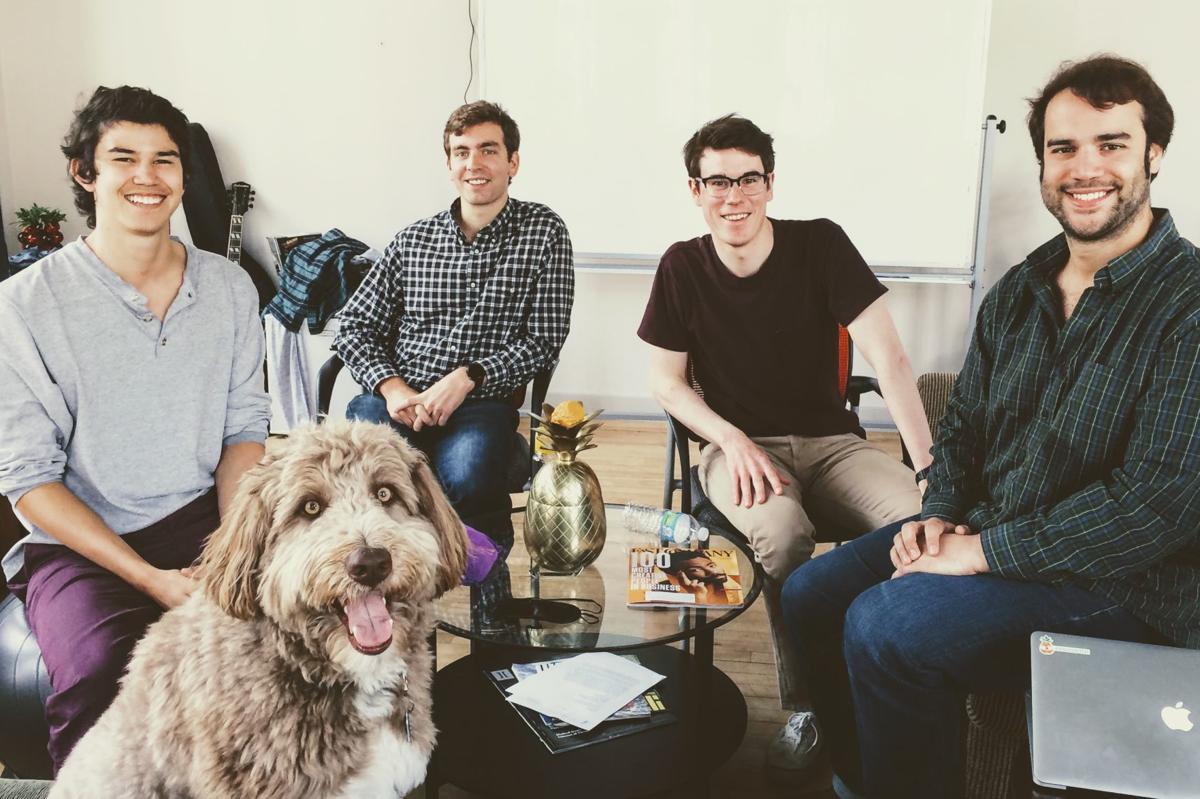 EnsoData, software that can detect potential sleep disorders, has finalized a $1.5 million investment round. Pictured above are, from left to right: Nick Glattard, co-founder and chief technical officer; Sam Rusk, co-founder and president; Brock Hensen, chief operating officer; and Chris Fernandez, co-founder and CEO, along with Murph, the office dog. 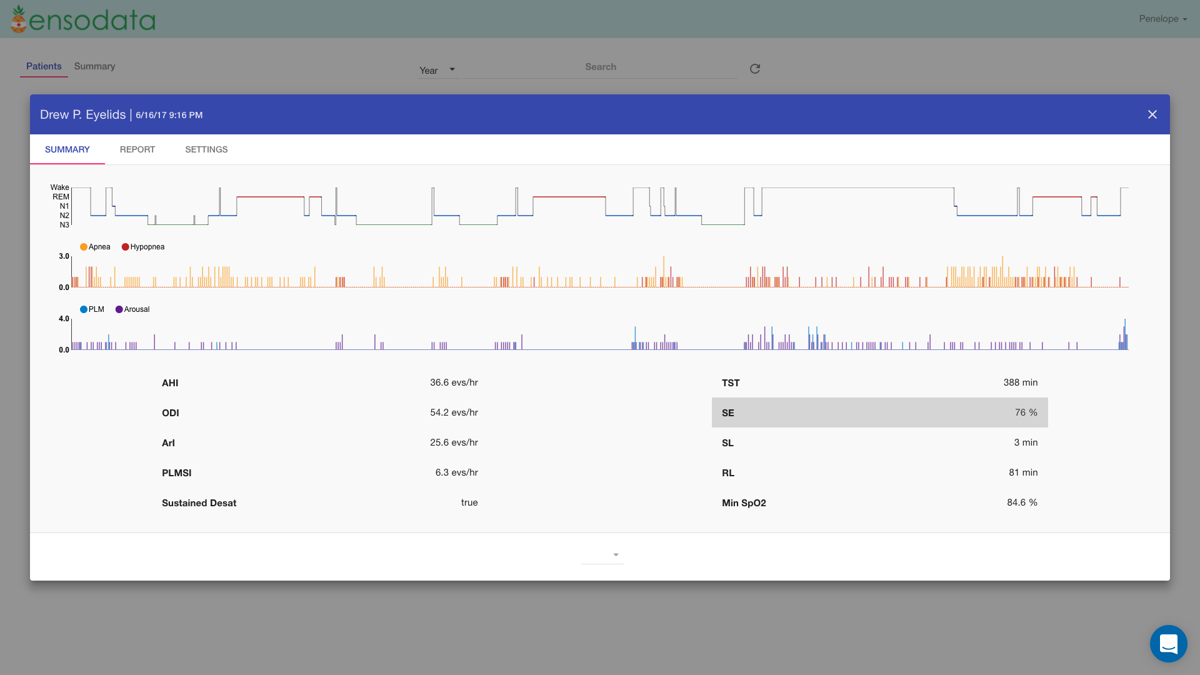 This screenshot shows EnsoData's format for displaying data collected from sensors attached to a patient in a sleep study. The Madison startup's software is used to help diagnose sleep disorders.

EnsoData, a Madison startup that uses artificial intelligence (AI) to detect potential sleep disorders, says it will double its staff and develop new types of health care software products now that it has finalized a $1.5 million funding round.

The new investment “means a lot,” said Chris Fernandez, co-founder and CEO of EnsoData. “It is providing us with critical financial resources that we need to take this technology and bring it into the mass market for adoption.”

If a patient stops breathing, has heart flutters or a lot of leg movements, the sensors record those episodes. The data also can show the person’s sleep stages and disruptions, Fernandez said.

Through AI, the technology can sift through huge quantities of data, using algorithms designed to scout out known patterns related to a variety of sleep disorders. The patterns are based on information collected on tens of thousands current or past patients at EnsoData’s client clinics, Fernandez said.

So, after an eight-hour sleep study, EnsoSleep can help a clinician identify people with problems such as sleep apnea, restless leg syndrome and even heart problems — in just five minutes. Typically, it takes health care staff an hour or more to examine sleep study data manually, Fernandez said.

Since EnsoSleep was cleared by the U.S. Food and Drug Administration in April 2017, more than 50 sleep clinics around the U.S. are using the software — in California, Texas, New York, Minnesota and Florida.

“Sleep clinics today are working hard to keep up with the increasing volume of home sleep studies, the growing shortage of clinicians, and the downward pressure on reimbursements,” Fernandez said. “EnsoSleep is providing sleep clinics a level of efficiency that allows them not just to survive but to thrive in a changing sleep environment.”

EnsoData has four full-time employees and plans to add four more over the next six months, Fernandez said. The company, founded in 2015 by Fernandez, Sam Rusk and Nick Glattard, all UW-Madison grads, has offices at 111 N. Fairchild St.

According to the National Sleep Foundation, more than 18 million Americans have sleep apnea. It’s a condition that can lead to problems such as heart attack, glaucoma, diabetes or cognitive disorders if it’s not treated, the National Heart, Lung and Blood Institute says.

Colle Capital, a venture capital fund based in New York City and Los Angeles, led the funding round with investors from around the country participating, including HealthX Ventures, Madison. Colle Capital’s founding partner, Victoria Grace, and investor Ziad Sultan are joining EnsoData’s board of directors as part of the investment.

Fernandez said the next steps for EnsoData will be to expand the use of EnsoSleep to more clinics, and to modify the software platform to use in other health care situations, such as monitoring patients in intensive care or following surgery.

“The core technology we have developed is applicable to a broad variety of problems in health care that involve time-consuming, complex data analysis ... that is done manually today,” Fernandez said.

Cutting the amount of time it takes to make medical diagnoses will give patients more time with health care providers, and will lower costs, “making health care more widely available to a greater number of people,” Fernandez said.

The new investment brings the total funding EnsoData has received to more than $2 million.

The company was created out of UW-Madison research.

The two Madison startups are starting to make waves.

EnsoData, software that can detect potential sleep disorders, has finalized a $1.5 million investment round. Pictured above are, from left to right: Nick Glattard, co-founder and chief technical officer; Sam Rusk, co-founder and president; Brock Hensen, chief operating officer; and Chris Fernandez, co-founder and CEO, along with Murph, the office dog.

This screenshot shows EnsoData's format for displaying data collected from sensors attached to a patient in a sleep study. The Madison startup's software is used to help diagnose sleep disorders.