Construction could begin in early 2017 to create a courtyard and a more open feel to the south side of Hilldale Shopping Center. 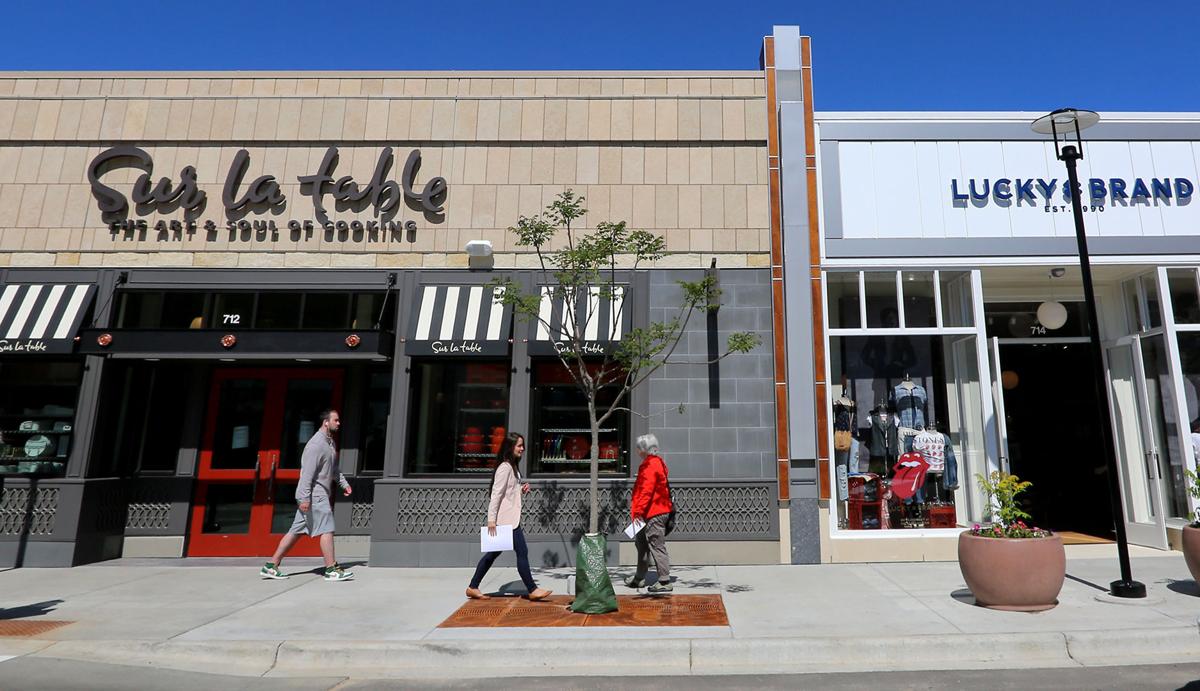 New tenants occupying Hilldale Shopping Center’s new West Plaza in 2015 included Sur La Table, a kitchen and cooking store, and Lucky Brand, a clothing store. The stores are part of a $15 million renovation that has created an open-air corridor on the north side of the shopping center. 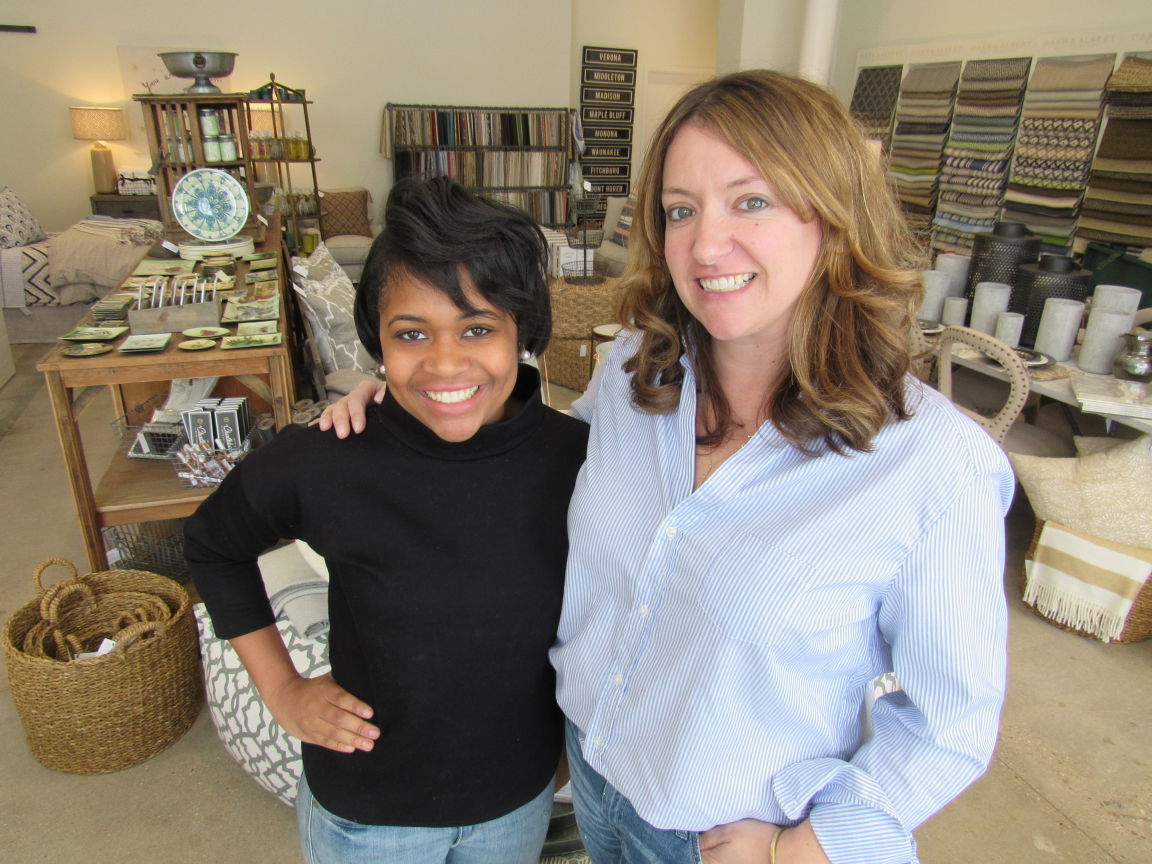 Kate Kazlo, right, has opened The Home Market, a 1,200-square-foot home interior design store in the Hilldale Shopping Center. Taren Mansfield, a former executive at Target and a UW-Madison graduate, is the store’s manager.

The transformation and redevelopment of the Hilldale Shopping Center is going to continue, this time on the south side of the property.

The owner of the mall, WS Development, has submitted plans with the city on a proposal to create a courtyard and provide more visibility and access to stores from the outside between Macy’s and Sundance Cinemas.

The 55,000 square-foot project would give Sundance a higher profile, provide new space for University Book Store and continue the trend of more open-air shopping at the center, located at University Avenue and Midvale Boulevard.

The city’s Urban Design Commission is scheduled to hear a presentation on the project at 4 p.m. Wednesday.

Alexandra Patterson, a project manager for WS Development, said Monday that if the project is approved by the city, which could take until September, work could begin in early 2017.

WS declined to give a cost for the project, which will reduce the shopping center’s retail space by 10,000 square feet.

The proposal comes 11 months after the grand opening of a $15 million, 53,000-square-foot redevelopment between Macy’s and Metcalfe’s Market that created an open-air corridor on the shopping center’s north end.

“We have spent the last year watching the north side come alive with new retailers, restaurants and customer activity while we have been contemplating the next chapter for Hilldale,” WS Development wrote in a letter to the city. “As a result of our studies, we have identified an area of the property that calls for this next phase of reinvestment.”

Developers called the north side project “the most significant expansion in Hilldale’s 51-year history,” although other major renovations over the past 11 years transformed the shopping center into a town center with outdoor entrances to retail shops and restaurants, parking garages and the addition of a Sundance Theater, Target and Great Dane brewpub.

Hilldale, which opened in 1962, is one of the city’s oldest shopping destinations. WS Development bought the shopping center in 2012 at a sheriff’s auction for $52 million.

The property had been owned by Chicago-based Joseph Freed & Associates, which bought it in 2004 and spent millions of dollars on upgrades.

WS Development is based in Chestnut Hill, Massachusetts, and owns, operates and manages over 23 million square feet of shopping center retail space around the country.

In its letter to the city, dated April 26, WS Development said the goals of the project include transforming the south side so that it “joins the recently redeveloped north side as an activated and welcoming streetscape” and to construct “approachable storefronts” that connect with pedestrians.

The plan also would “create meaningful outdoor green space,” according to the letter.

WS Development is working with Eppstein Uhen Architects and Ken Saiki Design for the project’s design.

Tim Parks, a planner with the city, said he saw the conceptual plans for the project on Thursday when they were presented to the city’s Development Assistance Team and that the plans “were well received by those in attendance. The renovation and reconstruction would require approval by the City Council following approvals by the Urban Design Commission and Plan Commission, Parks said.

The plan includes relocating University Book Store to new space but with a main entrance facing the east, while Ulla Eyewear would be relocated to a space near the Macy’s entrance.

While retailers have not yet been identified for the courtyard spaces, renderings indicate a large space for an “outdoor” store with other spaces for home, fitness, beauty and accessories.

Ald. Tim Gruber, who joined the City Council in March and has lived just blocks from the shopping center for over 20 years, has seen Hilldale transform and believes the actions of the past and the plans laid out for the future will be positive.

“I think it’s a good concept. I think it’s fairly modest because it takes away some square footage,” Gruber said. “I think what they’ve done already is good and that will help convince people that this is the next logical step.”

Plans filed with the city's Urban Design Commission in April show the enclosed section of the mall between Macy's department store and Sundance Cinemas being converted to storefronts open to the sidewalk.

Hilldale demolition begins but it won't be the last

Hilldale Shopping Center's $15 million redevelopment covers 53,000 square feet and is expected to revitalize the backside of the mall, which has been largely void of retailers and restaurants.

The upscale clothing store with a nautical theme is the newest addition to Hilldale.

Hilldale Shopping Center continues to open new stores and restaurants -- one of them being Cafe Hollander, expected to open mid-October.

A national stationery and greeting card store has opened at Hilldale Shopping Center.

Construction could begin in early 2017 to create a courtyard and a more open feel to the south side of Hilldale Shopping Center. 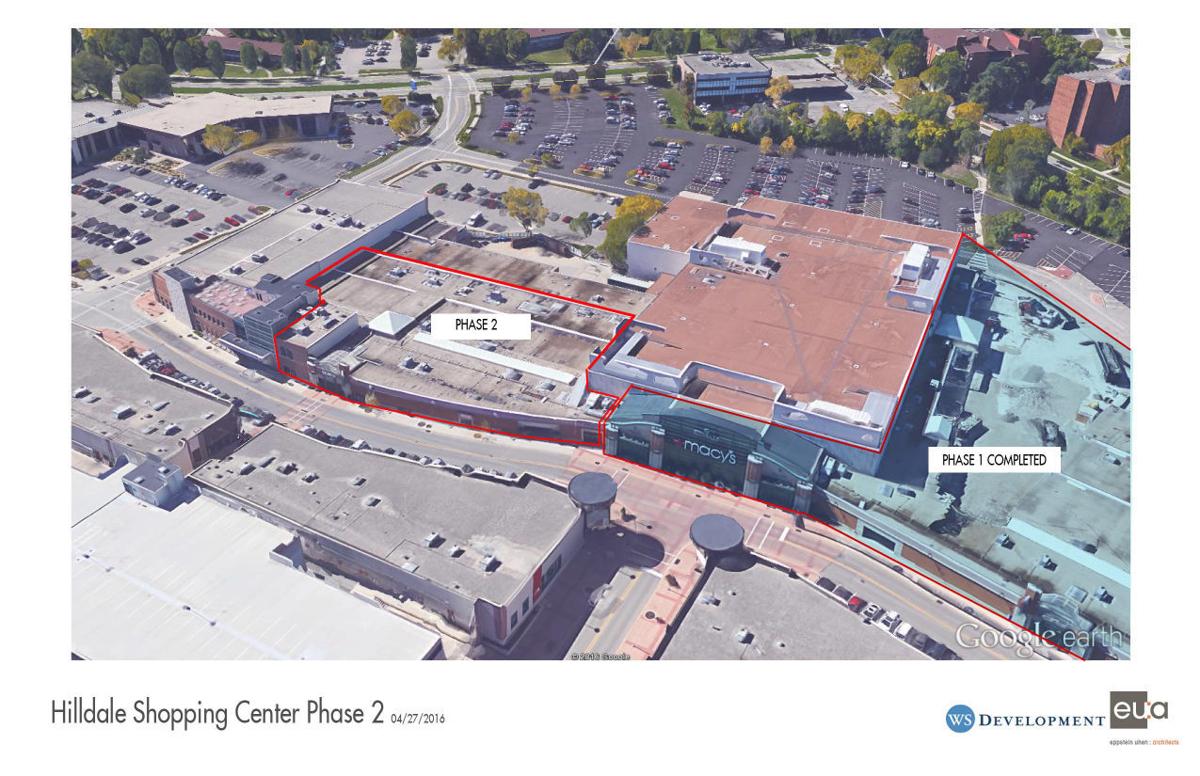 The south side of Hilldale Shopping Center is being targeted for redevelopment between Macy's and Sundance Cinemas. 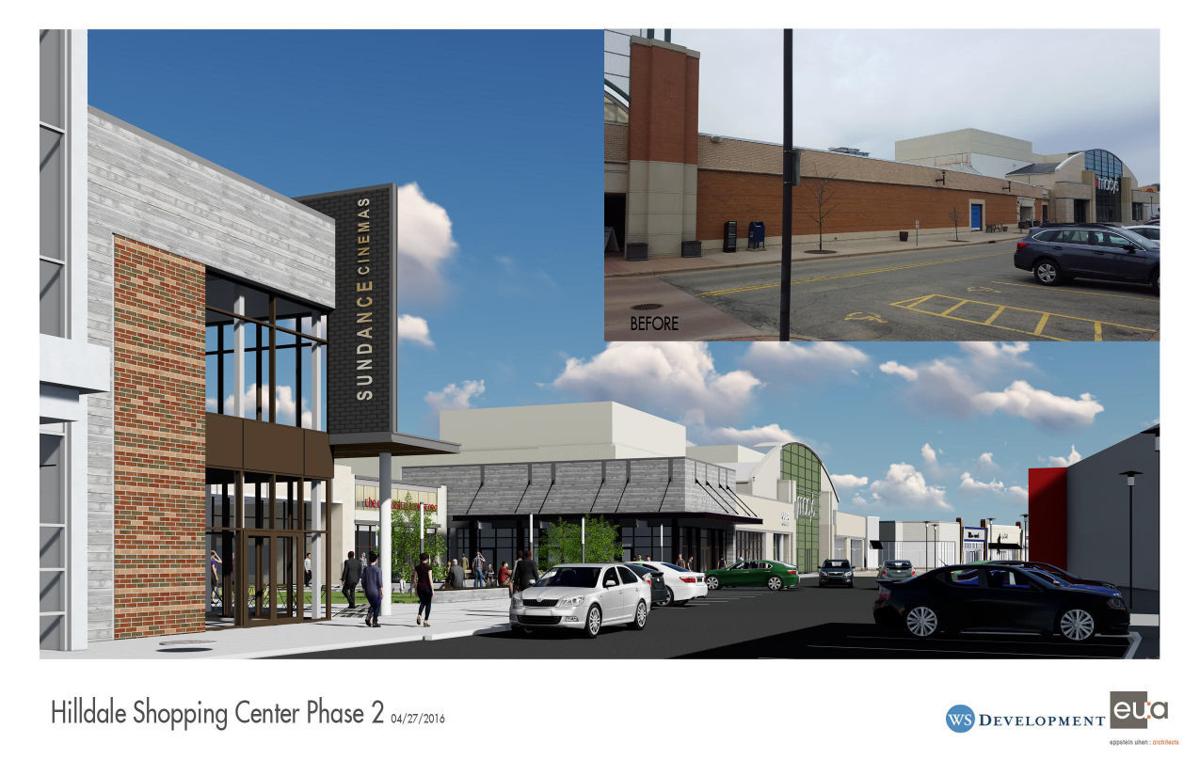 A proposed courtyard at the south side of Hilldale Shopping Center would increase the profile of Sundance Cinemas and provide a new space for University Book Store. 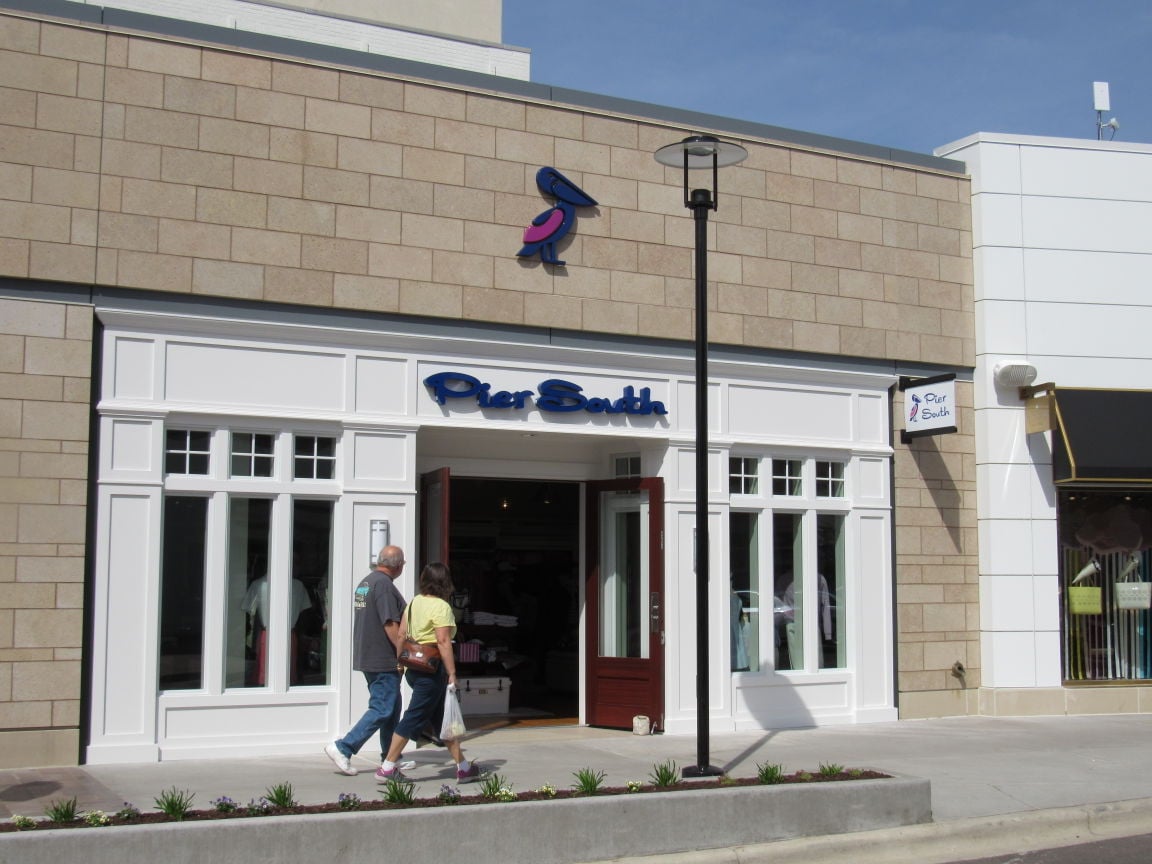 Pier South is located along the Main Street of the Hilldale Shopping Center, just north of Macy's.

New tenants occupying Hilldale Shopping Center’s new West Plaza in 2015 included Sur La Table, a kitchen and cooking store, and Lucky Brand, a clothing store. The stores are part of a $15 million renovation that has created an open-air corridor on the north side of the shopping center.

Kate Kazlo, right, has opened The Home Market, a 1,200-square-foot home interior design store in the Hilldale Shopping Center. Taren Mansfield, a former executive at Target and a UW-Madison graduate, is the store’s manager.