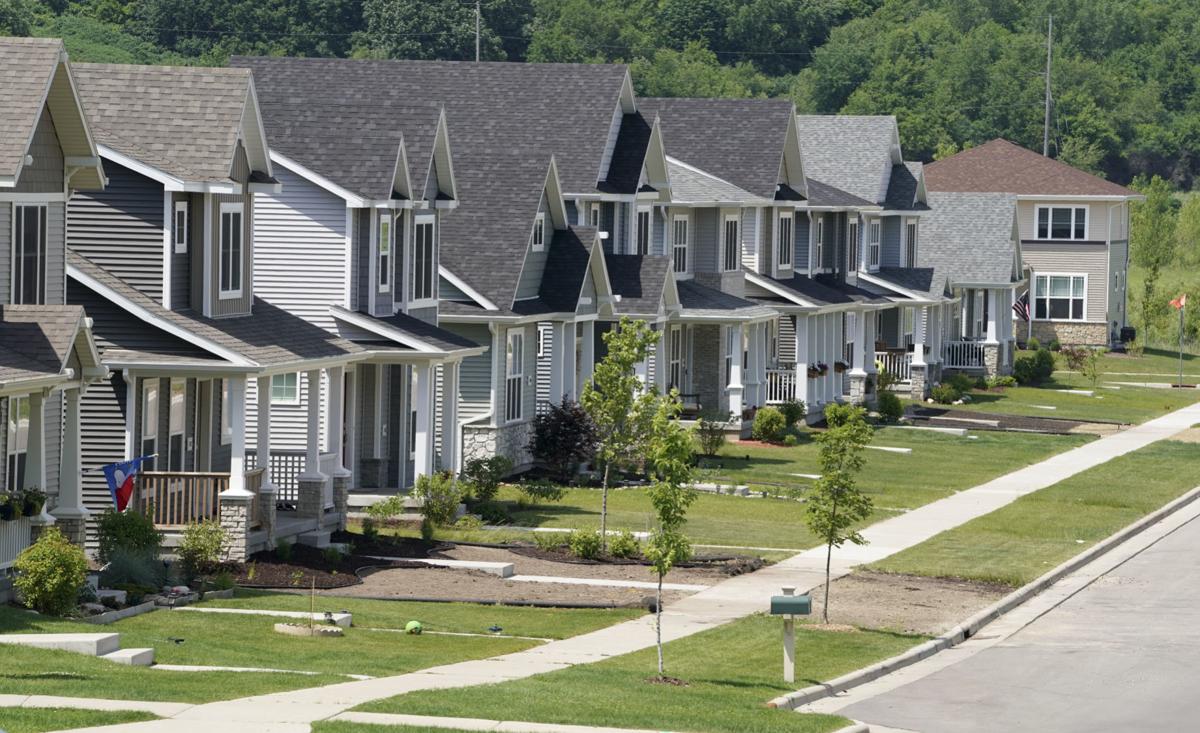 The Village at Autumn Lake, a new neighborhood on Madison's Far East Side, saw the second-highest jump in property value, according to assessment data released Friday.

Construction is still ongoing along Willow Rock Road in The Village at Autumn Lake development on Madison's Far East Side. 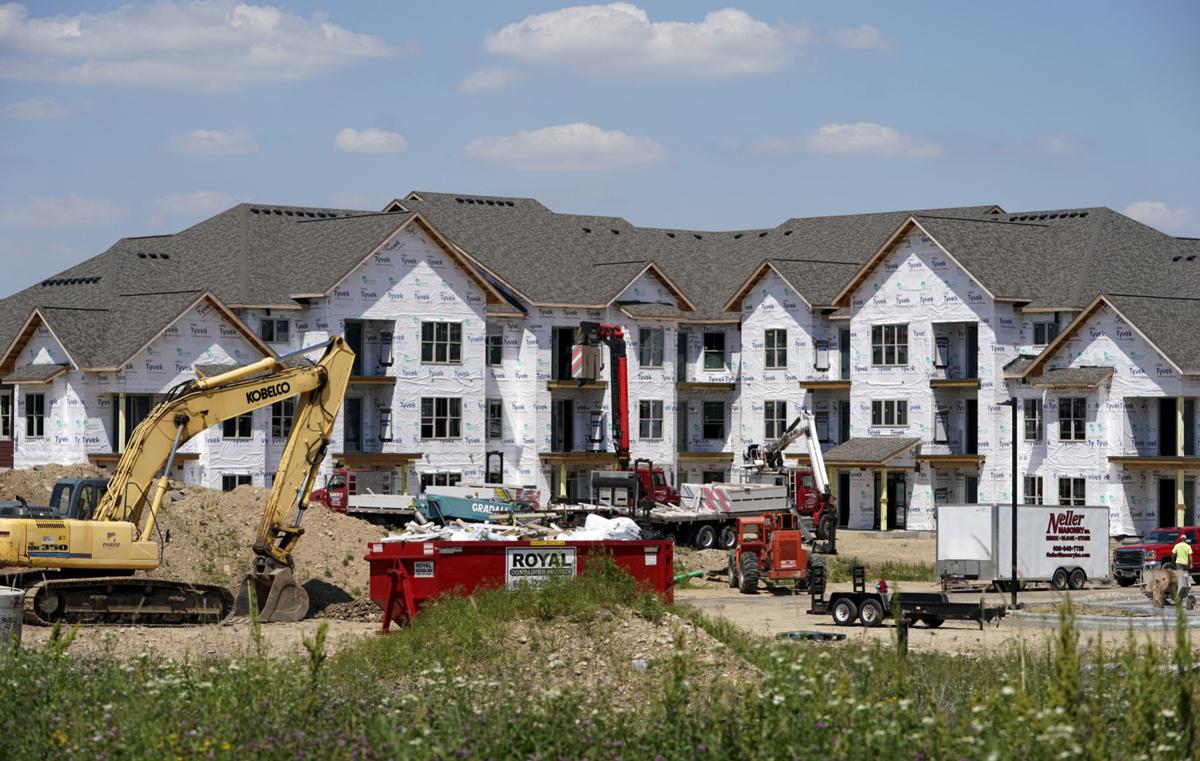 A multi-unit building rises along City View Drive at The Village at Autumn Lake development, on Madison's Far East Side. The new development saw the second-highest jump in average property assessments according to the city assessor's office, which released assessments on Friday.

With growth in commercial property again leading the way, Madison real estate values increased 6.6% over last year, according to new city assessments released Friday, with the value of the average single-family Madison home rising yet again, by 4.9% to $315,200, a new high.

The 6.6% overall increase in property assessments was slightly better than last year’s 6.4% increase, but was not as robust as the 7.4% increase of two years ago.

Still, that’s the kind of steady growth that City Assessor Michelle Drea said should help the city weather a 2020 economy that has taken blows from the COVID-19 pandemic.

“With that stable, consistent growth, that should provide a level of hope for our recovery,” Drea said. “Our economic foundation is very strong.”

She said, though, that it’s too difficult and a little too early to predict what the future holds for property values.

Assessments, which form the basis for property tax bills that will be issued in December, are based on 2019 property sales and other data and serve as the basis for tax collections. An increase in property values doesn’t necessarily correlate to an increase in tax bills because the city and other governmental units still must set budgets and tax rates later this year.

Mayor Satya Rhodes-Conway said the economic effects of withstanding the COVID-19 pandemic, which caused unemployment on a scale not seen in Madison in decades, aren’t yet visible in this year’s assessments, though she said the city’s strong economic base will help it withstand the downturn caused by the pandemic.

“The market data from 2019 that is reflected in our 2020 assessments confirms the strength of Madison’s economy before the onset of the global pandemic,” Rhodes-Conway said.

“The severe and widespread economic effects of containing COVID-19 are not yet reflected in these property assessments,” she said. “The solid economic foundation reflected in the 2019 market data should help sustain us through the difficult years ahead and set the stage for rebuilding our economy in new ways for the benefit of all Madison residents.”

The commercial new construction figure is down slightly from 2018, while new single-family home construction rose by $30 million.

That new construction figure and the 2% ratio of total city property value it represents is important because it’s part of the formula that helps determine how much the city can increase its property tax levy under state-mandated levy limits, said David Schmiedicke, city finance director.

But as the economic effects of the pandemic affect new construction, which could be delayed by a year or two, “I expect that number will drop in future years,” Schmiedicke said. Any ripple effect on property values could take a few years to manifest, he said, similar to the way the impact of the 2008 financial crisis affected city property values.

But Drea said one indicator — property transfers — has rolled on steadily throughout the year, slowing only for a “partial pause” for a week or two.

“But since then it’s picked right up,” she said.

The biggest gainers in assessments were new developments Woods Farm, with a 38.4% increase, and The Village at Autumn Lake, with a 14.8% increase. Both are on the Far East Side and are transitioning from rural to residential.

Among the largest gainers in established areas are Lapham School-Breese Stevens, which has seen much development, and Wil-Mar-Orton Park, both with 9.9% increases. Others include the Meadowood West, Elvehjem-Acewood and Woodward areas, all with 9.2% increases; Atwood-Winnebago, 8.8%; Cardinal Glen-Birchwood-1,000 Oaks, 8.7%; Tenney Park, 8.2%; and Olbrich Park-Cottage Grove Road, 7.9%.

The most expensive homes in Madison on average remain in the Spring Harbor area on Lake Mendota, where assessments average more than $1.1 million, while the least expensive remain in the Burr Oaks-Lincoln School area and average $145,500.

Due to the COVID-19 pandemic, the process for challenging assessments -- the "open book" period -- will be different than in other years. This year, it begins on June 22 and closes on July 3 at 4:30 p.m.

Because the city assessor's office remains closed in compliance with directives by Public Health Madison & Dane County, nearly all open book contact will be by telephone or by teleconference. To contact the appraiser for their property, property owners can email openbook@cityofmadison.com, or call 608-266-4531.

This year, City Assessor Michelle Drea said, the assessor's office will use an online portal for the process, which property owners can use to see the appraiser's work being done in real time.

And while Drea does not encourage property owners to make use of it, by state law the assessor's office must provide two hours of walk-in access to the public during the "open book" period. That will be on Monday from 8 a.m. to 10 a.m. She said, however, that there isn't anything property owners can do in person that cannot be done more easily online.

Resources and procedures also can be found at www.cityofmadison.com/assessor.

For many Madison-area homeowners, a rare bit of good news in their property tax bills

In the city of Madison, the total tax bill for the average assessed home is rising just $64, or 1 percent, to $6,415 — and that's before deductions.

Michelle Drea, who has been serving as interim assessor since Mark Hanson retired in June, is an attorney with experience in property assessment.

Madison set a record for the value of the average single-family home and saw strong growth in commercial values, especially big apartment buildings with 50 or more units.

In the state, total net tax collections for all classes of property are projected to rise a net 1.1 percent to roughly $11 billion.

Madison businesses like hotels, taverns, restaurants and theaters have suffered dramatic losses during the COVID-19 pandemic, and the city is taking special steps to consider impacts before new commercial property values are unveiled this spring.

What are some ways the game of golf can grow?

Look out for these items at thrift stores

Look out for these items at thrift stores

Can CO2 be transformed into jet fuel?

Can CO2 be transformed into jet fuel?

The Village at Autumn Lake, a new neighborhood on Madison's Far East Side, saw the second-highest jump in property value, according to assessment data released Friday.

Construction is still ongoing along Willow Rock Road in The Village at Autumn Lake development on Madison's Far East Side.

A multi-unit building rises along City View Drive at The Village at Autumn Lake development, on Madison's Far East Side. The new development saw the second-highest jump in average property assessments according to the city assessor's office, which released assessments on Friday. 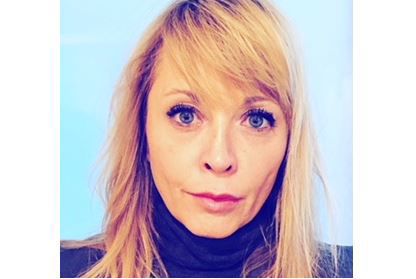