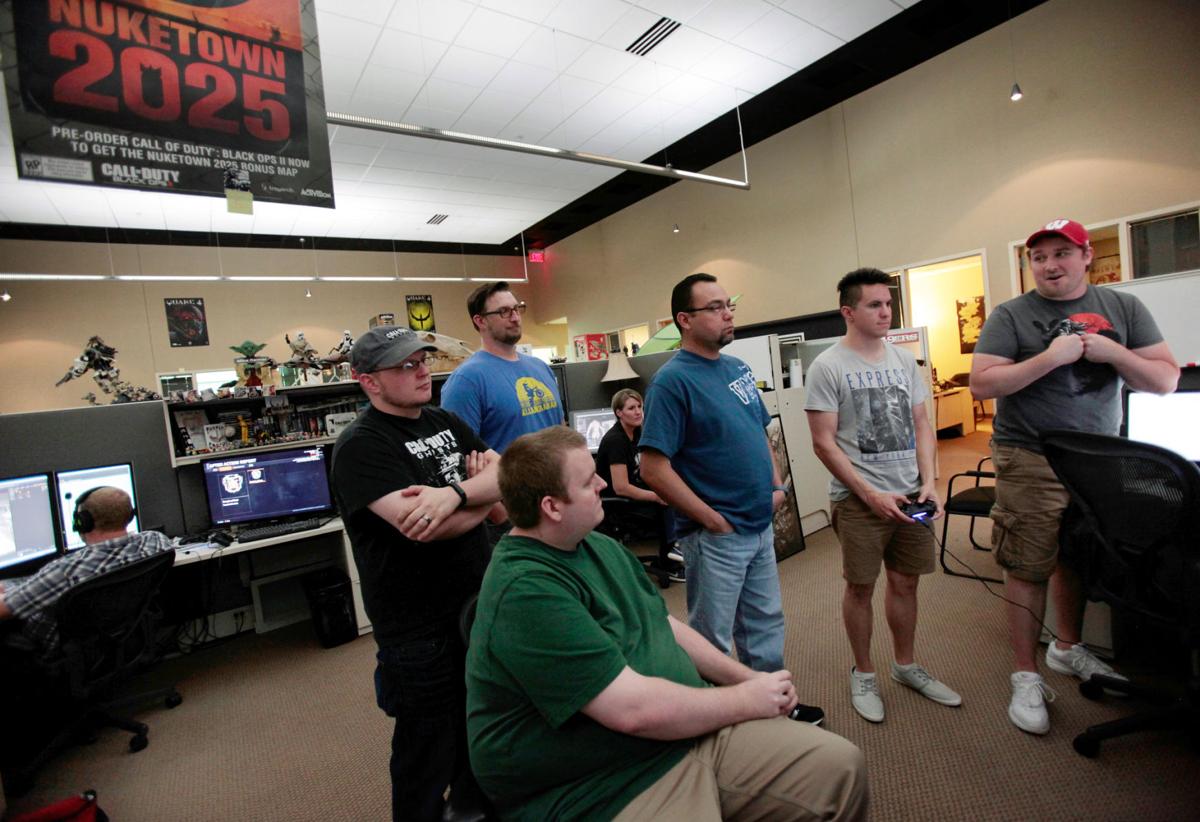 Employees critique the artistic work on a project "play-through" at Raven Software in Middleton. 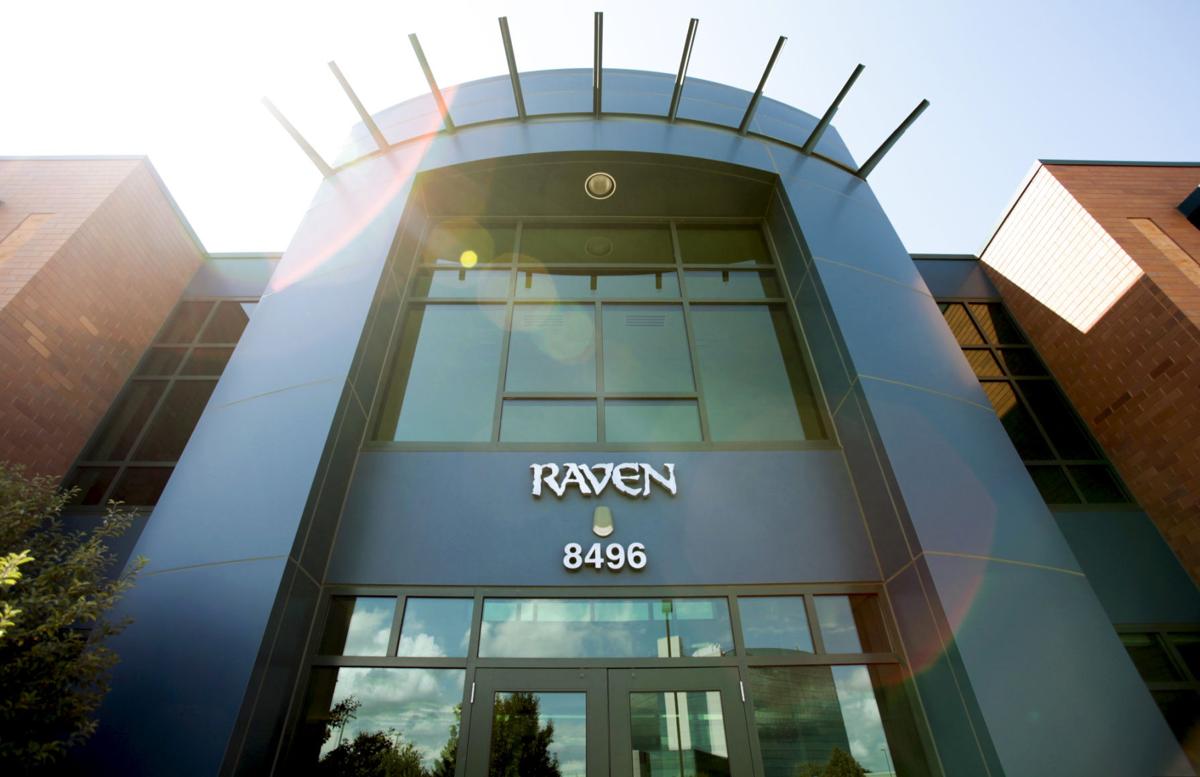 The building that houses Raven Software, 8496 Greenway Blvd., Middleton, foreshadows some of the dark, shady, fantasy creatures that come to life in the digital games Raven creates. 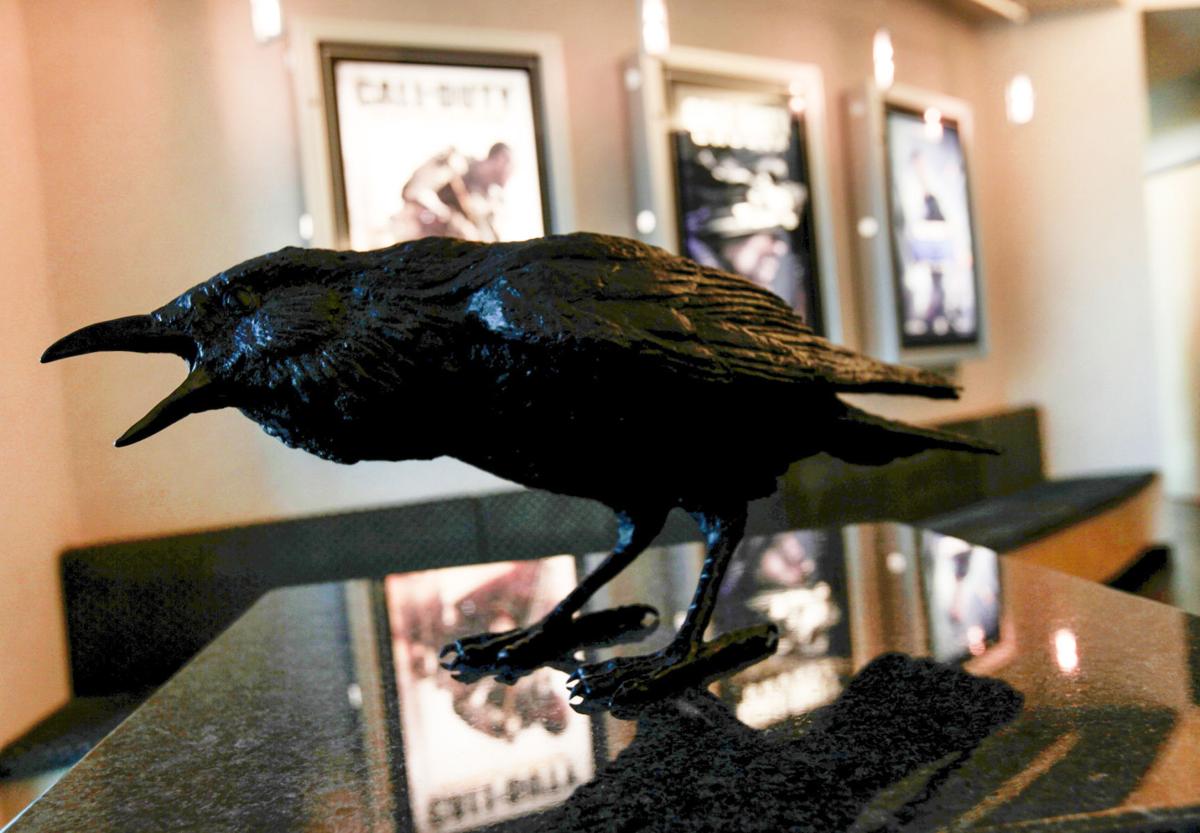 A raven statue and posters of video games the company has created greet visitors to Raven Software, Middleton, marking 25 years in business. 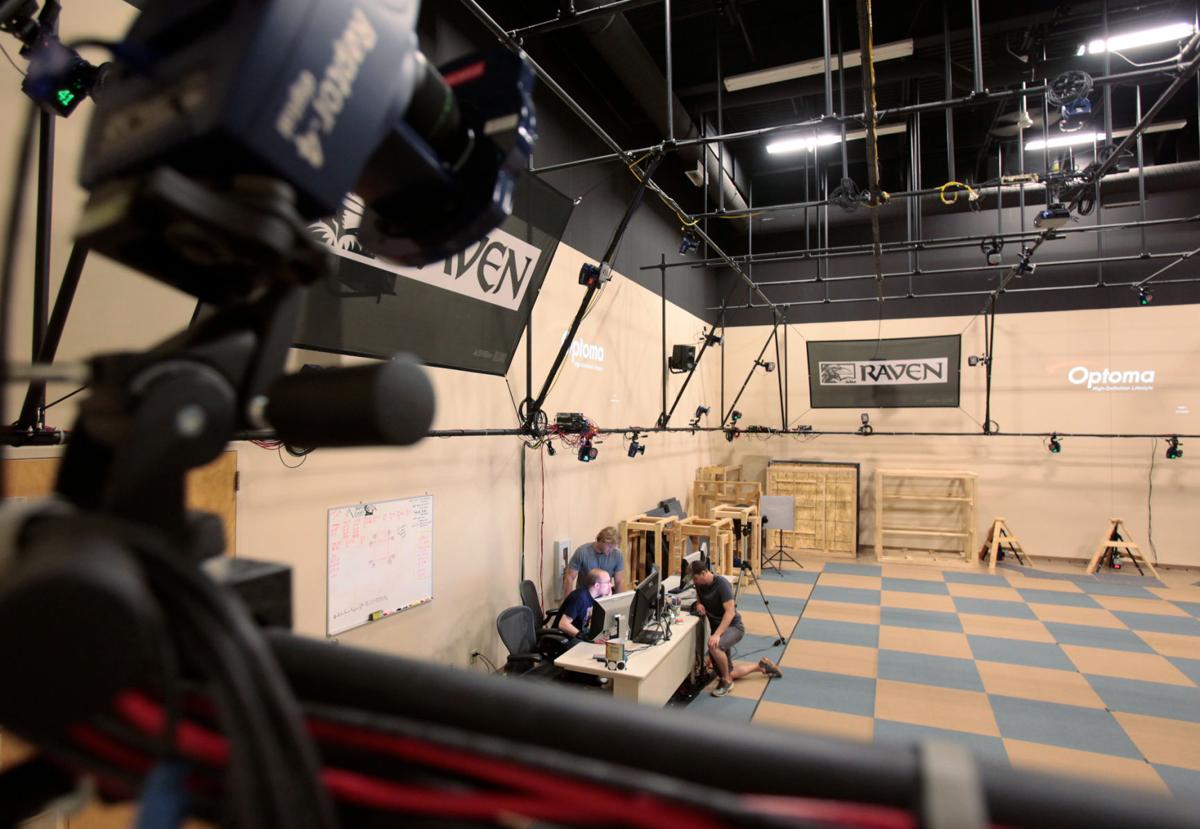 About 50 cameras are used in motion capture -- a process used to make animated figures move in a realistic way -- in a studio at Raven Software in Middleton. 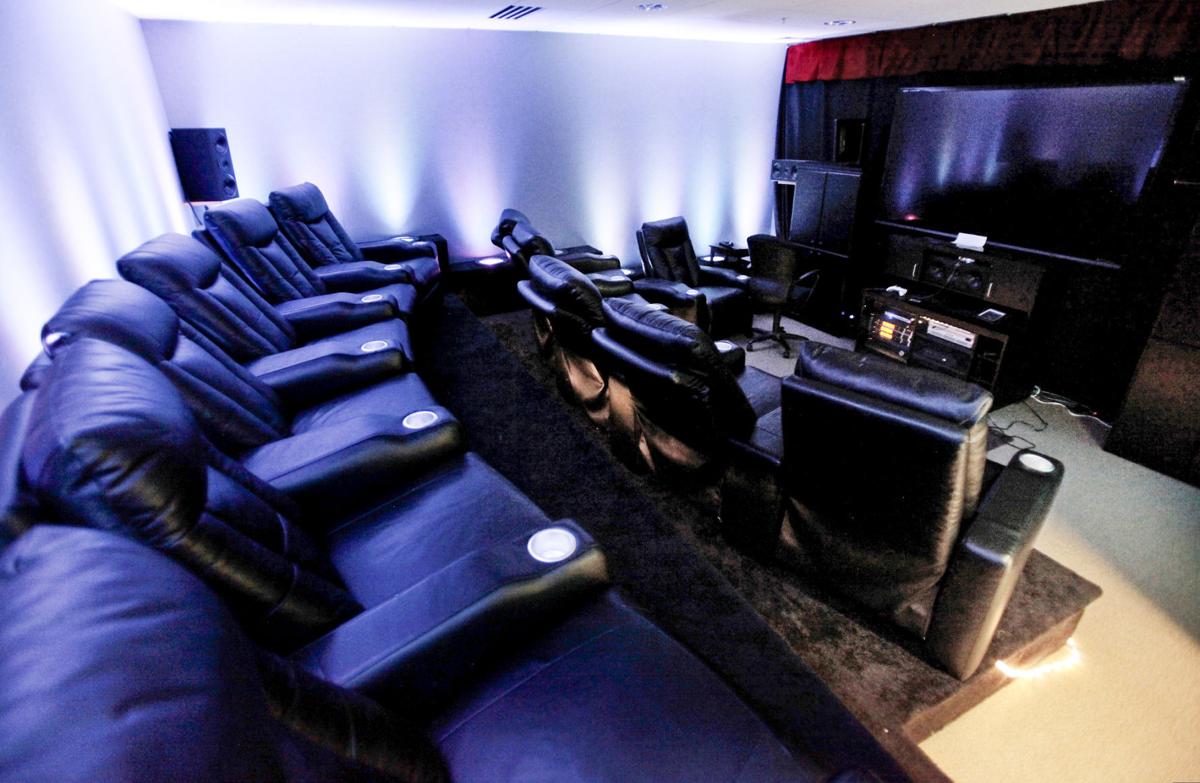 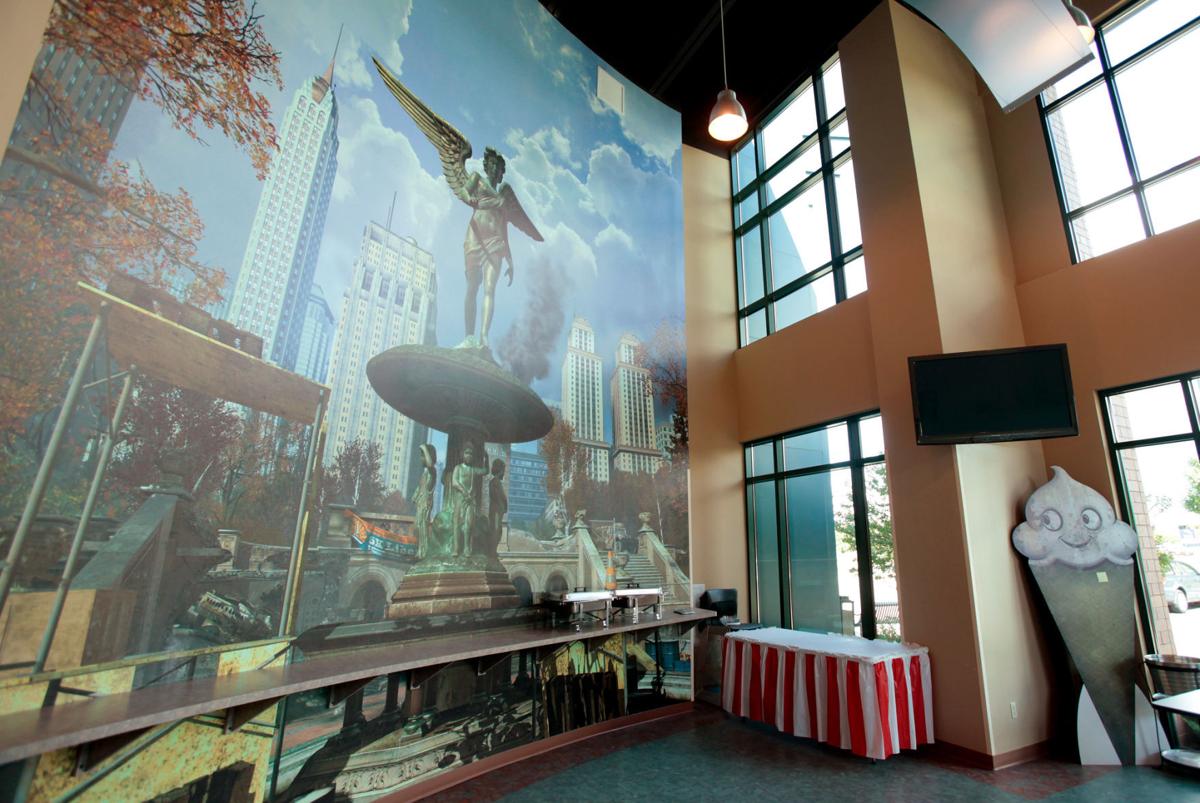 Murals of artwork designed for games the company has worked on decorate the walls at Raven Software, Middleton, including this painting in the company's break room, from downloadable content available with Call of Duty: Modern Warfare 3.

In a place like the Madison area, where people supported home-grown businesses way before the phrase “Buy local” became a battle cry, it’s not all that unusual to find companies that have been a mainstay for decades.

But in the highly competitive and ever-evolving world of video games, it’s much more rare.

Raven Software is one such survivor.

Launched in 1990 by brothers Brian and Steve Raffel, Raven, 8496 Greenway Blvd., Middleton, is celebrating its 25th anniversary this year.

Stronger than ever after a harrowing period during the last recession, Raven is adding staff, manages a studio in China, and, as a subsidiary of Activision, is part of the team that develops one of the most successful video games: “Call of Duty.”

Raven has also worked on games such as “Star Wars,” “Star Trek,” “X-Men” and “Soldier of Fortune,” but “Call of Duty” has been Raven’s main product for the past five years.

It’s been quite a ride, “nothing like what we expected,” said Brian Raffel, studio head and Activision vice president.

Beyond the company’s own successful run is the contribution Raven has made to the game development industry in the Madison area — not unlike the health-tech cluster spawned by Verona electronic health records giant Epic Systems Corp. and the biotechnology community’s many roots that trail back to research products provider Promega Corp., in Fitchburg.

Raven has had a “huge impact,” said Jeff Dewitt, a former Raven employee and now an instructor at Madison Area Technical College.

“I think the Raven studio has been a huge draw for this environment,” said Constance Steinkuehler, co-director of the Games + Learning + Society center at UW-Madison.

Brian Raffel was an art teacher and track coach at Middleton High School and his brother, Steve, was a screen-print shop employee in 1990 when they started Raven, turning their love of the “Dungeons and Dragons” game into a career of developing their own fantasy and action video games — a business that has changed dramatically in 25 years.

“When we first started, it was a small industry. Four or five people were all you needed for a team to make a game. You were lucky if you sold 100,000 units,” Brian Raffel said. It might have cost up to $100,000 to create a game.

Today, teams are huge and games like “Call of Duty” can cost $100 million or more to make. “It’s a big production,” Raffel said. It has to be set up for use by a single player or for multiple players, with extra elements like marauding zombies.

It’s almost like a Hollywood movie production at this point,” Raffel said, adding it can take two or three years — or more — to create a single game.

And the cast of characters can be straight from Hollywood. Raven has worked with actors such as John Malkovich, Bill Paxton, Mark Hamill and Kate Mulgrew.

“They don’t come out here; we go out there,” Raffel said. For the game “X-Men Origins: Wolverine,” “we flew out to the movie set of ‘Wolverine’ and got to see (lead actor) Hugh Jackman first-hand and work with him,” said Raffel.

Animation on the games also is far advanced from a few years ago. For “Call of Duty: Advanced Warfare,” the video game team put markers all over actor Kevin Spacey’s face to capture his mannerisms and facial expressions.

“They scan the faces with a 3-D scanner,” said Raffel. “They can even pick the texture up off the skin. You get a good likeness that way.”

There are millions of details that go into the design of a video game, from the 3-D models the art team develops to the motion-capture technology that animators use to make the characters’ movements look real to the background decor that has to relate to the location.

If, for example, there is a gunfight in a town in Mexico, designers have to create the town and include items that might be expected to be seen there. But that’s only part of it.

“There are a lot of math standards on how far away you should be to hold the battle, and how many people can engage (in a fight) at one time so the player doesn’t get too frustrated. It’s a science,” Raffel said.

“If people are paying $60 for a game, they expect a quality experience they can feel good about,” he said.

Raven is one of several studios working on any particular game for Activision, its parent company.

Daniel Suarez, vice president of production for Activision, called Raven “an impressive developer with a wide range of experience.”

“As the primary studio on ‘Call of Duty Online,’ Activision’s free-to-play product for China, and as a supporting studio on the last several ‘Call of Duty’ games, the team is an incredible group of talented designers, engineers and artists whose contributions are invaluable to Activision,” Suarez said from company headquarters in Santa Monica, California.

Raven has 185 employees in Middleton, near Greenway Station, and plans to add another 15 to 25 in the next six months, Raffel said. Its branch in Shanghai, China, employs 60.

How has it survived? The key, said Raffel, was casting the company’s fate with Activision.

“It gave us a lot of opportunities,” he said. Also, if Raven’s games didn’t fare well, the company didn’t have to close. “Activision would be able to carry us because of all of their resources.”

Besides, the brothers wanted to do what they enjoyed — create games — and leave the business end, such as marketing, sales and hiring voice-over talent, to the parent firm.

Raffel said Raven sought out a mergers and acquisition firm to negotiate the best deal for the company. Activision Blizzard bought Raven in 1997 in a deal valued at $12 million. Activision owns about a dozen studios worldwide.

It hasn’t always been easy, Raffel said. The Great Recession, in 2008 and 2009, had a “dramatic effect” on the movies and game industry, he said. Gamers either saved up for the expensive games or bought budget-priced games online, pushing some of the middle-ground companies out of business, he said.

Raven’s staff fell to 125. “We still had work to do,” as part of Activision. But instead of working on three games at a time, the Middleton company focused on “Call of Duty.”

Raven is responsible for 10 to 25 percent of the “Call of Duty” games, he said, a series that has drawn more than $11 billion in worldwide revenue since it launched in 2003. “Call of Duty: Advanced Warfare” was the No. 1 console game, worldwide, in 2014, Activision said.

Some of the company’s top executives are expected in Madison next week for a celebration of Raven’s 25th at the Madison Museum of Contemporary Art. Several hundred invited guests are expected. The company already had a smaller party at its Middleton offices in May.

Brian Raffel, 55, recalls the days he and his brother Steve, 58, were just out of the starting gate, keeping their heads to the ground, trying to make the company survive.

Millions of dollars and dozens of games later, Raffel continues to look ahead and set new goals.

“We still want to drive our own game at some point, when it makes sense, and continue to have more of a leadership role in Activision.

Raven alum Joel McDonald scores with a game about the beauty of trees.

Three local game companies are collaborating with major companies, including Disney and Oculus.

Employees critique the artistic work on a project "play-through" at Raven Software in Middleton.

The building that houses Raven Software, 8496 Greenway Blvd., Middleton, foreshadows some of the dark, shady, fantasy creatures that come to life in the digital games Raven creates.

A raven statue and posters of video games the company has created greet visitors to Raven Software, Middleton, marking 25 years in business.

About 50 cameras are used in motion capture -- a process used to make animated figures move in a realistic way -- in a studio at Raven Software in Middleton.

Murals of artwork designed for games the company has worked on decorate the walls at Raven Software, Middleton, including this painting in the company's break room, from downloadable content available with Call of Duty: Modern Warfare 3.