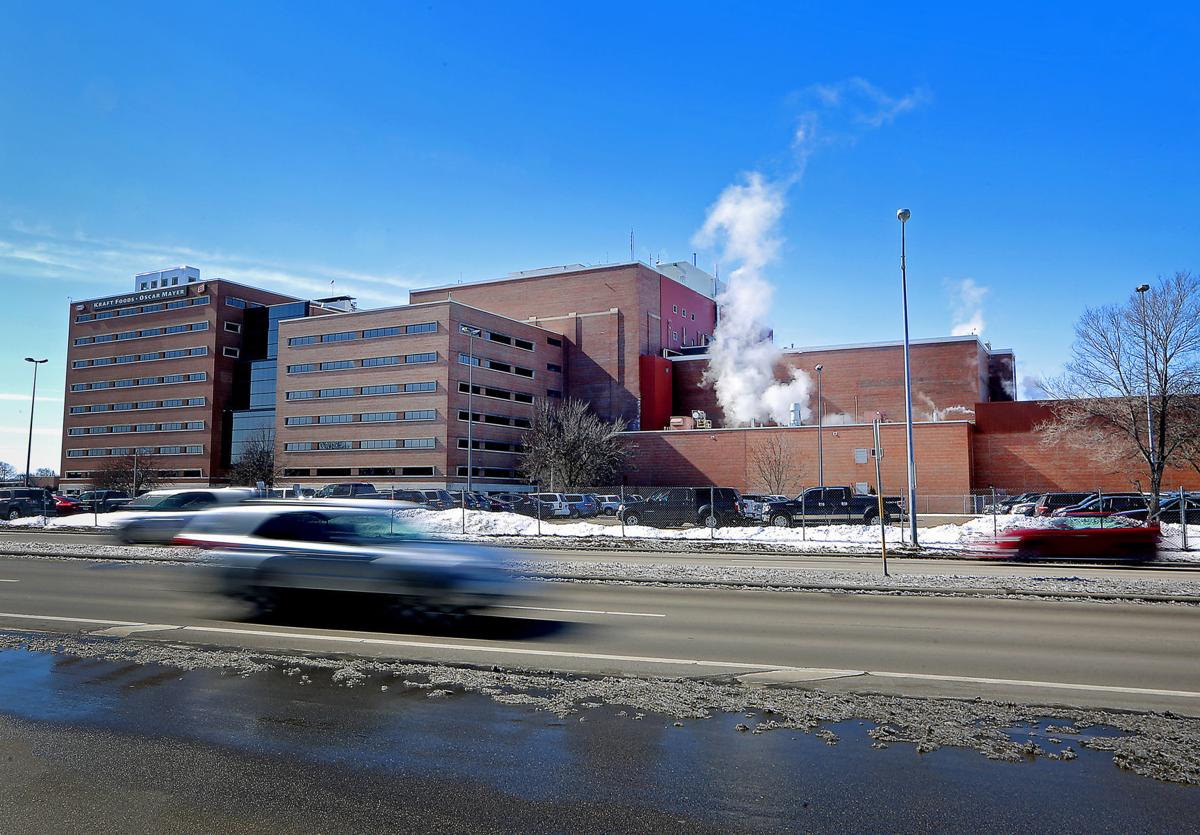 All of the meat processing and packing equipment at the former Oscar Mayer plant and headquarters, which closed in June, will go up for auction in December. 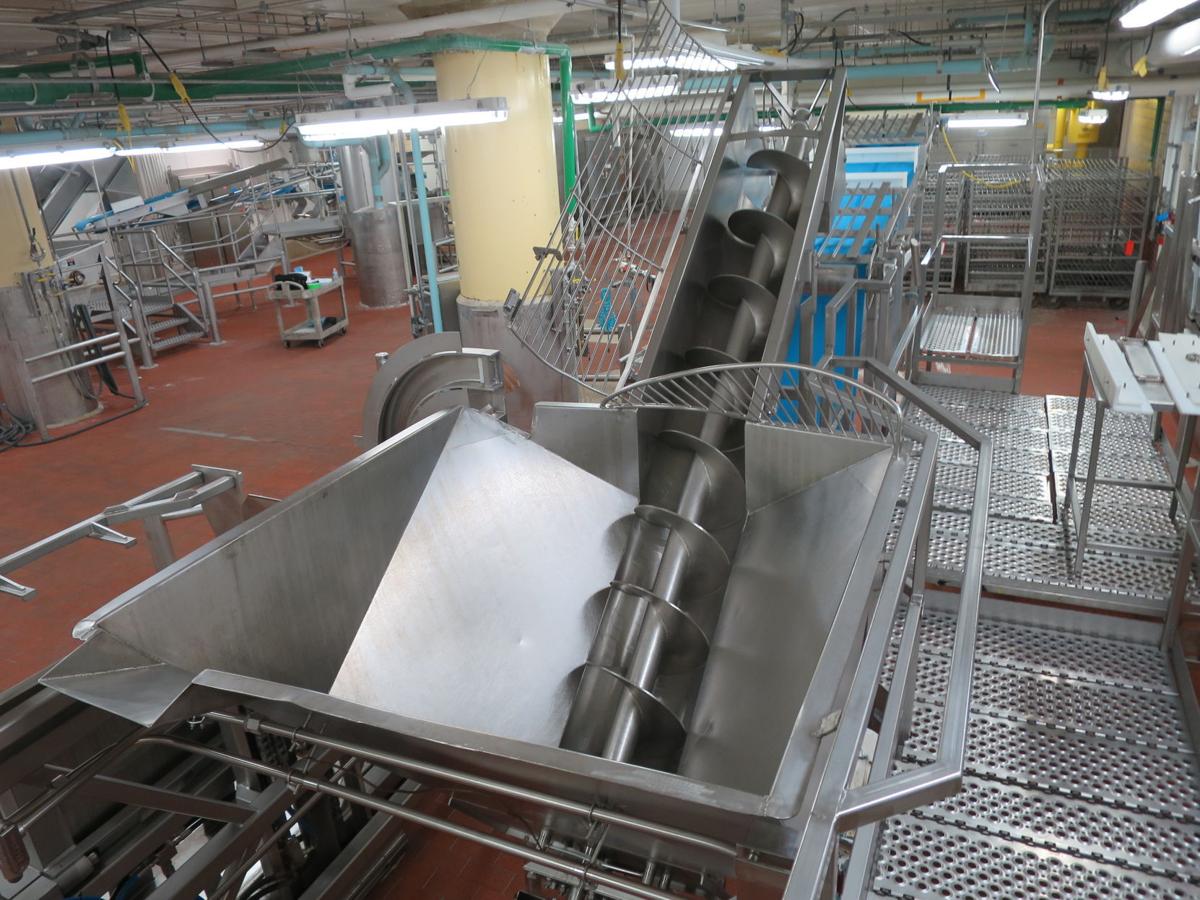 Equipment from the closed Oscar Mayer plant, like this incline screw loader, will be auctioned off next month.

The huge machines used for decades at Madison’s Oscar Mayer plant for grinding meat, mixing it to make hot dogs, slicing off lunchmeat and sending it all down the lines will go on the auction block in December.

And when the plant is empty, most of the buildings will be left standing, primed for a new beginning.

Reich Brothers Holdings and Rabin Worldwide will hold a live and online public auction at the former Oscar Mayer headquarters, 910 Mayer Ave., Dec. 6 through 8, with literally tons of equipment available for inspection Dec. 4 and 5.

“The legacy of the Oscar Mayer name, combined with the enormous offering of equipment in this vast facility, make this a unique sales event,” said Richard Reese, president and CEO of Rabin.

Up for sale will be items ranging from the hot dog smokehouse and curing vats to scales and label printers.

Reich and Rabin are “50-50 partners” in the purchase and disposition of the Oscar Mayer property, said Shira Weissman, Rabin’s chief operating officer. She said at least 15 people are working at the site, preparing for the auction.

“There’s so much equipment in the factory and the processing area and even in the cold storage area that are not integral to the building. All of that will be going,” Weissman said.

She said she is already seeing a lot of interest in the auction. “The equipment is in very, very good condition. The company did a wonderful job maintaining the equipment and keeping it clean and updated,” she said.

Weissman said she expects the buildings to be emptied within the next four months.

Although some have speculated that much of the property will likely be demolished, Weissman said that’s not what Rabin and Reich want to do.

“Our plan is to repurpose as many of the assets as we can,” she said.

The 72-acre site includes 1.7 million square feet of space, including cold storage; an industrial area suitable for a variety of functions, ranging from a distribution center to an architectural design firm; and an eight-story office building that is in “really good condition,” Weissman said.

She said she expects “multiple occupants” of the property.

None is lined up at this time, but since the sale closed on Oct. 18, the new owners have been in talks with companies both at the local and national levels.

“I think it would be home to many different businesses, probably in the light-industrial category,” she said. “We envision this site becoming a cornerstone for the East Side Madison community.”

Weissman said new occupants could be housed in parts of the former Oscar Mayer quarters in less than a year.

Total occupancy will take longer, and Weissman did not predict a timetable for that. “A lot will depend on the market,” she said.

First, though, Rabin and Reich will have to do a major overhaul of the water, sewer and electrical utilities at the property. Reich co-CEO Adam Reich has estimated the redevelopment will cost as much as $20 million.

Family-owned Rabin, based in San Francisco, is an industrial auction company that’s been in business for more than 60 years. Reich Brothers, also family owned with offices around the U.S., has been buying closed factories and selling their assets for more than 25 years.

“We really like the city of Madison,” she said. “It’s just such a vibrant place, and has a robust business community, as well as a university which is world renowned. It seems like it’s attracting a lot of investment.”

Weissman said the East Side neighborhood is also attractive.

“There are a lot of creative opportunities to turn this into a new stage for this property,” she said.

A company that buys shuttered factories and sells their assets closed on the purchase of the former Oscar Mayer facility in Madison Wednesday.

Reich Brothers Holdings, which has offices in Chicago, New York and Los Angeles, and buys closed factories and markets the assets, says it hopes to bring manufacturing back to the East Side site.

"It's a sad day for Oscar Mayer. It's family and friends," Mike Carlin, line leader of the remaining production line, said Wednesday afternoon as he headed for the parking lot. "We've got one more day, then we're done."

Over the next three days, 2,082 items — from grinders and stuffers to printing and packaging machines to boiler and refrigeration units — will be up for sale by the new owners of the Oscar Mayer property.

All of the meat processing and packing equipment at the former Oscar Mayer plant and headquarters, which closed in June, will go up for auction in December.

Equipment from the closed Oscar Mayer plant, like this incline screw loader, will be auctioned off next month.