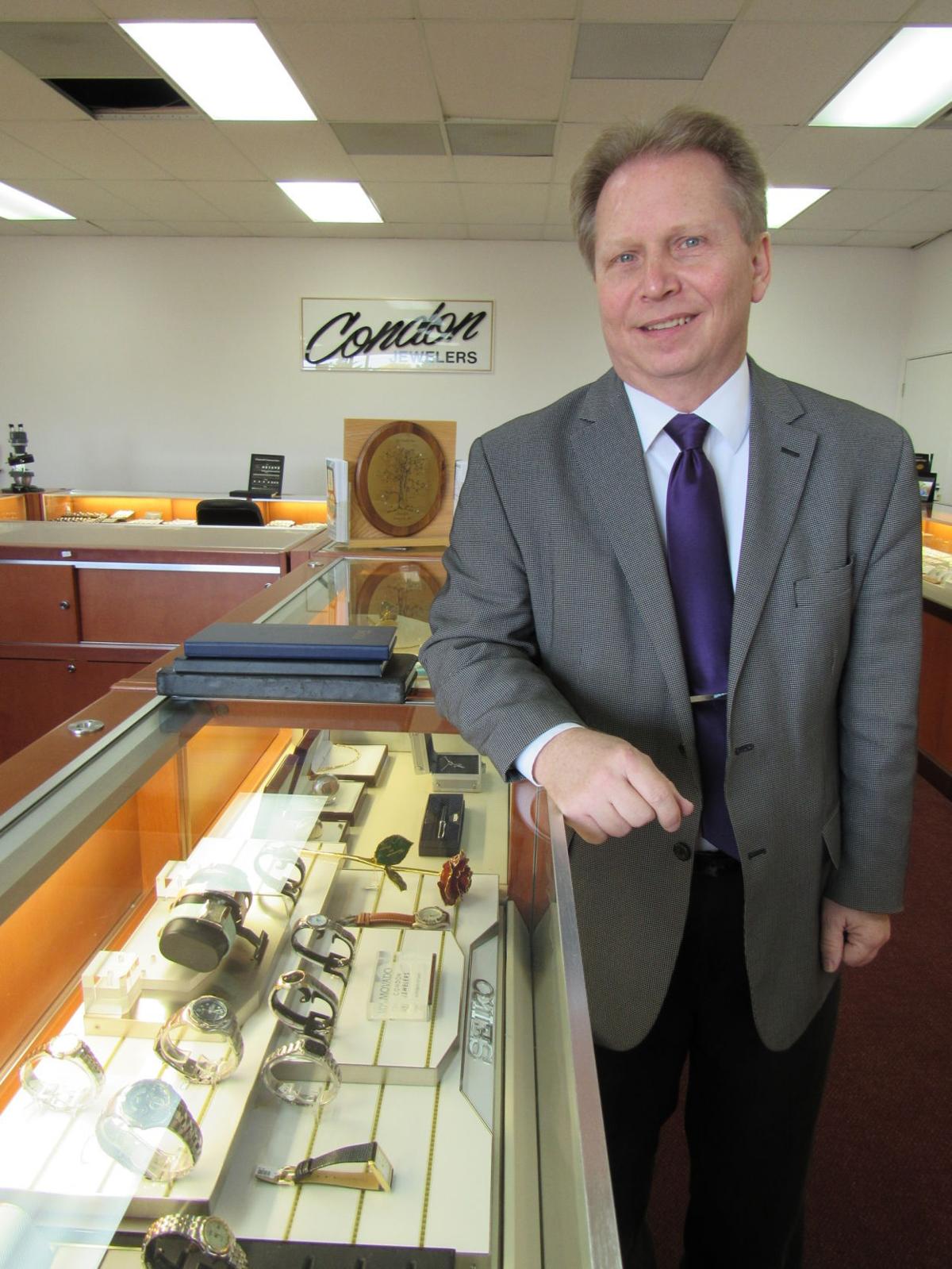 Jim Nielsen, owner of Condon Jewelers, 4114 E. Washington Ave., has nearly twice the space in his new store and pays less than half of what his rent had been at East Towne. 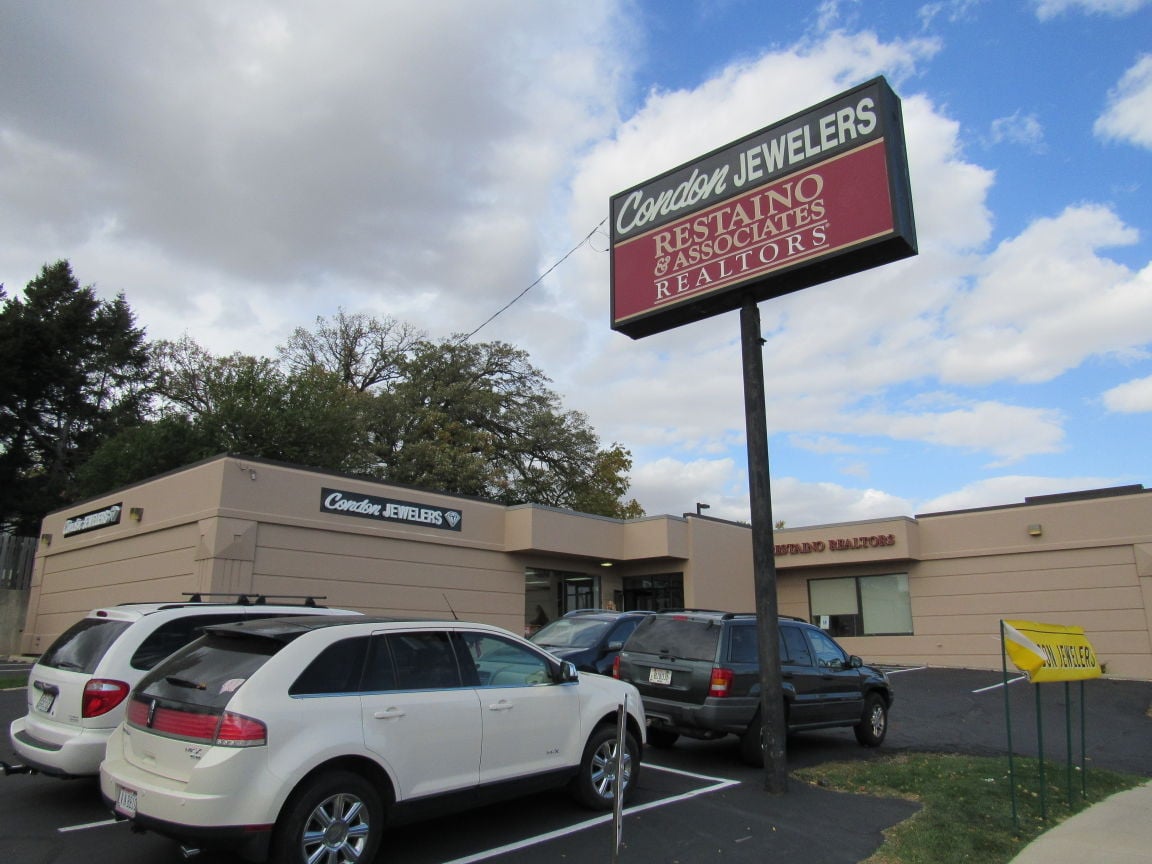 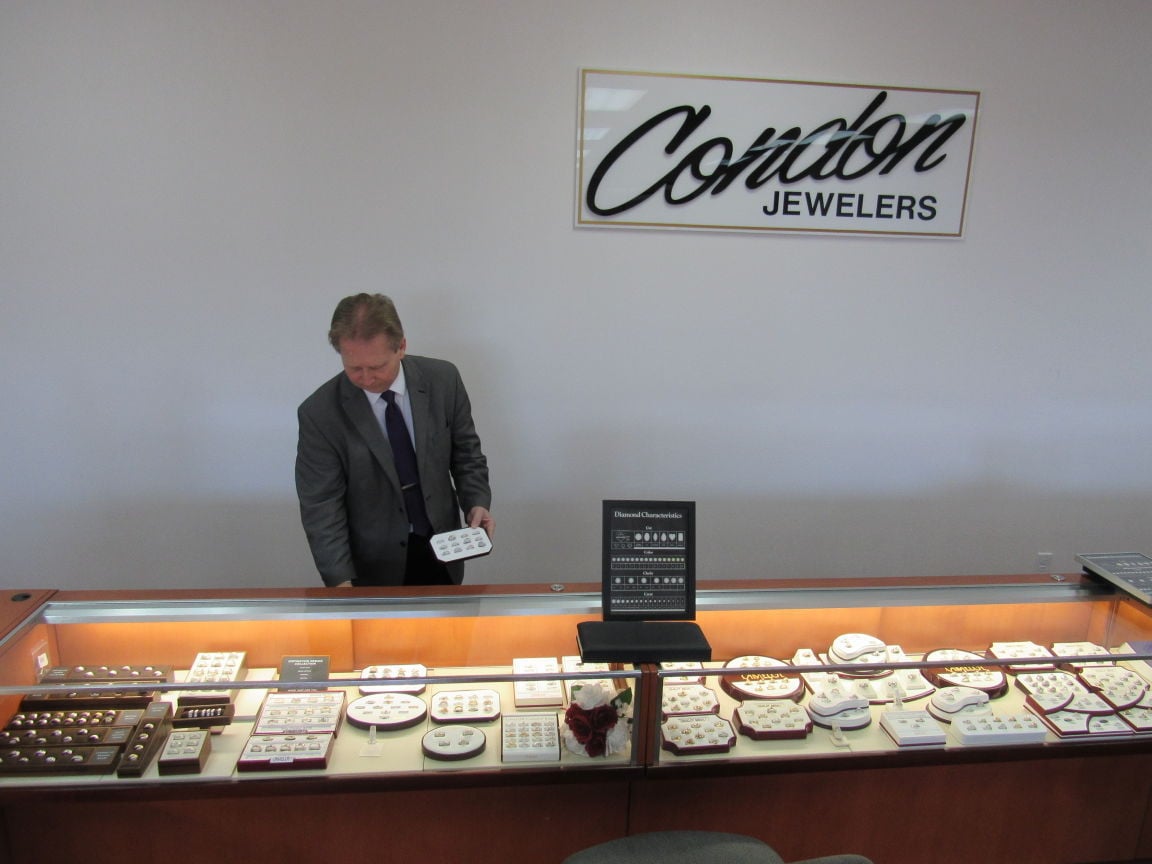 Jim Nielsen, owner of Condon Jewelers, looks over part of his new store at 4114 E. Washington Ave. Nielsen has moved the store out of East Towne Mall, where it had been located since the early 1970s.

Condon Jewelers, one of the first stores to open at East Towne Mall in the early 1970s, has left the shopping center.

But Jim Nielsen, 54, the store’s owner since 2001, believes his new location along one of the city’s busiest corridors will offer more visibility, easier access for his customers and nearly twice the space at less than half the rent he had been paying in the mall.

The move to 4114 E. Washington Ave. also marks the return of a free-standing store for Condon, which at one time had a store on the Capitol Square and, in the 1960s, on State Street. It also had stores at East Towne and West Towne and Hilldale Shopping Center but the new store near Office Depot and adjacent to a Restaino & Associates Realtors office is now the lone store.

“A lot of our customers have been with us for a long, long time, but we’re going to be more visible,” Nielsen said. “In the mall, they’d have to come into the mall to see us.” Now, the business will have drive-by traffic and parking will be easier, he said.

Nielsen, who grew up in Dodgeville and graduated from UW-Platteville with economics and agricultural degrees, will also have control of his store hours. At the mall, he was required to be open virtually every day from 10 a.m. to 9 p.m. with the exception of Sundays when the hours were 11 a.m. to 6 p.m. He also was forced to be open on some holidays, like Labor Day and Memorial Day.

“I was averaging 80 hours a week and at Christmas even more,” Nielsen said.

Nielsen’s store had been in a smaller location before moving to a larger 1,300-square-foot space in 2010 near the center of the mall. With the store’s lease almost up, mall management asked that Nielsen move to a temporary spot in the mall until February to make way for a national brand jeweler and then move to a permanent location in the mall. Instead, Nielsen closed his mall store on Sept. 19 and moved across East Washington Avenue.

He’s also thinking of opening a second store on the city’s far West Side.

“We have customers that travel from Platteville, Dodgeville, Mount Horeb,” Nielsen said. “I think once people know we’re here we’ll be fine.”

NEW ADDITIONS: Greenway Station in Middleton is in the midst of several new additions, a mix of retail and restaurants.

What had been Players Bench, a hockey and lacrosse store, is now Total Hockey, 1661 Deming Way. The change occurred in late August and marks continued growth for the St. Louis-based retailer that has opened seven other locations around the country this year.

LANG Company is returning for the second straight holiday shopping season with a seasonal outlet. The 6,000-square-foot store features candles, cards, puzzles, baskets and scores of other gift ideas. The store, located near Total Hockey, is scheduled to open Nov. 1 and remain open through New Year’s Eve.

“It has to be a good fit,” said Corey Kautzky, Greenway Station’s general manager, when asked about temporary stores. “We have to make sure what they’re selling doesn’t conflict with what our other tenants are selling.”

One of the biggest additions to the shopping center will occur in February or March when the Guitar Center moves from its Whitney Square Shopping Center location at 676 S. Whitney Way to the former Erehwon Mountain Outfitter store that closed in 2014.

The 10,433-square-foot space will include a wide selection of guitars, drums and keyboards and is part of a national chain that features 260 stores around the country.

A series of restaurants are also opening before the end of the year at the open-air shopping center. They include a Fuddruckers; Fuji Sushi & Habachi; Freska Mediterranean Grill and a Noodles & Company.

Greenway Station has 36 stores and restaurants in 291,000 square feet of space in a 51-acre development at Greenway Boulevard and the Beltline.

FLEET FARM FOR SALE: One of the most well-known retail brands in the Midwest is for sale.

Executives of Minnesota-based Mills Fleet Farm have notified its employees that they are looking for a buyer, the Minneapolis Star Tribune reported. The family-owned company started as Fleet Wholesale Supply in 1955 and now employs more than 6,000 people at 35 stores throughout Minnesota, Wisconsin, Iowa and North Dakota.

“In the last several years business has been extremely strong and that strength has been enhanced by very successful new store locations,” the company said in a statement. “To ensure the strength of business going forward, the company is in the process of bringing in an outside partner to work with and enhance the current management structure.”

Chief executive Stewart Mills III, grandson of the store’s founder, told the Brainerd Dispatch that it is more than likely that his family will leave the business after the sale, though the Mills name may remain with the stores.

The closest store to Madison is in Beaver Dam with most of their Wisconsin stores in the northeastern and central part of the state. The company is not affiliated with Janesville-based Farm & Fleet.

Jim Nielsen, owner of Condon Jewelers, 4114 E. Washington Ave., has nearly twice the space in his new store and pays less than half of what his rent had been at East Towne.

Jim Nielsen, owner of Condon Jewelers, looks over part of his new store at 4114 E. Washington Ave. Nielsen has moved the store out of East Towne Mall, where it had been located since the early 1970s.