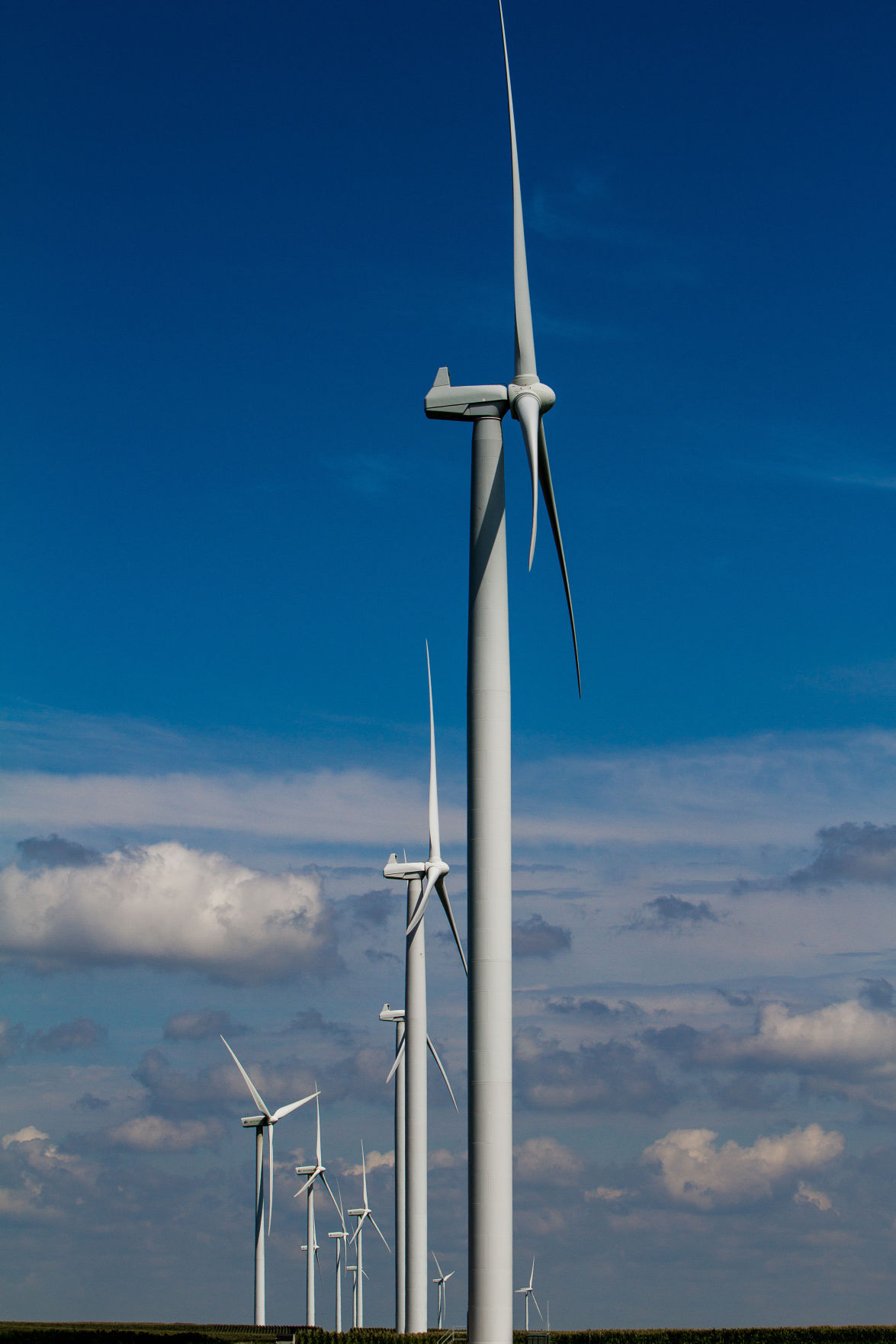 Madison Gas & Electric has won state Public Service Commission approval to build a wind farm in northeastern Iowa, about 200 miles west of Madison. The 33 turbines will be nearly 500 feet tall, about 100 feet higher than those in MGE's Top of Iowa wind farm in north-central Iowa, above. 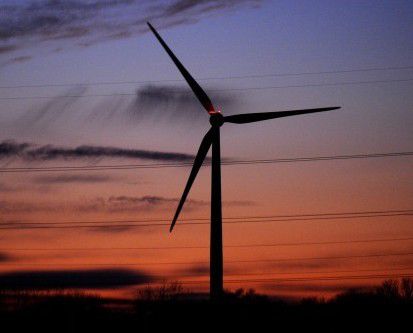 MGE says it plans to build a wind farm in northeast Iowa with 33 turbines, generating up to 66 megawatts of electricity, enough for 47,000 homes.

Madison Gas & Electric plans to build a wind farm in northeast Iowa that could generate up to 66 megawatts of electricity, enough to power about 47,000 homes.

The Madison utility company said Tuesday the Saratoga wind farm in Howard County, Iowa, would consist of 33 turbines, each nearly 500 feet tall. That’s 100 feet taller than turbines at MGE’s Top of Iowa wind farm in Worth County, in north-central Iowa, installed in 2008.

If regulators approve the proposal, it will be built next year and will begin operating by the end of 2018. The estimated cost is $107 million.

“This is an exciting opportunity for our customers and continues the progress we’ve made in reducing carbon emissions and increasing renewable energy,” Gary Wolter, MGE chairman, president and CEO, said in a written statement. “With recent advances in technology, this project represents a long-term, cost-effective strategy for MGE to continue to transition to cleaner energy sources.”

The announcement came one week before Wolter is slated to retire as president and CEO, to be succeeded by Jeffrey Keebler, senior vice president of energy supply and planning, on March 1.

Wolter will remain chairman of the boards of MGE and parent firm MGE Energy.

Huebner was not surprised about the Iowa location. “Right now, southwest Wisconsin is a little transmission-constrained. That is hurting the ability to develop wind power (in Wisconsin),” he said.

The Sierra Club also is glad to see MGE “taking the much needed initiative to invest in wind power,” said spokeswoman Elizabeth Katt Reinders, in Madison. “We’d like to see MGE commit to large-scale clean energy investment with the goal of replacing, not augmenting, dirty fossil fuels.”

MGE said it started searching for sites for a wind farm in summer 2015. It began negotiations for the northeast Iowa site in summer 2016 and obtained rights to the location last year from initial site developer RPM Access.

If approved, it will be MGE’s largest wind farm. The utility also gets wind-generated power from five other farms in Wisconsin and Iowa.

Tuesday’s announcement about the Saratoga project comes on the heels of a meeting held Monday night by RePower Madison, a citizen group formed in 2014 to oppose MGE’s rate increase plans.

About 100 people attended the session at the Madison Central Library at which RePower Madison encouraged residents to send postcards to the utility calling for MGE to commit to 100 percent renewable energy.

RePower program manager Mitch Brey said the timing of MGE’s Saratoga announcement could be more than coincidental, though the project has been in the works for a while.

“We hope this will be the first of many clean energy projects for MGE’s incoming CEO, Jeffrey Keebler, and that he will embrace a goal of 100 percent renewable energy as he takes on his new leadership role,” Brey said.

The MGE proposal is the latest in a series of wind generation projects announced in the past year. Alliant Energy, Madison, will build at least 500 megawatts in Iowa by 2020 and Dairyland Power Cooperative, La Crosse, said it will buy power from a wind farm under construction near Platteville and another, already operating, in north-central Iowa.

Billed as a framework for the next 15 years, the report calls for more use of renewable resources and more conservation.

But the Madison utility company reported a dip in third-quarter profits because of a drop in the value of one of its existing wind farms.

The Madison utility company reported its 2016 fourth-quarter and full-year earnings on Friday.

Jeffrey Keebler took over as CEO on Wednesday.

But, in a recent interview, Keebler stopped short of saying the utility could become 100 percent renewable-fueled.

The Madison utility company said profits rose even though electric rates were reduced in January.

MGE customers to get a credit on electric bills this fall

The $107 million project is one of several new power sources for Wisconsin utilities that will harness the wind.

How Kyra Sedgwick got the cops called on Tom Cruise

Madison Gas & Electric has won state Public Service Commission approval to build a wind farm in northeastern Iowa, about 200 miles west of Madison. The 33 turbines will be nearly 500 feet tall, about 100 feet higher than those in MGE's Top of Iowa wind farm in north-central Iowa, above.

MGE says it plans to build a wind farm in northeast Iowa with 33 turbines, generating up to 66 megawatts of electricity, enough for 47,000 homes.