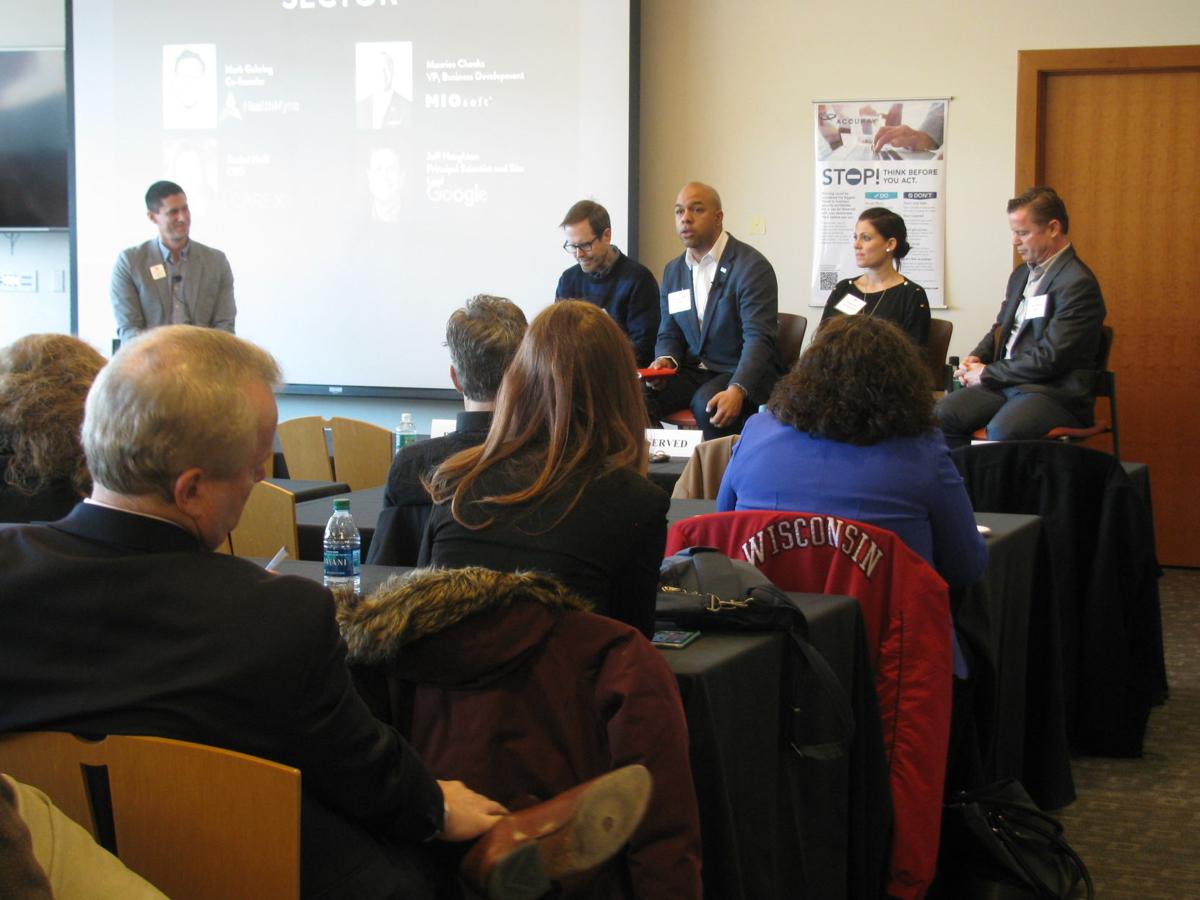 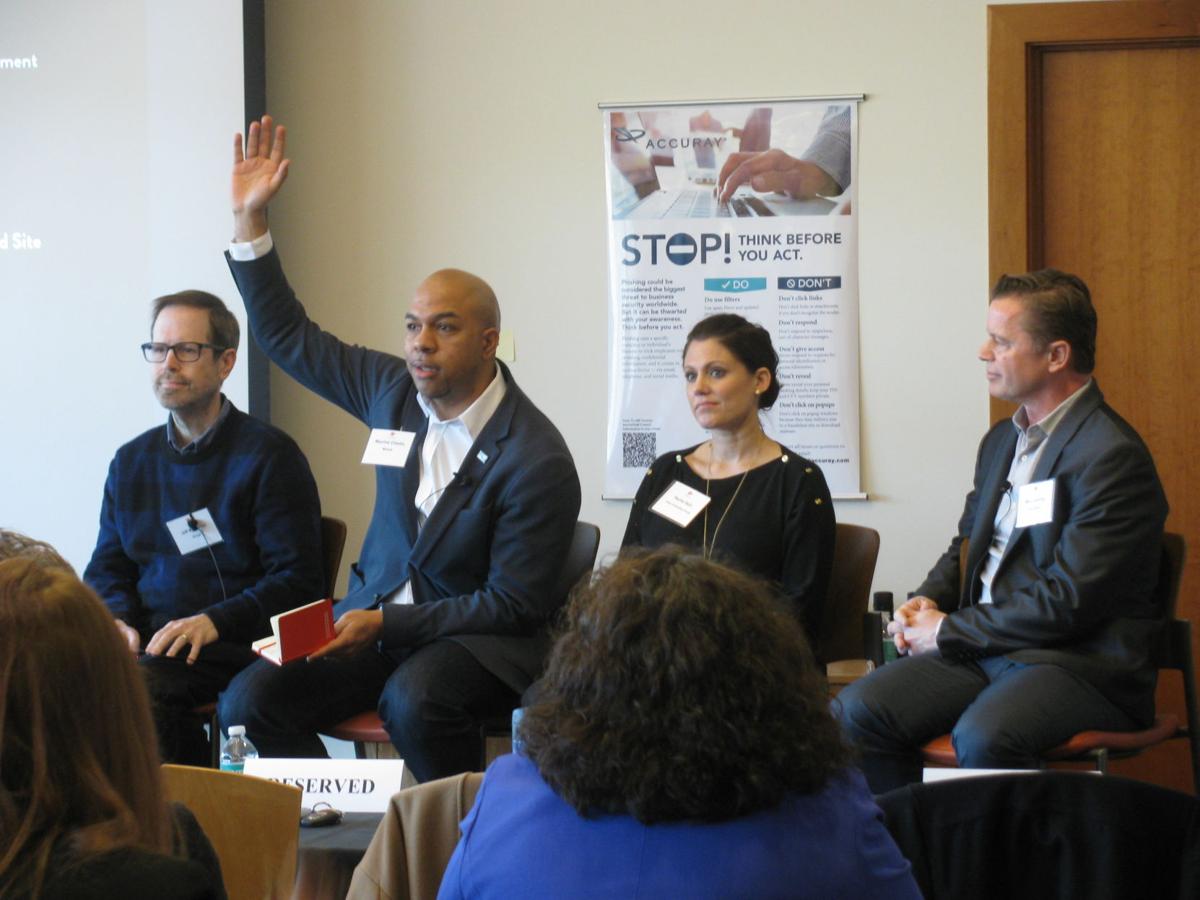 It’s not just Madisonians who are coming to see the area as a burgeoning techno-hub.

A study by the Brookings Institution shows the economy of the Madison metropolitan area is more technology-forward than all but nine other metro regions in the U.S.

The study, Digitalization and the American Workforce, ranks Madison as No. 10 of the top 100 metropolitan areas nationwide, in terms of both the number of computer-oriented jobs available as well as the adoption of computer technology in the workplace, in general.

That puts Madison closer to the sphere of longtime tech hubs San Jose, Boston and Austin — listed as the top three regions in the Brookings assessment. Madison is the only Midwestern metro among Brookings’ top 20, and it ranks ahead of areas such as Washington, D.C.; New York City; Chicago; and Minneapolis-St. Paul.

The Milwaukee-Waukesha-West Allis area — the other Wisconsin region on the list — is No. 61.

“Madison is clearly one of the places that is a winner in the digital race,” said Mark Muro, senior fellow in the Metropolitan Policy Program at Brookings and co-author of the study.

He said Madison was an “early adopter” of technology and is now “one of the leaders.”

As far as the concentration of jobs requiring a high level of digital skills, Madison also fares well, Muro said. Brookings ranks Madison as No. 14 among U.S. metro areas, with 26 percent of its workers in highly digital jobs.

“These numbers really point to Madison’s increased consequence in tech. That the region fares so strongly on its share of highly digital workers underscores that it is emerging as a major U.S. tech pole in the Midwest,” Muro said.

The Brookings study analyzes data from the Occupation Information Network (O*NET), a project funded by the U.S. Department of Labor’s Employment and Training Administration. O*NET surveys workers in every occupation to get details on their education, training and skill-related work tasks.

The Brookings report says the immersion of virtually every business and most homes into digital technology is changing the U.S. economy and leading to higher-paying jobs that are less likely to be eliminated by automation.

At the same time, though, it demands that more people be taught basic computer skills so they are not shut out of a chance for jobs that require digital skills.

Kevin Little, vice president of the Greater Madison Chamber of Commerce, said he agrees with the Brookings report.

He said it’s time to look beyond the traditional comparisons of Madison that only size it up against other college towns.

“We’re growing at a rate that puts us in the conversation of much larger metropolitan areas,” Little said. “I’m seeing, specific to the technology sector, very clear, accelerated growth in these jobs.”

At a recent panel discussion presented by the chamber’s Accelerate Madison group, Little rattled off a list of kudos to the area’s rising tech credibility.

Little also cited an article by the San Francisco Business Times in 2016 that said 90 percent of that area’s tech workers planned to leave their jobs, and one of their top destinations was Madison, Wisconsin.

Several local tech leaders on the panel underscored the message.

Over the past couple of years, there has been a shift in attitudes about relocating to Madison, said Neill, who moved here eight years ago.

“Now, a lot of candidates are really intrigued by some of the health tech companies here and they’re eager to move to Madison. It’s not such a hard sell,” she said, in an interview later.

Her own business added 17 employees this year for a total of 20, and Neill said she expects her staff, in new offices at 316 W. Washington Ave., to more than double in 2018.

Jeff Naughton, head of Google’s Madison office, said it has been a year of “a lot of growth” for Google operations here, including some people hired from Seattle and San Francisco.

“I definitely see Madison is transforming and becoming much more of a tech place,” he said. “A lot of Madison people don’t know that Madison is like this.”

“It feels like an exciting moment in time for Madison,” said Maurice Cheeks, vice president of business development for MIOsoft, a data quality company, and a Madison alderman.

Epic Systems Corp., the Verona electronic health records company with about 10,000 employees, should get a lot of the credit for the area’s growing reputation, the tech executives said.

“There are a number of superstar people who work at Epic,” said serial entrepreneur Mark Gehring, co-founder of companies that include Propeller Health and HealthMyne.

And when they leave Epic, more of them are staying in the area now, Neill said.

One reason could be salary. Neill said she is placing tech workers in jobs that pay between $80,000 and $150,000 a year in companies ranging from health-tech to insurance, for positions such as project managers and software developers.

At the same time, though, there are still some serious challenges facing the area’s tech community.

Diversity is one of them, Cheeks said.

“As much as this is a place where people are excited to come, for African Americans and Latinos, it is harder to decide to come and to decide to stay,” Cheeks said.

“There are still too few people of color in senior positions in our tech community, and I know that the limited cultural activities combined with statistical realities for our youth make retainment a significant challenge for employers,” he said.

“Handfuls” of his friends have moved on, to cities such as Denver and New York, where it’s “easier to get established and feel more included,” Cheeks said.

Strengthening connections between Madison and Milwaukee might bring a more diverse population to the Madison area and create more opportunity here, Neill said. She said the Milwaukee School of Engineering, for example, produces good software engineers.

“I would love to see a high-speed rail, but even a regular train would do,” she said.

“We have some great health-tech talent that I’m sure they could use. There are folks in Milwaukee who could benefit by access to jobs and exposure to our health-tech sector. If we had more talent swapping, I think the community would both thrive and flourish,” Neill said.

Gehring said more local investment funds are available in the Madison area than there were several years ago, but to keep the money flowing, more exits are needed — meaning, more companies will have to be acquired or stage initial public stock offerings so investors can get a return on their funds and pump their gains into new businesses.

Basically, though, keeping the UW-Madison strong is a key element in producing new generations of tech-savvy students and in playing a role in developing new technology, Naughton said.

“The UW is absolutely essential for what’s happening here,” he said.

Madison is one of 35 metro areas singled out in a study conducted for TechNet by the Progressive Policy Institute.

Slow growth in the state's population is a "big, long-run concern for Wisconsin."

But the tech opportunities here need to be accessible to all, he cautions.

Ideas include forming entrepreneurial partnerships with groups as far away as Ann Arbor, Michigan, or Pittsburgh. 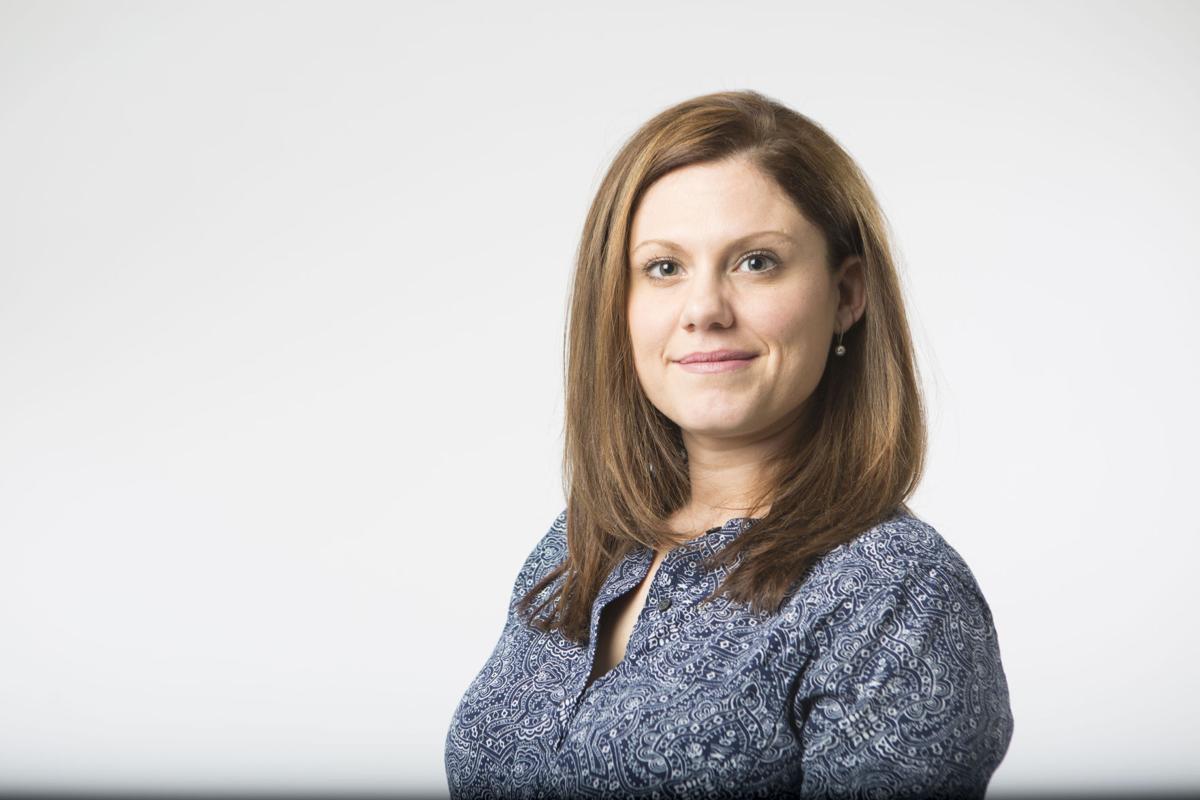