A Madison startup developing a way to reduce the time it takes to bring medicines to market — which could significantly mitigate the next big pandemic — has received a $2.3 million investment to move into a larger space.

Immuto Scientific, founded in 2018, has created a quicker, cheaper and more precise method to map out the structures of proteins, which can help develop treatments for cancer as well as pathogens such as SARS-CoV-2, the virus that causes COVID-19, said startup co-founder and CEO Faraz Choudhury.

Traditional methods for analyzing proteins are complex and take up to a year, and the process of making drugs that actually reach the market can span a decade. But customers using the Immuto method can get an accurate snapshot of a protein in two to three weeks, he said.

The startup is located at University Research Park on Madison’s West Side, but soon plans to move into a 2,000-square-foot space near the Dane County Regional Airport, which would allow for more research capabilities and the hiring of additional employees.

Knowing what a protein looks like, as well as having its image available in a short amount of time, helps pharmaceutical companies, biotech firms and other Immuto clients speed up the early stages of their drug development process, he explained, called the “discovery” period.

For various therapies, that involves studying a protein’s structure to determine its function — how it might bind to its “target,” Choudhury said.

An example of a protein is an antibody — you have to make sure that antibody is attacking the right disease or cancerous human cell, explained Choudhury, who is originally from Bangladesh, and received his Ph.D. in electrical engineering from UW-Madison in 2017.

It differs from the traditional methods that freeze proteins inside crystal structures, Choudhury said, in that it provides a more accurate image, takes less time and is cheaper for companies.

“Freezing the proteins is extremely complicated,” he said, adding the method can cost up to $400 million dollars for businesses and can hinder the accuracy of an analysis. “It takes a lot of trial and error even for experts who do it all the time.”

Instead of freezing the protein, which can make the protein shrivel up, Benjamin said it is put into a solution where it is “painted” with a reactive molecule that binds to its surface.

The painted protein is then put into a machine that detects where the molecules are. From there, the machine feeds data to a computer with software that renders a 3D model of the protein on a screen.

Depending on what drug you’re researching, Benjamin said, you are able not only to see the protein, but also where it binds to its target.

Since going commercial in 2021, several companies have purchased Immuto’s product.

Several investors have teamed up to provide the startup with funding as well.

sinvpartners.com" target="_blank">Wisconsin Investment Partners led the $2.3 million financing round, along with the Wisconsin Alumni Research Foundation and five other investors around the state and nation.

The company also had a lot of support during its research and development phase, which started in 2018.

That’s despite having to network with over 200 pharmaceutical customers to understand how they operate, Choudhury said.

Several regional and national accelerator programs are what the co-founder credits for launching, including gener8tor’s free gBETA, UW-Madison’s Discovery to Product and the Madworks Seed Accelerator. Accelerators are fixed-term, cohort-based programs that help startups meet their business goals.

And through a collaboration between the UW-Madison Electrical Engineering — where Choudhury’s research started a half decade ago — and Biochemistry departments, Immuto received $1.4 million to develop its tech.

The pandemic underscored the importance of Immuto’s research, Choudhury said, adding “it really opened our eyes.”

That’s because if and when the next pathogen emerges, he said, companies might be better equipped to respond with a faster drug discovery process.

Photos: Community Pharmacy and Room of One's Own book store through the years

A growing number of Madison businesses are now accepting machine-readable QR codes from patients who use Epic System's MyChart app.

Southern Wisconsin will see sunshine and highs in the low 70s Monday and Tuesday, before showers and thunderstorms at midweek usher in cooler weather, according to forecasters.

California-based Arrowhead Pharmaceuticals, which makes genetic treatments for hard-to-treat diseases, is planning to build a manufacturing campus costing up to $250 million in Verona starting this winter.

Social psychologist Ron Friedman, who is the founder of management consulting firm ignite80, and has served as a faculty member for three universities, was the keynote speaker at the Greater Madison Chamber of Commerce's annual dinner.

A Canada-based nonprofit that seeks to sow the seeds of entrepreneurship around the world has joined forces with UW-Madison and major employers to teach startups and college students how to run a company.

The Madison Regional Economic Partnership announced a new tool Tuesday to help the eight-county area's residents and businesses test the speed of their broadband connection. 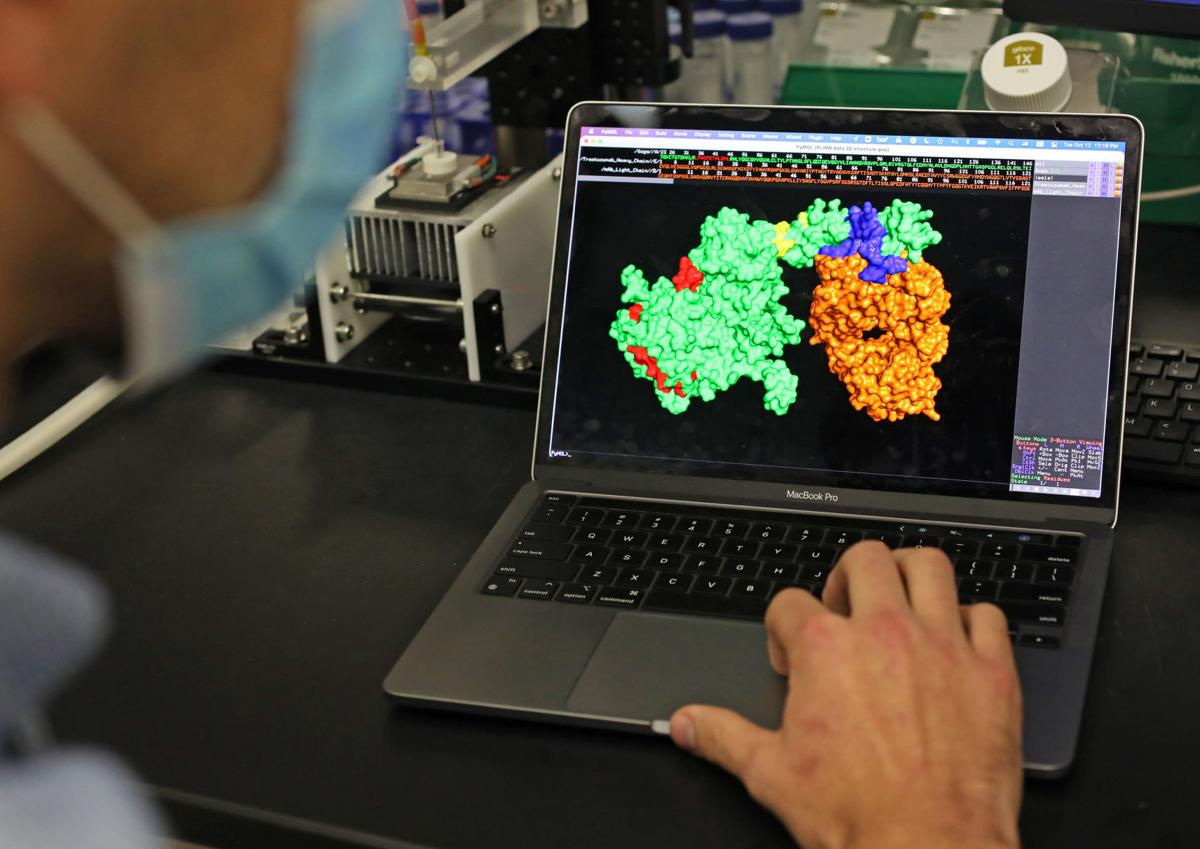 Daniel Benjamin, co-founder of Immuto Scientific, displays a 3D image of a protein and the target it binds to at Forward BIOLABS in Madison. The blue on the rendering depicts where the two structures connect. 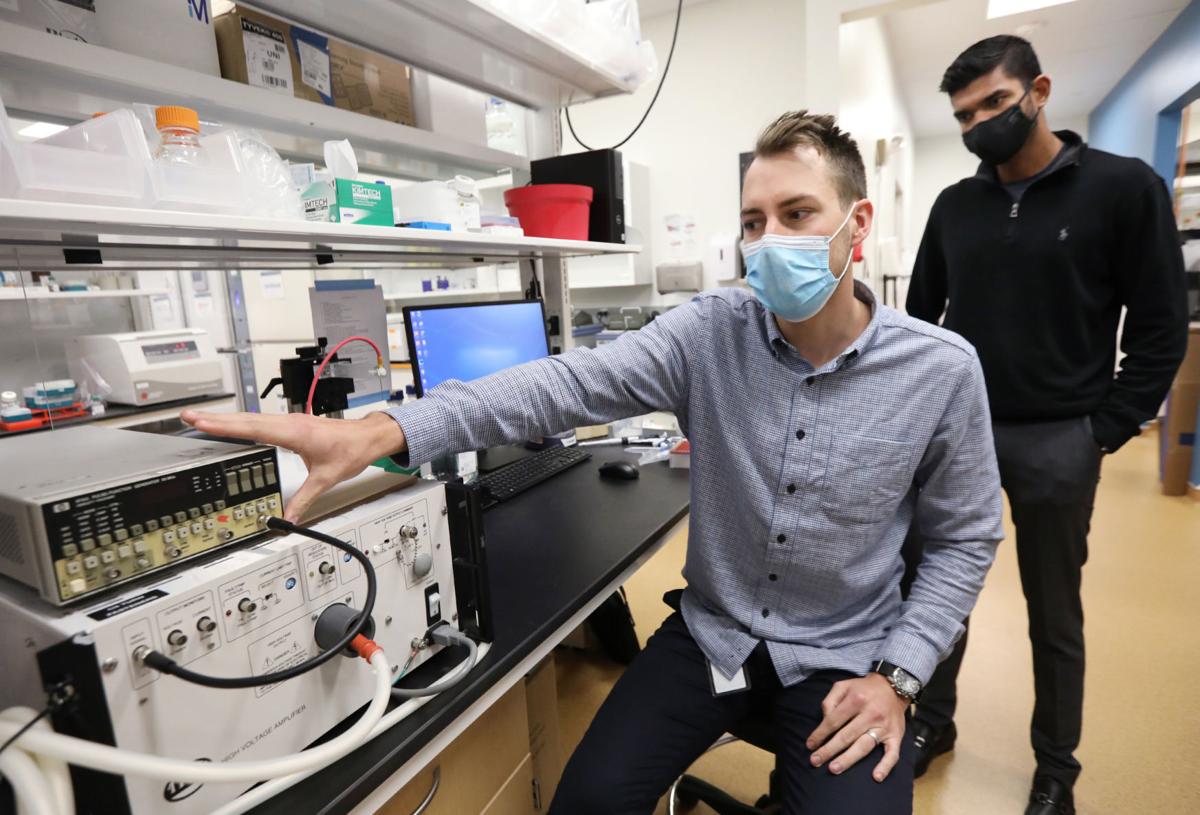 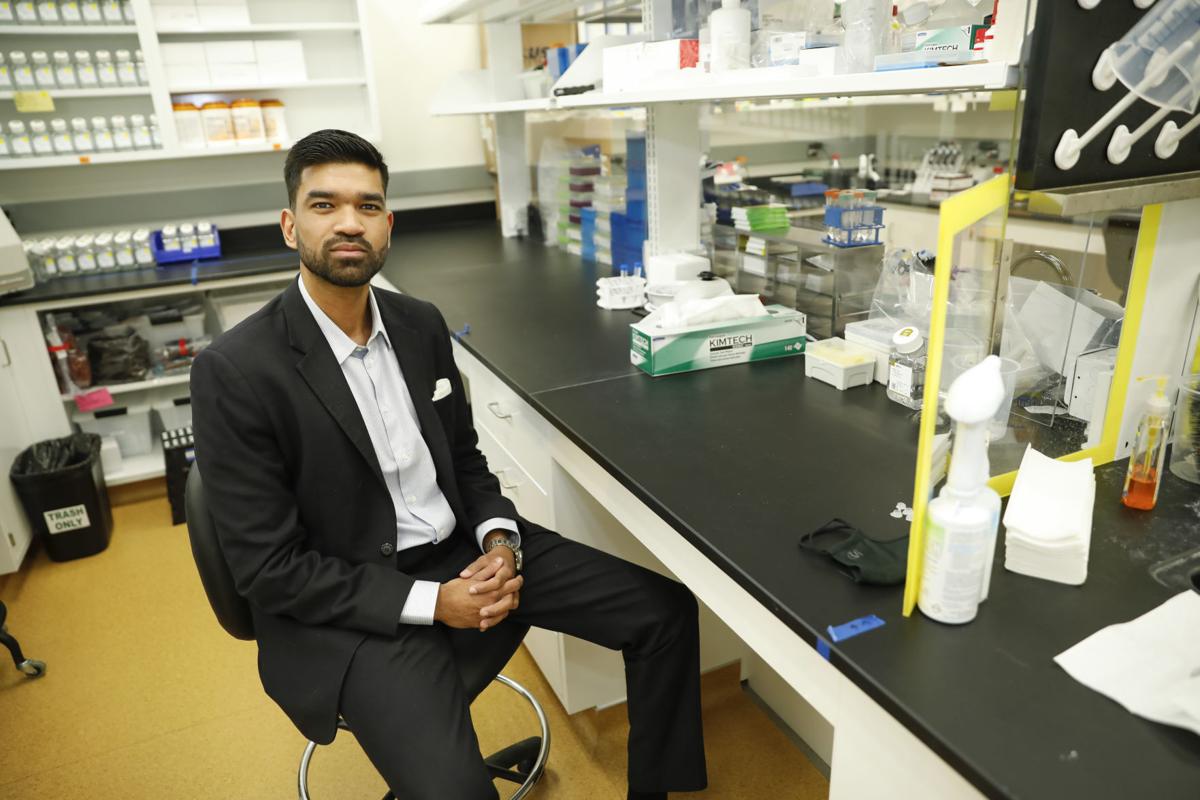