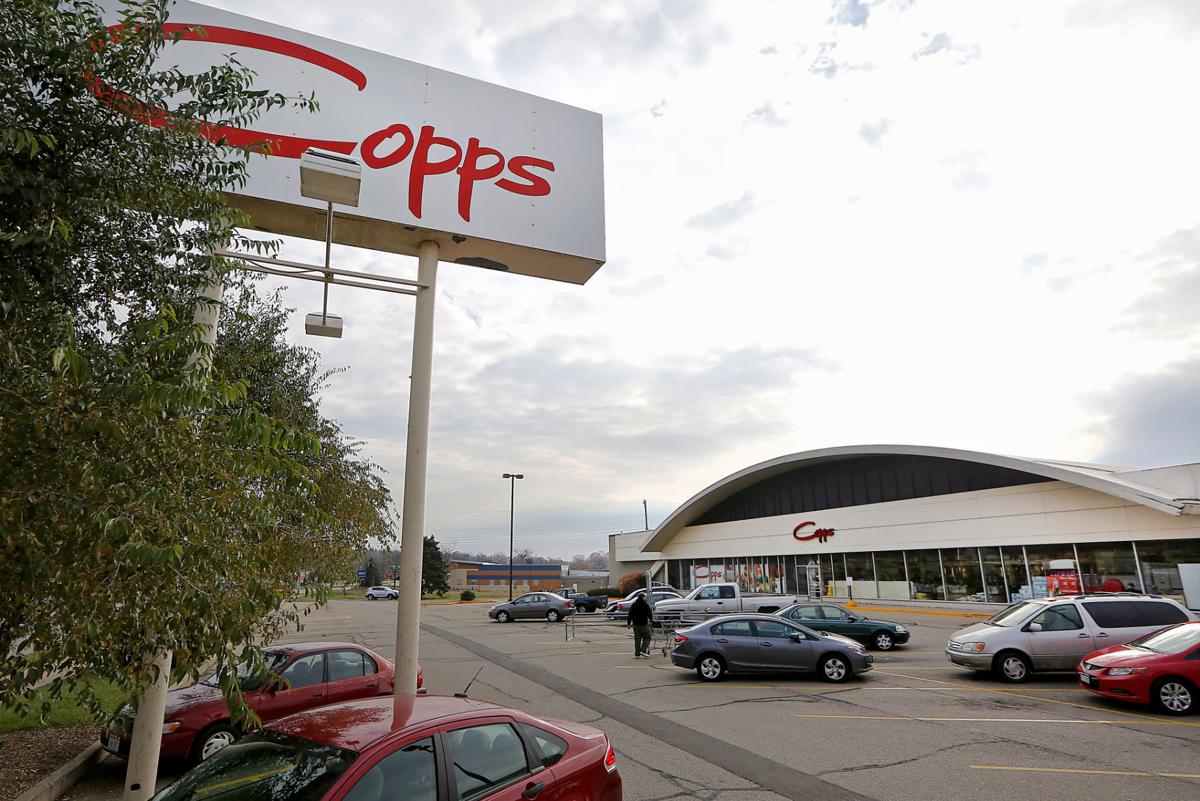 Kroger Co. announced plans to buy Roundy’s on Wednesday. This Copps Food Center store, at 1312 S. Park St., is one of 11 Roundy’s-owned Copps stores in the Madison area. Roundy’s, founded in 1872 in Milwaukee, also has three Pick ‘n Save stores and a Metro Market store in the area. 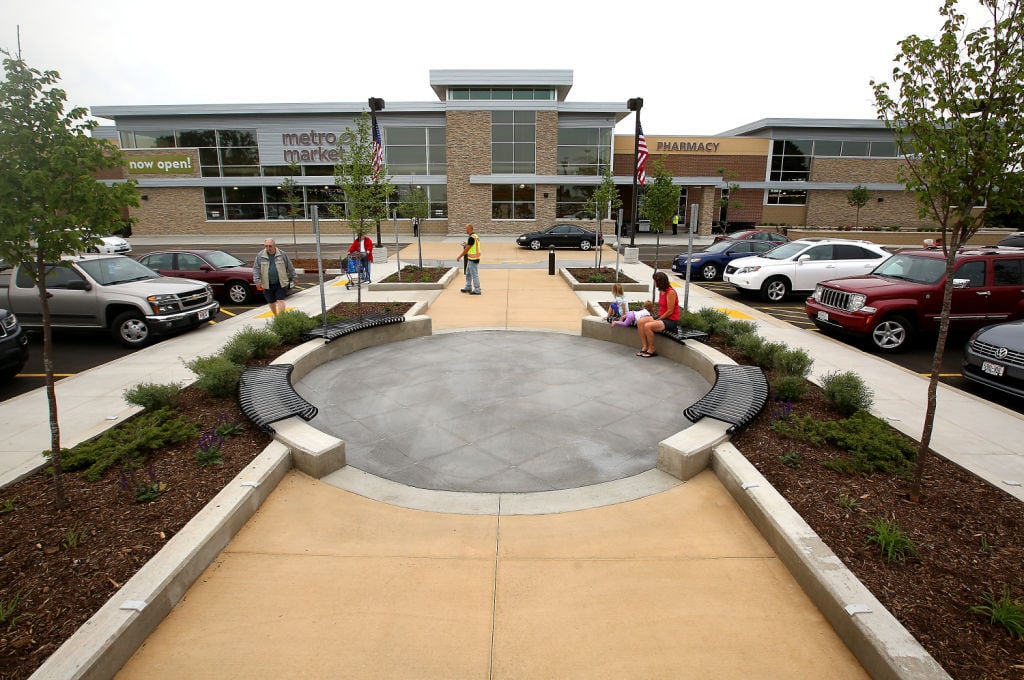 A plaza and a 312-stall parking lot provide space for customers outside the Metro Market at Grandview Commons on the Far East Side. It's the fourth Metro market in the state for Roundy's but the first in the Madison area.

One of the state’s largest and oldest grocery store companies is getting a new owner, and it could come with upgrades to several stores in the Madison area.

Ohio-based Kroger said Wednesday that it plans to buy Roundy’s in a deal valued at $800 million, including debt.

Roundy’s owns about 150 stores in Wisconsin and Illinois under the Copps, Mariano’s, Metro Market and Pick ‘n Save banners. Kroger said it doesn’t plan to close any stores and Roundy’s headquarters will stay in Milwaukee.

Mike Schlotman, Kroger’s executive vice president and chief financial officer, said in a Wednesday conference call with analysts that the deal will create $40 million in savings as the two companies combine. The locations of the more than 120 Copps, Pick ‘n Save and Metro Market stores in Wisconsin was also attractive.

“We clearly see a path where we can grow revenue, particularly in Wisconsin with the number of stores they have,” Schlotman said. “They’re well situated … so it’s great real estate. We may need to invest some in infrastructure and invest more hours in some of the service departments, but those are things we know how to do and can do.”

The company did not say whether it planned to change the names of its Wisconsin stores.

As part of the deal, expected to close by the end of the year, Kroger said it will pay $3.60 for each share of Roundy’s, a 61 percent premium over its closing price of $2.18 on Tuesday.

The deal will mean increased competition in the already hyper-competitive Madison-area grocery market where Roundy’s operates 11 Copps, Pick ‘n Save stores in McFarland, Stoughton and DeForest and a Metro Market at 6010 Cottage Grove Road on Madison’s East Side that opened in June 2014. Roundy’s also has a 225,000-square-foot distribution center in Mazomanie.

In addition, Willy Street Co-op has more than 30,000 members while Festival Foods will enter the market early next year when the Onalaska-based grocer opens a 57,000-square-foot store in the 800 block of East Washington Avenue.

Jerry O’Brien, executive director of the Kohl’s Center for Retailing at UW-Madison, questioned whether Kroger will keep the well-known grocery names used by Roundy’s or convert the stores to Kroger or some other brand already associated with the company.

“I think keeping the logos makes (sense), particularly in food, people like to know where they’re going,” Livingston said. “Having said that, Kroger is such a good national brand they may not be concerned about that.”

O’Brien said stores could also close even though Kroger said Wednesday that’s not in the plan.

David Livingston, a grocery industry consultant and former Roundy’s executive, said the merger was “inevitable” based on Roundy’s performance and debt that limited growth and investment in existing properties. He predicts that 20 to 50 stores could be shuttered in Wisconsin.

“This will help bring up the volume of the remaining stores and get them back to an acceptable level,” Livingston said. “Kroger doesn’t buy fixer-uppers. They don’t buy low-volume stores.”

Roundy’s overall net sales, according to a third quarter earnings report filed Wednesday, were $971.8 million, a decrease of $2 million.

Net sales for the company’s Wisconsin markets decreased $50.4 million, or 7.4 percent, to $619 million. Same-store sales decreased 3.7 percent, due to a 4.1-percent decrease in the number of customer transactions but was slightly offset by a 0.4-percent increase in the average transaction size.

“Same-store sales in the company’s Wisconsin markets continue to be negatively impacted by competitive store openings,” according to the earnings report.

Kroger employs nearly 400,000 people, has annual sales of more than $108 billion and brings deep pockets for improvement and expansion.

Roundy’s was founded in 1872 in Milwaukee, has nearly $4 billion in sales, employs more than 22,000 people and in recent years has expanded into Illinois. In 2013, Roundy’s purchased 11 Dominick stores and converted them to Mariano’s.

“I don’t even know if I would call Mariano’s a diamond in the rough because we like a lot of what Bob (Mariano, Roundy’s president and CEO) has done,” Schlotman said. “I think our ability to restore the Wisconsin market to what it was a few years ago is a huge upside in this transaction, and we feel great about our opportunities to do that.”

The purchase by Kroger continues the evolution of the Roundy’s banner in Dane County.

In 2001, Roundy’s purchased the 22 stores from Stevens Point-based Copps Corp., which at the time included two stores in Madison.

In 2003, Roundy’s bought seven of the eight area Kohl’s supermarkets and converted six of them into Copps stores. The Kohl’s stores on East Washington Avenue and on Sherman Avenue closed.

Then, in 2005, Roundy’s purchased seven Madison-area Pick ‘n Save stores from Gary Gundlach, including the store at 6655 McKee Road in Madison and at 2001 McCoy Road in Sun Prairie.

The McKee Road store was converted to a Copps in 2009 while the Sun Prairie store closed after Roundy’s opened Copps stores in the city in 2007 at highways 19 and C and in 2010 at Highway N and East Main Street.

“We are excited about becoming part of The Kroger Co.,” Mariano said in a statement. “Kroger’s scale, knowledge and experience allows us to accelerate the strategic initiatives we have invested in and makes us a more formidable competitor in the marketplace.”

In the wake of Oscar Mayer's announcement that it will close in 2017, Madison Mayor Paul Soglin proposes the state help bankroll the city's pu…

Dane County is losing its Kohl's Food Stores — ending the chain's 37-year history of serving Madison grocery shoppers and raising questions about the jobs of the stores' 500 to 700 employees.

The trees will be used for structural support beams instead of steel in the proposed East Washington Avenue store.

Tammy and Joe Wirag say they will close their Sentry store next week.

A saturated grocery market has made it difficult for developers to find a grocer for the development at East Washington Avenue and Milwaukee Street.

Copps on South Park to become Pick'n Save; no decision on Whitney Way store

The closing comes after Roundy's was purchased by Kroger

Kroger Co. announced plans to buy Roundy’s on Wednesday. This Copps Food Center store, at 1312 S. Park St., is one of 11 Roundy’s-owned Copps stores in the Madison area. Roundy’s, founded in 1872 in Milwaukee, also has three Pick ‘n Save stores and a Metro Market store in the area.

A plaza and a 312-stall parking lot provide space for customers outside the Metro Market at Grandview Commons on the Far East Side. It's the fourth Metro market in the state for Roundy's but the first in the Madison area.