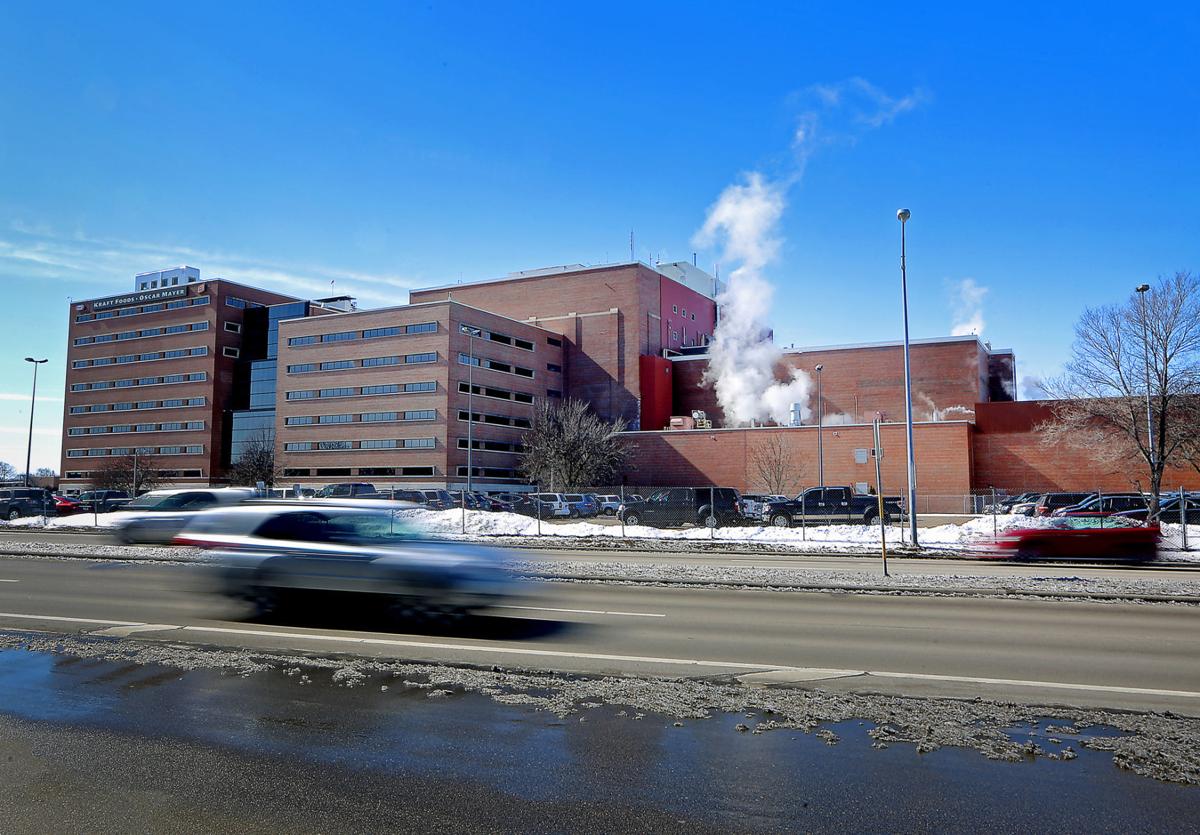 Kraft Heinz officials say the Oscar Mayer hot dog line will end production by late September. The entire plant, at 910 Mayer Ave., is slated to close by the end of March 2017. 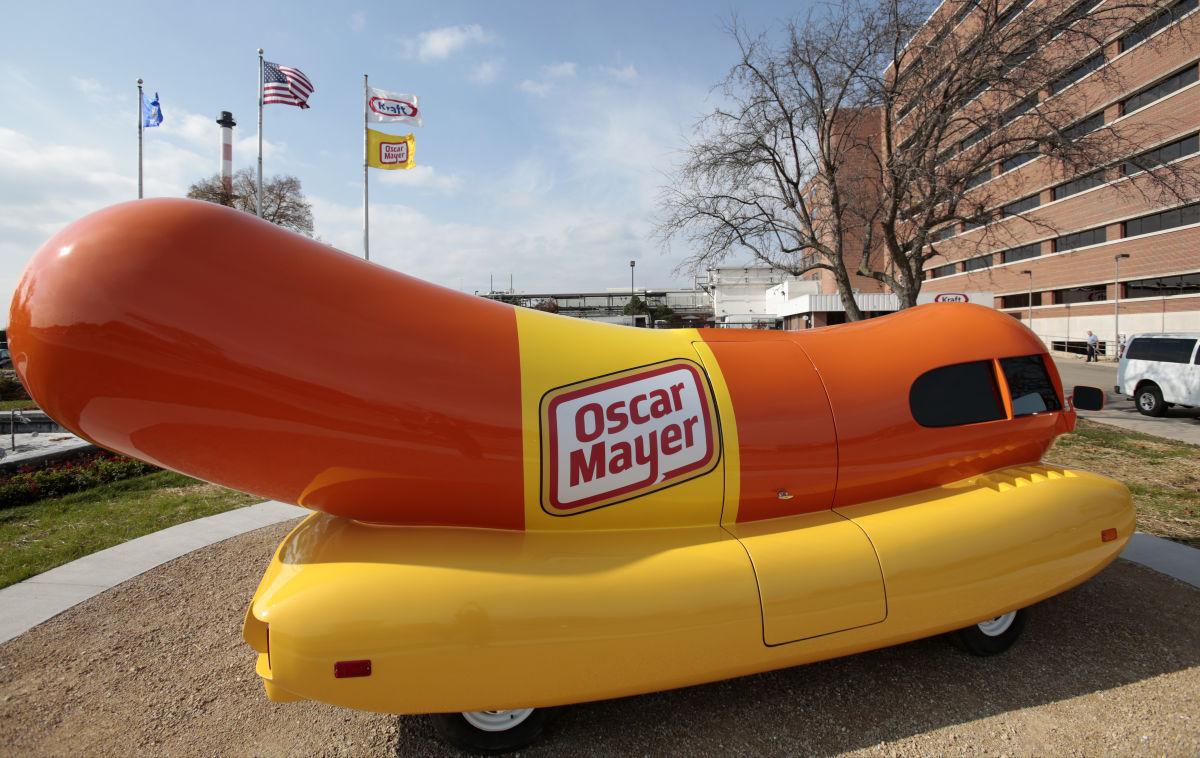 Though the Oscar Mayer plant in Madison will close in early 2017, the company's popular Wienermobiles -- like the one installed in front of Oscar Meyer headquarters at 910 Mayer Avenue in 2014 -- will still be based in Madison.

If you wish you were an Oscar Mayer wiener — as the popular commercial goes — you’ll have to prepare for a change of scenery in less than three months.

But fans of the company’s beloved Wienermobiles won’t have to wave goodbye to them.

Madison’s Oscar Mayer hot dog manufacturing — which packages up to 10,000 pounds of the frankfurters an hour — will cease by the end of September, a union official said.

Touted as the company’s No. 1 low-cost hot dog producer, it will be the first product to end production as the Madison plant phases down toward its anticipated closing in 2017.

Representatives of parent company Kraft Heinz told employees on the hot dog lines last week they will close the operation in late August or September, said Doug Leikness, president of United Food & Commercial Workers Local 538. Leikness said late September is a more likely alternative since no WARN notice has been issued yet.

Under the Worker Adjustment and Retraining Notification (WARN) Act, employers with 100 or more workers have to give the state at least 60 days notice before a layoff.

“I believe the company’s only going to allow about half of those to exit and they’re going to utilize the others (elsewhere) in the plant,” Leikness said.

Fifteen maintenance employees will also lose their jobs for a total of 32 jobs to end by Oct. 1, he said.

Kraft Heinz spokesman Michael Mullen declined to comment on specifics of the shutdown. “Our Madison factory continues operations and all production remains fluid at this time,” Mullen said in an email exchange.

Work is expected to be shifted to Columbia, Missouri, where a new, high-capacity hot dog production plant is being built. Because the line will be more efficient, 150 of the 500 employees at the Columbia facility will lose their jobs.

Meanwhile, all but about 40 of the approximately 250 Kraft Heinz corporate employees who worked in the East Side Madison offices are now gone. Their jobs were moved to corporate co-headquarters in Chicago.

Mullen would not say how many corporate staffers agreed to be transferred to Chicago or how many lost their jobs. He said the transitions took place between January and June.

Leikness said the Madison plant, at 910 Mayer Ave. — which also produces thin-sliced turkey and ham and assorted deli meats — still has 510 union-represented employees. That’s down more than 100 employees from November, when Kraft Heinz said it would shutter the Oscar Mayer operations, a mainstay in Madison since 1919. At its peak in the 1970s, more than 4,000 people worked there.

Leikness said some Oscar Mayer employees are finding jobs elsewhere before the plant closes. One electrician got a job as a pipefitter at the Fiat Chrysler plant in Belvidere, Illinois, that was named in May to take on assembly of the popular Jeep Cherokee vehicles.The worker earned $22 an hour at Oscar Mayer and now makes $34 an hour with the carmaker, Leikness said. But the majority of production workers don’t have a lot of offers — at least nearby, he said.

Leikness also said the Madison plant has about 30 openings to fill, with starting pay of $14 an hour, health insurance, severance and an exit bonus for those who work at least 60 days. But he said he doesn’t think the company is serious about hiring. “They’re telling me there are no good applicants,” he said.

Leikness said the Madison plant has only one remaining full-time human resources staffer, down from four.

Kraft Heinz notified the state of Wisconsin in April that the Madison Oscar Mayer plant will close by the end of March 2017 — one of seven factories in the U.S. and Canada that will be shuttered over a two-year period in a consolidation that resulted from the merger of Kraft Foods Group and H.J. Heinz Co. in July 2015.

But the company’s six iconic Wienermobiles will keep their home in Madison, Kraft Heinz’s Mullen said.

He declined to say where they will be stashed when they are not on the road, or what will happen with the 1988-era model that was permanently installed outside Oscar Mayer’s Madison headquarters in 2014.

Editor's note: This story has been updated to correct the number of Kraft Heinz corporate employees remaining in the company's East Side Madison offices.

Mayor Paul Soglin: City takeover of Oscar Mayer site could be option — if the price is right

The mayor held a meeting Monday of city, state and business representatives.

The pending shutdown of the city's biggest water user, Oscar Mayer, is more than a drop in the bucket for Madison Water Utility.

Oscar Mayer plant's height could have been its undoing, union leader says

The union chief also has an initial timetable on when the company's 1,000 Madison jobs will end.

Timeline: Oscar Mayer history in Madison dates back to 1919

Oscar Mayer plant in Madison will close; headquarters to move to Chicago

Madison's Oscar Mayer plant will close and its headquarters will move to Chicago, putting 1,000 employees out of work, parent Kraft Heinz announced Wednesday.

A restored 1988 version of the hot-dog-on-wheels is on permanent display outside Oscar Mayer headquarters in Madison.

Oscar Mayer is still one of the top dogs

Though it's no longer the huge Madison employer it once was, the company still leads in innovation.

Employment at the Madison plant is rapidly declining toward an expected March 2017 closing.

Reich Brothers Holdings, a New York-based firm that manages the assets of closed factories, is eyeing the soon-to-shut-down Madison plant.

Though nearly all of the last few dozen plant workers saw their jobs end Friday, a few were encouraged to apply for positions with a potential buyer of the property.

Kraft Heinz officials say the Oscar Mayer hot dog line will end production by late September. The entire plant, at 910 Mayer Ave., is slated to close by the end of March 2017.

Though the Oscar Mayer plant in Madison will close in early 2017, the company's popular Wienermobiles -- like the one installed in front of Oscar Meyer headquarters at 910 Mayer Avenue in 2014 -- will still be based in Madison.