The transformation of Hilldale from an enclosed shopping center to an open-air city scape wasn't done with COVID-19 in mind.

But the latest iteration, an ongoing but dramatic departure from its original 1962 appearance, has allowed for spacious patio dining options, convenient curbside pickup, a farmers' market and even socially distanced live music.

There are few vacancies, and a number of new businesses have been added to the center during the past year even as the economy has been rattled unlike any other time since the Great Depression.

“Our guests have always felt comfortable here, but I think there was just even more of a comfort level,” Nanci Horn, Hilldale's general manager, said of the open-air concept. “We tried to figure out different ways to make it more convenient for someone.”

Those moves since March 2020 have included reduced minimum hours for its tenants, over 30 dedicated parking spots for curbside pickup, the addition of over 100 seats for outdoor dining and clear plastic heated domes at some of its restaurants. In addition, some retailers in the shopping center have created new e-commerce websites and offered private shopping hours. At Evereve, a woman's clothing store near Pasqual's on the north end of the shopping center, customers can take up to eight items to try on at home and return those they don't want, Horn said.

Restaurants created meal kits and expanded food delivery and to-go options. Some even have begun placing QR codes on signs around the shopping center that allow customers to quickly scan the menu and place an order. And with a street running through the middle of the shopping center, it allowed customers for both restaurants and retailers to have better access to stores thanks to the dedicated parking spots.

“Early on we looked at a map and decided where we’re going to put them based on what apparel store or what restaurant was in the area," Horn said. "And they have been used consistently since April (2020). They’ve been very successful. We’re going to keep them for now. They’re doing really, really well."

“Our guests have always felt comfortable here, but I think there was just even more of a comfort level.”

The shopping center received a $4.5 million upgrade in 1997, but the major changes began in the early 2000s when the owners started to remove the roof. Chicago-based Joseph Freed & Associates purchased the property in 2004 and pumped millions of dollars into redevelopment projects. Condominiums were added along Midvale Boulevard and two parking ramps were constructed for shoppers.

On the center's south side, University Bookstore expanded, Sundance 608 Cinema was built and Great Dane Pub & Brewing Co., Flat Top Grill and Ace Hardware were added. On the north side, Metcalfe's Market expanded, a 150,000 Target store with parking was added in 2010, and a Fleming's Prime Steakhouse & Wine Bar opened in 2007. But in 2009, Freed ran into financial difficulties and ultimately the shopping center was purchased by Massachusetts-based WS Development at a 2012 sheriff's auction for $52 million.

New businesses over the past year have included Wildwood, which started as a pop-up in 2018 selling house plants and containers and became a permanent retailer in late 2020. The Glitter Workshop, which sells locally made art and offers classes in things like wood burning, candle pouring, succulents and sun catchers opened last fall, while WaterLilly, a store founded in Lake Geneva, opened a Hilldale location this past March. Indochino, which specializes in men's suits; Shake Shack; Burn Boot Camp; and a Peloton store have also opened, and an announcement could be coming this year on a new tenant for the Fleming's space, which closed in 2019, Horn said.

Creando Exploration, a Madison company founded in 2013 that offers bilingual and Spanish immersion learning for children 2 to 8 years old, has also secured space at Hilldale. The company, with a location also on Monroe Street, features classes and workshops in cooking, music, creative play and storytelling among others.

For Julia Hix, Hilldale's marketing manager, the new businesses add a wider range of offerings beyond just retail and restaurants, and expand the overall marketing concept of the shopping center, something that has been tested since the pandemic began.

“Whenever I was advertising something, the way I was doing it was not appealing to just one type of customer and the one way that they (normally in the past) had shopped," Hix said. "It was shopping in-store, it was buying online, picking up in store. It was virtual appointments, it was curbside pickup. So whenever you were giving a message you just had to make sure you were giving it to a person who could shop however they were comfortable.”

Photos: Hilldale through the years

After highs don't get out of the 50s over the weekend, look for 60s and 70s across southern Wisconsin early next week, according to forecasters.

"We want them (customers) to feel comfortable every time they come into the store," one store director said. "It just kind of just gives us a little heads up."

Hilldale Shopping Center to expand again, this time to the south 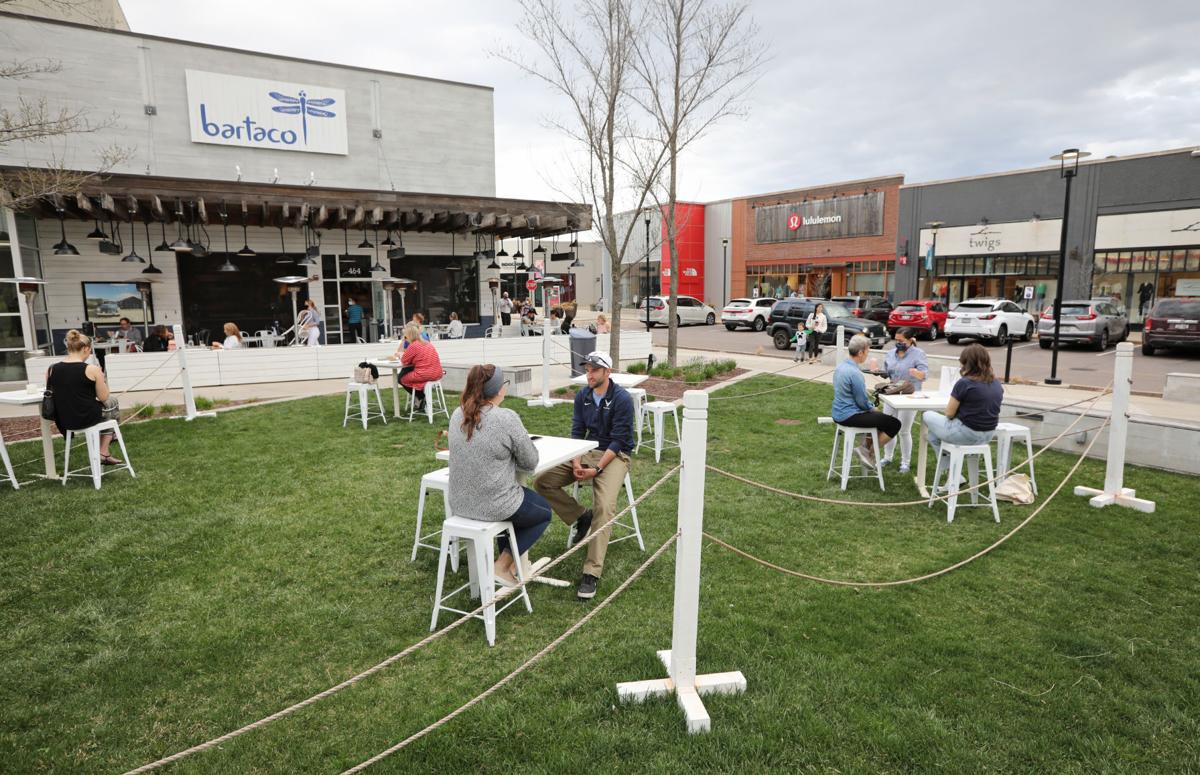 Customers find seating in an outdoor grassy area outside Bartaco at Hilldale. Expansions and improvements to the shopping center have allowed it to better weather the pandemic. 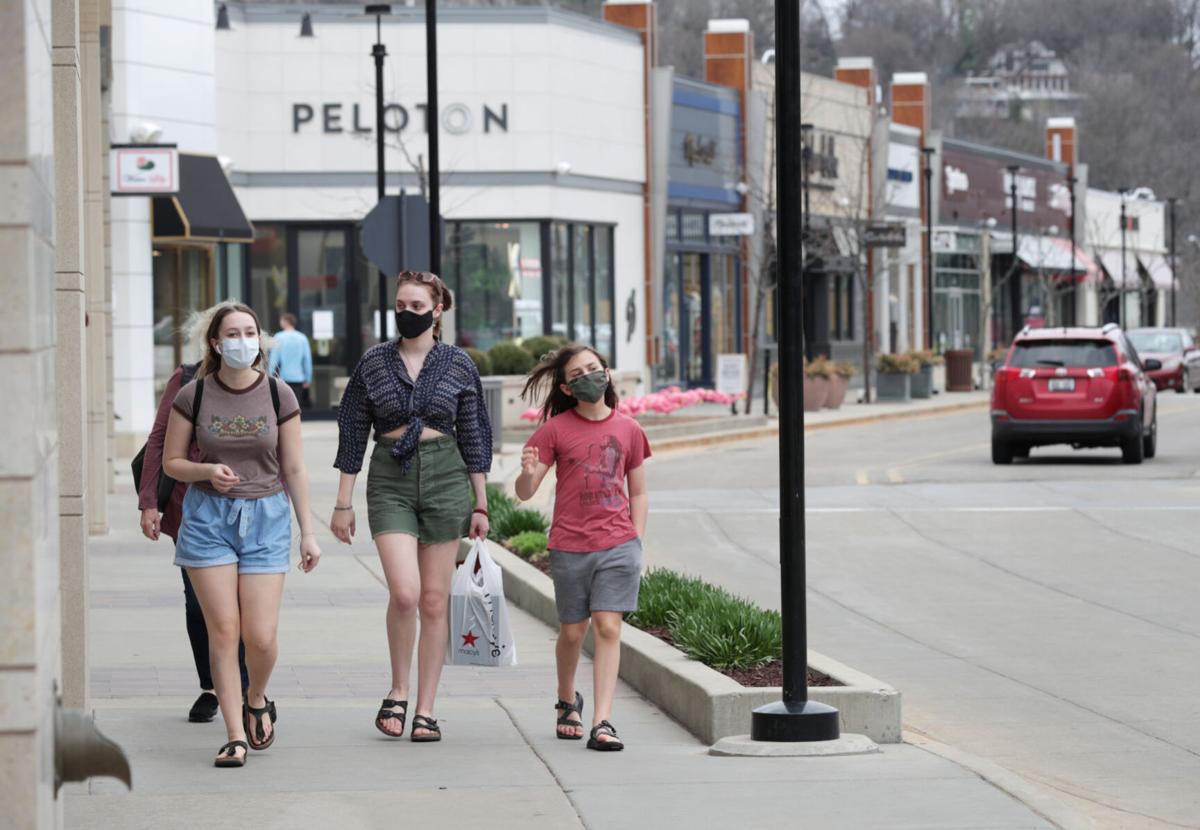 Rhiannon Teschner, center, of Middleton, shops at Hilldale for shoes for prom with siblings Cecilia, 15, and Julian, 11, with their aunt Donna Carnes in the background. 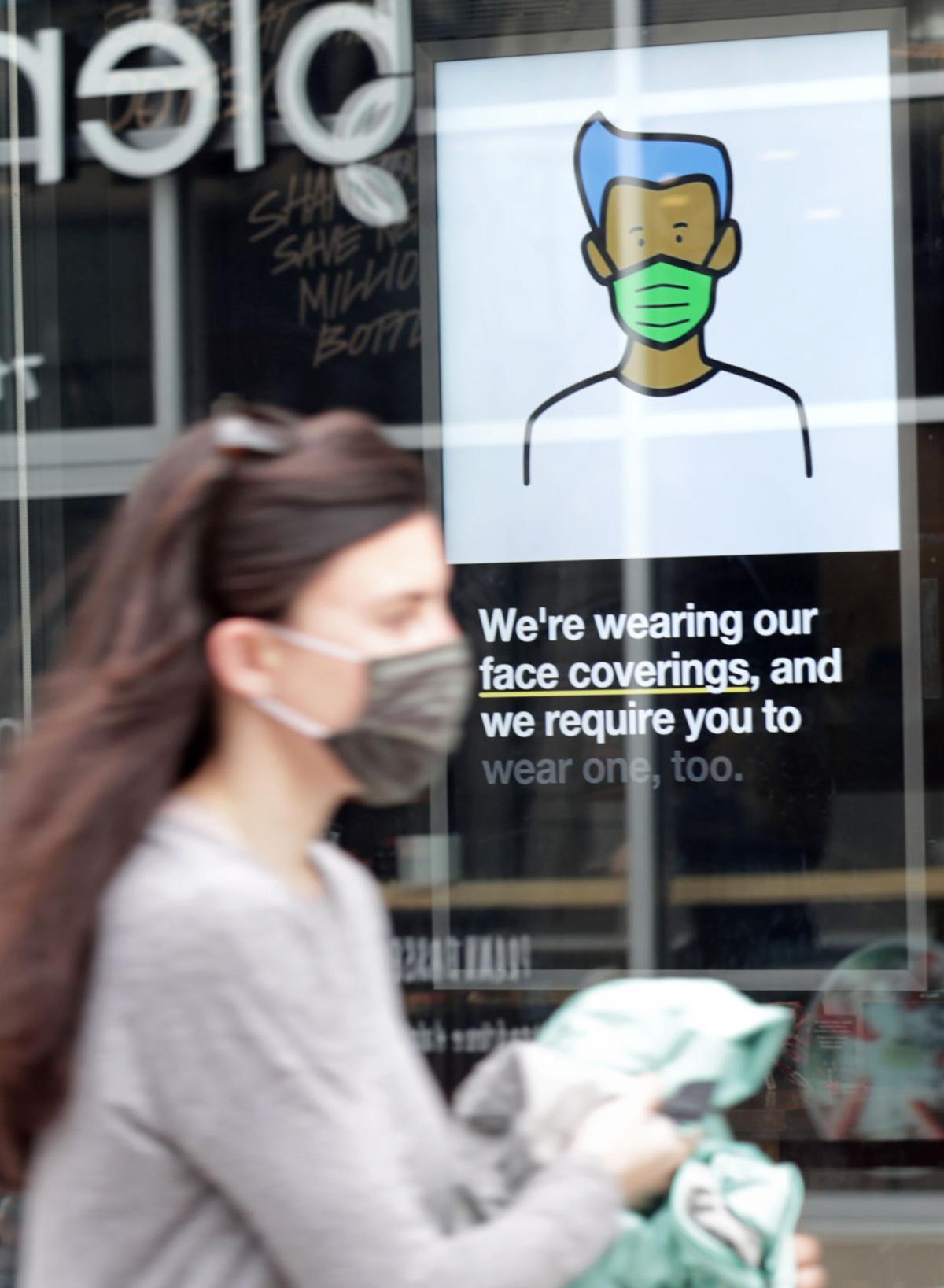 A sign at Lush Fresh Handmade Cosmetics reminds customers to wear a mask. 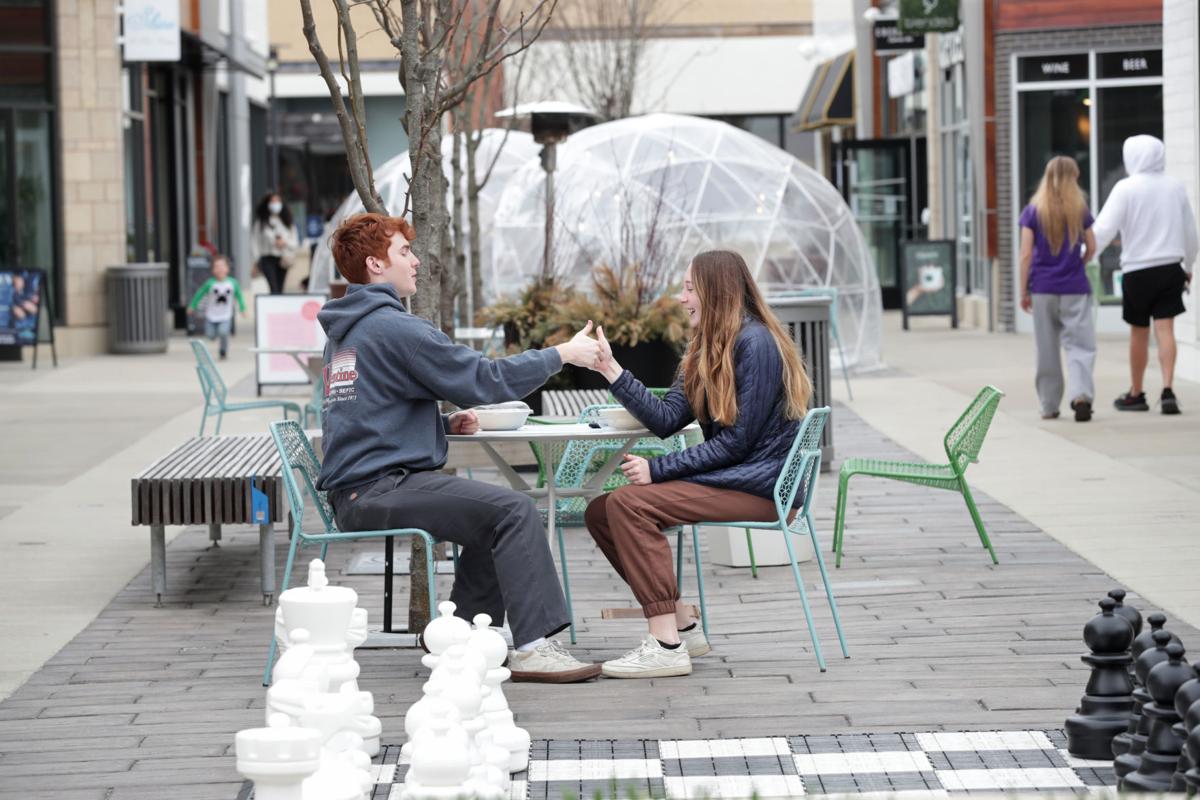 Liam Gill-Sutton and girlfriend Eve Kleiber, of Madison, challenge each other in thumb wrestling after lunch at Forage Kitchen at Hilldale. The plaza was created in 2015 after a $15 million renovation. 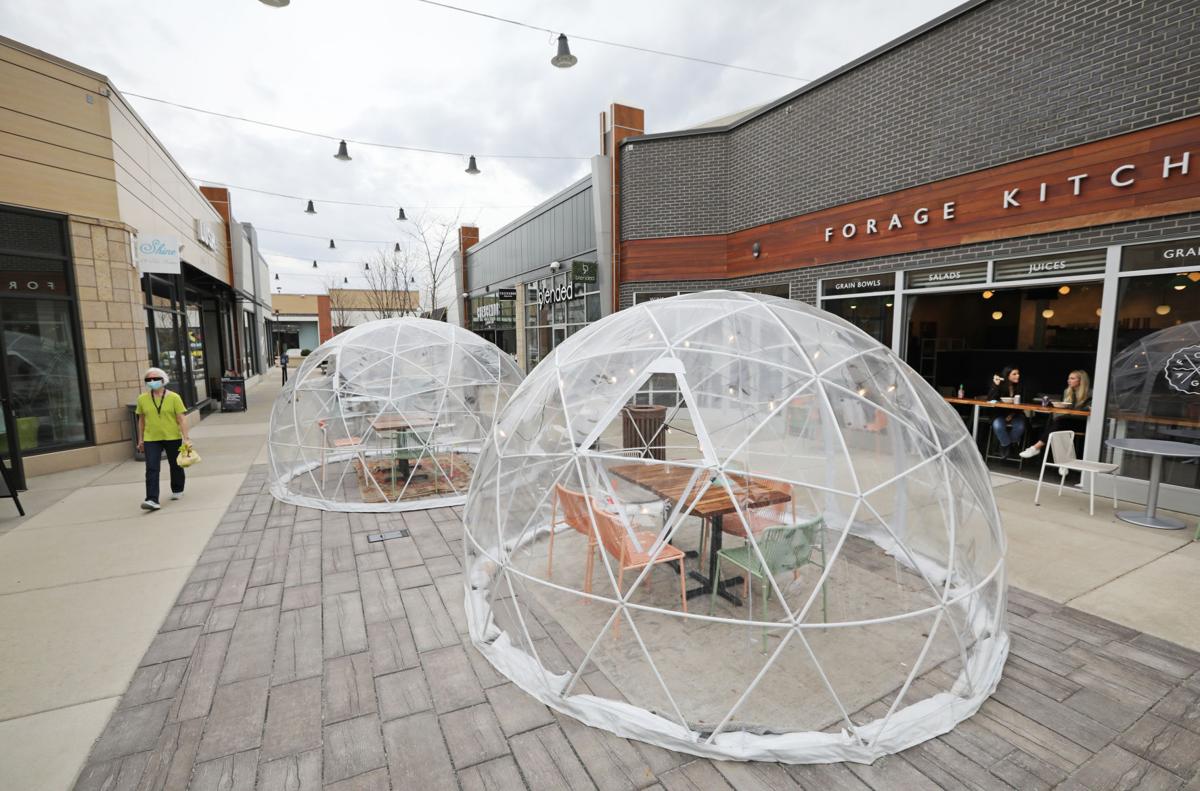