A Festival Foods, located in the ground floor of the $65 million Gebhardt Development at 810 E. Washington Ave., will open on April 8. The building also includes a 14-story apartment tower. 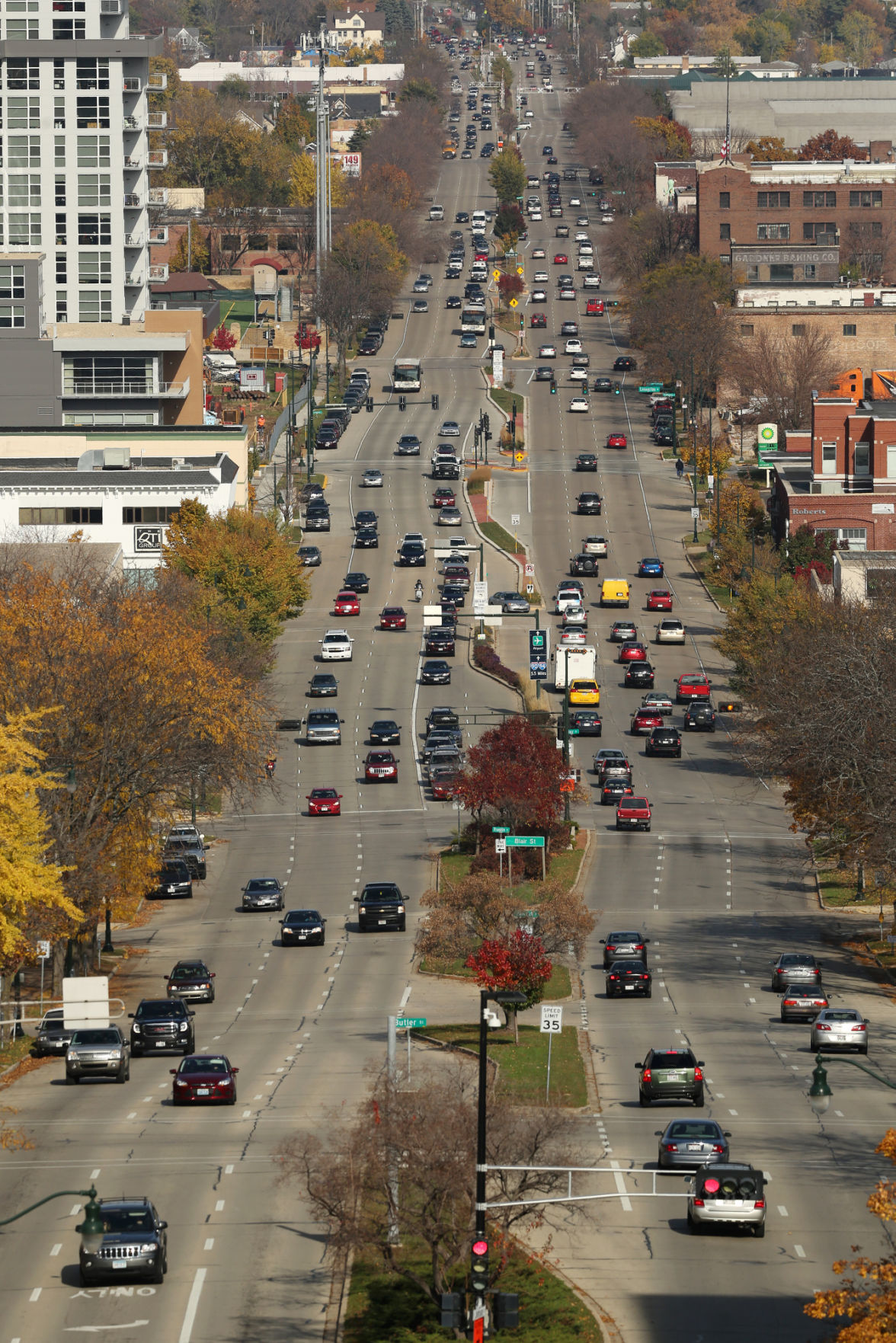 The booming East Washington Avenue corridor will soon have a grocery store. Festival Foods announced Monday that it will open its 57,000-square-foot store at 810 E. Washington Ave. on April 8. 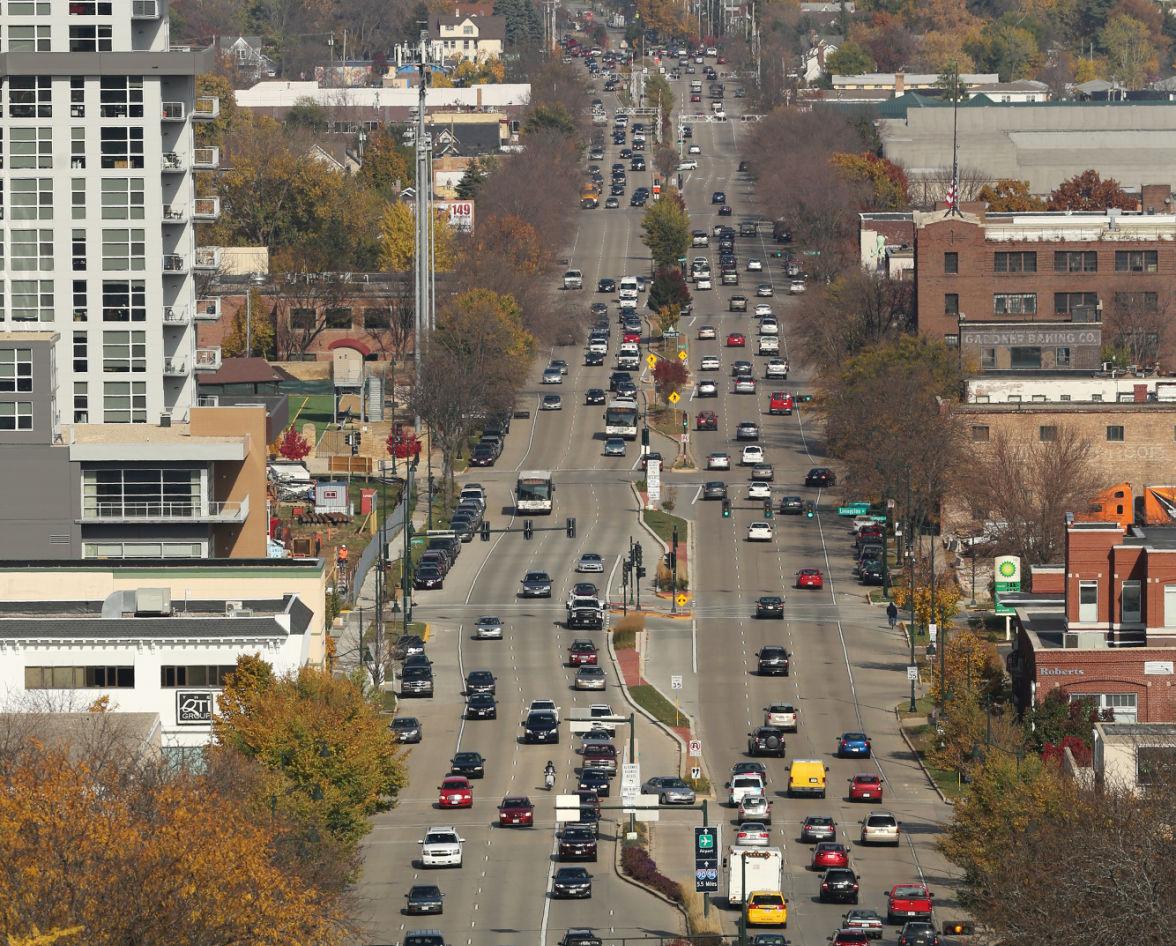 After months of delays, Festival Foods has picked an opening date for its first Dane County store.

The Onalaska-based company announced Monday that it will open its 57,000-square-foot store at 810 E. Washington Ave. on April 8.

The supermarket, originally scheduled to open in August 2015, brings another addition to the developing corridor and is on the ground floor of Gebhardt Development’s $65 million, 4.5-acre project on the site of the former Don Miller car dealership.

“Madison represents a key opportunity to expand our business and to better serve our growing customer base throughout southeast Wisconsin,” Mark Skogen, Festival’s president and CEO, said in a statement. “We are honored to become a member of this wonderful Wisconsin community.”

Festival operates 21 stores, but its entry into Madison brings another chain into one of the most competitive grocery markets in the Midwest.

The Madison store, just blocks from the state Capitol, will bring a full-service grocery to one of the fastest-growing parts of the city.

The new store will offer natural and organic foods, fresh sushi, a salad and hot food bar, and deli and catering services. It also features a seating area above the deli, a community conference room and in-store child care service.

The store will operate from 5 a.m. to midnight and employ an estimated 200 people, the company said.

The store features LED and motion-sensor lighting and timbers from Madison-based WholeTrees Architecture & Structures. The ceiling joists include red pine trees from the Wisconsin River Valley of southwest Wisconsin while the support columns consist of 18-inch-diameter ash trees removed from the city of Madison due to emerald ash borer disease.

The trees have been stripped of bark and branches, treated and fabricated with patent-pending steel connections. The 295 parallel chord trusses and 34 support columns used about 600 trees that ranged in size from 30 to 50 feet long. The project is the first in which WholeTrees used its expanded commercial product line after spending the last eight-plus years in the residential and custom commercial market.

The store will be unlike any of Festival’s other stores, including a Janesville store that opened in October. Brian Stenzel, a company spokesman, said it’s unclear if the Madison store’s design will be used in future projects.

Festival enters a Madison grocery market that includes major players like Woodman’s Market, Copps, Hy-Vee, Metcalfe’s Market and Willy Street Co-op, which recently announced it is studying a third location to replace the Pierce’s Market in Sherman Plaza on the city’s North Side.

But it has also been a market in change. In 2003, Kohl’s sold most of its stores to Milwaukee-based Roundy’s, which converted the businesses into Copps stores. In November, Ohio-based Kroger purchased Roundy’s. No major changes have been announced for the Madison stores, but some experts have said some stores in Madison could be ripe for closing.

In the last 10 years, Cub Foods has left the Madison market while Metcalfe’s added a store at West Towne. Costco has built in Middleton and Sun Prairie and Walmart Supercenters have opened in Monona and Sun Prairie. Hy-Vee operates two stores in Madison and one in Fitchburg while Janesville-based Woodman’s added a Sun Prairie location and Roundy’s added stores in Sun Prairie and Middleton and a Metro Market in Madison’s Grandview Commons. Near the UW-Madison campus, Jeff Maurer opened in 2010 the 18,000-square-foot Madison Fresh Market aimed at students and downtown residents.

It employs 5,500 people at its 21 supermarkets, all in Wisconsin. In 2014, the company purchased Vos Sentry in Fort Atkinson and converted the store to a Festival. The company will also open stores this year in Green Bay, Somers and Menasha.

“I really thought, given the proximity to the Capitol, it would become the type of place it’s turning into,” said Colleen Bos, owner of Bos Meadery, of the neighborhood.

The trees will be used for structural support beams instead of steel in the proposed East Washington Avenue store.

A Festival Foods, located in the ground floor of the $65 million Gebhardt Development at 810 E. Washington Ave., will open on April 8. The building also includes a 14-story apartment tower.

The booming East Washington Avenue corridor will soon have a grocery store. Festival Foods announced Monday that it will open its 57,000-square-foot store at 810 E. Washington Ave. on April 8.