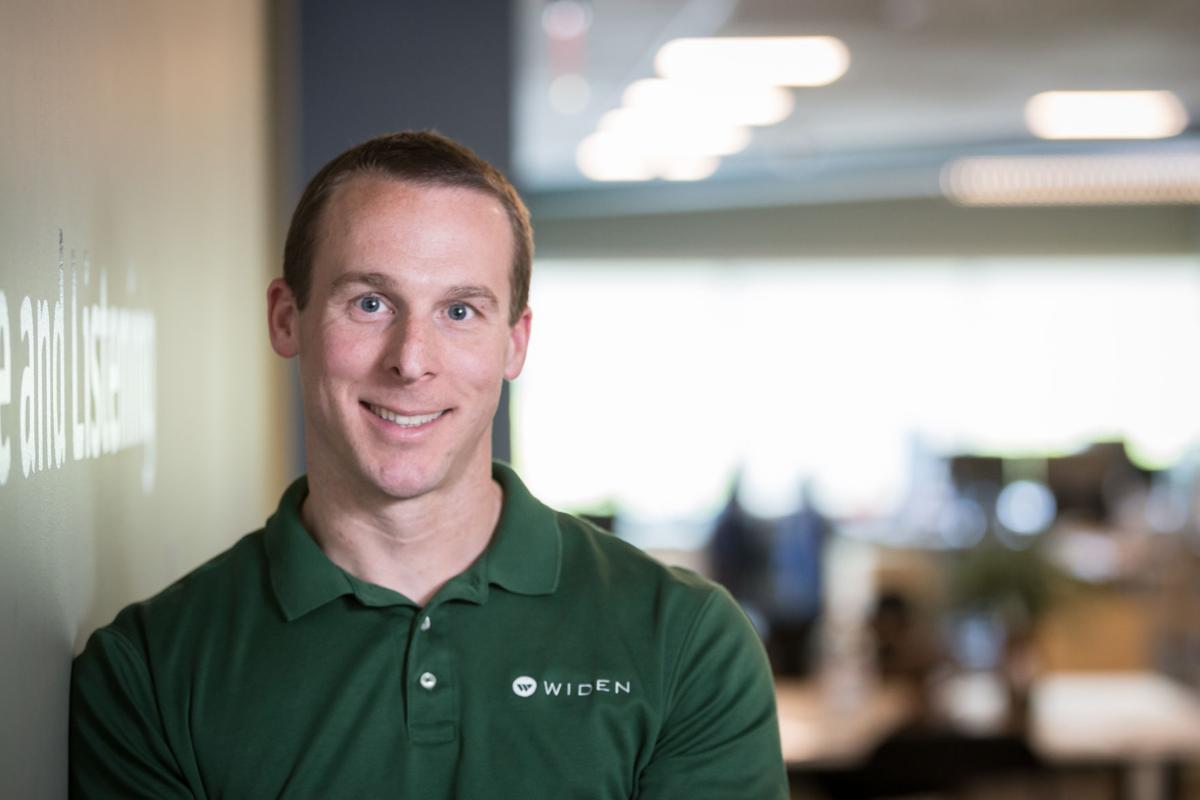 Matthew Gonnering has been chief executive officer at Widen Enterprises since 2009. He oversaw a change in the company's business model from a focus on prepress, or pre-media, to digital asset management. 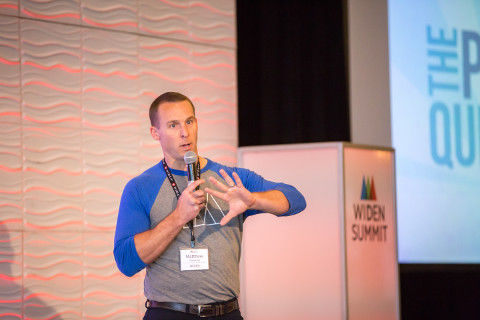 Matthew Gonnering has been chief executive officer at Widen Enterprises since 2009. He has overseen a change in the company's business model from a focus on prepress, or pre-media, to digital asset management.

PAT MACK For the State Journal

Matthew Gonnering can laugh now, looking back on his brashness.

Within a few years of joining Widen Enterprises as a sales representative, he marched into the office of his boss, Reed Widen, and told him he wanted his job as CEO one day.

“It was very bold, courageous,” Gonnering said with a chuckle. “I think the timing was right because we knew there was a new direction for Widen.”

The company was grounded in its print industry roots. Widen specialized in prepress work – things like color retouching of images and checking that images have the proper format before the presses roll. It also printed some products such as catalogs and advertisements.

But new technology jeopardized that work. So Gonnering pushed to sell storage of digital assets — like images and videos — for clients, as well as software to manage those assets. The transition was painful at times, but he saw no other choice.

“I’m sure there wasn’t a lot of love coming my way as we went through this transition, but it was necessary for our future, and it’s been proven that it was right,” Gonnering said. “We went through a very significant transition for the future for the business.”

Zach Brandon, president of the Greater Madison Chamber of Commerce, said Gonnering’s “boundless and infectious energy” has driven change at Widen. “The fact that the company is thriving with a new business model and consistently attracting top talent says a lot about Matthew’s leadership and ability to see what is coming around the bend.”

The company proudly displays customer usage statistics on screens at its headquarters.

They show that every day, more than 30,000 digital marketing and creative assets are added to its system with almost 100,000 files downloaded and shared. Daily views of those files exceed 20 million.

Widen opened an office in London in September, which is its first international location.

Q: Your dad had a printing business in Appleton that did not work out. Was that motivation for you? What role did that play in your career?

A: It played a huge role, gigantic. I grew up in the printing industry. My grandfather, Nick, started that printing company, called Master Litho, in 1975. I grew up in that and learned bindery and prepress and printing and estimating and planning and all of that.

When I graduated from college, my dad would not hire me out of college. He said, “Go find a job on your own,” so I did. I came back and worked for him in a sales capacity and in 1999, the business went into receivership. The bank took it over, and it was done.

I got to see my dad address the entire organization at that time, 50-60 employees. The pain of that was very much the risk of business right in front of you. He took a lot of great chances. He tried to grow it, but the market just wasn’t there. He over-invested in a few areas. I saw it from multiple angles. I was an employee at the time, and I was also a son and got to see the pain of it at home.

Were those lessons you brought to Widen?

Absolutely. I use those now. It made a very significant impression on my brain. What lessons did I learn from that? By taking chances you can do great things, and you can fail spectacularly. Either way, you’re going to learn something.

My dad was able to show a level of optimism and confidence even after that, which was very admirable. How he communicated to people about it, he addressed it fully, telling people, “This is how it went down.” I learned to be candid, and I learned to be an open communicator. And I’ve carried that into Widen, and also the entrepreneurial spirit. That really matched well with the organization because Widen has always been that way.

And the company really needed to change?

Yes, and when I started here Widen was already creating technology. They were creating software, but they were viewing themselves as a prepress company that added a press and had a research and development department for its own purposes.

That R&D effort was creating software that helped manage digital content that customers were paying for. They were building a system for a customer, a digital library, because the whole analog to digital conversion happened. So they listened to customer problems and responded to it. And it wasn’t the same response as a prepress or printing problem. It was a very different problem, but it was still ingrained in the Widen mindset of saying the customer is having a problem, and I think it’s within my grasp to solve it. So they solved it by creating the software.

When I started here in 2000, I started as a print sales rep with my whole printing knowledge background selling printing services. They had two sheet-fed presses here. I was brought in to sell those services. When I got here, you could see all the technology they had, but they treated it as an exclusive to their large, prepress customers.

Because the marketing department could find other clients who could use the software?

The marketing department had a new story to tell. Instead of quoting 30,000 four over four, 8.5 inch-by-11 inch cut sheets, I’m going to lead with, “How do you manage all of the images and video that you have?” Inquire more about how we could solve a problem they might not be thinking about, instead of being just another printer or being another color separator.

They may not have even known there was a solution for image and video storage?

Right, at that time, no one was searching for digital asset management. The market wasn’t huge. It wasn’t a big enough problem. But the problem was certainly escalating. The problem started getting attention, so the marketing model we had started to make sense.

All we had for marketing in the beginning was my salary. That was the budget, $35,000. It was basically me doing sales support and creating messages and ultimately proving we can lead with this product and customers are willing to buy it, and recognizing that by adding more people to the marketing team we could create conditions where customers would come to us.

We wouldn’t have to worry about making cold calls all the time or being the phone-book-trolling sales rep. My first day here was, “Here’s the phone. Here’s the phone book.”

You see that Widen switched from prepress, or what you now call pre-media, to digital asset management, and it seems obvious. But it wasn’t like that when you were in the middle of changing business models?

It was painful in a lot of respects. It was paranoia and scary at the same time. But it was also fun and energizing. You’re trying to shift the mindset of a business. We had to think of ourselves as a software company. And yet what unified us all was the customer experience. So it wasn’t like we were pivoting too far. The customers have the problems. They were expressing them to us, and we were capable of solving them. So as far as that thinking goes, it wasn’t too far from what we were doing.

But for the organization it was a huge shift in pre-media. Pre-media started to tank. Customers were taking that on the inside. This was a case where, was not only the software improving to do some of these pre-media services, but companies also were deciding to take them on internally, so therefore you have a condition where the revenue drops.

How were you able to keep your certainty throughout that transition?

That’s great question to ask. I think I am irrationally optimistic. I believe in the people that I surround myself with, and those people also fuel me. By working with such great colleagues, I was able to keep my certainty, to trust it and to go with it. And the new business model was validated through customer deals. It’s not like we just trusted it and trusted it and we were irrationally optimistic until we were dead in the water.

Vaccine-hesitant patient: If I could do it all over again, I'd get it

Vaccine-hesitant patient: If I could do it all over again, I'd get it

Matthew Gonnering has been chief executive officer at Widen Enterprises since 2009. He oversaw a change in the company's business model from a focus on prepress, or pre-media, to digital asset management.

Matthew Gonnering has been chief executive officer at Widen Enterprises since 2009. He has overseen a change in the company's business model from a focus on prepress, or pre-media, to digital asset management.