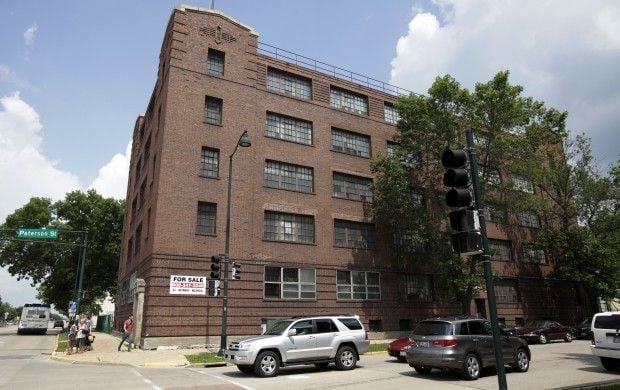 The long-vacant Kleuter building, 925 E. Washington Ave., is proposed to be the site for StartingBlock Madison, a local tech startup center. Sitting empty for 11 years, the building was most recently a warehouse for Mautz Paint Co. 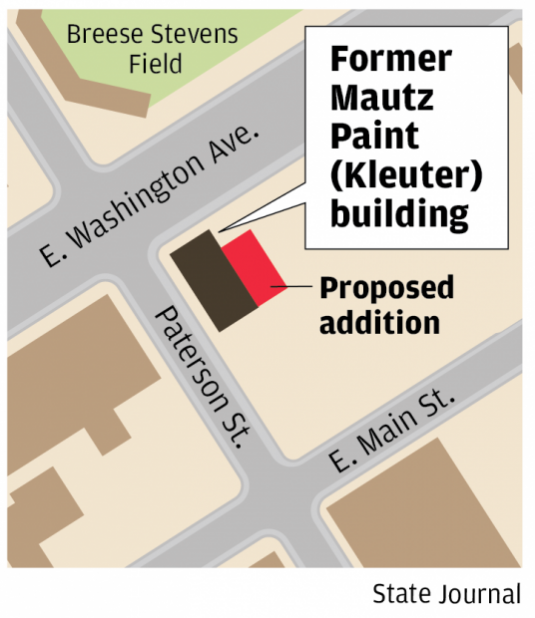 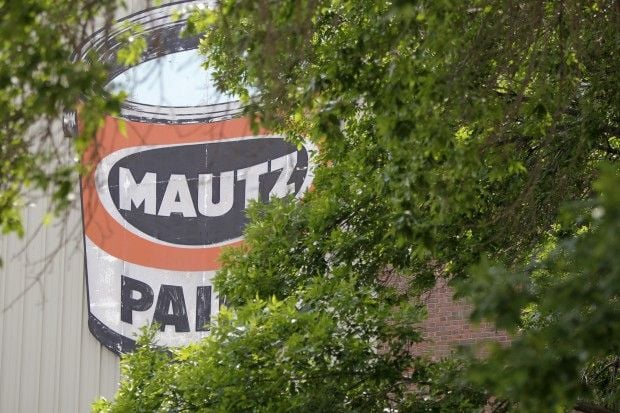 An old logo on the Kleuter building, at the corner of East Washington Avenue and South Paterson Street, reveals its former role, as a warehouse for Mautz paint. A new plan would double the size of the five-story building and turn it into a warehouse for creating tech jobs.

A former warehouse on East Washington Avenue, sitting unused for nearly a dozen years, could become a city hub for entrepreneurial activity and a lure for young techies nationwide, supporters say.

The former Kleuter Building, 925 E. Washington Ave., would house StartingBlock Madison, a center for tech startups, inventors and growing businesses, if the project is approved.

“It will bring together many of the resources that Madison has ... under one roof,” said Ald. Scott Resnick, part of a core group of entrepreneurs and supporters that has been meeting for nine months to give shape to the vision. “This is one of the more ambitious projects for any community to take on.”

The center “seeks to become the heart of Madison’s entrepreneurial ecosystem,” says a preliminary position paper describing the project.

But there are still some hurdles to overcome. A major question is: Who will develop the project — the current owners of the 4.5-acre property, Archipelago Village, represented by Madison developer Curt Brink, or the entrepreneurs group that has chosen Urban Land Interests as a development partner?

Brink said other issues that could make or break the project are parking and city financing.

The five-story building, at the corner of East Washington Avenue and Paterson Street, was built as a grocery store and warehouse in 1915, Brink said. Most recently, it was used as a warehouse for Mautz Paint. It has been vacant for 11 years but is in “pretty good shape,” he said.

Plans for StartingBlock Madison call for adding a five-story addition onto the back of the building, creating a total of up to 90,000 square feet of space. It would include:

An auditorium and community meeting space.

Offices for startup support firms such as lawyers and investors.

“There has been considerable momentum in the emerging Madison startup community over the last two to three years, and a project like this really takes the whole thing to the next level,” said Forrest Woolworth, a co-founder of Capital Entrepreneurs and member of the project team.

“We’re all very passionate about wanting to make this happen and bring this place to life,” he said.

StartingBlock’s anchor tenant will be Sector67, a place where members can create any manner of things, from sewing projects to 3D printing of plastic parts to iron pouring.

Currently at 2100 Winnebago St., Sector67 would occupy the basement and a first-floor atrium of StartingBlock, with space for large equipment and classrooms.

Meyer said he would like to see StartingBlock install solar panels or possibly wind power, with a rooftop garden and chicken coop.

StartingBlock proponents considered 22 sites in the Downtown, Near East Side and UW-Madison campus areas before settling

on the Kleuter building, said

A survey of tech entrepreneurs, conducted in January, found that neighborhood to be a target area. “Results were overwhelmingly positive for the Capitol Square and the Near East Side,” said Resnick, who is also vice president of Hardin Design & Development.

Resnick said StartingBlock could house as many as 40 small startups and five to eight larger companies, each with 25 to 75 employees.

“This will be, essentially, an iconic center,” he said. The potential cost of the project, Resnick estimated, is about $13.5 million.

But there are wrinkles to iron out.

The entrepreneur group has hired George Austin as project facilitator. Austin is a former director of planning and development for the city of Madison and past president of the Overture Foundation.

The group obtained a memorandum of understanding with the property owners to explore the feasibility of the project and issued a request for proposals, and Urban Land Interests was chosen from the two bids.

If all goes well, construction could start in early 2014 and the building could open in early 2015, Austin said. “I think it’s a

testament to the energy and vision of this group of entrepreneurs,” Austin said.

But Brink, representing the owners, said StartingBlock is Archipelago’s project, in coordination with Sector67’s Meyer and others.

“We’re the developers of the property,” Brink said. He called the entrepreneurs’ request for proposals “very confusing” and “premature” since the group has no option yet to buy the land. Brink said he plans to present the project to the city’s Urban Design Commission next week.

Brink said the project will need city help with parking, and that issue could be the tipping point on StartingBlock’s feasibility. His vision is that the city will move a water utility building across Paterson Street to another location and open that space for neighborhood parking.

Austin said the project will need to consider a variety of funding sources. “My assumption is that to achieve the below-market-rate rents needed to sustain early startups that we’ll need to find funders that I would characterize as non-traditional,” he said.

A new scaled-down version of the once grandiose Archipelago Village plan for the 900 block of East Washington Avenue is set to begin the city approval process.

The project will provide a new, combined entrepreneurial hub in the central city.

Plans for the entrepreneurial hub can now move forward.

The long-vacant Kleuter building, 925 E. Washington Ave., is proposed to be the site for StartingBlock Madison, a local tech startup center. Sitting empty for 11 years, the building was most recently a warehouse for Mautz Paint Co.

An old logo on the Kleuter building, at the corner of East Washington Avenue and South Paterson Street, reveals its former role, as a warehouse for Mautz paint. A new plan would double the size of the five-story building and turn it into a warehouse for creating tech jobs.