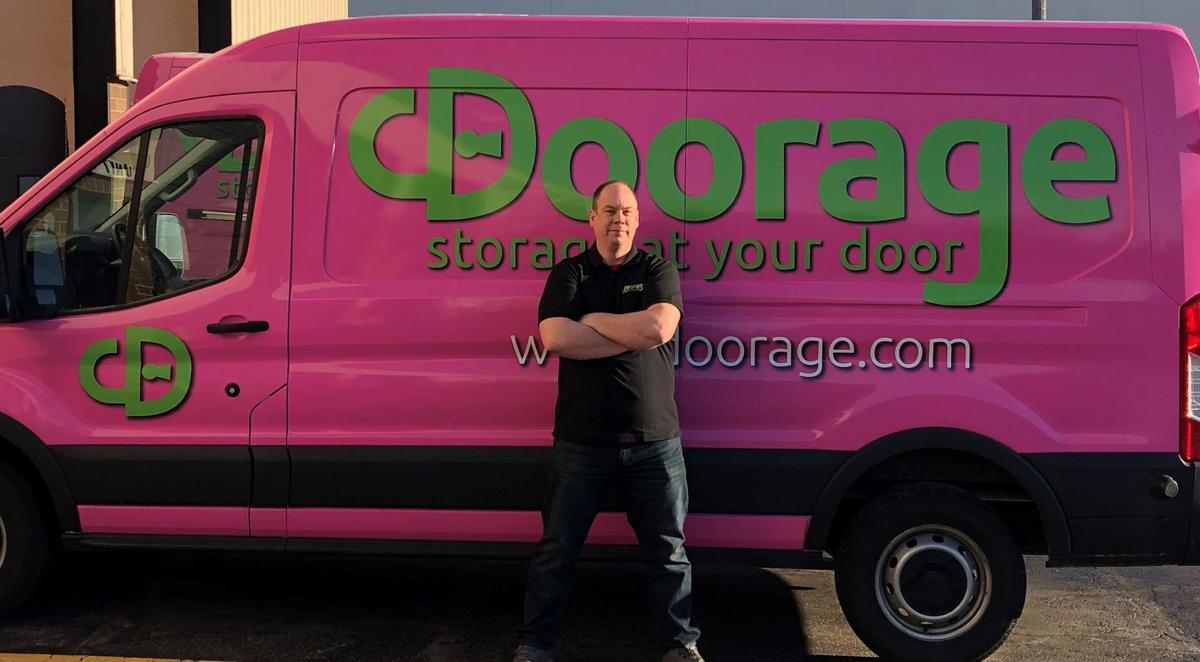 Sean Sandona founded Doorage in Chicago in 2018 and last month opened storage facilities in Madison and Milwaukee. Customers do not go to the storage facility but instead have their items picked up by Doorage staff. Customers pay by the cubic foot, not by the individual storage unit. 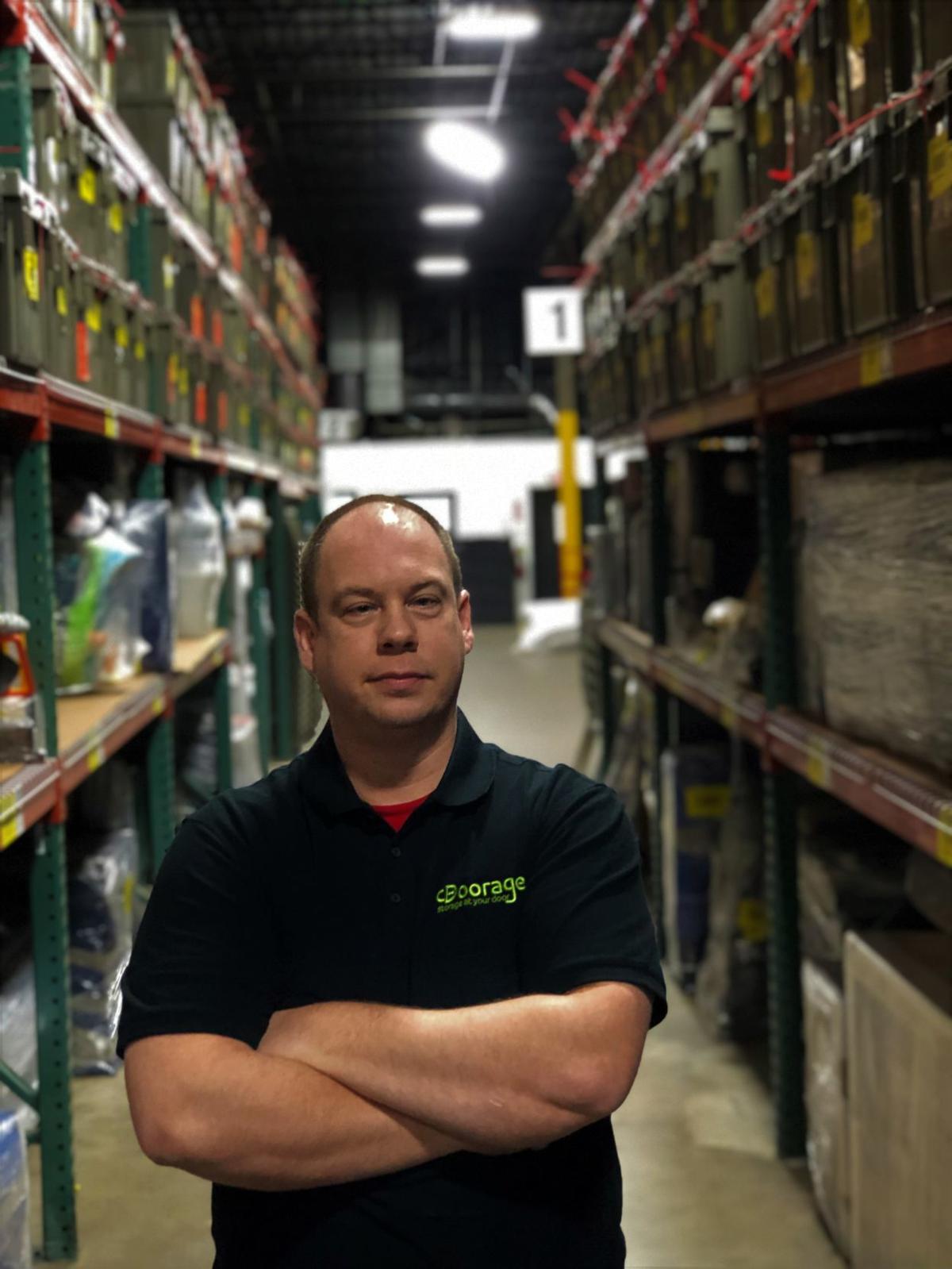 Sean Sandona doesn't disclose the location of his warehouses in an effort to reduce the threat of theft. Because storage items are delivered to and from the storage facility by Doorage staff, the warehouse does not need to be conveniently located, which helps reduce costs.

The Madison area's highly competitive self-storage industry has a new player with a concept that is deigned to insure that customers aren't paying for empty space.

Doorage, a Chicago based company founded in March 2018, entered the Madison and Milwaukee markets last month, doesn't allow its customers into the storage facility and provides pick up and delivery.

Instead of individual storage units, Doorage uses a warehouse system with racking equipment with smaller items stored in high density polyethylene containers provided by Doorage that are filled at home and picked up by Doorage staff. Items are stored on racks and individually tracked electronically with customers paying only for the space they use. The location of the warehouses are not disclosed to reduce the chances of theft.

"We just don't want any opportunity for crime. In the first year we have not lost a single item either through mismanagement or theft," said Sean Sandona, who founded Doorage out of frustration with mice, break-ins and costs at other storage facilities he had used. "We know where anyone's item is within a two-foot range."

By the end of this year, Sandona hopes to have 90,000-square-feet of storage space between three facilities in Chicago that employ 17 people. He has nine employees between the Madison and Milwaukee markets that each have 15,000-square-foot warehouses. The facilities don't need to be in customer-friendly locations, which helps reduce costs, Sandona said.

The Madison area is home to thousands of units in dozens of storage facilities scattered throughout the region. They include a number of different businesses that offer varying sized storage units, some that include climate control and space for boats, cars and campers.

In 2011, U-Haul converted the former Cub Foods on Verona Road into a U-Haul Moving & Storage center. It includes more than 500 units, most of which are inside the building that closed as a grocery store in 2009. On the city's North Side, a 119,000-square-foot former manufacturing facility at 2701 Packers Ave. was converted last year by U-Haul into a storage center that will ultimately have 900 units, both climate and non-climate- controlled but all housed within the building.

The smallest order is a single cubic foot while Sandona has one client in Chicago using one of his facilities to store a piano. Cars are accepted but all fuel, oils and other liquids must be drained. Doorage does not store drugs, firearms or edible and perishable items.

Individual containers and items in the storage warehouse can be requested and delivered within a day's notice. College students are a prime target for Sandona who said his staff will come to a dorm or apartment and pick up items to be stored and deliver them back to a student once they are in a new location. Clients also include seniors, those staging homes and others who may be in between homes or are living overseas for a time. Businesses also use his company to store documents while some restaurants use Doorage to store over the winter their furniture for sidewalk cafes.

"The hardest part for us is that there is no target (customer) for us anymore," Sandona said. "It's really every person in society."

But the Texas-based company may be seeking a buyer following a sub-par earnings report.

The non-profit's remaining 15 stores in seven states will remain open.

Cluck the Chicken Store in Paoli to close

The store opened in 2012 but the owners want to spend more time with their grandchildren.

The free app, created by Jack Pawlik, allows customers to order and pay for coffee and other items at independently-owned coffee shops.

Wildfire situation may worsen this week

Sean Sandona founded Doorage in Chicago in 2018 and last month opened storage facilities in Madison and Milwaukee. Customers do not go to the storage facility but instead have their items picked up by Doorage staff. Customers pay by the cubic foot, not by the individual storage unit.

Sean Sandona doesn't disclose the location of his warehouses in an effort to reduce the threat of theft. Because storage items are delivered to and from the storage facility by Doorage staff, the warehouse does not need to be conveniently located, which helps reduce costs.