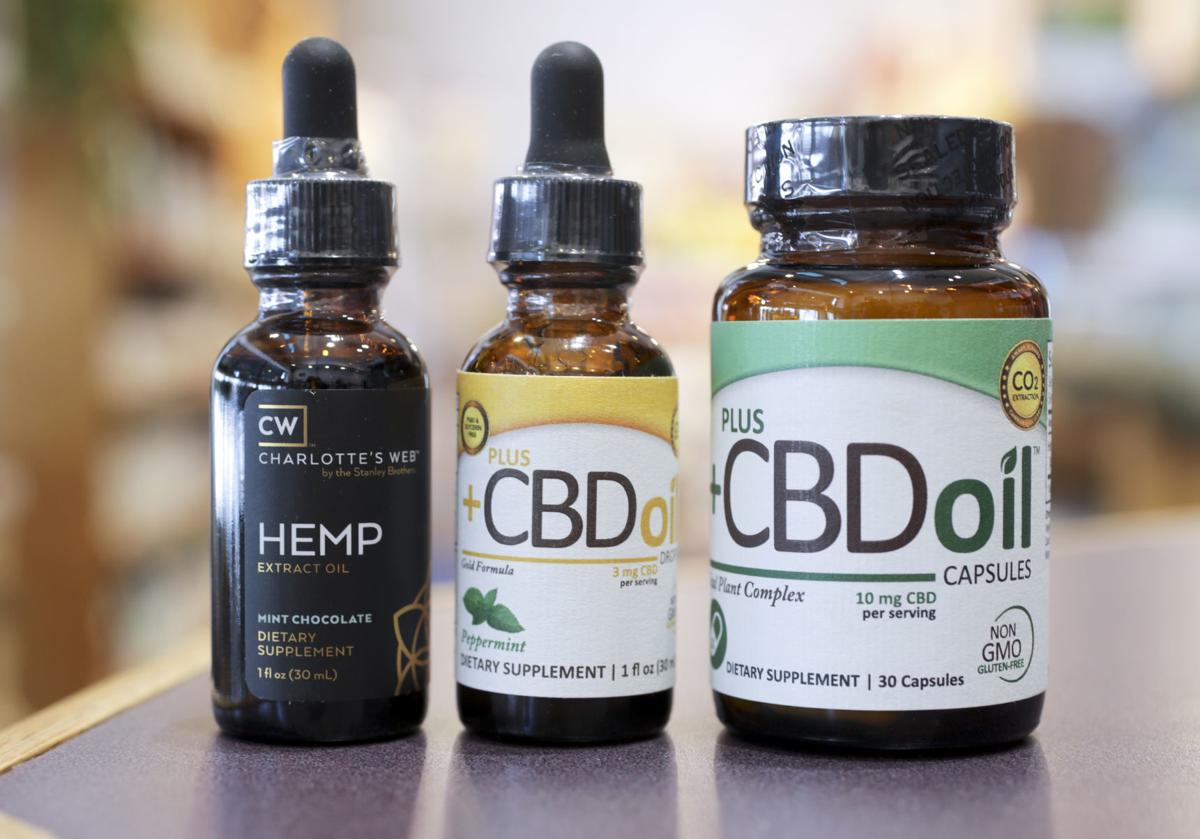 The Wisconsin Department of Justice is advising law enforcement agencies and the public that a medicinal oil derived from marijuana and hemp is still illegal without a prescription, despite two laws passed in recent years legalizing its use in limited circumstances. 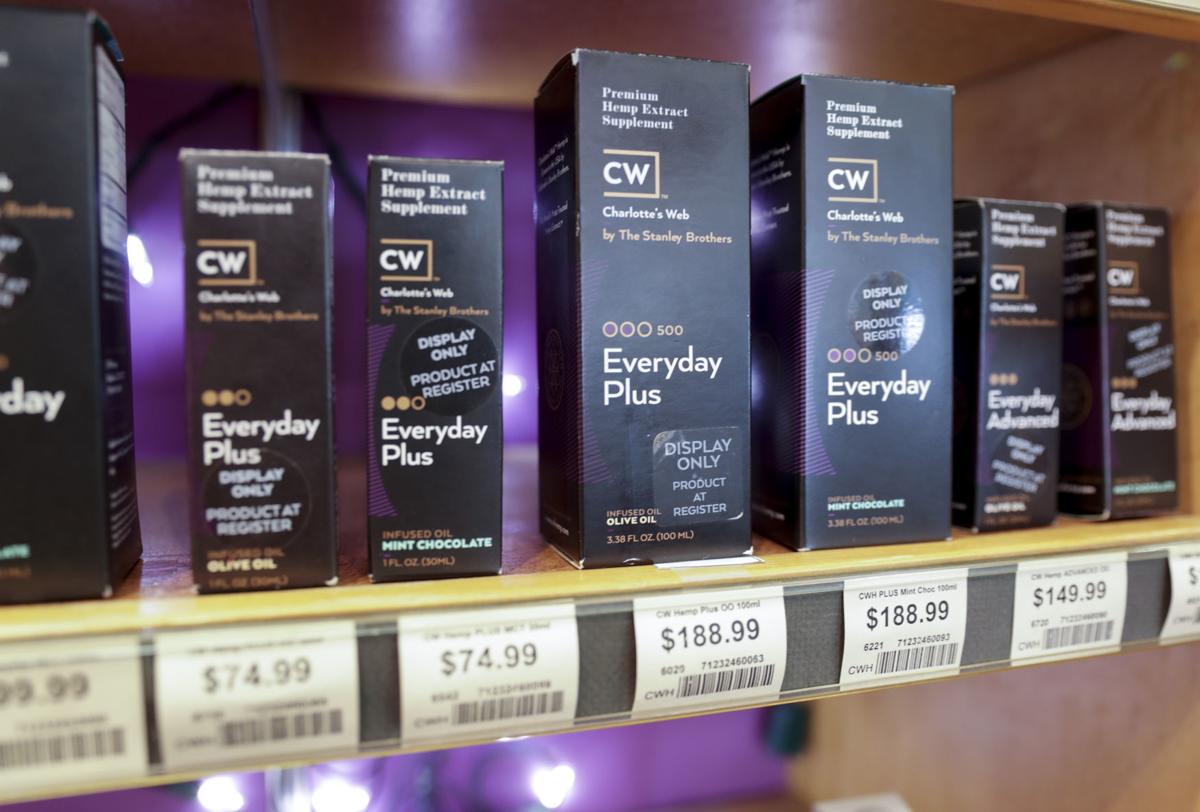 Community Pharmacy in Madison sells hemp-based products containing CBD oil despite a warning from the state Department of Justice that such sales are illegal.

The Wisconsin Department of Justice is advising law enforcement agencies and the public that a medicinal oil derived from marijuana and hemp is still illegal, despite laws passed in recent years legalizing its use in limited circumstances.

The announcement caught many hemp farmers participating in a new state-authorized program off-guard and could cost the state millions of dollars in outside investment in the product, said Rob Richard, a lobbyist for the Wisconsin Farm Bureau Federation.

“What they’re telling us is CBD oil under the hemp program is illegal, which is nonsense,” Richard said. “This is just another kick in the gut to farmers and with the timing it’s unacceptable to farming.”

Health stores that sell hemp-based CBD oil without a prescription could also be affected by the DOJ decree, though Jennifer Helmer, an herbalist at Community Wellness in Middleton, said suppliers have advised that the federal law on the issue is murky.

Cannabidiol oil, or CBD oil, is one of the byproducts of the marijuana plant, which also contains tetrahydrocannabinol (THC), a Schedule I narcotic under federal law. Possessing or distributing CBD oil containing any level of THC is illegal in Wisconsin, according to DOJ.

CBD oil can also be produced from hemp, which comes from the same family as the marijuana plant, but with lower levels of THC without the same psychoactive effects. The oil is used to treat exercise-induced inflammation, mild anxiety and pain, Helmer said.

Some have advocated for the therapeutic benefits of CBD oil containing little or no THC, particularly in children or adults who suffer from debilitating seizures. Many stores in Wisconsin, including Community Pharmacy in Madison, have been advertising CBD oil.

“All our CBD products are derived from hemp and can be purchased without a prescription,” Community Pharmacy advertises on its website. “It’s safe, effective, and legal in all 50 states.”

Gov. Scott Walker signed bills in 2014 and 2017 that allowed doctors and pharmacies to distribute CBD without THC under an investigational drug permit issued by the U.S. Food and Drug Administration. The more recent bill also allows individuals who obtain CBD oil with such a prescription to possess the drug, though it doesn’t permit wider production and distribution and federal law prohibits bringing it in from other states, making it still virtually impossible to obtain in Wisconsin.

Walker signed a separate hemp bill last year that allowed a pilot program for growing industrial hemp. Richard said during the debate over that bill it was made clear to lawmakers and the Department of Justice that farmers would be growing hemp to produce CBD oil.

But a memo issued April 27 by the Wisconsin Statewide Intelligence Center, which is run by the DOJ’s Division of Criminal Investigation, said manufacturing and distributing products with CBD oil, even with no or very low levels of THC, is still illegal.

“There has been much confusion amongst consumers, store owners, law enforcement and prosecutors regarding the legality of CBD in the state of Wisconsin,” according to the memo.

The memo mentions several reports from around the state about stores selling CBD oil products, including some in Madison. Part of the confusion, it notes, is that some have claimed CBD oil can be derived from industrial hemp allowed under the 2014 federal farm bill.

The Department of Agriculture, Trade and Consumer Protection recently issued similar guidance for those participating in the state’s recently approved Industrial Hemp Research Pilot Program that “holding a DATCP license does not authorize you to produce or sell CBD oil or CBD products.”

The DOJ memo notes the penalty for selling or possessing CBD oil that doesn’t contain THC is a fine of up to $200.

“Based on the increasing popularity and continued confusion and debate over the legality of CBD, the presence and sale of the product in Wisconsin stores will likely continue,” the memo states. “Consumers, store owners, law enforcement and prosecutors should be informed both of the illegality of CBD and of the dangers non-regulated products sold in stores as pure CBD pose to customers.”

Sen. Patrick Testin, R-Stevens Point, one of the sponsors of the hemp bill, said the bill was intended to give Wisconsin farmers the ability to produce hemp-based CBD oil.

“I’m disappointed that the Department of Justice has chosen the interpretation that they have and that they chose to release this information at the end of the hemp license application process,” Testin said in a statement. “I’ve reached out to Attorney General (Brad) Schimel, and I hope we can work together so that Wisconsinites can have access to all of the opportunities that we intend the hemp pilot program to bring.”

Schimel issued a statement Friday saying farmers in the DATCP program can still grow industrial hemp and export it to other states, but they can’t manufacture CBD oil from the plant under current state and federal law.

“Law enforcement has encountered examples of products claiming to be CBD oil that resulted in people getting hurt and sick,” Schimel said. “We have an obligation to protect public health and safety, and need to provide frontline law enforcement with the knowledge to enforce the law as it is written by the Wisconsin State Legislature and United States Congress.”

Josh Hendrix, director of business development and domestic production for CV Sciences, which produces hemp-based CBD products and supplies dozens of stores in Wisconsin, said most hemp processing takes place within 100 miles of a hemp farm, so the ability to export it to other states won’t help many farmers.

Hendrix said Indiana experienced a similar issue last year when the state issued a statement about CBD products being illegal. The Indiana General Assembly passed a law making it clear that hemp-based products were legal.

“All of our retailers are fully willing and able to cooperate and we want to go about it the right way as well,” Hendrix said. “They firmly believe they’re on the right side of this issue.”

Democrats, many of whom have advocated for legalizing marijuana in the state, criticized DOJ for cracking down on a drug that is primarily used to treat sick children and also Walker and Republican lawmakers for not doing more to make CBD oil available to those who might benefit from it.

“It underscores the problem with the bill,” said Sen. Jon Erpenbach, D-Middleton. “We’re going to have to pass legislation to allow it to be produced.”

The most-read stories of May

Farmers growing industrial hemp under a state-wide pilot program will not be prosecuted for producing CBD oil.

Sup. Yogesh Chawla introduced the resolution to include an advisory referendum asking voters whether they favor legalizing marijuana use and taxing and regulating marijuana similar to alcohol.

Meet Cuba's new leader who's not a Castro

'It shocked me': Bush on reactions to his friendship with Michelle Obama

'It shocked me': Bush on reactions to his friendship with Michelle Obama

Researchers capture glimpse in the life of a wolf

Researchers capture glimpse in the life of a wolf

The Wisconsin Department of Justice is advising law enforcement agencies and the public that a medicinal oil derived from marijuana and hemp is still illegal without a prescription, despite two laws passed in recent years legalizing its use in limited circumstances.

Community Pharmacy in Madison sells hemp-based products containing CBD oil despite a warning from the state Department of Justice that such sales are illegal.