MIDDLETON — The evolution of Parmenter Street could be taking another significant step, thanks to one of its oldest businesses.

The Bruce Company, known for its landscaping services and robust garden center, has presented plans to the Middleton Plan Commission for a 16-acre project that would construct a new retail store, greenhouse and corporate headquarters and move its field operations to Verona, freeing up acres of land for redevelopment.

The plan, which could take 10 years to come to fruition, calls for multiple buildings housing 600 apartment units, offices, a bank and possibly a hotel. A public park could also be constructed along Pheasant Branch Creek, which runs adjacent to the property but is shielded by a tangle of brush and trees.

Seth Nicholson, co-owner and president of Bruce Company, envisions paths and a pedestrian/bike bridge over the creek, but the first phase of the overall project would focus on constructing the company’s new retail center, greenhouse and corporate headquarters. Pending city approvals, construction could begin this fall. The cost of the conceptual project has not been determined and it’s unclear how much tax incremental financing assistance would be requested from the city.

“There’s a lot of variables and so many pieces,” Nicholson said. “We really want to tie it into the growth of the city and the growth of our organization.”

The proposed plan comes as Parmenter Street is undergoing a multiyear transition from highway to urban thoroughfare.

When Highway 12 was rerouted in 2005 to the west as part of a $126 million expansion of the road between Middleton and Sauk City, city officials renamed the old Highway 12 section Parmenter Street, because it connects with the original Parmenter Street that dissects the city’s historic downtown.

A $7 million reconstruction of the street was completed in 2007 that included a two-lane roundabout, a boulevard, new utilities and a bike path. The project also improved access into businesses along the street. A tax incremental finance district was created by the city in 2012 to encourage redevelopment, something that has taken off in recent years.

Cornerstone Plaza, home to Jet’s Pizza, Hurts Donuts, Middleton Travel and a Chocolate Shoppe, was among the first projects on the newly designed corridor along with Parmenter Center, an office building at 2501 Parmenter St.

Other projects have included the $16.2 million mixed-income apartment complex called Meadow Ridge Middleton on the former site of the Bowling Green Recreation Center and the $6.3 million Parmenter Circle, home to 40 affordable and 10 market-rate apartment units.

The Trotta, a $15.6 million apartment development, has just broken ground in the 3000 block of Parmenter Street while Conservancy Bend, 87 apartments and 19 town homes by developer T. Wall Enterprises, is nearing completion just east of the roundabout. Meanwhile, the Aviary and Middleton Market, a 263-unit apartment building with 30,000 square feet of commercial space and a European-style food hall, is being built on a former softball complex on Lisa Lane.

All of this development is helping to connect Tribeca Village Luxury Apartments to the north with Middleton Center, a mix of luxury apartments and commercial space in the city’s downtown. Both of those projects are by Wall, which is serving as an adviser on the Bruce Company project.

The property, bounded by the Beltline, Parmenter Street, Donna Drive and the creek, has for years been eyed by the city as a potential redevelopment site. Bruce Company officials and Wall have been meeting with the city since August on the concept plan, said Mike Davis, the city’s administrator.

“It’s an exciting prospect for Middleton. We’ve had great success in getting housing and that will bolster the potential for retail,” Davis said. “It’s another real shot in the arm for the Parmenter Street corridor.”

The Bruce Company was founded in 1952 and incorporated four years later by Lee Bruce, who owned the company until abut 10 years ago when it was sold to longtime employee Bliss Nicholson and his son, Seth. The company’s nursery, where it grows shrubs and trees, was originally at its Middleton location but was displaced by construction of the Beltline. Today, the company has more than 400 acres of property along Highway 69 near Verona where it grows its stock and has a distribution center that serves private landscaping companies and provides material for Bruce Company landscaping jobs.

Under the concept plan for the Parmenter Street operation, the company’s fleet of trucks, the fueling operation and repair shop would move to Verona. The first phase would keep the corporate headquarters, retail store and greenhouse along Parmenter Street, only they would be constructed further to the south. That would then free up space at the corner of Parmenter Street and Donna Drive for a bank, which would be across the street from the Culver’s restaurant.

Eight or nine other phases of redevelopment would follow. Under the current concept, seven multi-family apartment buildings would be constructed to the west between Parmenter Street and the Beltline along with a mixed-use building with housing and commercial space along Parmenter Street but just to the south of the Bruce Company’s planned retail center and headquarters.

The plan also shows space for an office building or hotel on land adjacent to the Beltline along with the proposed park, which includes frontage along the creek.

The retail center would be about the same size as the existing facility, which has been remodeled and expanded at least six times over the years, but would have a better layout and allow for a better presentation of products and displays of water features and landscaping models. However, if the project can’t break ground by the this fall, Seth Nicholson said the project would be delayed until fall 2022. The store and greenhouse draws 50,000 customers a year, with 70% of that traffic coming in the spring and early summer. Disruptions need to be kept to a minimum.

“If that’s jeopardized, then we have to look at an alternative plan,” Nicholson said as he walked the floor of the retail center, where seeds are already in stock. “How do we grow with the city and how do we grow this development. We want this space to enhance the experience of the destination that really gets people to come here.”

My favorite stories from 2020 include a trip on the Lower Wisconsin River, one of the most spectacular waterways in the country. There was a visit to a monastery in rural Sauk County where the nuns live a life of prayer and bake communion bread while in March we took a family trip to Spring Training in Arizona just prior to the country shutting own. On Memorial Day weekend, I saw first hand the impact of the pandemic on our state's tourism industry with a bleak visit to Wisconsin Dells. Witnessing history is one of the benefits of being a journalist and a November day on Capitol Square found me in the midst of a celebration as Joe Biden was declared the winner of the presidential election. There were so many stories to choose from and others were equally worthy but this is what I'm going with for 2020.

The Lower Wisconsin State Riverway is a 92 mile stretch of water that runs unimpeded from the dam in Prairie du Sac to the Mississippi River. …

It was a stark scene in Wisconsin Dells over the Memorial Day weekend as few people visited the popular tourist destination amid the pandemic.…

A family trip to spring training in Arizona came just in time as the shutdowns amid the pandemic began shortly after we returned to Wisconsin.…

Follow along as Phil Hands shows you how he draws a cartoon about Winter in Wisconsin.

Lake Michigan is warmer – and here are the impacts

Lake Michigan is warmer – and here are the impacts

Police say multiple agencies are on scene of school shooting

Police say multiple agencies are on scene of school shooting 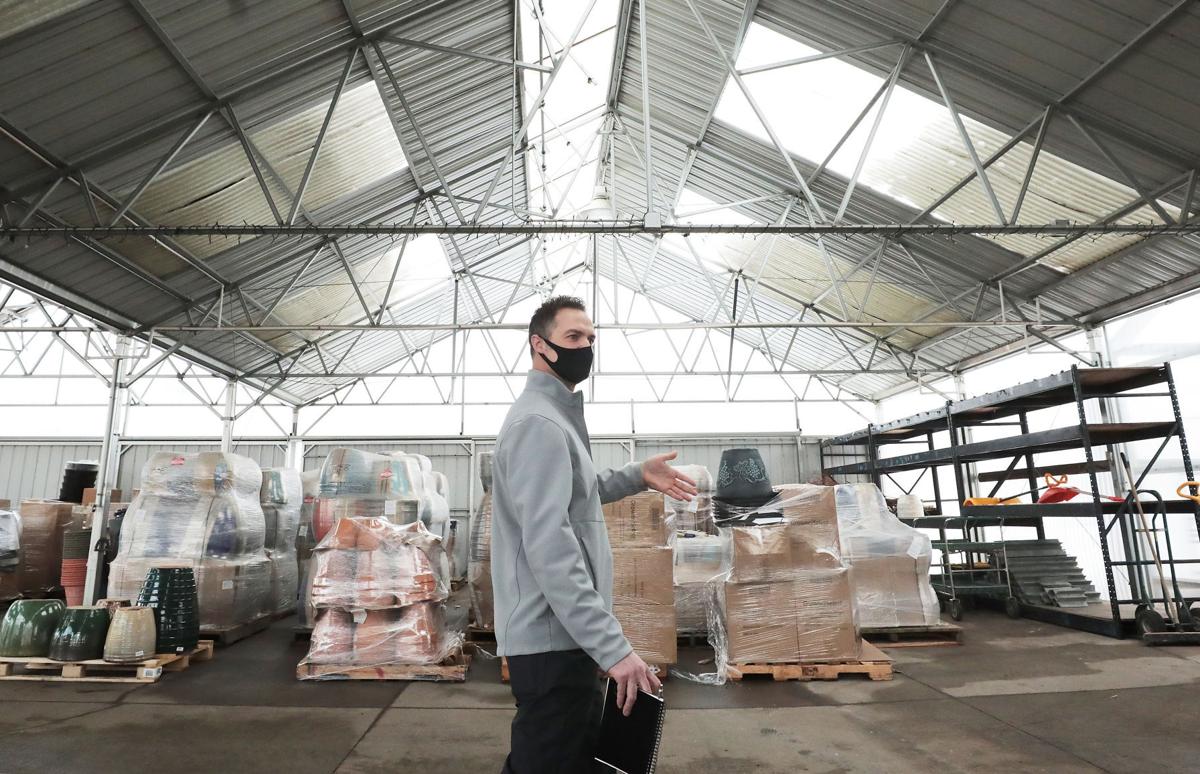 Seth Nicholson, president of the Bruce Company in Middleton, walks toward one of the greenhouses on the 16-acre property slated for redevelopment. 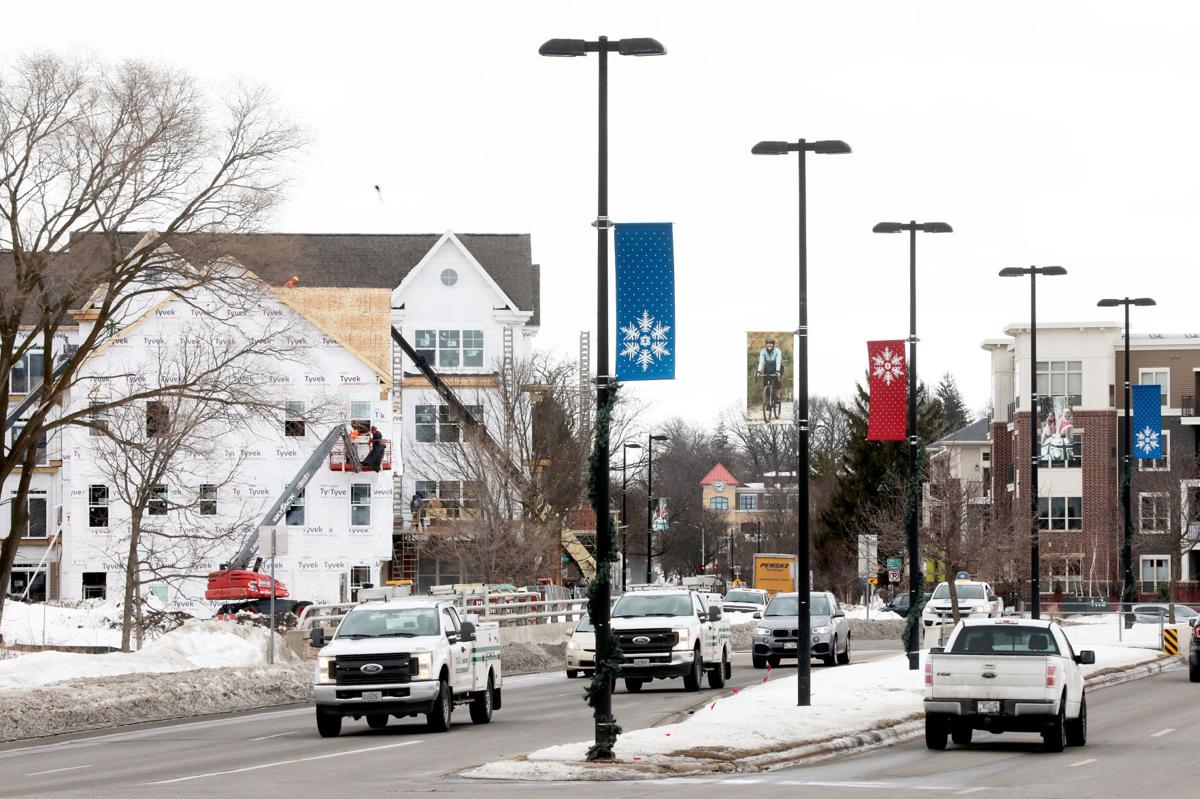 The redevelopment of Parmenter Street has taken large leaps in recent years since it was converted in the early 2000s from Highway 12 to a city street. Several apartment and commercial buildings have been built or are under construction. 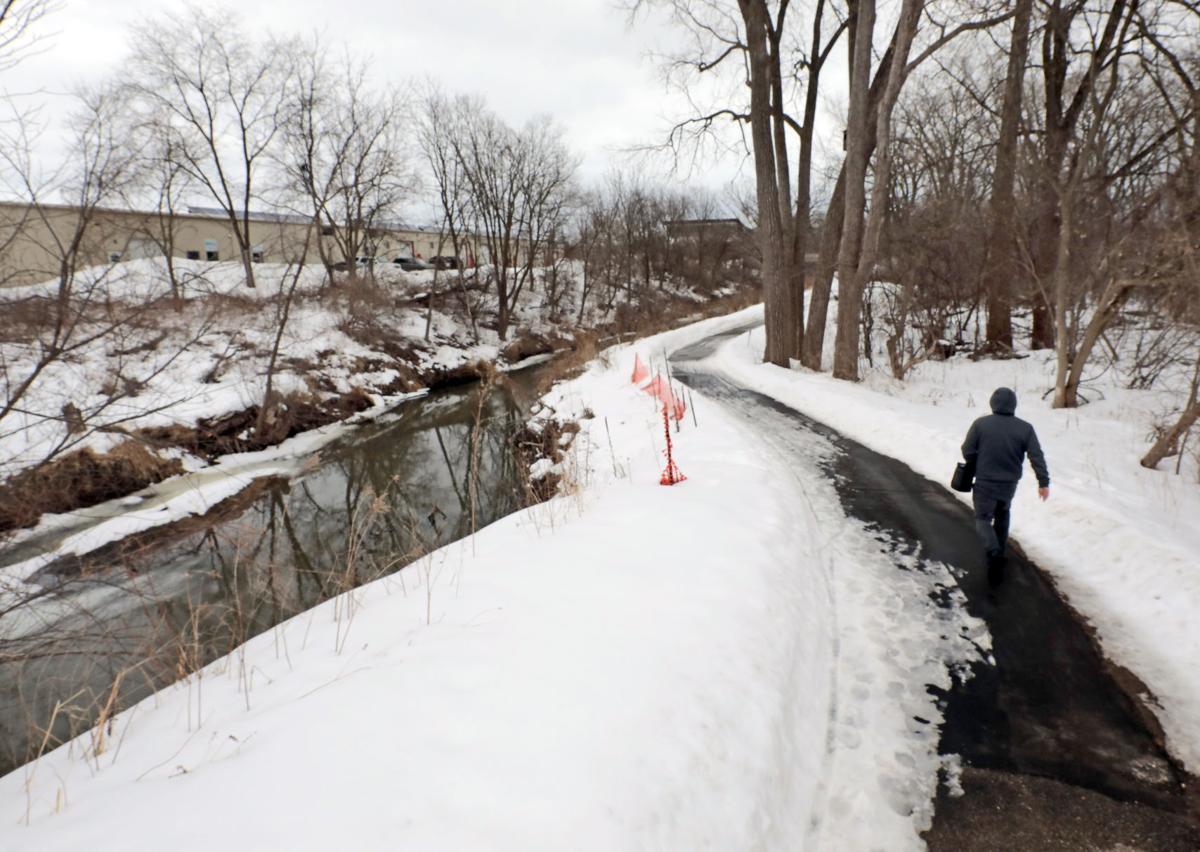 A bike and walking path runs along the south side of Pheasant Branch Creek in Middleton, but the north side of the creek is a tangle of brush and trees, and inaccessible. A plan by the Bruce Company would create a park along the creek's north side. 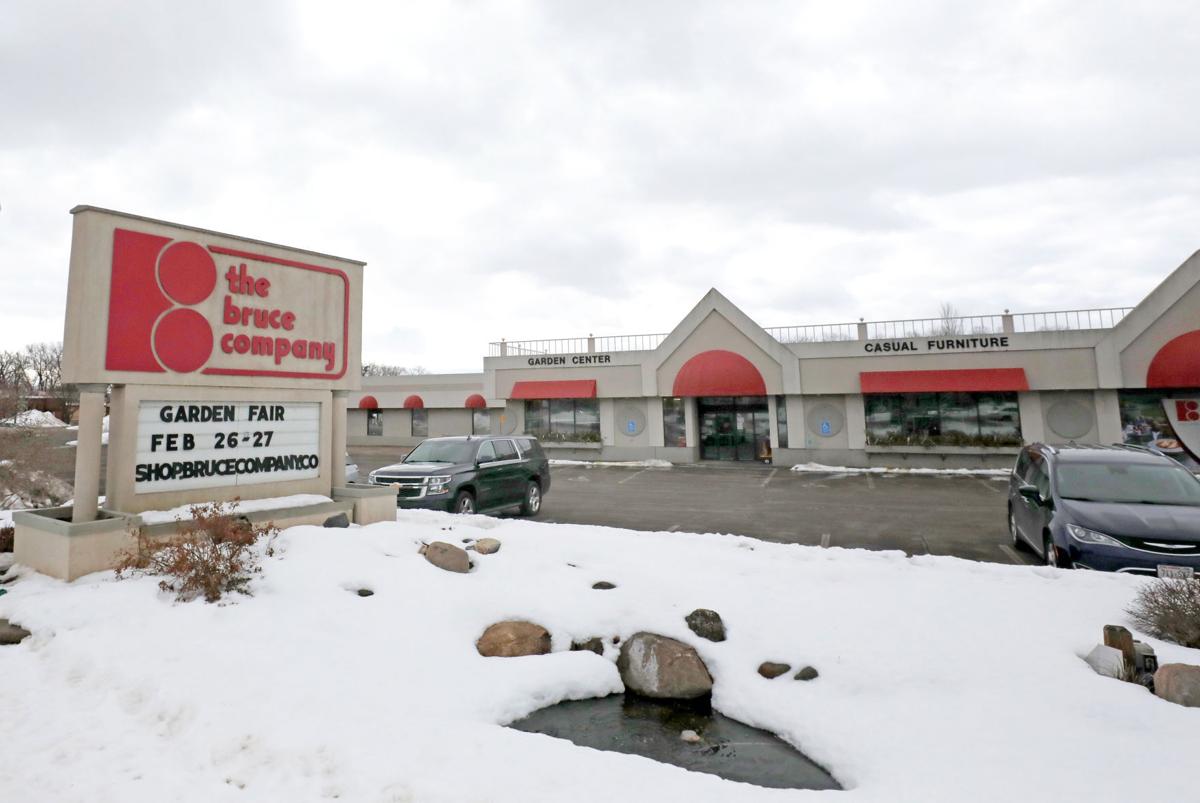 The Bruce Company's retail store and headquarters has been remodeled and expanded multiple times since the 1950s. Under a proposed plan, a new store, greenhouse and headquarters would be built to the south to make room for the construction of a bank across the street from Culver's. 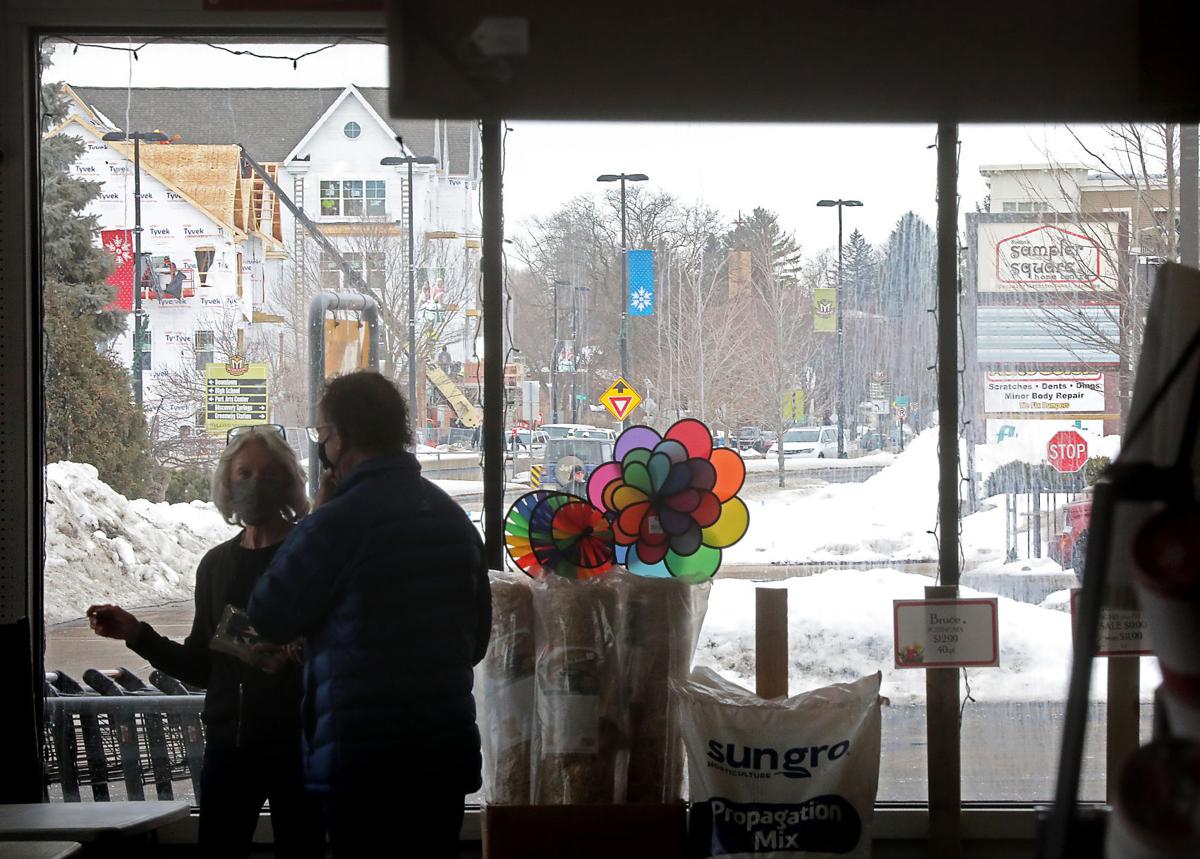 An apartment building is under construction along Parmenter Street in Middleton and can been through a window at the Bruce Company. 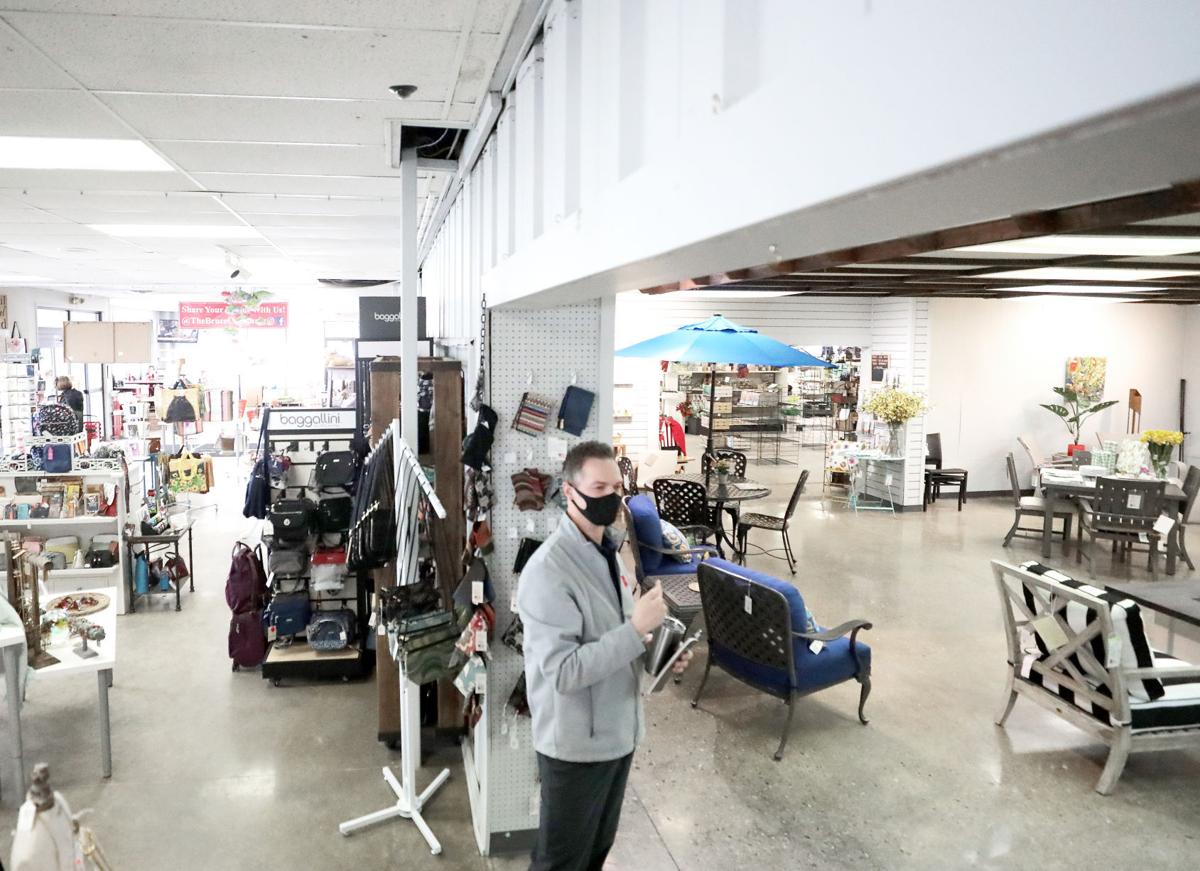 Seth Nicholson, president of the Bruce Company, stands beneath the former exterior facade of the retail store that opened in the 1950s along what was then Highway 12.