After Tobias Zutz raised $900,000 for Gregor Diagnostics, his Madison startup developing a new test for prostate cancer, he didn’t want to spend a big chunk of the money on lab equipment right away.

He moved into Forward Biolabs, a biotech incubator at University Research Park on Madison’s West Side. At the nearly 10,000-square-foot facility, where users pay rent month to month, Zutz and his four employees share microscopes, biosafety hoods, plate readers, pipettes and office space with 10 other small companies.

Another advantage of the incubator is a lack of isolation: “We’re not on this small island with just the five of us,” he said. “We get to interact with other people. It feels more like a community.”

“The whole purpose is to minimize the hurdles to starting a biotech company in Wisconsin,” Eckerly said.

The state’s biohealth industry includes about 1,900 companies and more than 100,000 jobs, according to BioForward, a statewide group that promotes the sector. But startup costs are often greater for biotech companies than for other types of ventures, making it harder to translate ideas into enterprises, Eckerly said.

Forward Biolabs and BioFoward, along with UW-Madison’s Forward Bio Institute, are part of the Forward Bio Initiative, launched in 2018 to boost training, technology development and commercialization in biotech.

“We have all of the infrastructure,” Eckerly said. “It’s essentially rent-a-bench in a turnkey lab.”

The facility has 24 lab benches after an expansion doubled the lab space last fall. Eckerly declined to provide the monthly rental fees.

Empirico Inc., which started in San Diego in 2017 but has its labs in Madison, was one of the first occupants at Forward Biolabs. The company is mining data from large sets of human genetic and patient data — through initiatives such as the National Institutes of Health’s “All of Us” program — to identify new drug targets. One area of interest is new ways to lower cholesterol.

A chief reason the company located at Forward Biolabs is that it likely would have taken six months or more to build its own lab, said Dave Lewis, head of therapeutic development, who along with Dave Rozema, another Empirico leader, were previously in Madison.

“Six months is a lifetime in biotech,” Lewis said. At Forward Biolabs, “it was kind of like ‘instant lab.’ We could go in there, start our experiments and hire some people without having to build out a lab.”

Vascugen Inc., a stem cell spinoff from research at Indiana University, has its lab in Madison because the city is home to cell manufacturing companies such as Fujifilm Cellular Dynamics, said Carter Cliff, co-founder of Vascugen and former director of business development at Cellular Dynamics.

One reason Vascugen set up at Forward Biolabs is the flexibility of being able to move out whenever it made sense, Cliff said. “You can scale your efforts without having to commit to a long lease,” he said.

The company is in the process of “graduating” from Forward Biolabs to a larger space at University Research Park. It is using induced pluripotent stem cells to develop cell therapies to repair damaged or diseased blood vessels.

Gregor Diagnostics also might outgrow Forward Biolabs soon and hopes to find other space at the research park, Zutz said. The company aims to develop a home test kit for prostate cancer, using semen instead of the blood used in today’s PSA test. Zutz previously worked at Madison-based Exact Sciences, maker of Cologuard, a home test kit for colorectal cancer.

Empirico, too, is eyeing a separate, larger space at the research park. After starting with two lab benches at Forward Biolabs, the company now rents five benches and six office cubicles.

Lewis, who said coastal biotech hubs such as Boston, San Diego and San Francisco have had biotech business incubators for many years, is glad Madison finally has one. He’s been involved in Madison biotech companies since 2000.

“Ever since then, all I’ve heard is, ‘Why doesn’t Madison have a (biotech) incubator?’” Lewis said. Now that it does, “this is really going to help accelerate the biotech startup environment.”

“I felt helpless,” Amy Brooks said of her unexpected $41,000 medical bill. “I would have possibly had to file for bankruptcy.”

A $10 million, five-year effort at UW-Madison to curb obesity in Wisconsin met a stark reality: The state’s obesity rate, which is slightly higher than the national average, continued to go up.

Ever wonder why your cat sleeps at your feet? 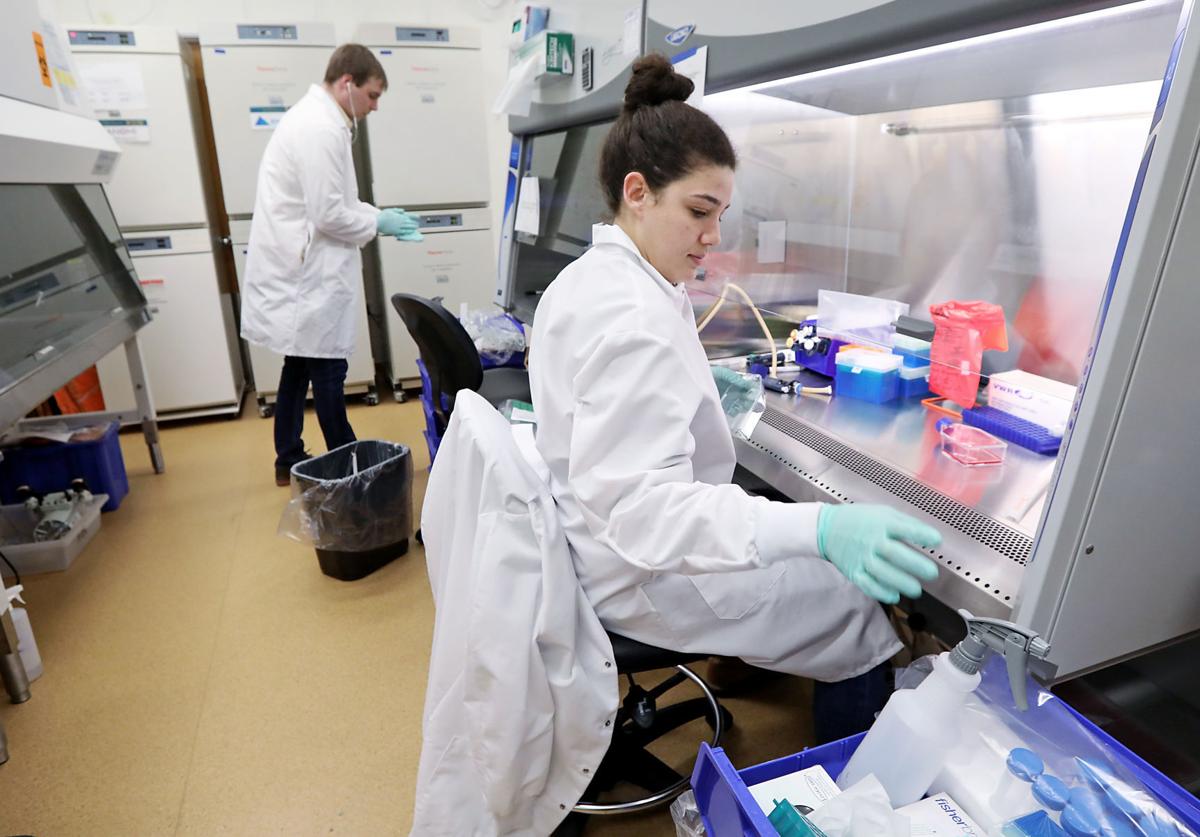 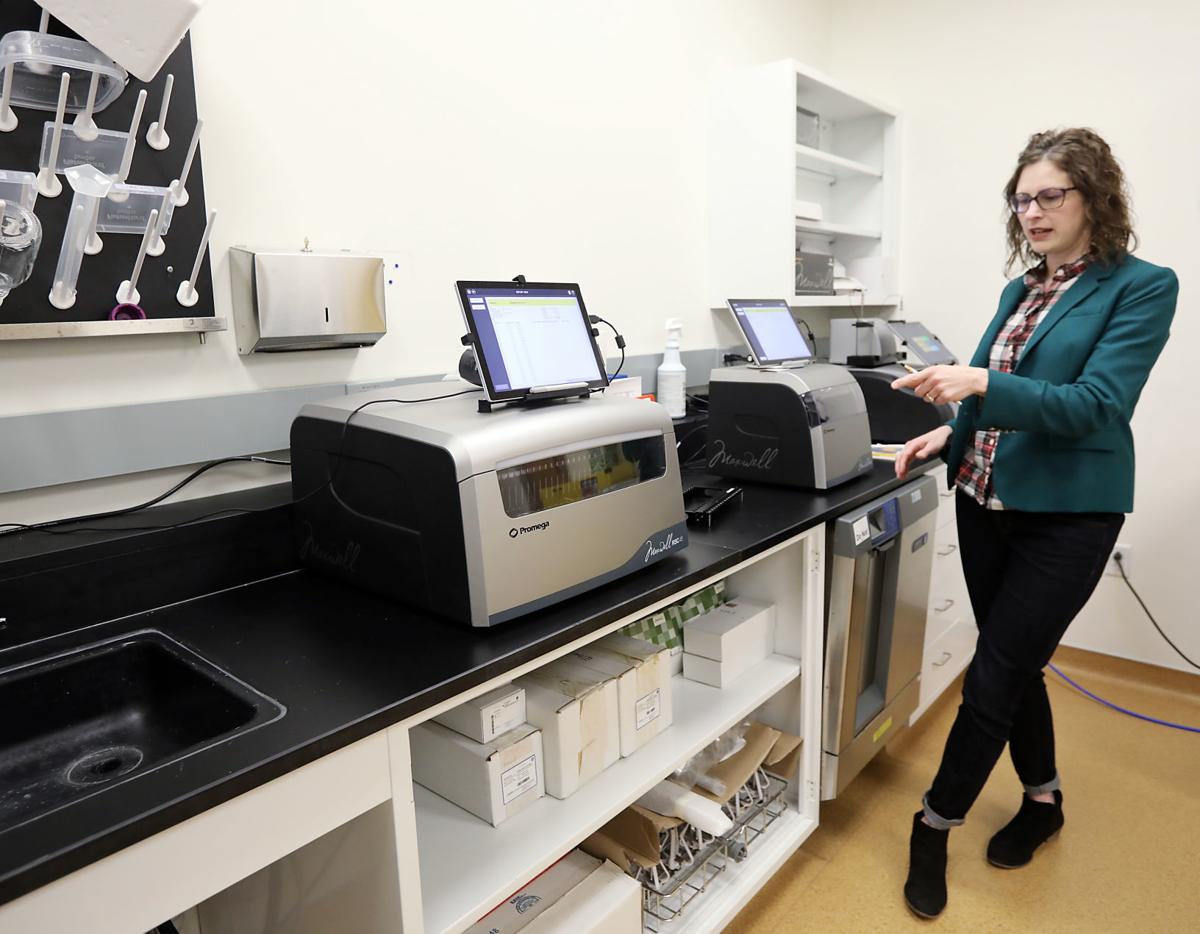 Jessica Martin Eckerly, CEO of Forward Biolabs, said the facility's shared equipment can save biotech companies a lot of money while they're getting started. 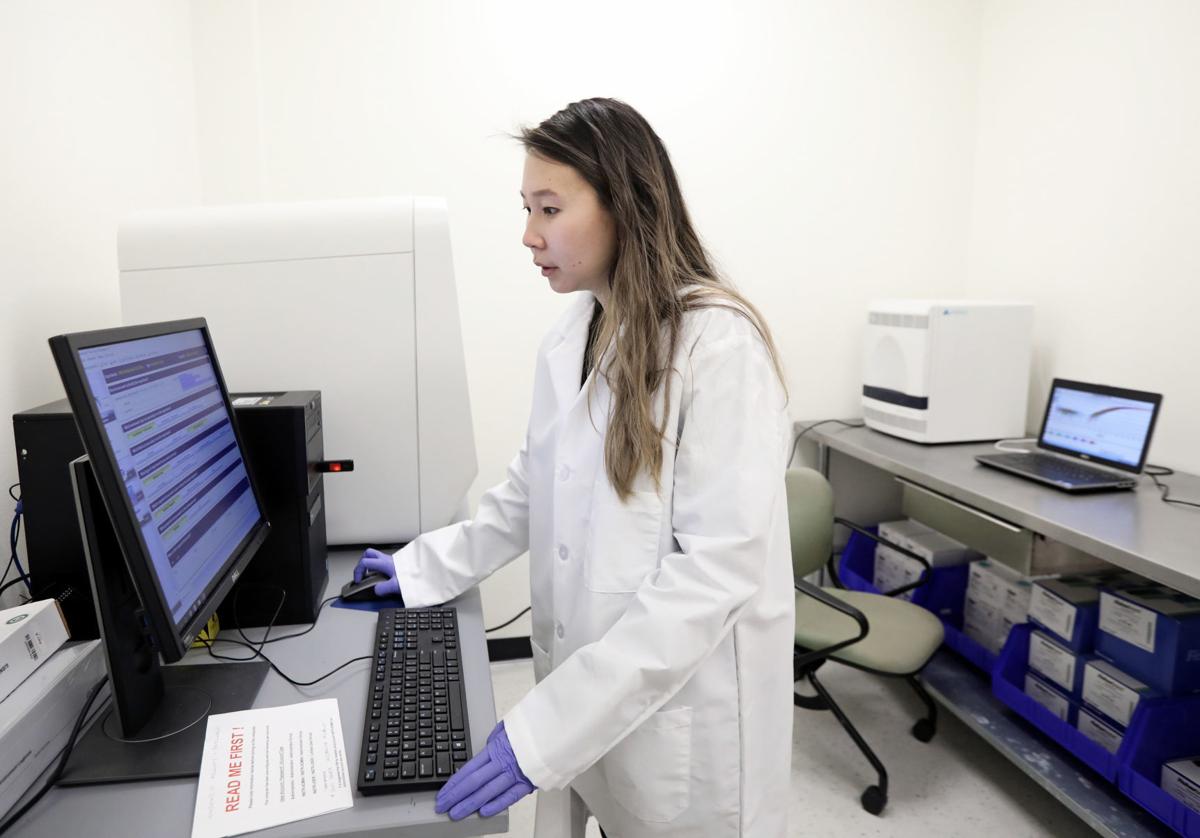 Sisi Li, research scientist with Gregor Diagnostics, prepares to test seminal fluid samples for biomarkers using a PCR, or polymerase chain reaction, machine. Gregor, based at Forward Biolabs, is working on a home test kit to screen for prostate cancer. 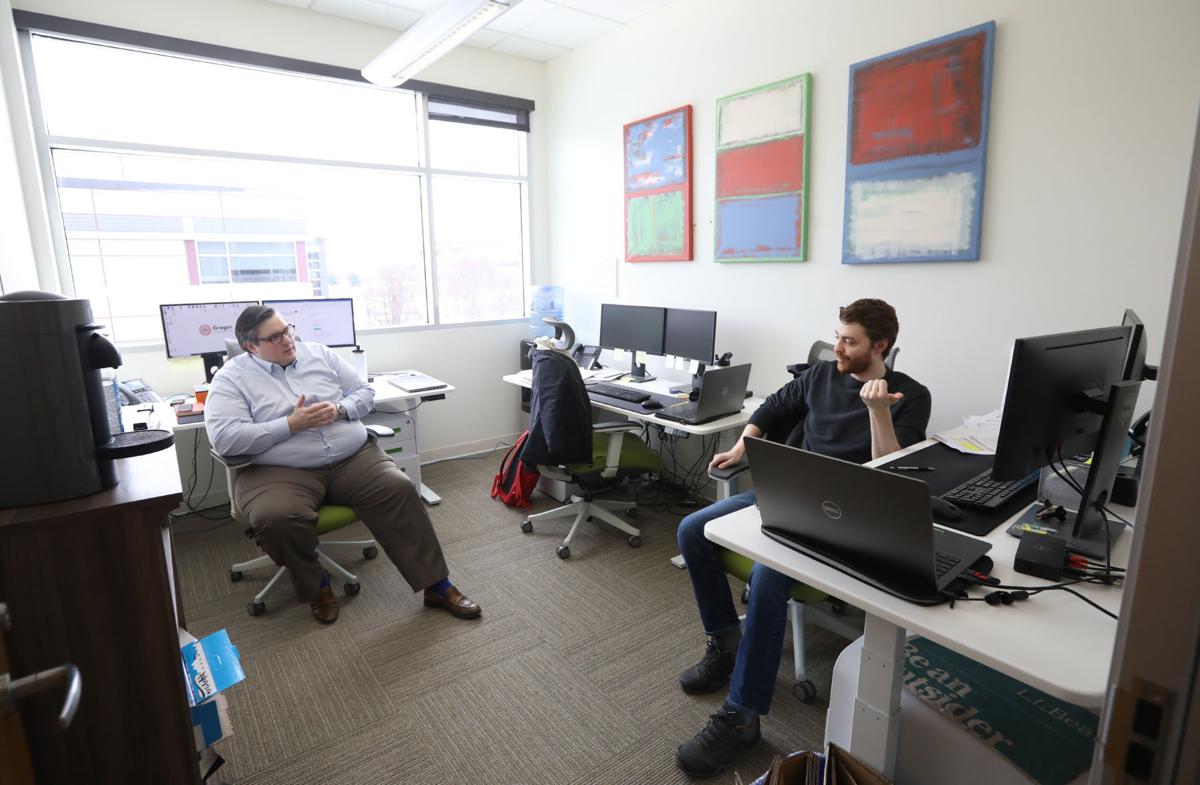 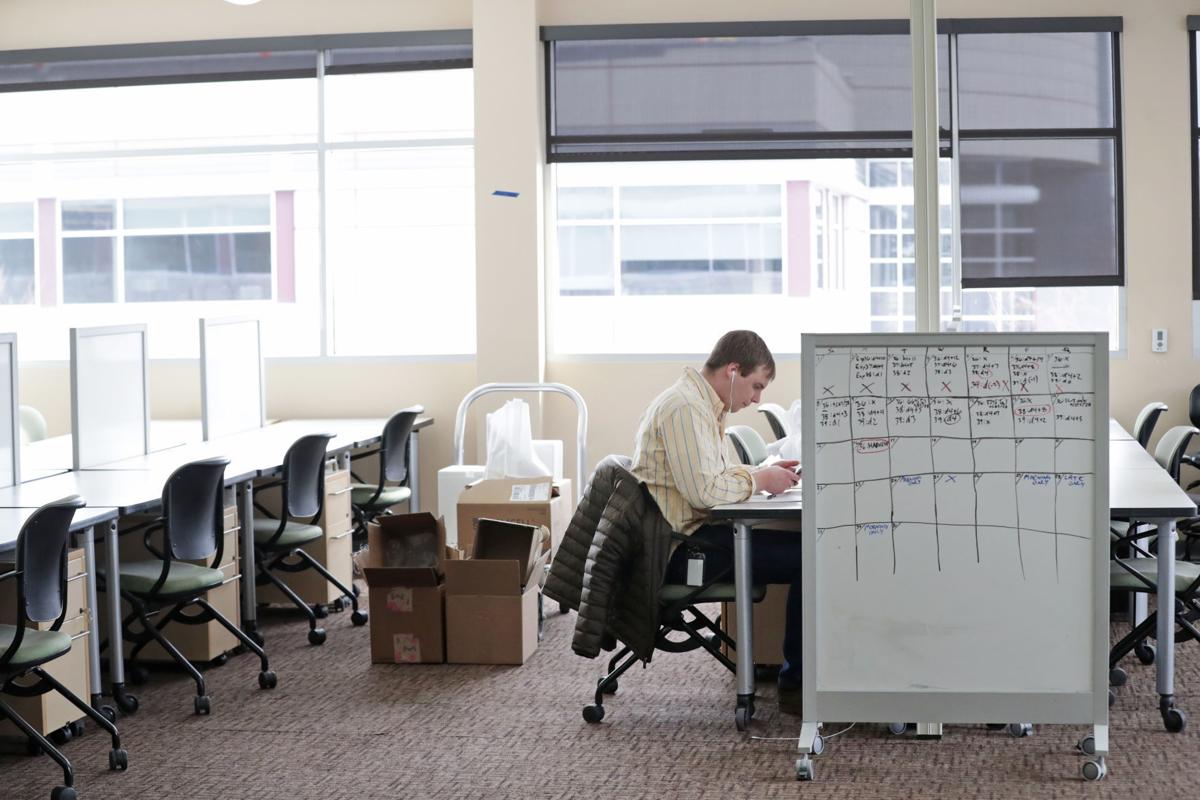