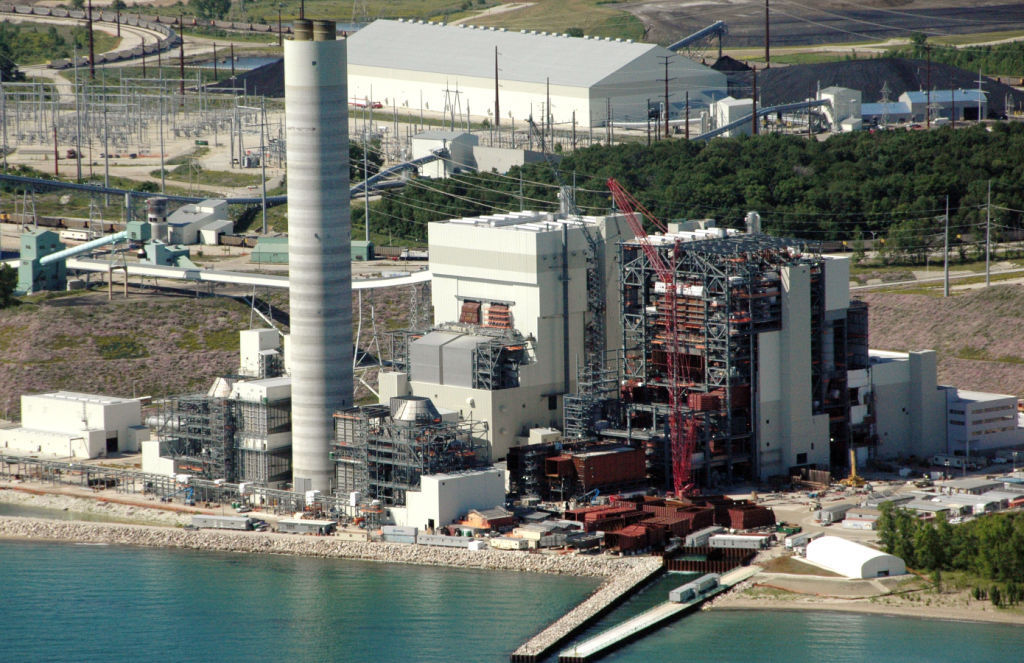 The 1,230-megawatt, coal-fired Oak Creek power plant completed by We Energies, Milwaukee, in 2011 is one reason Wisconsin has the highest average electricity rates in the Midwest, some big electric users say. Madison Gas & Electric owns 8 percent of the power from the plant. 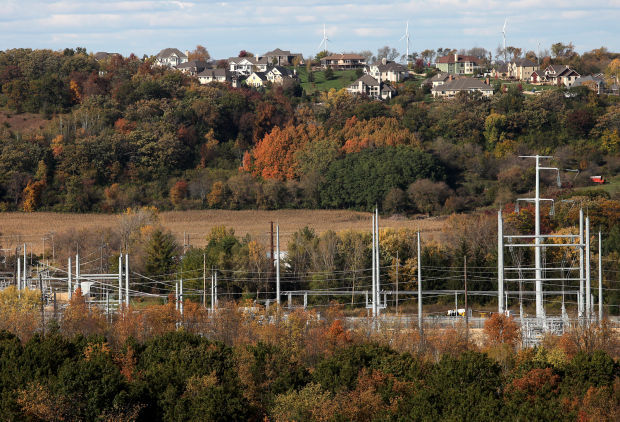 Average electric rates are high in Wisconsin, the PSC's Strategic Energy Assessment 2022 says. Shown above is a key electrical substation in the town of Middleton.

High electric rates in Wisconsin could spark some of the state’s big manufacturers to move or expand elsewhere, the Wisconsin Public Service Commission is being warned.

Consumers should be able to choose their power provider rather than being restricted to the current utility monopolies, the state regulatory panel was told, in a request to revive the long-dormant issue of electric choice in Wisconsin.

The comments are among 30 submitted in response to the Strategic Energy Assessment 2022 (SEA), a 70-page report projecting Wisconsin’s energy needs and expectations over the next six years, approved by the PSC in late July.

Charter Steel, in written comments to the PSC, said other than scrap metal, whose price changes can be passed along to customers, electricity is its highest expense, “exceeding labor costs” at its Saukville steel melting operations where 700 people are employed.

“Because a commodity business like steel is extremely competitive, it is vital that Charter Steel’s key input costs be competitive. This is no longer the case for electricity,” Charter said.

The Wisconsin Industrial Energy Group, representing more than 30 of the state’s largest companies, and the Wisconsin Paper Council submitted a joint, 18-page statement contending that electricity is not available to industries “at reasonable prices” in Wisconsin compared to other states.

“It is particularly troubling to note in a state whose economy is built on manufacturing that in 2015, not only did Wisconsin have the highest average industrial rate when compared to surrounding states, the Midwest and U.S. averages respectively, but the growth rate from 2001 to 2015 was the highest as well,” the groups said.

“This trend is of grave concern and results in more industrial load being at risk of expanding or relocating in states with greater market access and/or much lower rates,” the statement said.

Charter Steel could be one of those businesses planning to grow outside the state.

Bob Venable, president and chief operating officer of Charter Manufacturing, Charter Steel’s parent company, said We Energies, the Milwaukee utility company that provides power to the Saukville steel mill, charges 25 percent more than the average regional and national industrial rates. “And the difference is significantly larger when compared with our rates in Illinois and Ohio,” where Charter also has operations, he said.

“We are not considering moving — we have a very large investment in our Wisconsin operations and are committed to Wisconsin. That said, the non-competitive cost of electricity in the We Energies’ service territory is a key reason we are looking to expand outside of Wisconsin for future growth projects,” Venable said, in an email exchange with the State Journal.

In its comments to the PSC, Charter said most of the blame for We Energies’ high rates was its “massive level of excess electric generating capacity” created when it added two units to the coal-fired Oak Creek power plant in 2010 and 2011, adding 1,230 megawatts of power, as the main element of its Power the Future plan.

We Energies spokesman Brian Manthey said many industries supported Power the Future because it made the state’s electric grid more reliable.

“As you’ll recall, the risk of blackouts because of power deficiencies was all too real for all of our customers a number of years ago. In response, we launched Power the Future to make sure we could keep businesses open and the lights on,” Manthey said.

Manthey said We Energies has worked closely with its industrial customers to help lower their energy costs. That includes getting PSC approval for large companies to pay wholesale market prices for power tied to factory and production expansions.

Manthey said We Energies has been ahead in adding pollution controls to its coal-fired power plants, an expense that other states will soon have to bear.

The Wisconsin Industrial Energy Group and the Wisconsin Paper Council point the finger at high transmission costs from MISO and ATC. MISO, the Midcontinent Independent System Operator, governs the movement of electricity across parts of 15 states and the Canadian province of Manitoba while ATC, American Transmission Co., operates transmission lines in much of Wisconsin and parts of Illinois, Minnesota and Michigan.

Two other interest groups from outside Wisconsin called on the PSC to start a thorough investigation into the possibility of opening the state’s electricity market to retail choice.

“Competitive electricity retail choice is operating fully and well” in 13 states and the District of Columbia, “accounting for one-third of all electricity consumption in the United States,” said the Illinois Energy Professionals Association, in its written comments to the PSC.

In approving the Strategic Energy Assessment, the three-member PSC did not comment on the prospect of reopening a discussion of electric deregulation. The issue has not come to the forefront here for years. The PSC opened a docket on deregulation in 1994 and closed it in 2000.

Opponents still say it would not lower the cost of power in Wisconsin.

“The PSC has addressed deregulation in the past and found it wasn’t right for Wisconsin then, and it isn’t right for Wisconsin now,” said Franklin, chair of the Customers First! Coalition, formed in the 1990s to fight the issue. The organization represents Madison Gas & Electric, municipal utilities, small business, environmental and low-income groups.

Alliant Energy Corp., Madison, says its rates are similar to those in Illinois, below the Wisconsin average.

Wisconsin and much of the Midwest already have price competition at the wholesale level, said Alliant spokeswoman Annemarie Newman. She said price is the main factor MISO considers when it decides which power supplies to tap first.

“That is the appropriate place to harness the forces of competition,” Newman said.

Electric competition is “a really tough issue,” said Tyler Huebner, executive director of RENEW Wisconsin, a Madison renewable power advocacy group. He said “from a practical perspective,” he doesn’t see the need to revisit the issue.

Huebner said the problem with retail choice is that if some customers choose to switch away from a Wisconsin utility company, the remaining customers will face higher charges. “It’s likely that the cost the utility has incurred won’t change. So they’re going to spread those costs over fewer customers,” he said.

If deregulation were to be suggested by the PSC, it would require approval from the state Legislature, PSC spokeswoman Elise Nelson said.

“The pros and cons of retail choice are speculative at best given the unique nature of each state’s utilities, customers, load, etc. A number of states have suspended or rescinded so-called ‘retail choice’ and moved back to the traditional regulatory model,” Nelson said.

The PSC conducts a Strategic Energy Assessment every two years.

The most recent report says the state should have enough power supply to meet its needs, with 14.2 percent to 17.5 percent more generation than the projected peak electricity demand, through 2022.

But monthly electric bills here are lower than most other Midwest states.

The State Public Service Commission is releasing a draft version of the biennial Strategic Energy Assessment, forecasting electricity needs through 2020.

The Madison utility company says it's the first time electric rates will go up since 2010.

The 1,230-megawatt, coal-fired Oak Creek power plant completed by We Energies, Milwaukee, in 2011 is one reason Wisconsin has the highest average electricity rates in the Midwest, some big electric users say. Madison Gas & Electric owns 8 percent of the power from the plant.

Average electric rates are high in Wisconsin, the PSC's Strategic Energy Assessment 2022 says. Shown above is a key electrical substation in the town of Middleton.