Battle lines are widening as the prospective paths narrow for a proposed high-powered transmission line through southwestern Wisconsin.

Developers of the planned Cardinal-Hickory Creek transmission line from the Madison area to Iowa have shrunk the two corridors under consideration. Previously mile-wide swaths, the paths have been pared to 300 feet across and are being identified as "preliminary" routes, up for government analysis.

American Transmission Co., of Pewaukee; ITC Midwest, of Cedar Rapids, Iowa; and Dairyland Power Cooperative, of La Crosse, want to build the 345-kilovolt transmission line from the Cardinal electrical substation in the town of Middleton to the Hickory Creek substation near Dubuque.

It would run about 125 miles and would cost an estimated $500 million. The three utilities hope to have the line in service in 2023.

The two preliminary routes traverse Dane, Iowa and Grant counties; one of them also cuts through Lafayette County. The southern path runs along Highway 18-151 and existing transmission lines. The northern route aims straight west, about halfway between Highway 18-151 and Highway 14, before turning southwest near Highland.

"The majority of the preliminary routes follows either a transmission line or a highway ... except the northern route, from Cross Plains to past Highway T in Iowa County," said ATC spokeswoman Kaya Freiman.

Though the routes have been trimmed, a couple of options have been added back in at the request of the U.S. Department of Agriculture's Rural Utilities Service -- one of the government agencies that will decide the project's fate. The additional options, both on the southern route, are just east of Mount Horeb and near Livingston.

The three utility companies proposing Cardinal-Hickory Creek contend the extra wires will bolster the electric grid's reliability, offer access to lower-cost power and increase the number of connections to the region's wind farms.

Local residents say the new transmission line would spoil the rural beauty they cherish and endanger sensitive nature areas. They say the line is not needed. A growing number of communities are raising questions as well.

"This is a very rich area" with endangered birds and animals as well as unique natural resources that are not federally protected, said David Clutter, executive director of the Driftless Area Land Conservancy, based in Dodgeville. Those include petroglyphs -- rock carvings dating back at least 2,000 years -- that could be damaged if vibrations from construction machines erode the soft sandstone, he said.

Some groups look favorably on the project, though, as a way to boost the use of wind-generated power, much of it in Iowa, Minnesota and North Dakota.

The Cardinal-Hickory Creek line is a continuation of the 345-kilovolt Badger Coulee transmission line between the La Crosse area and the Madison area, said Chris Kunkle, regional policy manager for Wind on the Wires, a St. Paul-based organization that promotes renewable energy. The 180-mile, $580 million Badger Coulee line is currently under construction.

"These projects are vital to ensuring we can transition our energy system to cleaner energy," Kunkle said.

Developers sent letters to property owners who may be affected by Cardinal-Hickory Creek's preliminary routes and environmental surveyors began combing the corridor in mid-May, collecting data on wetlands, waterways and wildlife.

Opponents, meanwhile, are digging in, especially against the northern route. They say they don't want high-voltage power lines and towers as tall as 100 to 150 feet sprouting up in Wisconsin's Driftless area, where the natural landscape was not bulldozed by glaciers.

The Driftless Area is a "unique eco-region and special scenic landscape," a 37-page statement submitted to regulators by the Driftless Area Land Conservancy says. It includes world-class trout-fishing streams and serves as "a rest stop for more than half of North America's migratory bird species," the organization says.

If a transmission line were built across the area, rare, threatened and endangered species could be at risk, such as Henslow's sparrow; the loggerhead shrike; the rusty patched bumble bee; Blanchard's cricket frog; and Blanding's turtle, the Driftless Area Land Conservancy claims. The group says cutting a swath through conservation areas could make rare birds more vulnerable to attacks by owls and raptors, and encourage populations of skunks and raccoons that hang around the edges of wooded areas.

For Dan and Lisa Orman, the value of their home in rural Black Earth is at stake, Lisa said. The Ormans' 25-acre property is no longer in the line's proposed path -- at least, at this point. But that hasn't helped them sell their home so they can move closer to ailing parents.

"We have had, maybe, five showings since June of last year and all five of them gave great feedback on the house ... But they won't write an offer because of the pending project," said Lisa Orman. a member of the Vermont Citizens Powerline Action Committee. "Our realtors told us it would have an impact on the ability to sell our house, and that we're likely to take a 40 percent to 50 percent hit."

Local communities have held public meetings over the past eight months or so to discuss the project. More than 110 towns, villages and counties -- including Dane County -- have passed resolutions asking for a complete cost-benefit analysis comparing the big transmission line to alternatives such as boosting smaller power lines or using renewable energy sources. The Iowa County Board approved a resolution opposing the Cardinal-Hickory Creek project.

The proposed transmission line is one of 17 recommended as multi-value projects by the Midcontinent Independent System Operator (MISO), the Indiana-based regional transmission authority, in 2011. The projects are aimed at meeting regional electricity needs, providing economic benefits, and hooking into renewable resources across the 15 states and Canadian province of Manitoba within MISO's jurisdiction.

The Driftless Area Land Conservancy says, though, MISO's analysis is outdated. More recently, electric demand has flattened or declined, the group says. It says MISO's list considered the region's needs as a whole, not the need for the specific Cardinal-Hickory Creek line.

Meanwhile, Alliant Energy, of Madison, is building a 700-megawatt natural gas-fired power plant and a two-megawatt solar field in Beloit, and at least two wind farms are being developed in the state, so a transmission line bringing in more power is not needed, the organization says.

"The world has changed since MISO began this," said Howard Learner, executive director of the Environmental Law & Policy Center, with offices in Chicago and Madison, serving as attorney for the Driftless Area organization. "It's sort of like saying it's important to build more telephone wires and poles to serve the additional landlines that people in Middleton and Cross Plains are going to use, and then all of a sudden, cell phones came in."

Learner, who has a home near Spring Green, said upgrades to local power lines would be more appropriate than a huge transmission line that will carry electricity produced by fossil fuel and nuclear plants, as well as wind power.

"This is not the right place ... unless it's absolutely needed to keep the lights on, and this line is not needed for that purpose," Learner said.

Kunkle, of Wind on the Wires, whose members include renewable power developers and environmental nonprofits, said while the Cardinal-Hickory Creek line would not be limited to wind-generated electricity, it would open the door for more wind power on the electric grid.

"There are wind farms that have to shut down generators because they are short on transmission capability," he said. "All of the wind plants ... are hinging on this line."

Madison-based RENEW Wisconsin has not taken a formal stand on the project but executive director Tyler Huebner said the lines recommended by MISO are an important investment.

The federal agency is involved, in addition to state utilities regulators in Wisconsin and Iowa, because Dairyland Power is requesting financing from the Rural Utilities Service for its portion of the project, Rankin said.

The Cardinal-Hickory Creek application is expected to be submitted to Wisconsin's Public Service Commission in 2018 and to the Iowa Utilities Board in 2019, Freiman said.

If approved, costs would be spread across MISO's territory. She said Wisconsin utility customers would pick up 10 percent to 15 percent of the tab.

Cardinal-Hickory Creek is part of about $4 billion of transmission construction anticipated by ATC through 2025.

The comments came at a public meeting on the project Thursday night in Middleton.

Plans for the high-voltage power line to be operating are now pushed back three years.

Residents of the area that could house the high-voltage line are getting letters from the utility.

The project, which was submitted to the Iowa Utilities Board through its Iowa-based company Interstate Power and Light, could generate up to 500 megawatts of wind energy.

The State Journal's July 23 article, "Possible routes narrow," about a high-powered transmission line between Madison and Iowa was generally w…

Opponents still say the line would harm the environment and is not needed to keep the lights on. 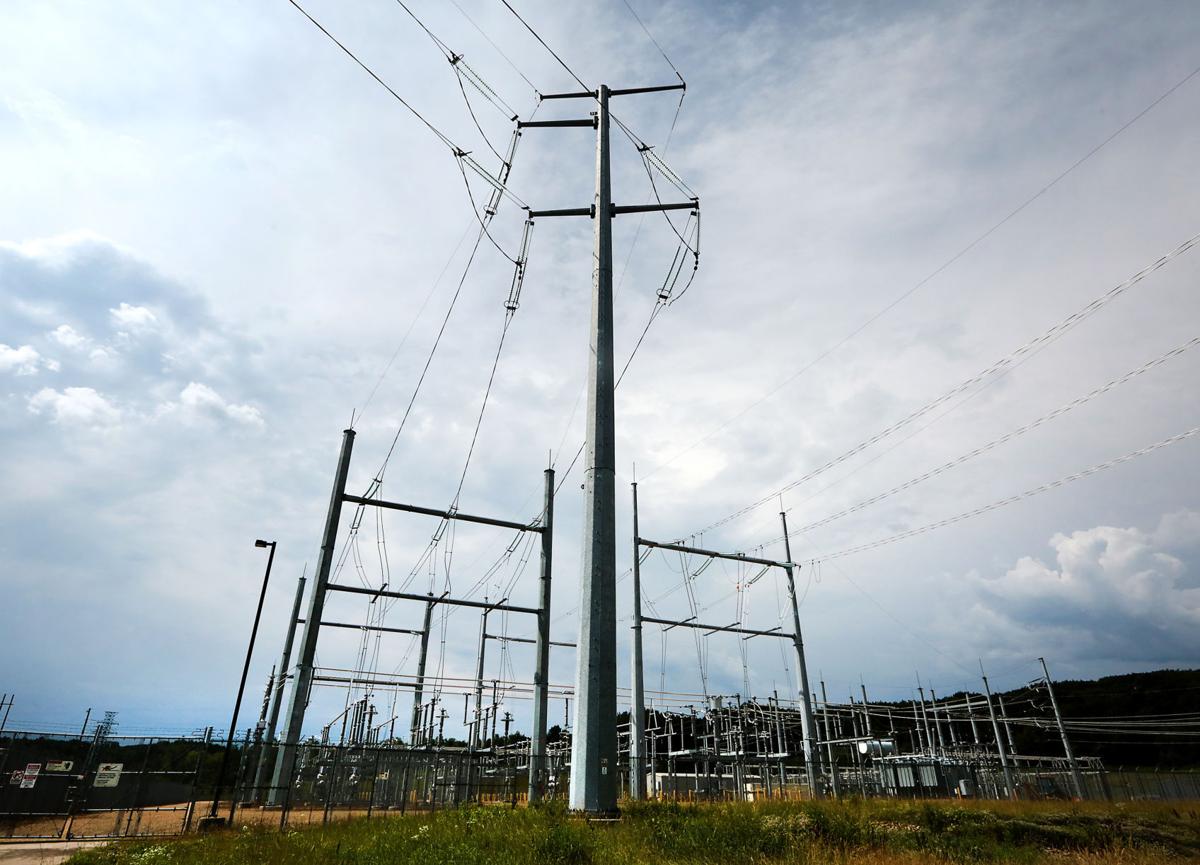 This electrical substation in the town of Middleton will be the point where the proposed Cardinal-Hickory Creek high-voltage transmission line will start, heading west toward Dubuque, Iowa, if the $500 million project is approved by state and federal regulators. 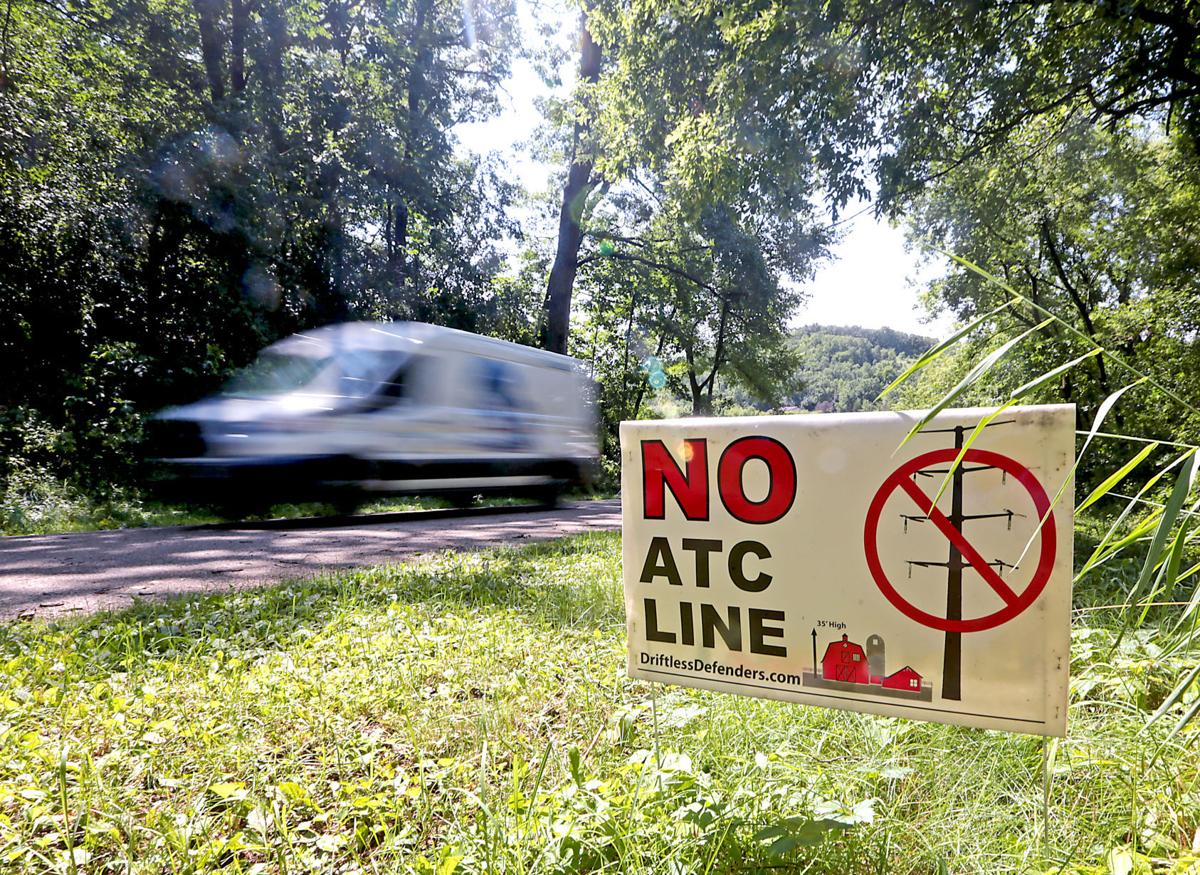 Residents opposed to the proposed Cardinal-Hickory Creek high voltage transmission line make their sentiments known with signs along the proposed route, including this one on Union Valley Road in rural Black Earth.