The U.S. stock markets have been on a winning roll for nearly six years and local investment professionals and educators don’t see the good times coming to an end any time soon.

“We know we’re going to get another bear market at some point,” said David Brown, a professor in the Department of Finance, Investment and Banking at the UW-Madison School of Business. “But it certainly doesn’t look like one’s coming in the near future.”

The Standard & Poor’s 500 index has more than tripled from its March 2009 low and has risen nearly 50 percent over the past two years.

That climb has been based largely on two factors: low interest rates and strong corporate earnings. A third factor, plunging oil prices, helped fuel a rise to record levels for stocks late in 2014.

Those trends are expected to continue, at least into the first few months of 2015, leading to optimism that the markets will continue to thrive.

And despite the rise in the last few years, stock prices still are not out of line in relation to earnings, which also have been rising.

“Without over-complicating it, at a time when interest rates are low and are expected to remain low for the foreseeable future, one would expect stocks to trade at a higher than average price-to-earnings ratio than we’ve historically seen,” said Brian Hellmer, director the Hawk Center for Applied Security Analysis at UW-Madison. “That’s not the case right now. We’re kind of in line with normal, rather than reflective of lower interest rates.”

Tracey Anton, vice president of Googins & Anton Investment Advisors in Middleton, has a similar take on things and notes that since 2000 the average rate of return is a modest 5 percent.

“The market really isn’t overpriced over the long run,” Anton said. “It’s not cheap like it was in 2013, but it’s not overpriced. We’re basing that on earnings, and earnings are coming in really strong for companies.”

Ray Unger, chairman of Forward Investment Advisors in Madison, thinks there’s still plenty of money to be made in the market. But he’s also a little uncomfortable when it comes to prognosticating continued growth.

“The first thing I would say is beware of forecasters,” he said. “They often use the straight edge to look at the past trend and then extend it into the future. That doesn’t work.”

But those predicting a downturn these days are about as rare as those who foresaw soaring markets in early 2009.

“They would’ve put them in the loony bin,” Unger said. “And yet, here we are.

“The stock market lives on expectations. When you’re in a recession and then things stabilize, you’re looking forward to a recovery and that’s what gives you hope. Then when things get so good like they are now, people will start to wonder if this is going to end up in another bubble.”

So what could threaten the current joy ride?

“The two biggest hurdles we have for 2015 are the prices of the two largest used commodities in the world: money and oil,” Unger said. “They’re both down in the basement right now. In the future, maybe the near future, they’re going to go up in price and the market has not discounted that. I’m afraid there will be some pain in the market when those two things get realized.”

The price of crude oil has dropped from more than $100 a barrel to close to $50 a barrel at year’s end. That has led to sharp decline in gasoline prices. Natural gas prices also have been falling.

That’s all good for consumers and a mixed bag for companies.

Brown said that low oil prices will help keep inflation low, at least through the first half of the year. While drivers are already saving at the pump, airlines have fuel contracts several months out and, thus, have yet to fully realize those savings that could lead to fare reductions in the months ahead.

“The big story for the economy has been the change in the price of oil, and it’s going to take some time for that to play out,” Brown said.

While plunging oil prices would seem to be problematic for oil companies, Unger isn’t concerned about their future.

“The oil industry always manages to make a profit, one way or another,” Unger said. “Some people are thinking that oil prices will stay down for 10 years, but that could change overnight if Saudi Arabia decides to cut production. If that happens oil will go easily to $75-80 a barrel and I wouldn’t be surprised if it goes back to $100 in another two years. So, I would be buying oil stocks right now.”

Unger also is bullish on the health care and technology sectors.

“Health care has been spectacular,” Unger said. “Obamacare has done wonders for the health care industry. They have been the leaders the last five years, gaining 20 percent a year or more for five years. It’s just unheard of. I don’t know how long that party is going to last, but drugs, medicine and medical devices have all done terrific.”

Anton also likes health care and technology stocks, along with European stocks and those of emerging markets like Brazil, Russia and India.

At the same time, she cautions her clients to expect some volatility along the way.

“Stocks should not go up continuously,” Anton said. “Every year you should expect about a 10 percent correction at some point. We’ve had a few almost-corrections, but we think any will be short term. Anything can make the market nervous and go down, but I still believe stocks are a better value than bonds right now.”

The markets absorbed about a 10 percent drop in October, coincidental to the Ebola scare. There was another significant dip early in December as oil prices plummeted.

Hellmer notes that neither of those short-term corrections were caused by anything fundamental in the economy and that the sell-offs may have been exacerbated by some breathless instant analysis on the financial networks.

“You have to have something to talk about and you have to try to gain ratings by making things sound maybe more dramatic than they really are,” Hellmer said. “In general, there’s a tendency to exaggerate the importance of every little tick up and down and every little news release that comes along.

“I think a lot of analysts were sitting around watching the market go down, saying that doesn’t make a lot of sense. And lo and behold, three days later, we’re back at all-time highs.”

Political uncertainty is another factor that sometimes can cause anguish in the market. But Brown suggests that over time investors have started to tune out the constant wrangling in Washington.

“It seems to me that investors right now aren’t particularly concerned about gridlock in Washington,” Brown said. “Maybe they think it’s a good thing because it leads to no bills being passed.”

Even though many on Wall Street tend to throw their money behind Republicans, Unger points out that the last two bull markets have come during Democratic administrations – Bill Clinton and Barack Obama. In between, came the recession and bear market during the George W. Bush administration.

“History shows that when the Democrats are in power, Wall Street does better than when the Republicans are in,” he said.

Unger said he fears that many retail investors, who might have been a little skittish early in the current bull run, may be a little late joining the party.

“This stock market over the last six years has been the most underappreciated bull market and that’s because a lot of people have not participated,” Unger said. “I think there are a lot of people trying to jump on the train now and they may be jumping on the train just as we hit a curve in the road.

“Who knows? But the market doesn’t go up forever.”

Watch now: A controlled burn of a house by Middleton Fire District

The house fire Thursday at Mineral Point and South Point roads was part of a training exercise.

President Joe Biden pledged an aggressive response to the cyberattack that temporarily shut down the Colonial Pipeline and warned gasoline stations on Thursday not to engage in price gouging as motorists wait for fuel to start flowing back to their communities.

NEW YORK (AP) — Amazon is seeking to hire 75,000 people in a tight job market and is offering bonuses to attract workers, including $100 for n…

CLEMMONS, N.C. (AP) — The nation's largest fuel pipeline restarted operations Wednesday, days after it was forced to shut down by a gang of hackers.

Sorry to Say: You Probably Shouldn't Claim Social Security at 62

You may be tempted to sign up for benefits as early as possible, but that's a decision that could backfire on you.

Supreme Court to take up case next term that could limit Roe v. Wade

Supreme Court to take up case next term that could limit Roe v. Wade 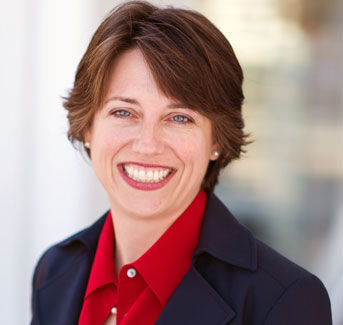 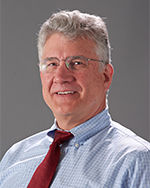