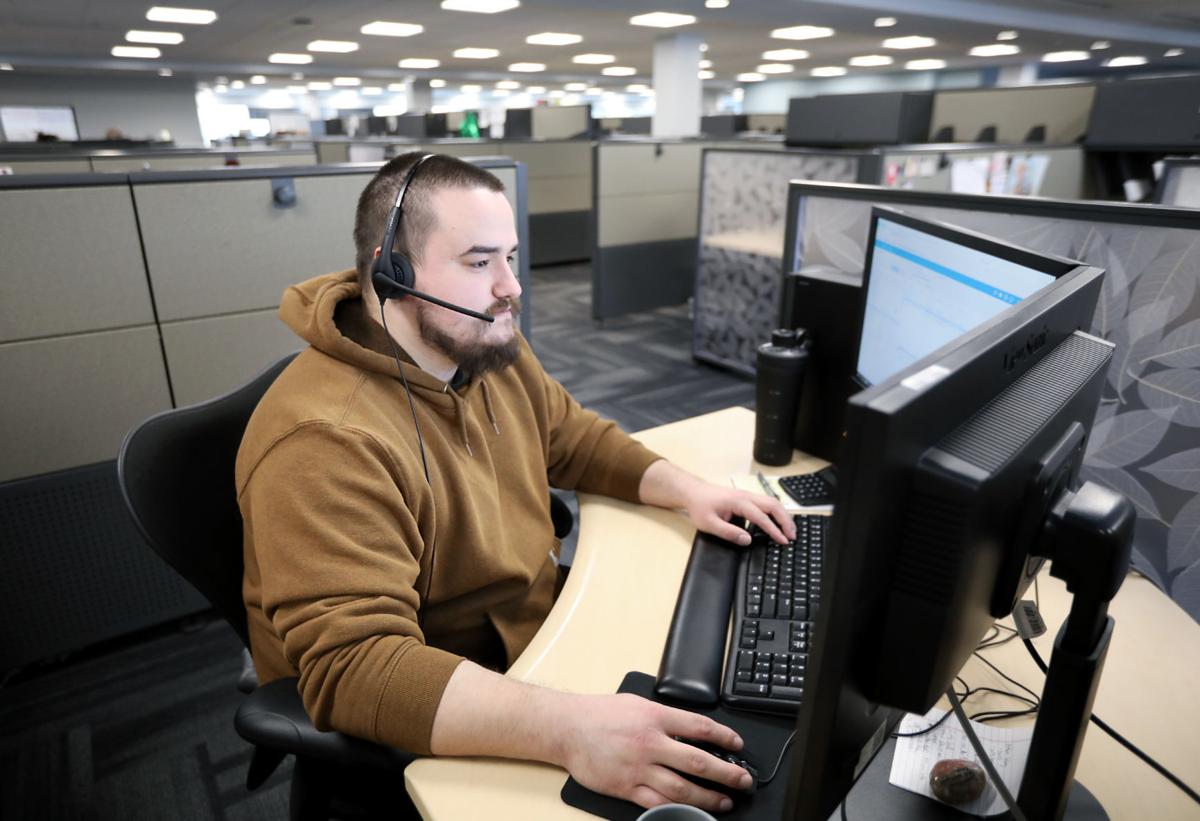 Tyler Scott, a customer service representative, is one of about 1,700 American Family employees seeing a pay increase from the company's decision to raise the minimum wage of its employees to $20 per hour. 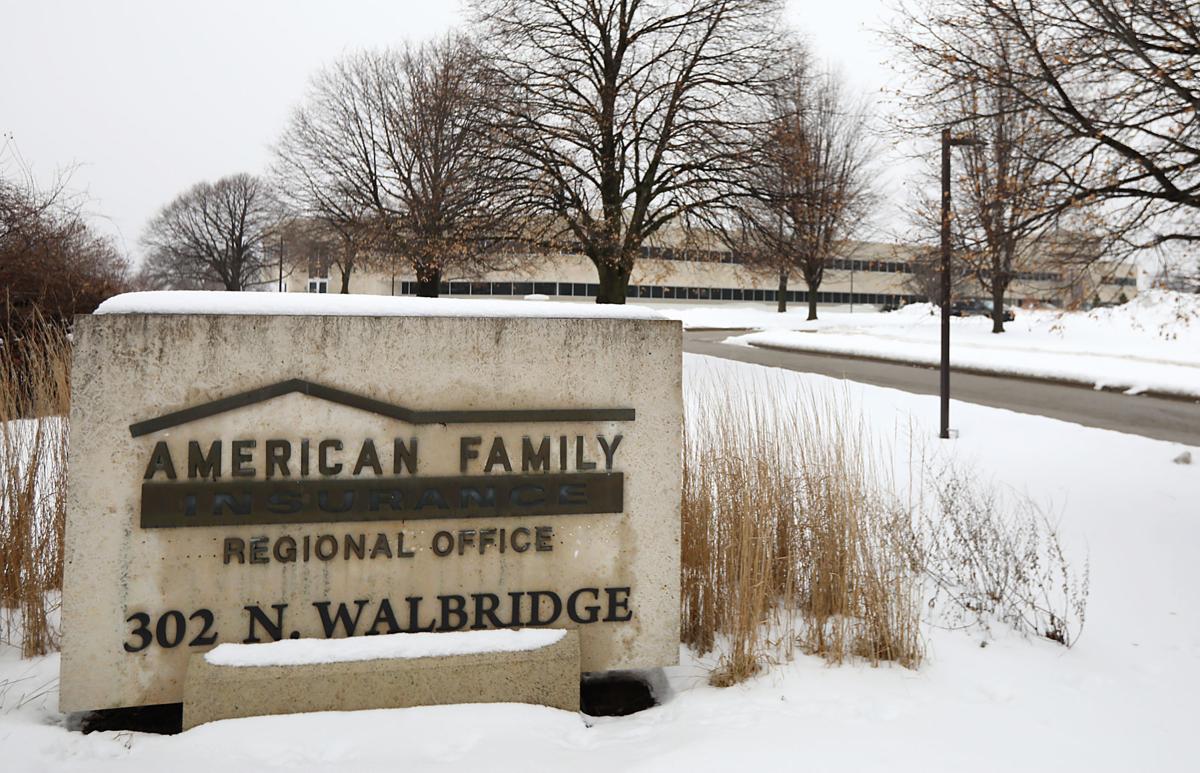 Previously $15 per hour, the new minimum wage of $20 per hour will apply to all American Family companies.

Madison-based American Family Insurance raised its minimum wage for employees nationwide by $5 an hour, bumping up the pay for close to 1,700 workers.

The $20-per-hour wage — previously $15 — will apply to workers in various roles, such as customer service, claims and administration.

More than 500 employees in Wisconsin, including 350 in Madison, will have their pay increased, retroactively effective Jan. 1.

Customer service representative Tyler Scott, 28, is among the many who will benefit from the pay increase. Scott has been working at the call center on Madison’s Far East Side for about six months, he said, making $17.81 per hour.

“Even with $17.81 an hour, I was still struggling a little because I have pretty significant student loans,” Scott said.

He said with the raise, he’ll be able to live more comfortably.

“As an organization committed to exceptional customer service, it is essential we invest in our employees who provide that service,” Gerry Benusa, enterprise chief people officer, said in a statement. “Offering competitive wages not only helps ensure we attract and retain customer-focused employees; it also allows them to invest in their careers, dreams and communities.”

Scott said the pay raise is just one of the ways that American Family shows it cares about its employees.

“This company cares,” Scott said. “Other companies say that, but here you can really tell.”

The raise also applies to companies in the American Family group, including The General, Main Street American, Homesite Group and others.

The minimum wage for American Family employees was increased, in part, to attract and retain workers, Masters said.

“It’s a difficult time to attract talent in general with the low unemployment rate, so we think this helps,” Masters said.

Other Madison-area employers have also set minimum employee pay well above the state and federal minimum wage of $7.25 an hour.

At Exact Sciences and UW Health, employees make a minimum of $15 per hour. At UW Credit Union, the minimum is $15.75 per hour.

UW-Madison plans to bump pay from $13.27 per hour to $15 this spring, the university announced in November. The wage increase will mostly benefit those in custodial, animal care and food-service positions. It will not apply to student or temporary workers.

Gov. Tony Evers has proposed a minimum wage of $15 per hour for all state employees, which failed to pass the Legislature.

Dane County has an ordinance setting a living wage standard, county controller Chuck Hicklin said, but all county employees make more than that. Hicklin said the lowest base wage for a county employee would be $18.49 per hour for weapon-screening workers at the courthouse.

City of Madison employees make a minimum of $15 per hour, human services manager Mike Lipski said, aside from food and beverage servers who earn $8.09 per hour and receive tips. If the worker doesn’t receive enough in tips to reach $15 per hour, the city pays that worker the difference.

Lipski said the starting wage for permanent positions with the city is above $19 per hour.

Madison ranked No. 1 in U.S. for child opportunity, but racial disparities remain

On a scale of 1 to 100, Madison scored 83 on the Child Opportunity Index 2.0 — the highest in the nation. Bakersfield, California, was last with a score of 20.

Minor additional accumulations of wet, slushy snow are expected before the snow ends later this morning into the afternoon, according to forecasters.

The Madison-based insurance behemoth will have services such as the IT help hotline provided by Capgemini, a France-based consulting and outsourcing service.

Tyler Scott, a customer service representative, is one of about 1,700 American Family employees seeing a pay increase from the company's decision to raise the minimum wage of its employees to $20 per hour.

Previously $15 per hour, the new minimum wage of $20 per hour will apply to all American Family companies.