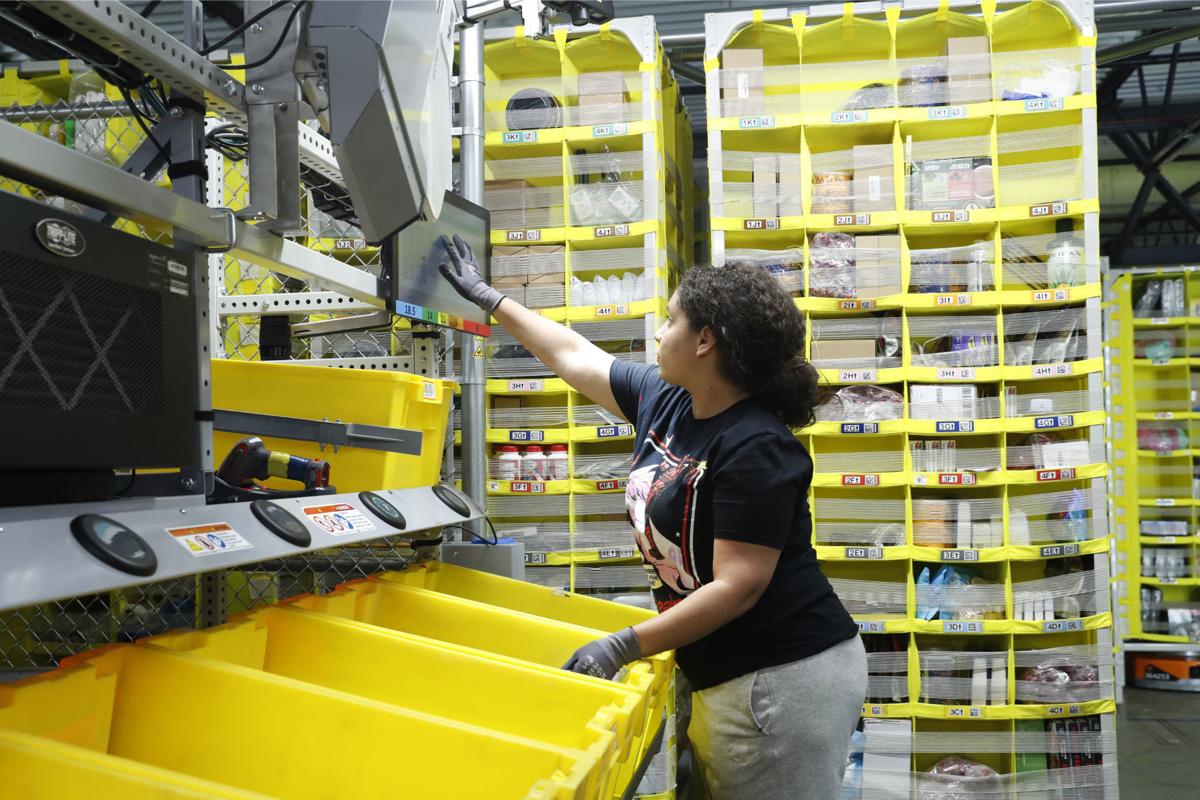 A worker sorts through items and places orders at the Amazon Fulfillment Center in Staten Island in New York this June. The online shopping giant has announced plans to hire 500 people to work at its Beloit fulfillment center, now under construction. 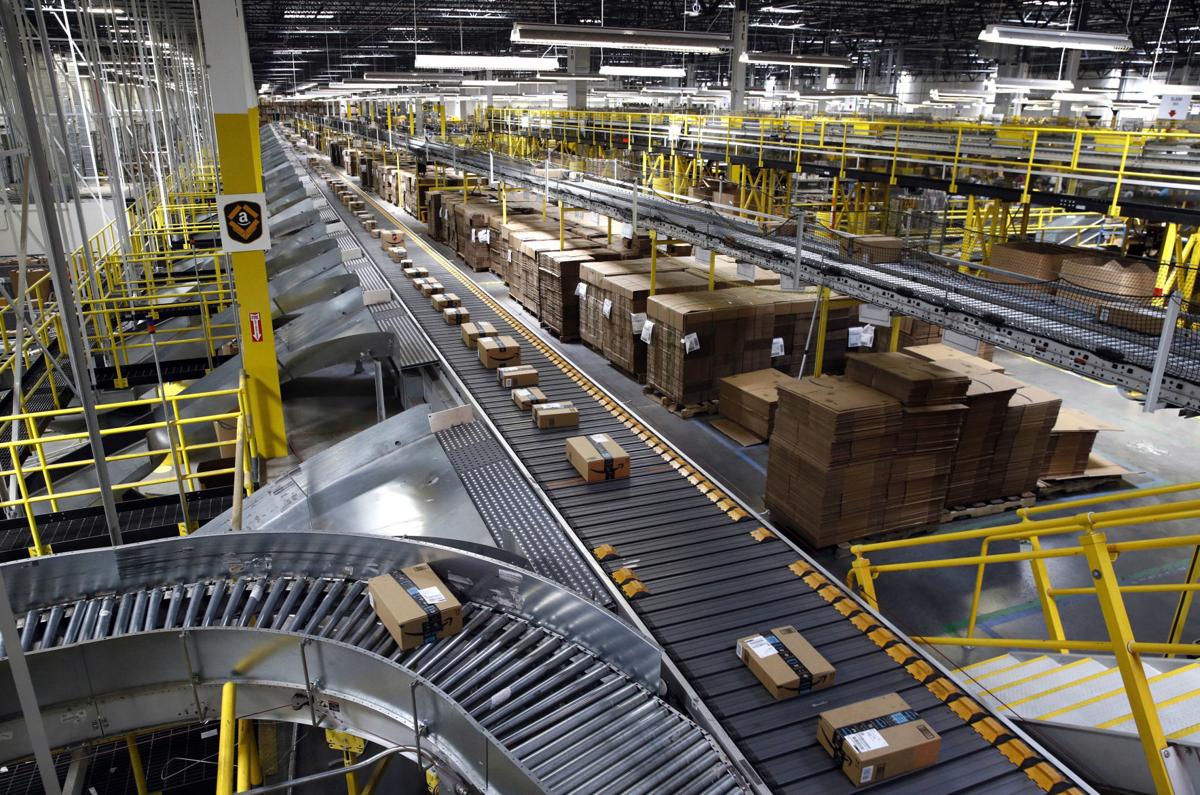 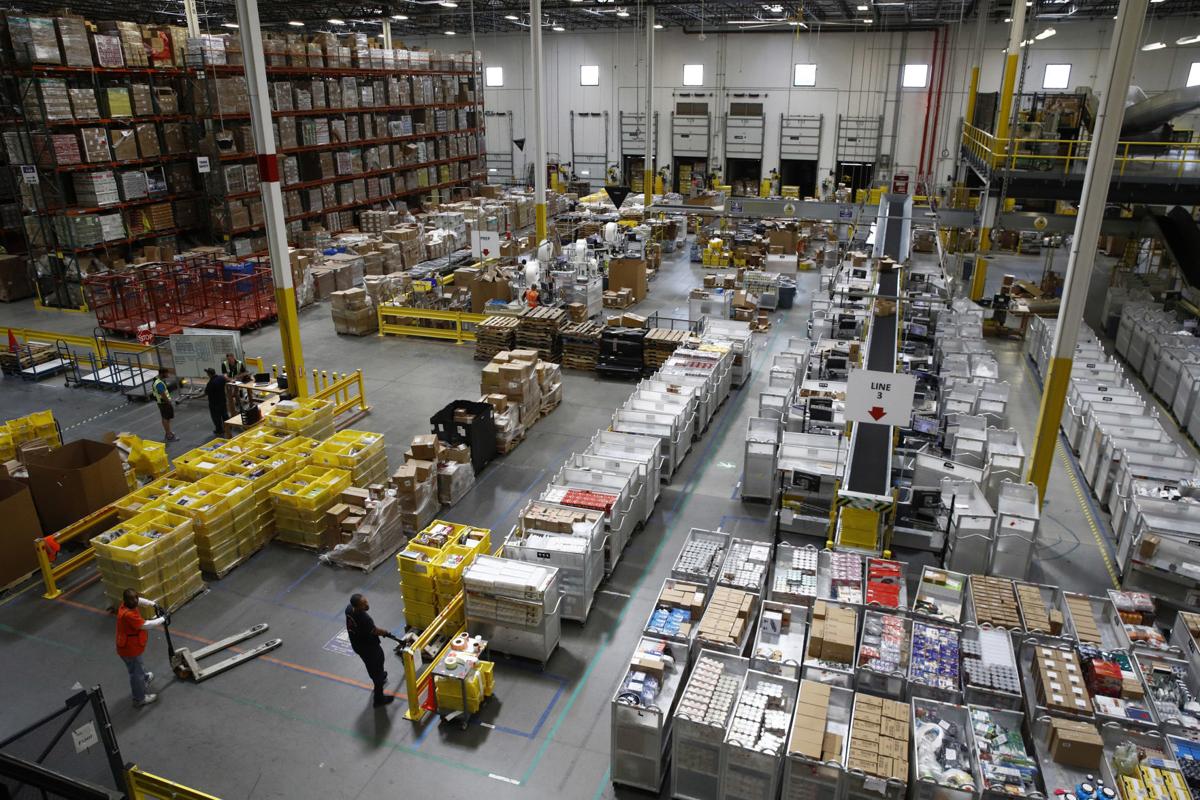 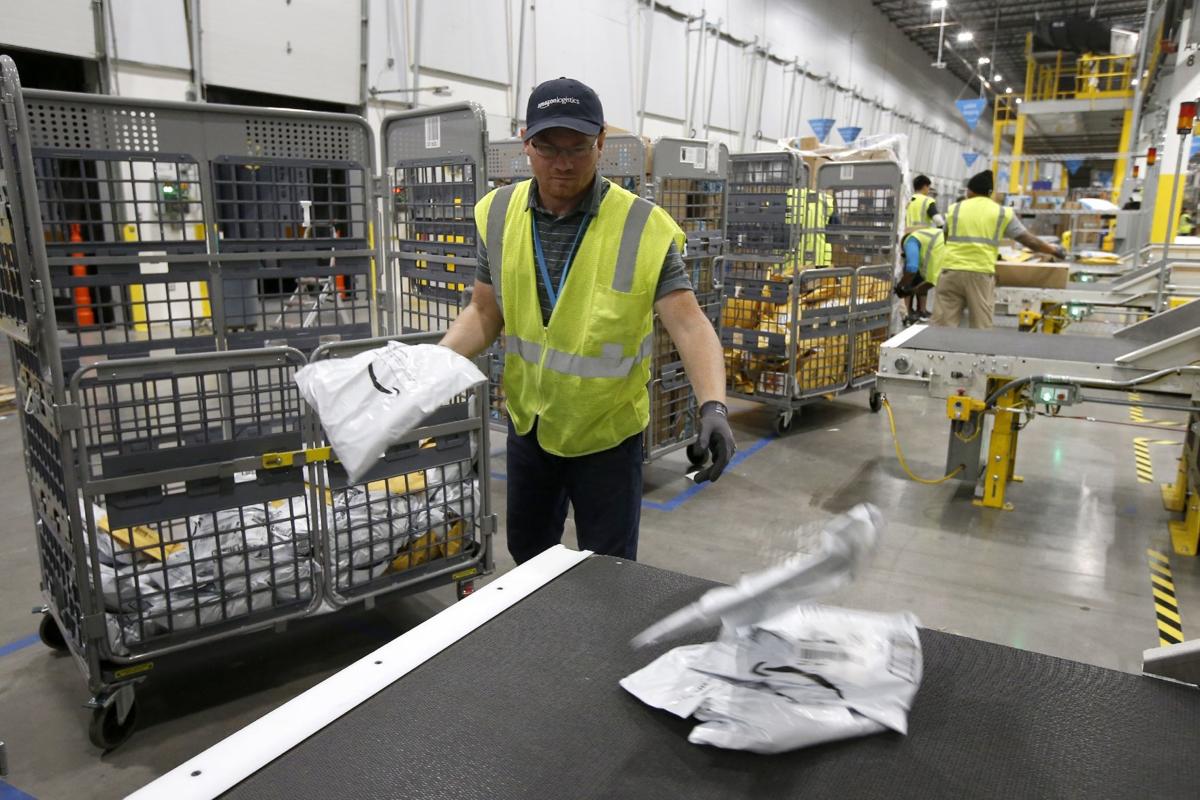 Steven Smith places a package on a conveyor belt at an Amazon warehouse facility in Goodyear, Ariz., last month. Workers at the company's Beloit fulfillment center, now under construction, will work alongside Amazon robotics to pick, pack and ship items to customers.

A $105 million Amazon.com fulfillment center under construction in Beloit is not only expected to create hundreds of jobs but is expected to be completed in time for the 2020 holiday season, the online retailer has announced.

Ground for the 1.3 million-square-foot building in Gateway Business Park was broken in late 2019 by Seefried Industrial Properties. Amazon announced this month the warehouse will employ 500 people who will start at a minimum wage of $15 per hour and work alongside Amazon robotics to pick, pack and ship items to customers.

“We are thrilled that Amazon chose the Gateway Business Park to build in the state-line area,” said Andrew Jahnke, executive director of the Greater Beloit Economic Development Corporation (GBEDC). “A lot of hard work went into making this project a reality, and we certainly look forward to the positive impacts on the Beloit economy.”

Development of the 750-acre business park, located at the intersection of Interstate 39-90 and Interstate 43, began in 2001 and is now home to some of Beloit’s largest companies.

Tenants in the park, owned by the city and GBEDC, include Kerry Ingredients & Flavours, Kettle Foods, NorthStar Medical Radioisotopes, G5 Brewing and Pratt Industries. The new Amazon facility would also be near the 400,000-square-foot order fulfillment center for Staples that opened in 2006 and employs nearly 300 people.

For the Amazon project, the 80 acres of land at 1255 Gateway Blvd. were sold for $1 an acre by GBEDC and no other city subsidies are being used on the project, officials said. The cost of the project, which was previously not made public, was disclosed Wednesday by the city of Beloit, which released details of the project’s building permit.

Amazon has been growing its infrastructure with large projects since 2015, when it opened in Kenosha a $250 million distribution and fulfillment center on 165 acres. The Milwaukee Journal Sentinel reported that the project is comprised of two buildings totaling 1.5 million square feet. It also has reported that a proposed 2.6 million-square-foot Amazon distribution center on 75 acres in Oak Creek is a $200 million project that will receive up to $7.5 million in state tax credits if it creates 1,500 jobs.

In 2018, Amazon opened a 96,600-square-foot delivery center in a vacant warehouse in the village of Sussex, just north of Waukesha. In July, the company took over the remaining space in the 192,000-square-foot building that could increase the number of employees there to as many as 275 , said Kasey Fluet, the village’s assistant development director.

Amazon’s Beloit facility would also be about 20 miles north of a 200,000-square-foot Amazon air-freight facility that opened last fall at the Chicago Rockford International Airport in Rockford, Illinois. Amazon has told Beloit officials that it has invested $1.6 billion in Wisconsin and estimates that it has created an additional 4,000 jobs on top of the company’s direct hires.

“This development would not only provide our community with jobs and increased property value, but also a valued relationship with a household name,” said Lori Curtis Luther, Beloit’s city manager. “A project of this magnitude is certainly a game-changer for Beloit.”

Hy-Vee, the owner of the shopping center, will become the lone retailer but is looking for a developer for the property.

The Plan Commission erred when it denied the proposed use of one of two adjacent parcels for a driveway, extra parking, and stormwater management, property owner Leo Ritter & Co. says in an appeal to the City Council.

Feast's In The Spirit: Candied yams with marshmallows

A worker sorts through items and places orders at the Amazon Fulfillment Center in Staten Island in New York this June. The online shopping giant has announced plans to hire 500 people to work at its Beloit fulfillment center, now under construction.

Steven Smith places a package on a conveyor belt at an Amazon warehouse facility in Goodyear, Ariz., last month. Workers at the company's Beloit fulfillment center, now under construction, will work alongside Amazon robotics to pick, pack and ship items to customers.