Alliant Energy plans to buy and construct six more solar farms for $515 million to meet its goal of 1,000 megawatts of solar power in Wisconsin by 2023, the company announced Wednesday.

The six projects would add 414 megawatts — enough to power about 100,000 typical homes for a year — to the company’s grid, pending regulatory approval from the Public Service Commission.

With approval, Alliant would develop solar farms in Dodge, Grant, Green, Rock and Waushara counties and would purchase another plant — being developed by National Grid Renewables — in Dodge County.

Alliant requested approval last year to purchase six other projects under development by other companies totaling 675 megawatts in the state for about $900 million. That proposal is still awaiting the PSC’s response.

All 12 projects are expected to come online by the end of 2023, president of Alliant Energy’s Wisconsin company David de Leon said, surpassing the company’s goal of owning and operating more than 1,000 megawatts of solar in Wisconsin.

“With this solar addition, we will be the largest solar operator in the state of Wisconsin,” de Leon said. “I know it’s a transition for us from an operation standpoint, but we will continue to provide safe, reliable and low-cost energy to our customers long term.”

The solar investments come as Alliant Energy plans to shut down its two coal-powered plants in Wisconsin. The Edgewater 5 plant, in Sheboygan, will close by 2023, and Columbia Energy Center by 2025.

Alliant will also be eligible for tax credits of about 30% of the development cost of the projects, said Ben Lipari, director of resource development.

Alliant aims to reach net zero carbon emissions — meaning any emissions from energy production would be offset by carbon-reduction initiatives — by 2050.

It is also looking to cut carbon dioxide emissions by 50% by 2030 and eliminate coal generation by 2040.

The company has told regulators that it could save customers up to $6.5 billion over the next 35 years by pursuing environmental goals as well as other undisclosed actions.

MGE would own a 9.1-megawatt portion of the 92-megawatt Red Barn Wind Farm in the towns of Wingville and Clifton, pending approval from the PSC.

The purchase is part of the company’s goal of reducing carbon emissions by 65% by 2030 and net-zero carbon by 2050.

“We are doing everything we can today to lower carbon emissions as quickly and as cost-effectively as we can,” said Jeff Keebler, CEO and chairman. “We have said since announcing our goals, if we can go further faster through partnerships with our customers and the evolution with technologies, we will.”

If approved, the portion of the wind farm would become part of about 300 megawatts of new renewable energy provided by MGE since it announced its emissions goals in 2015.

MGE’s portion is expected to go online by the end of next year, powering about 4,000 households.

I expected this year to write about mostly about local startups, high-tech companies and venture capital investments. While I got to do some of that, much of my work load has been taken over by the effects of COVID-19 on the economy.

It's been a year of a lot of unknowns and a lot of fears in the business world. Owners and managers worried about keeping revenue up and maintaining a safe environment for employees. Many of them wondered how long they could stay open, and quite a few of them decided to make the hard choice and close their doors.

But there have been some bright spots. Early on, manufacturers around Wisconsin and even nationwide stepped up to meet the needs of medical professionals battling the virus face-to-face. Distillers made hand sanitizer, manufacturers started producing personal protective equipment and design engineers made plans for face shields available for free. Many of Dane County's health-related companies also joined the fight, including Promega and Catalent ramping up production on components for tests and treatments, Exact Sciences using its labs to run COVID-19 tests and Epic Systems developing software to track cases.

I did also take some time to write about my favorite, money-grubbing tanuki from Animal Crossing: New Horizons, the runaway hit video game.

Working from my makeshift home office can be difficult, but I'm glad I get to do this work reporting on Wisconsin and its businesses. There are plenty of political arguments about what COVID-19 is doing to business, but I am here to take out those politics and share with readers what the companies and their employees are actually experiencing. I hope that in a few months I will be telling you how businesses and the local economy are recovering from the pandemic.

I wrote a few stories about the coronavirus before, but reporting on the retail angle showed how harmful the pandemic would be.

Early on, it seemed every business was changing operations to help fight the spread of COVID-19.

As an avid Nintendo fan, I couldn't pass up the opportunity to write about the cultural phenomenon of Animal Crossing.

Unfortunately, one of the more complicated, potentially long-lasting impacts on the economy could be women's advancement.

I decided to take a look at corporate charitable donations and found a fear among nonprofits that funding will run out.

The leak, which occurred in 2019 but was not reported until last summer, contaminated at least 130 tons of soil, and toxic chemicals have been detected in groundwater at thousands of times the state limits.

Bundle up, but get the shorts and T-shirts ready southern Wisconsin

Highs for southern Wisconsin will rise from the 30s Wednesday and Thursday to the warmest weather of the year this weekend, according to forecasters.

Sunisa Lee's father after gold: 'Is this real?'

Sunisa Lee's father after gold: 'Is this real?'

Don't get scammed out of your retirement

Don't get scammed out of your retirement 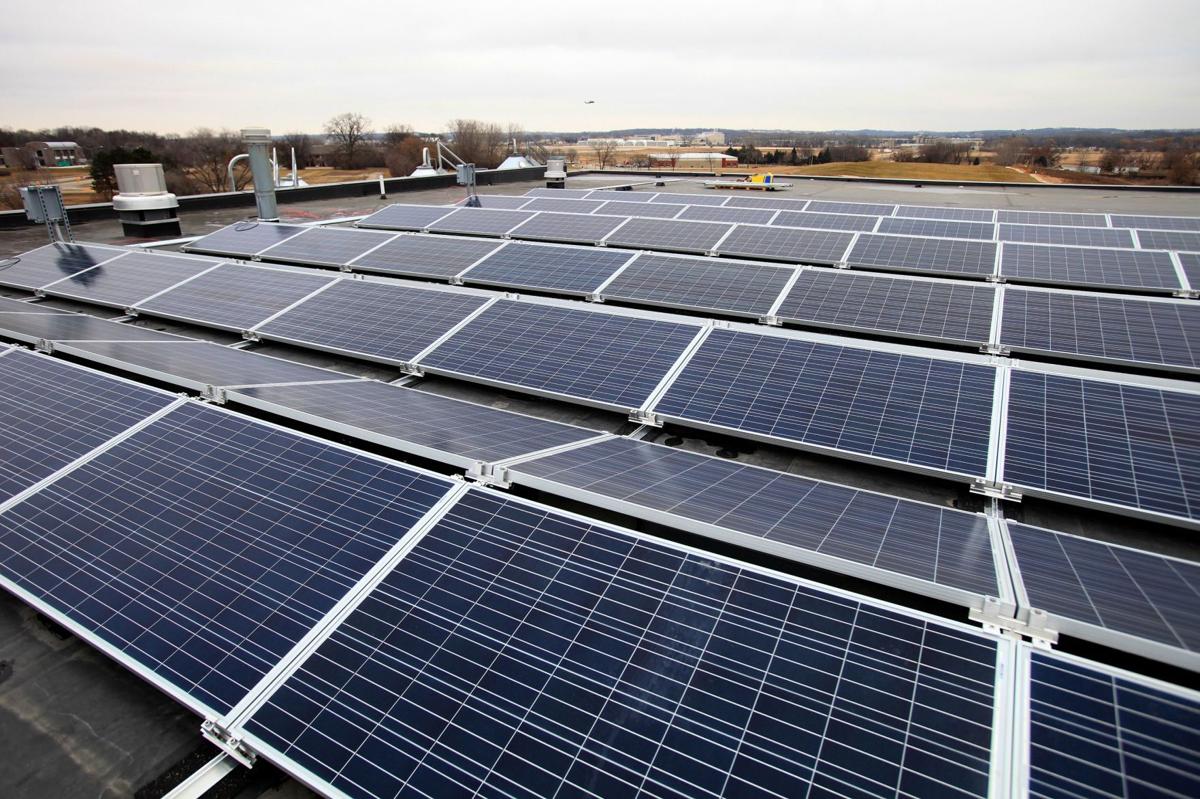 Alliant Energy is making moves to purchase and develop 414 megawatts of solar plants on top of another plan to acquire more than 650 megawatts from other solar projects. 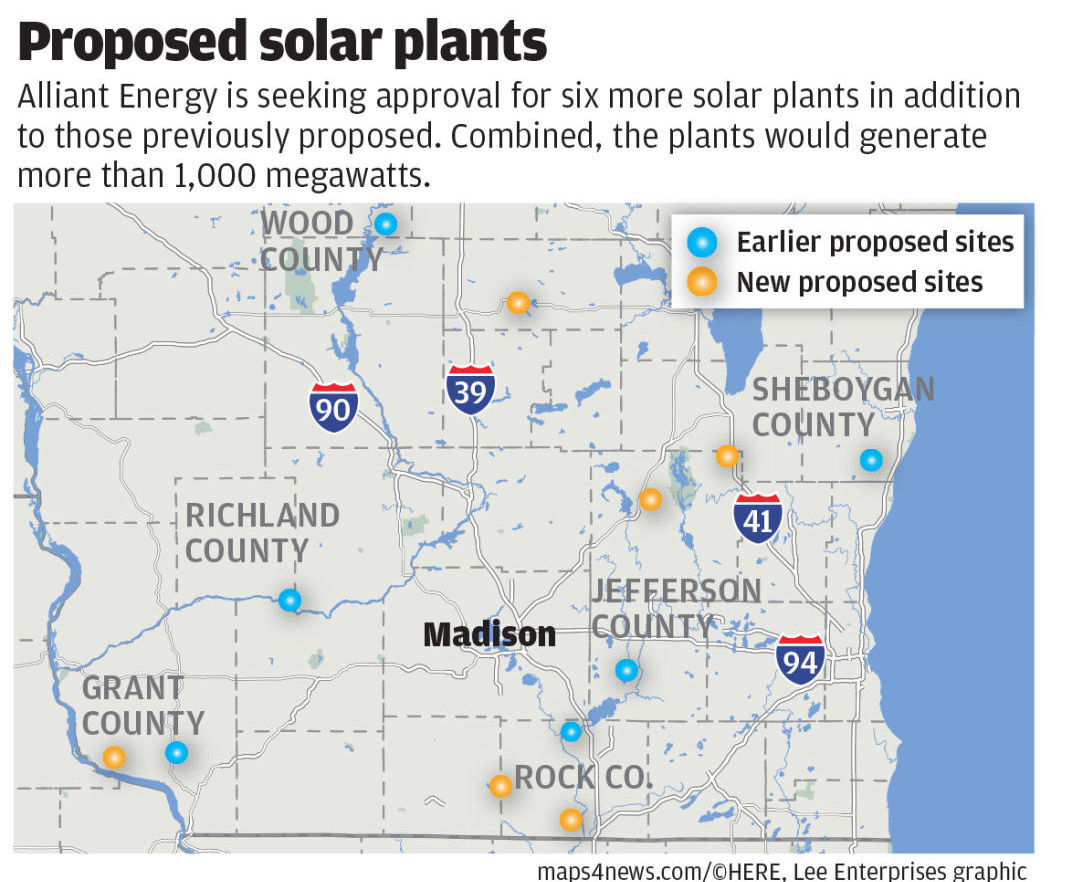