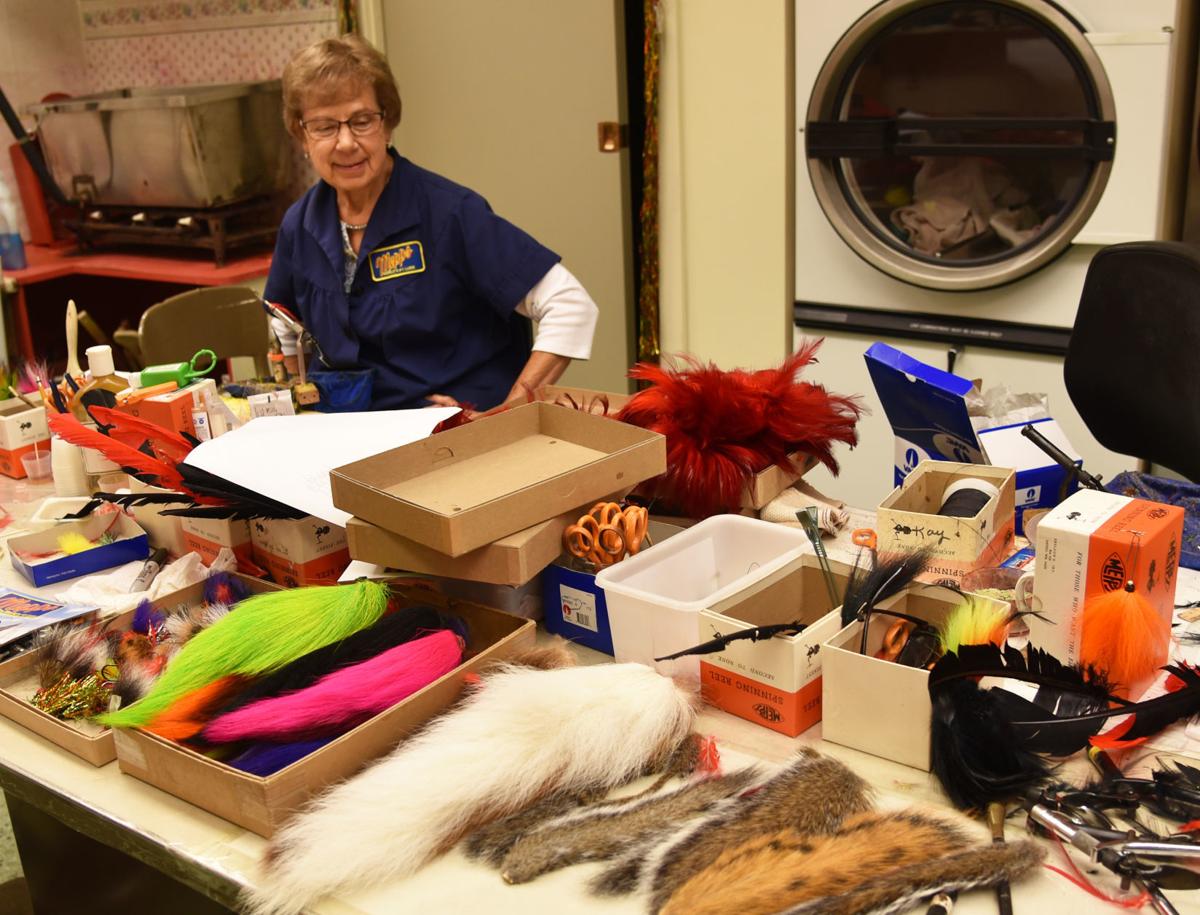 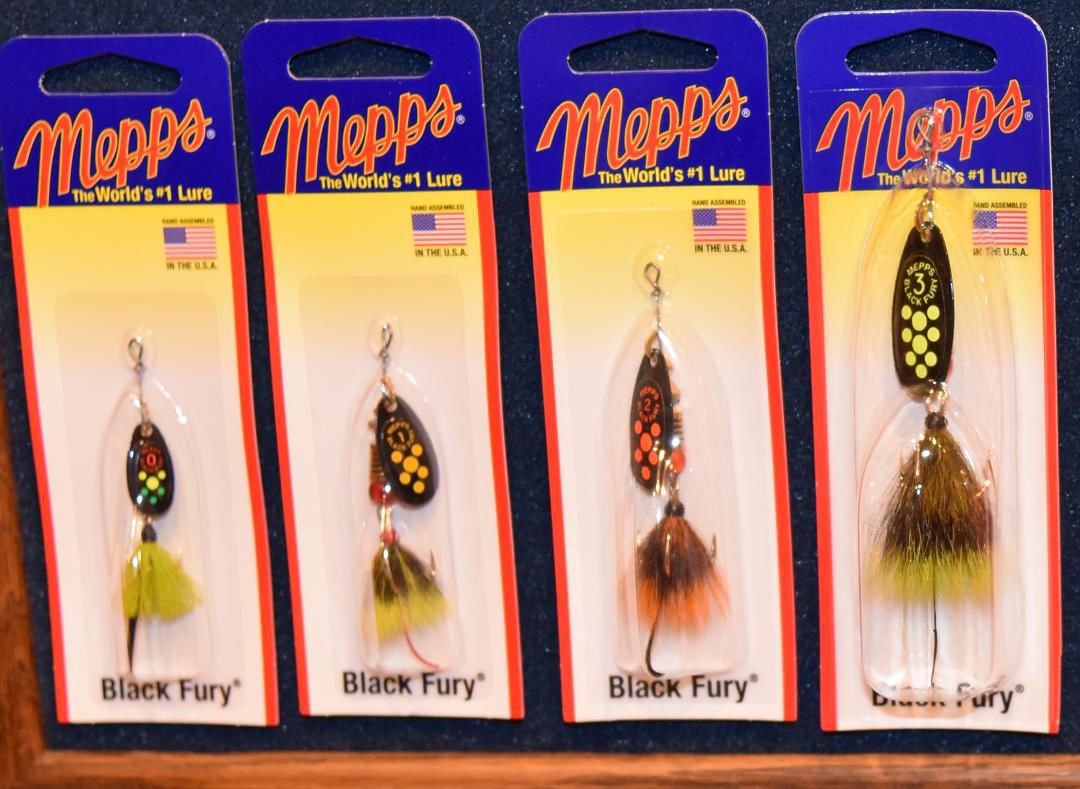 Mepps makes about 8,000 different spinning-lure combinations at its 50,000-square-foot manufacturing facility in Antigo. 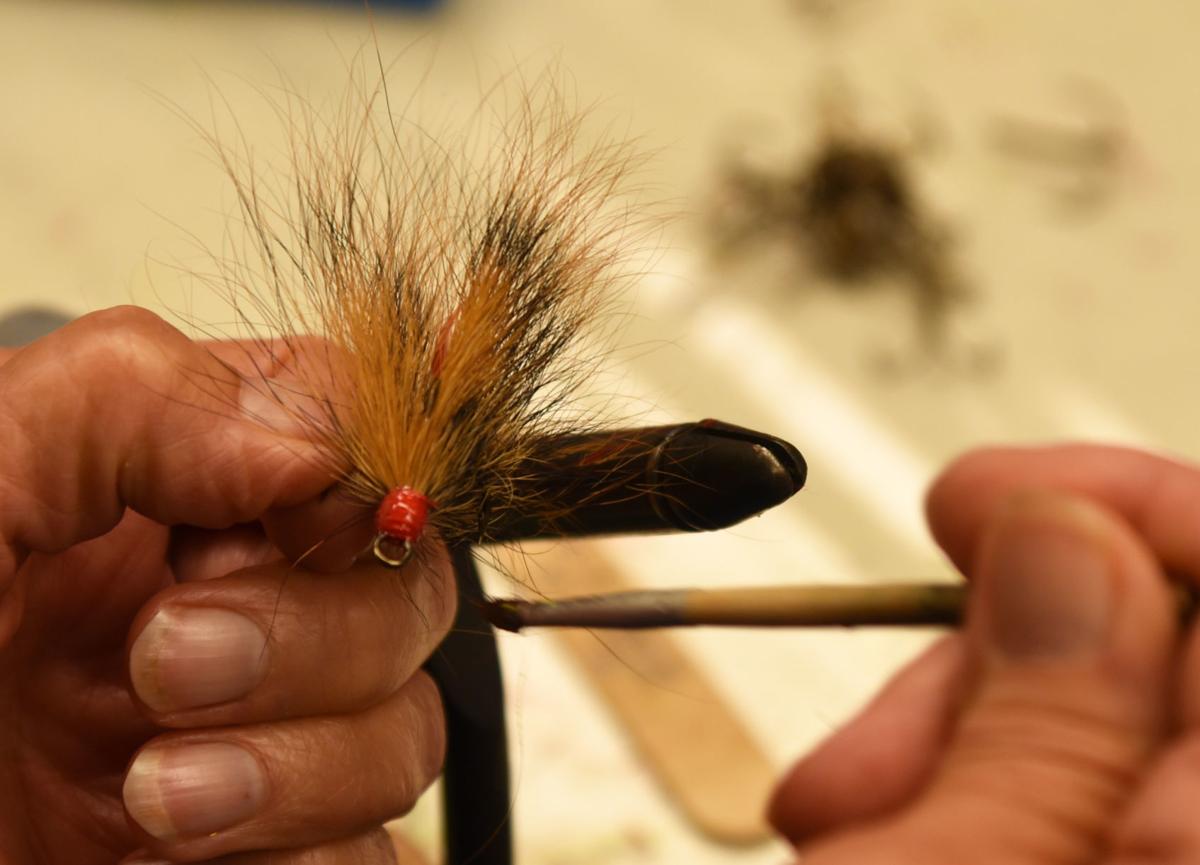 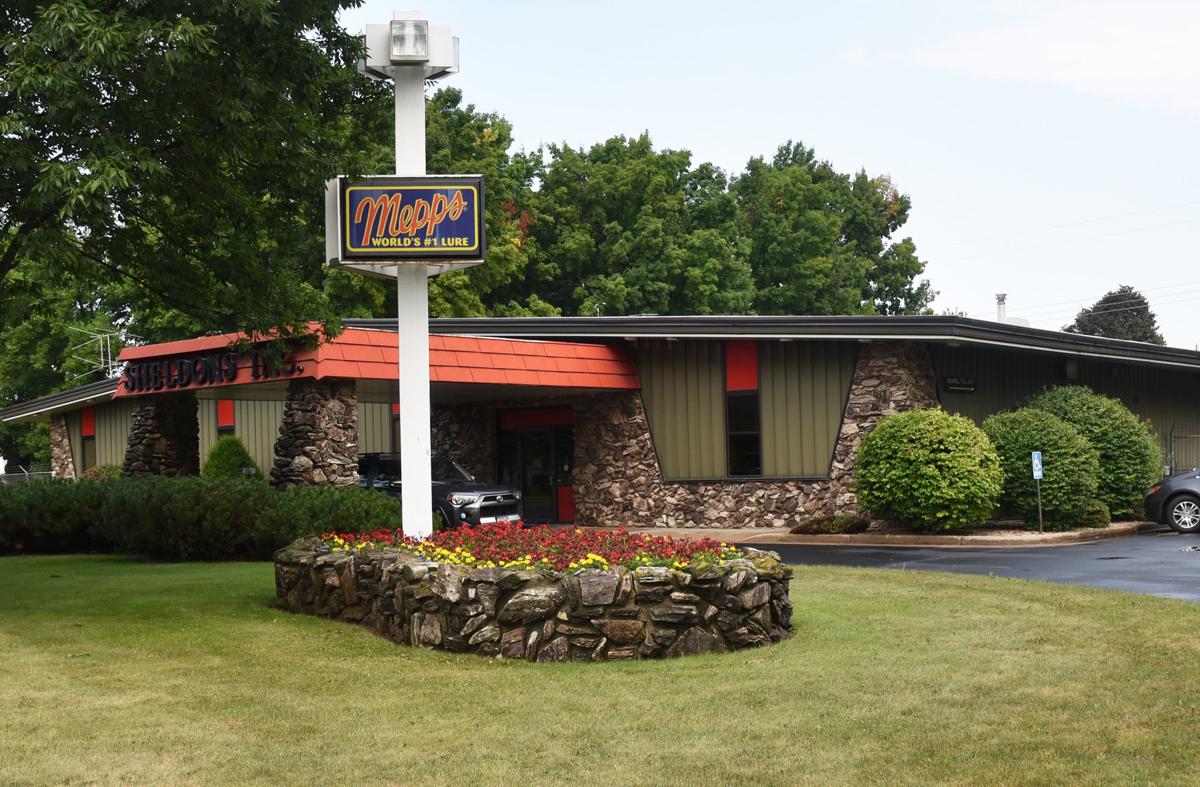 The office and manufacturing facilities for Sheldon’s Inc. in Antigo are home to world-famous Mepps spinning lures.

ANTIGO — Mepps makes about 8,000 different spinning-lure combinations at its 50,000-square-foot manufacturing facility, but if you buy one of its storied spinners with hooks dressed in squirrel-tail, you can bet that tail passed through Peg Doucette’s hands at some point.

It’s even possible Doucette, 78, opened the package carrying that particular tail, graded its quality, assessed its value at 16 to 26 cents, washed and dried it several times, snipped tufts of hair from its tailbone, and then attached them to treble hooks with glue and finely wrapped thread before setting it aside to dry.

That kind of attention and hands-on craftsmanship helps Mepps maintain its reputation as one of fishing’s most storied lure manufacturers. Even though Mepps makes thousands-upon-thousands of squirrel-tailed spinners annually, each dressed lure is handtied and assembled by skilled hands like Doucette’s.

Then again, what else would you expect from a company that posts a large wooden sign on the town’s main drag one block away, alerting passersby on U.S. Highway 45 that it buys squirrel tails? This world-famous company embraces its small-town, family-owned legacy, and loves sharing its story with anyone walking in for a half-hour tour.

In fact, if you poke your head into the large trophy room down the hall from the main entrance of Sheldon’s Inc., the company’s official name, you might meet Chase, a springer spaniel who shares office space there with CEO/president Mike Sheldon. Even though the trophy room’s fish mounts come from across the world, each one got here because it struck a Mepps lure.

Sheldon is the son of Todd Sheldon, who originally sold fishing tackle from a 10-by-10 space in the back of a sports shop in downtown Antigo. Todd Sheldon “discovered” the Mepps spinner in 1951 during a tough day on the nearby Wolf River. A local WWII GI named Frank Velek had returned from Europe two years earlier, and gave Sheldon a small Mepps spinner from France. After a tough start that fateful day, Sheldon tied on the “French spinner” and caught four trout averaging 3 pounds each the next two hours.

Sheldon started selling the Mepps — a French acronym for a phrase that means “Precision Equipment for Sport Fishing” — and sales quickly outpaced Velek’s supplier: a French woman who sent spinners to the shop in exchange for nylon stockings. Sheldon arranged to buy the lures factory-direct from the manufacturer in France, Andre Meulnart, who invented the spinner in 1938.

Todd Sheldon sold that store in 1956 to concentrate on his import trade. By 1960, sales of Mepps spinners exceeded a half-million, and later surpassed Sheldon’s goal of 3 million in annual sales. He died in 1995 at age 81, and Mike Sheldon has run the business since. Sheldon’s Inc. subsequently bought Mepps France, which still makes the lure’s spinning blades.

What inspired the company to dress Mepps spinners in squirrel-tail hair? That story also involves the Wolf River and Todd Sheldon. Sheldon limited out on trout one day by casting a Mepps spinner. He was feeling pretty good until crossing paths with a boy who also limited out with a Mepps.

The boy’s trout were bigger, however. When Sheldon studied the boy’s lure, he saw a tuft of squirrel-tail hair tied to its hook. Follow-up tests with various animal furs and hairs found that only deer tails and squirrel tails produce the pulsating, fluffed-up action that fools fish. Fur clipped from fox, rabbit, coyote, raccoon and other pelts simply turned into motionless globs when wet.

Soon after, Sheldon’s Inc. began advertising for squirrel tails from hunters, who typically kept the squirrels’ delicious meat but pitched their tails. To this day Sheldon’s buys tails from fox, gray and black squirrels for 16 to 26 cents, depending on the quantity and quality; and 8 to 11 cents for red (pine) squirrel tails, provided their hairs are an inch across at the base.

The company’s annual buying goal is 300,000 squirrel tails, but it seldom gets that many, likely because small-game hunting declined the past 25 to 30 years while deer hunting boomed. The company has no trouble finding deer tails for its bucktail lures.

Still, many hunters and hunting clubs from states such as Ohio, Kentucky, Pennsylvania, Minnesota and Wisconsin still salt, dry and freeze tails from their quarry each fall, and ship them to Sheldon’s each winter.

The record submitted by one person in the company’s history is 5,475 squirrel tails. Josh Schwartz, Sheldon’s Inc.’s communications director, said clubs sometimes hold special events to hunt squirrels, and then ship a season’s worth of tails afterward as a fundraiser. One club in Pennsylvania, for example, annually sends 700 to 800 squirrel tails to raise money for stocking trout in a nearby river.

When squirrel tails arrive at Sheldon’s, Doucette grades them and determines their value. Most tails arrive in good shape, but if the potential seller removed the tailbone, Doucette rejects them. She said boned-out tails curl into balls when sent through the company’s industrial-strength washing and drying machines, rendering them useless.

Doucette’s practiced eye makes quick work of grading and pricing. She cut and tied squirrel- and deer-tail hair to Mepps lures for 17 years while working part-time from her Antigo home. After her kids grew up and left home, she accepted a job at the company’s headquarters on the city’s north side, where she has worked the past 35 years.

Doucette doesn’t foresee a day when machines can replace hand-tiers, given they must clip hair from tails and quills from turkey or chicken feathers, press the clippings to a hook’s base, and then wrap thread and apply glue to bond everything together.

Ten such lure-tiers work from nearby homes, and Doucette assesses their work, too. She said the job is demanding, and most lure-tiers don’t last long. “A lot of them think it’s just a hobby they can do in their free time, but it’s a job,” she said. “We’ll hold a class to train 33 people, and two months later only three of them will still be working.”

But those who excel at the art secure long-term jobs and become part of Mepps’ legacy, and countless anglers’ success.

And that’s no fish story.

Patrick Durkin is a freelance writer who covers outdoors recreation in Wisconsin. Write to him at 721 Wesley St., Waupaca, WI 54981; or by email at patrickdurkin56@gmailcom.

Mepps makes about 8,000 different spinning-lure combinations at its 50,000-square-foot manufacturing facility in Antigo.

The office and manufacturing facilities for Sheldon’s Inc. in Antigo are home to world-famous Mepps spinning lures.