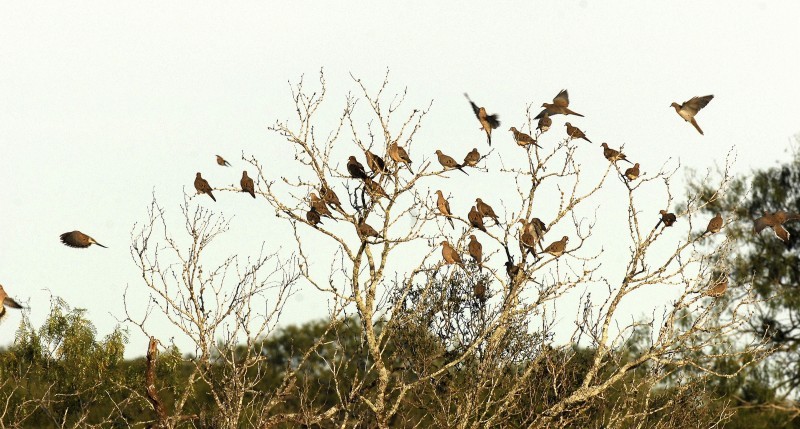 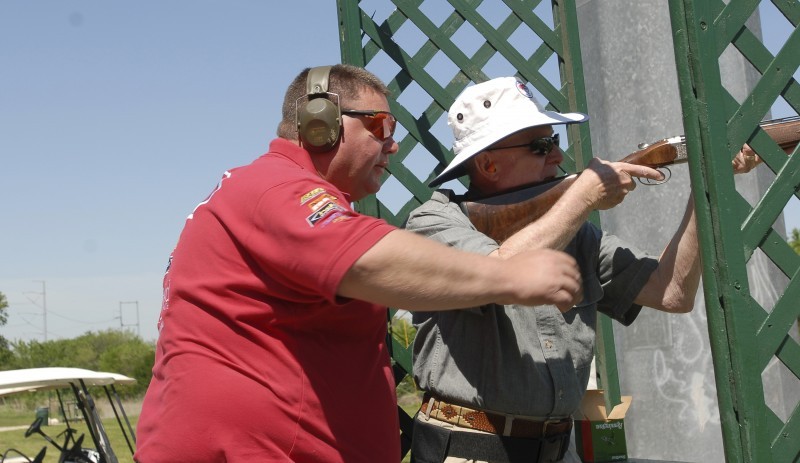 "Most shooters benefit from a clay target practice, particularly when a world class shooter like George Digweed is looking over their shoulder." (Ray Sasser/Dallas Morning News/MCT)

DALLAS -- Dove season is just around the corner in many parts of the country.

It's time to get your favorite shotgun out of mothballs and make certain it was properly cleaned the last time you used it.

You could also visit a shooting range and break a few clay birds. Too many dove hunters haven't shot a moving target with a shotgun since last season.

Doves have a reputation as the sportiest of migratory game birds -- at least among sportsmen who've never had the humbling experience of hunting woodcock or snipe.

Not only do doves come at you from every direction and elevation, they're like a crafty big league pitcher, always changing speeds. If major league hitters knew what pitch was coming, they could pad their batting averages.

If more dove hunters did a minimal amount of practice, their shooting average would go up as well. I called Leon Measures to determine what clay target game makes the best dove season tune-up.

Measures, 77, has taught more people how to shoot a shotgun than anyone else in Texas. Actually, it's Measures and his wife, Frillie, who have this down-home version of good cop, bad cop, and it doesn't take long to figure out Leon is the bad cop.

It was vintage Measures that he never directly answered my question about the best game to hone dove skills. He likes to answer a question with a question. In this case, the return question was: How long is a string? I felt a little like the Karate Kid, but I understood what he was saying.

Here's a tip that saves shells and keeps you out of the heat:

"Simply get in front of a mirror with an empty, safe shotgun and practice mounting the gun to make certain it's mounted the same way each time," Measures said.

"Wear the same clothes you wear in the field. Do that for 10 minutes twice a day for two weeks, and you'll be a better shot when the season opens."

Trap is not the answer, because trap targets are thrown away from the shooter, and most dove shots are crossing shots or shots at birds that are incoming at various angles and heights. That leaves skeet, 5-stand sporting clays and sporting clays.

Variations in the angles at which targets are shot result from the shooter moving from station to station. Although the speed of the skeet target never changes, skeet reproduces most common dove shots and is particularly good for practice on crossing shots.

Five-stand sporting clays, as the name implies, moves shooters through five shooting stations, or stands. Targets are thrown from six or eight traps and 5-stand does a good job of simulating field shooting.

Five-stand is often used as a space-saving version of American sporting clays, which requires a considerable amount of acreage. In sporting clays, the shooter walks or drives a golf cart around a course from one shooting station to the next.

The typical course requires 10 to 30 acres and is best set up using woods, hills and other natural features to simulate a hunting situation. There are usually 10 to 14 shooting stations that mimic everything from running rabbits and springing teal to flushing quail and passing doves.

As with 5-stand, American sporting clays uses different-sized targets thrown at different speeds, some appearing suddenly from behind a bush and disappearing just as quickly behind a tree. Most shooters agree that a good sporting clays course does the best job of simulating a variety of hunting situations.

Any shooting practice ahead of the season is better than no practice at all.

"Most shooters benefit from a clay target practice, particularly when a world class shooter like George Digweed is looking over their shoulder." (Ray Sasser/Dallas Morning News/MCT)