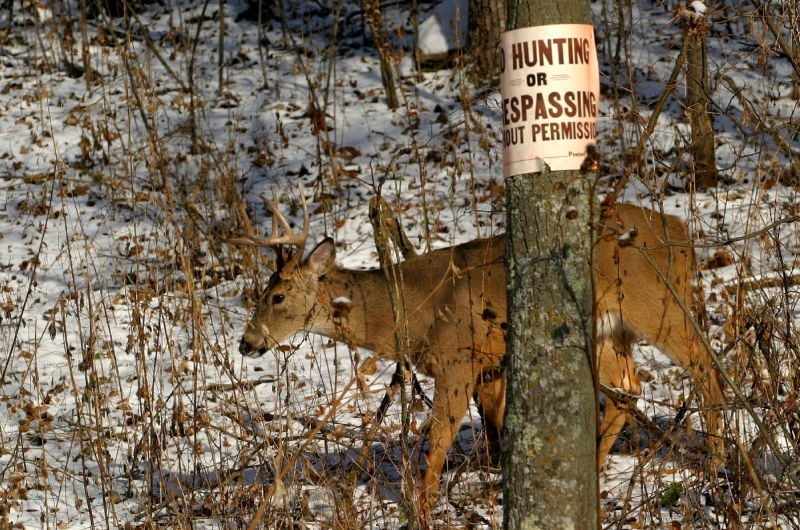 Some landowners will allow deer hunters on their land, but only if they do not shoot bucks. 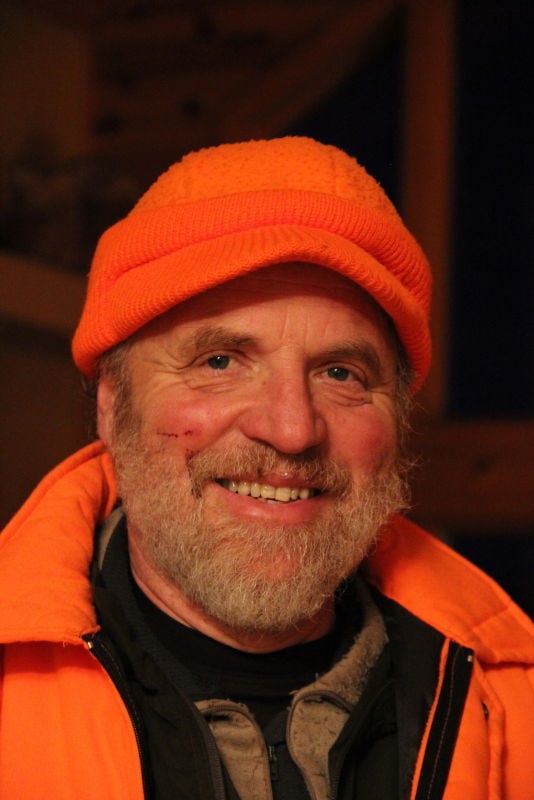 Editor's note: This is the ninth in a 10-part daily series of features focusing on various aspects of Wisconsin's nine-day gun-deer season.

For that deer hunter who is still sitting on a deer stand today, or worse, sitting at home without a good location to hunt, here’s an important thing to do beginning Monday: Find a new location to hunt on Nov. 22, 2014.

Why begin searching Monday instead of hunting turkeys or squirrels?

Well, it may take that long to find a new location and gain permission.

“Finding a good location to hunt is an ongoing task,” said Gary Howards, a hunter from Oregon. “You can’t begin a week or two before the season. And it’s tougher now than it was 35 years ago when I started looking.”

Howards has other handicaps, he says. He can’t afford to pay thousands of dollars to a landowner. In fact, he can’t, and hasn’t paid to hunt on land owned by others. And he doesn’t own hunting land.

But he appreciates the opportunity to hunt land belonging to others and he’s found some interesting ways to compensate these landowners.

So what are Howards’ methods? What has worked for him?

“Start small. Think small. Ask to hunt squirrels or rabbits first. Agree to whatever rules a landowner has, such as not shooting bucks,” Howards said.

Howards works by first establishing a friendship with a landowner. He makes himself available to do chores, watch property, provide treats the landowners like, share game and other things that he has picked or gathered such as mushrooms.

“After two years the landowner said ‘you kept your word about just walking through the land to get to the neighbor’s land so I trust you and you can hunt here now if you wish,’” Howards said. “In fact, the landowner has asked me to watch his property, post it, and ask trespassers to leave if they don’t have permission, which no one else has.”

Some gifts Howards has provided may seem inexpensive, but the rewards were enough to get Howards permission to hunt and they seemed to be appreciated by the landowners.

“I found out that one owner liked Babcock ice cream, so I brought him some. Another liked certain bread from New Glarus. Sue, my wife, loves to bake so she makes treats for some landowners,” he said. “Another landowner has asked if I can shoot a deer for him, which I have done because he doesn’t hunt.”

Howards, because he often hunts with his two sons, began by bringing them along when he asked permission. And if he cleared trails for a landowner, Sue came along and worked with Gary even though she does not hunt.

“I think those things have helped, even though I’d be doing them anyway, but it shows that I am a safe, ethical hunter,” he said.

Above all, permission is granted to Howards and his sons, and that means Howards cannot bring guests along.

For those landowners who want to gun hunt their land by themselves, Howards agrees to leave up his tree stands he uses during archery season so landowners can use them throughout the gun season.

Fencing, cutting firewood, roofing, clearing cross country ski trails, and baling hay are all things Howards has done for the privilege of hunting a few days a year.

But he believes it’s all worth it because he knows he’ll never be able to buy hunting land.

Contact Jerry Davis, a free-lance outdoors writer from Barneveld, at 608-924-1112 or sivadjam@mhtc.net.

Outdoors: History of the deer hunt in Wisconsin

Wisconsin has a long and storied tradition of regulated gun deer hunting stretching all the way back to 1851.

Three flags at half-staff furl and flap outside the farmhouse on the Richland County hilltop, reminding our clan we’ll never again chase deer …

Editor's note: This is the third in a 10-part daily series of features focusing on various aspects of Wisconsin's nine-day gun-deer season.

BackTags: CWD present, but all but forgotten in Wisconsin

Some landowners will allow deer hunters on their land, but only if they do not shoot bucks.