A prolific offense and stout defense that permitted goals in only two games carried the Oregon girls soccer team to the top of the polls and earned the Panthers national recognition this season.

Waunakee also has relied on a stingy defense, allowing goals in only four games.

Championship games in the four divisions are scheduled for Saturday.

Here are several things to know:

Tickets cost $11 per game plus online fees and must be purchased online on the WIAA website through GoFan, the WIAA ticketing partner, at: https://gofan.co/app/school/WIAAWI?activity=Soccer.

Parking is available at Uihlein Soccer Park. There is typically a charge for parking.

The semifinals of the four divisions will be streamed live on the WIAA.TV portal of the NFHS Network on a consumer subscription basis. A subscription to the live programming may be purchased at wiaa.tv or www.nfhsnetwork.com by clicking on the subscription image near the top of the page.

McFarland defeated Plymouth 4-1 in the Division 3 title match last year and the Spartans return to defend their championship.

DSHA won the Division 1 championship, edging Hudson 2-1 in the final last year, and is back. Whitefish Bay blanked Notre Dame 7-0 in the Division 2 title game and also returns. Brookfield Academy was the Division 4 champion, defeating Cedar Grove-Belgium 4-3 in a shootout after a 1-1 tie.

Oregon girls soccer is ranked No. 1 in the country. Why is it the No. 2 seed at state?

Whitefish Bay’s state trip this year will give it 22 appearances, leading all programs. Catholic Memorial and Neenah each have qualified 15 times, Brookfield Central and Notre Dame 14 apiece and Madison Memorial and Madison West 12 apiece.

Waunakee, coached by Ben Voss, will make its fourth state appearance and most recent since 2019.

Waunakee, the Badger East Conference champion, advanced to state with a 2-0 victory over Wales Kettle Moraine in the sectional final at Waunakee. The Warriors won the Division 2 state championship in 2014. Waunakee finished as Division 1 runner-up in 2008.

Waunakee’s opponent, DSHA, seeks to defend its title after qualifying for the 11th time, including the Dashers’ third consecutive appearance in years when the tournament was held (it was canceled in 2020 due to the COVID-19 pandemic). DHSA finished second to Brookfield Central in the Greater Metro Conference.

Muskego makes its seventh state appearance and most recent since winning the championship in 2019 at the end of a six-year streak of state trips. Muskego and Waukesha West tied for the Classic 8 Conference title this spring.

De Pere will make its sixth appearance and most recent since 2013. The Redbirds tied for first with Notre Dame in the Fox River Classic Conference.

Oregon, coached by Bobby Nichols, is making its seventh consecutive appearance in the years the tournament has been contested.

The Panthers were first in 2015 and 2019 and second in 2016 and 2018. Badger West Conference champion Oregon blanked Union Grove 5-0 in the sectional played at Oregon. The Panthers were ranked No. 1 overall and in Division 2 in the Wisconsin Soccer Coaches Association poll and last week rose to No. 1 nationally in the United Soccer Coaches poll.

Oregon will play Cedarburg, making its sixth state trip and returning for the first time since 2014. The Bulldogs finished second in the North Shore Conference.

Defending champion Whitefish Bay is making its third consecutive appearance amid state visit No. 22. Whitefish Bay was the North Shore champion and advanced with a 2-1 overtime victory over Brookfield Central in the sectional final.

The Blue Dukes will play Sauk Prairie, qualifying for the second consecutive year and third overall (also appearing in 1999). The Eagles, coached by Drew Kornish, lost to Whitefish Bay in the semifinal round last year. Sauk Prairie, Badger West runner-up behind Oregon, defeated River Falls 3-1 in the Rhinelander sectional.

Rock Valley Conference champion McFarland, coached by T.J. DiPrizio, returns after winning the title in 2021 and will make its fifth overall appearance. The Spartans were second in 2007. McFarland edged Madison Edgewood 1-0 in the sectional final in McFarland.

Notre Dame makes its 14th appearance and fourth consecutive trip. The Tritons won the Division 3 title in 2018 and were second in Division 2 in 2021.

New Berlin Eisenhower is back for the second straight year and seventh overall. The Woodland Conference champion Lions edged Shorewood 2-1 in the sectional final.

Lakeland is back for the second time, most recently in 2004. The Thunderbirds won the Great Northern Conference and moved on to state with a sectional victory over Rice Lake (4-2 in a shootout after a 2-2 tie).

Kiel qualified for state for the first time. The Raiders were co-champions of the Eastern Wisconsin/Packerland Conference with Sheboygan Falls. They shut out Howards Grove 4-0 in the sectional title match.

The Prairie School, located in Wind Point near Racine, advanced to state for the eighth time and most recent since 2019, when the Hawks earned the title. The Hawks were second in the Metro Classic Conference behind winner Kenosha St. Joseph and advanced with a sectional victory over Brookfield Academy (4-2 in a shootout after a 2-2 tie).

Lake Country Lutheran will make its first appearance as a stand-alone program, after six trips in two previous co-op arrangements. The Lightning were second in the Midwest Classic Conference behind Brookfield Academy. They defeated Sheboygan Falls in the sectional final (4-3 in a shootout after a 1-1 tie).

Assumption returns for the fourth time and second in a row. The Royals were the champions of the Mid-Western Wisconsin Conference. They topped Eagle River Northland Pines 3-0 in the sectional final.

An attic fire in Janesville did roughly $12,000 damage to a single-family home, authorities said. No injuries were reported.

Recovery crews searched Wednesday for two men who were swept away by fast-moving water in a rain-swollen drainage ditch in Milwaukee after jumping in to try to save a 10-year-old boy.

"We are going to come after them and try to show who the true No. 1 is." Oregon girls soccer gets a shot at top-ranked Whitefish Bay after it took out its frustration in Thursday's state semifinal.

The No. 4 Eagles battled throughout against top-seeded Whitefish Bay but succumbed 1-0 to the reigning WIAA Division 2 state champions for the second straight season. 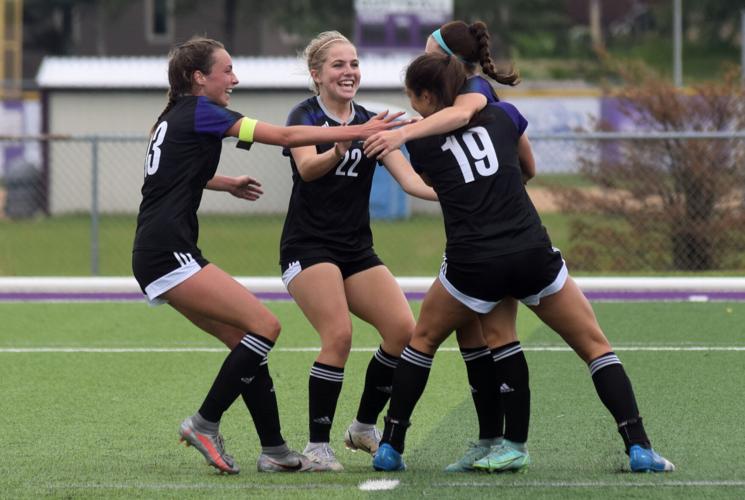 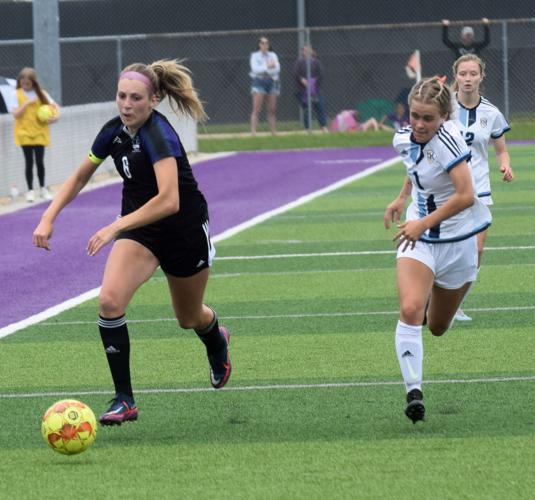 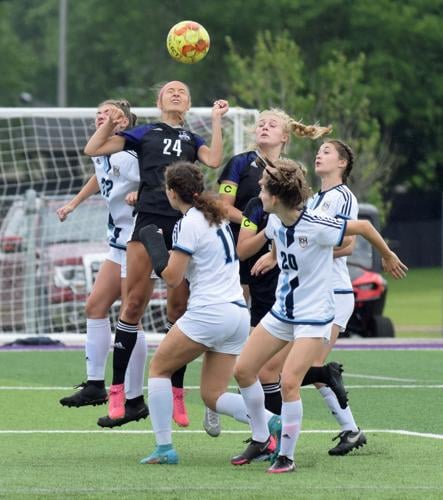 Waunakee's Faith Ellickson (24) and Lexi Savola leap amongst a group of Kettle Moraine defenders to try and head a corner kick during Saturday's WIAA Division 1 sectional final game at Warrior Pitch in Waunakee.