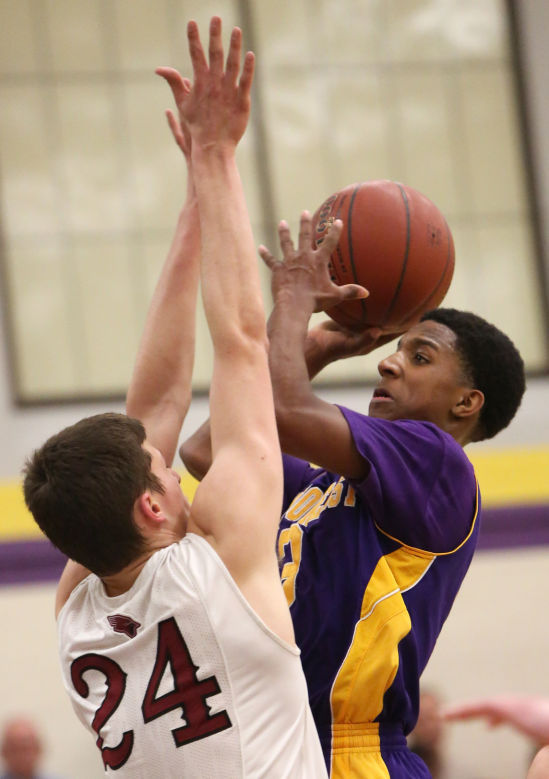 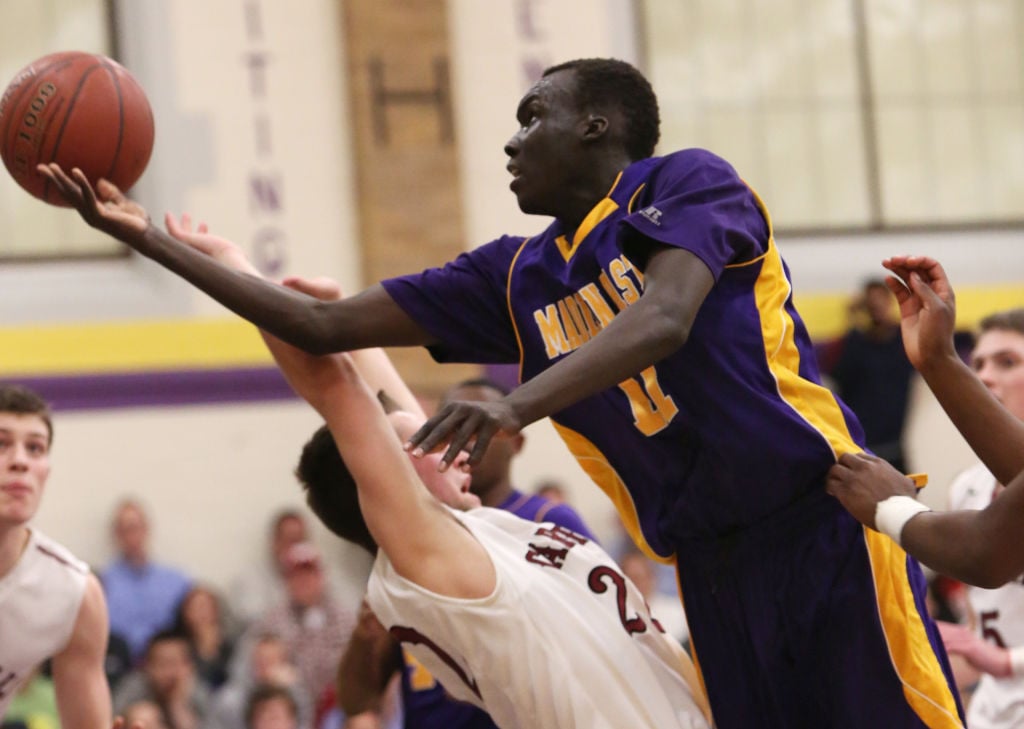 Emotions of all sorts ran deep and ran loud at Madison East on Tuesday night, starting well before the WIAA Division 1 boys basketball regional final between the Purgolders and Middleton.

After Madison East somehow turned back a frantic Middleton comeback bid for a 56-53 victory, that’s when the emotions really went over the top.

East players cried tears of joy, but took time in the handshake line to hug and console a Middleton player who was crying tears of disappointment.

East fans — hundreds of whom wore “Black Lives Matter” T-shirts, as did every East player and coach — deliriously held up camera phones as the Purgolders gathered for an impromptu team photo.

The game had been scheduled for Saturday, but was postponed following the Friday police officer-involved shooting death of Tony Robinson. Many East students spent Monday marching to the State Capitol to bring attention to the message on the T-shirts: “Black Lives Matter.”

“We didn’t just play for Tony tonight, we played for the whole world. To make a change,” East senior forward D’Angelo Millon said.

Amid it all, Miota remembered his team will have to do it all again on Thursday in a sectional semifinal against Verona in Sun Prairie — and, if that goes well, again on Saturday in the sectional final in Beloit.

On Tuesday, the Purgolders (18-6) and Cardinals (17-7) waged an intense battle — one that was all East until the final few minutes, when Middleton almost stole it all away.

The Cardinals had a chance to tie it with 12.3 seconds to play. But a pass glanced off the hands of Middleton sophomore forward Tyree Eady at the top of the key and went over the halfcourt stripe for an over-and-back violation.

“You can talk about the (play at the end), but if we had played with that same kind of emotion in the first quarter, we’d have a different game,” Middleton coach Kevin Bavery said.

East concentrated on defense in the early going, blocking two shots on Middleton’s first possession. Although the Cardinals scooped up the second block for a basket, they didn’t score again in the quarter as East took an 8-2 lead.

The margin grew to 22-11 at halftime as East forced the Cardinals into 4-for-21 shooting and seven turnovers.

“We focused on defense. We knew,” said junior forward Deang Deang, who led East with 14 points and contributed seven steals.

But it was defense — specifically, a nasty halfcourt trap — that helped Middleton almost turn around the game after East opened a 45-31 lead on a 12-footer by freshman Keshawn Justice with 5 minutes, 3 seconds remaining.

East also missed four of its first six free throws in the fourth quarter as Middleton cut the lead to 48-38 and then to 51-48 on a layup by sophomore C.J. Fermanich with 1:27 left.

A 3-pointer by Eady made it 52-51 with 1:43 left, and it took a nice pass from Justice to Millon for a layup with 24 seconds left and a coast-to-coast drive for two free throws by Deang to build the lead back to three.

“We just weren’t ourselves until the middle of the fourth quarter,” Bavery said. “We were nervous, anxious, we couldn’t relax.”

Middleton got 15 points and a strong second half from senior forward Ian Hokanson, 12 points from Eady and 11 points from sophomore Storm Murphy.

State Journal prep sports editor Art Kabelowsky has traversed the state to cover sports while working for daily papers in Fort Atkinson, Racine, La Crosse, Milwaukee and Baraboo. A past president of the Wisconsin Associated Press Sports Editors, Art has covered Rose Bowls, NFL playoff games and even the La Crosse Catbirds of the old Continental Basketball Association, but his heart always seems to pull him back to the high school beat.