A new season offers new opportunities for the boys basketball teams in the Madison area.

Familiar faces will strive to continue to excel as coaches and players, while other players will burst onto the scene or fill valuable roles.

As the season begins, here are things to know about the area’s conferences this season:

Things to know: While Madison West seeks to climb the conference ladder, Robinson takes over at Verona after a successful run as coach at La Follette. Robinson has solid building blocks in sophomore Andrew Murphy and senior Gavin Farrell. … At Sun Prairie East, Steve Maselter replaces longtime coach Jeff Boos, who stepped down last summer after the Cardinals made a run to a Division 1 sectional final last year.

Favorite: Waunakee. The Warriors lost key players, including first-team all-conference performer Andrew Keller and second-teamer Joey Fuhremann, from last year’s team that finished 18-7 overall and right behind DeForest and Milton in the Badger East. But the Warriors’ program is perennially solid and other league coaches favor coach Dana MacKenzie’s squad to be a leader in the Badger East this season. The Warriors likely will receive contributions from the school’s talented football program, potentially from players who saw action last year (that included Robert Booker II, Shea DuCharme and Garett Lenzendorf).

Contenders: DeForest, Milton, Stoughton. DeForest edged Milton in last year’s Badger East title game, but both teams will need to retool after losing key players to graduation. That included the top guards in the conference in Max Weisbrod of DeForest (who was the conference player of the year) and Jack Campion of Milton. Eric Stewart is in his first season as DeForest’s coach. Senior guards Brody Hartig, honorable mention all-conference last year, and Alex Van Ooyen figure to lead the Norskies, who were 23-5 and advanced to a WIAA Division 2 sectional semifinal last year. Senior forward James Hodge, and sophomore forward Jackson Accuardi will be threats inside. … Brogan McIntyre, a 6-foot-5 senior who was second-team all-conference, should pace Milton. … The Badger East all-conference teams were senior-laden last year. That could mean Stoughton, led by juniors Ty Fernholz (second team all-conference) and Sawyer Schipper (honorable mention), will be in the mix. Fernholz also was an honorable mention choice on the WBCA Division 2 All-State team.

Contenders: Madison Edgewood, Sauk Prairie, Mount Horeb. Reggie Patterson, who had been the Verona coach, takes over for longtime coach Chris Zwettler. The Crusaders will be led by 6-2 senior guard Al Deang, a second-team all-conference choice last year, and 6-0 senior guard Mateo Jimenez, an honorable mention selection. … Sauk Prairie coach Sean McGann’s team brings back experience and depth and has four players who averaged between 9.7 and 8.6 points per game in Devin Kerska, Corbin Wardrop, Carson Brickl and Connor Breunig. … Mount Horeb coach Todd Nesheim believes his team could make a push for the title because of its solid guard play and potential for improved shooting from last season. Rocco Richie, a 6-2 senior, and 6-foot senior Zach Peter lead the way.

Things to know: Monroe was the conference champion last season, but lost conference player of the year Carson Leuzinger and J.T. Seagreaves to graduation. … Portage coach Darrin Berger welcomes mostly a new rotation that he expects to be competitive due to its length and defensive ability. Senior guard Kyan Reichhoff averaged 11.5 points and 5.3 rebounds last year. The roster is bolstered by a group that had success at the Junior Varsity level, Berger said. ... Baraboo coach Tyler Fish believes his team will bring toughness, size and athleticism to the court, led by senior guard Drew Mistele and junior guard Luke Vittengl, senior forward Derek Gehin and junior guard Toby Lefevre. Reedsburg and Baraboo both are looking for bounce-back seasons.

Things to know: While Deerfield looks to repeat after finishing 12-0 last season, Madison Country Day will seek to move up from the bottom of the standings.

Gillen (16.4 points per game), Kulp and Chislom combined for almost 43 points and 19 rebounds per game. The Spartans, ranked seventh in Division 2 in the Wisconsin Basketball Yearbook preseason poll, have a potent transition game and play aggressively on the offensive end, Meinholdt said. 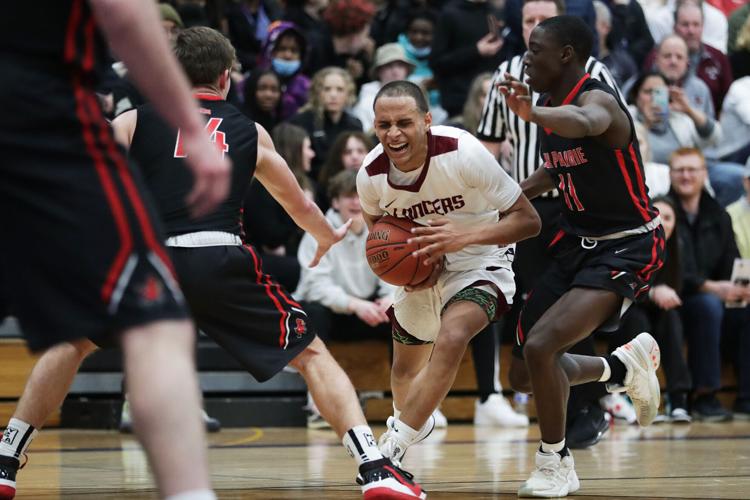 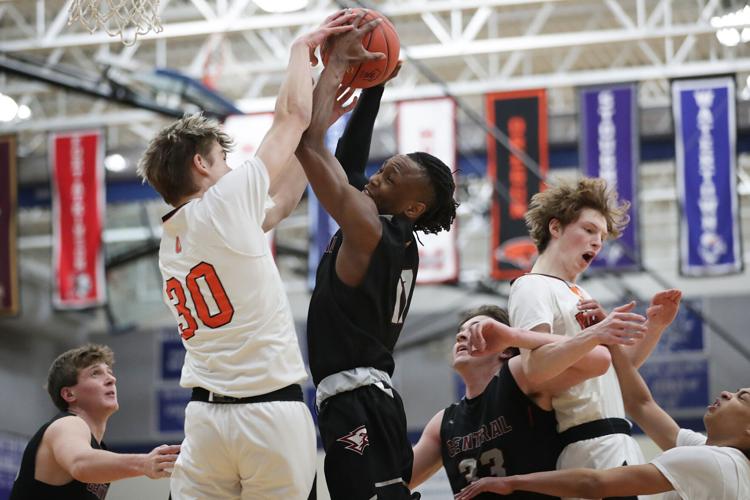