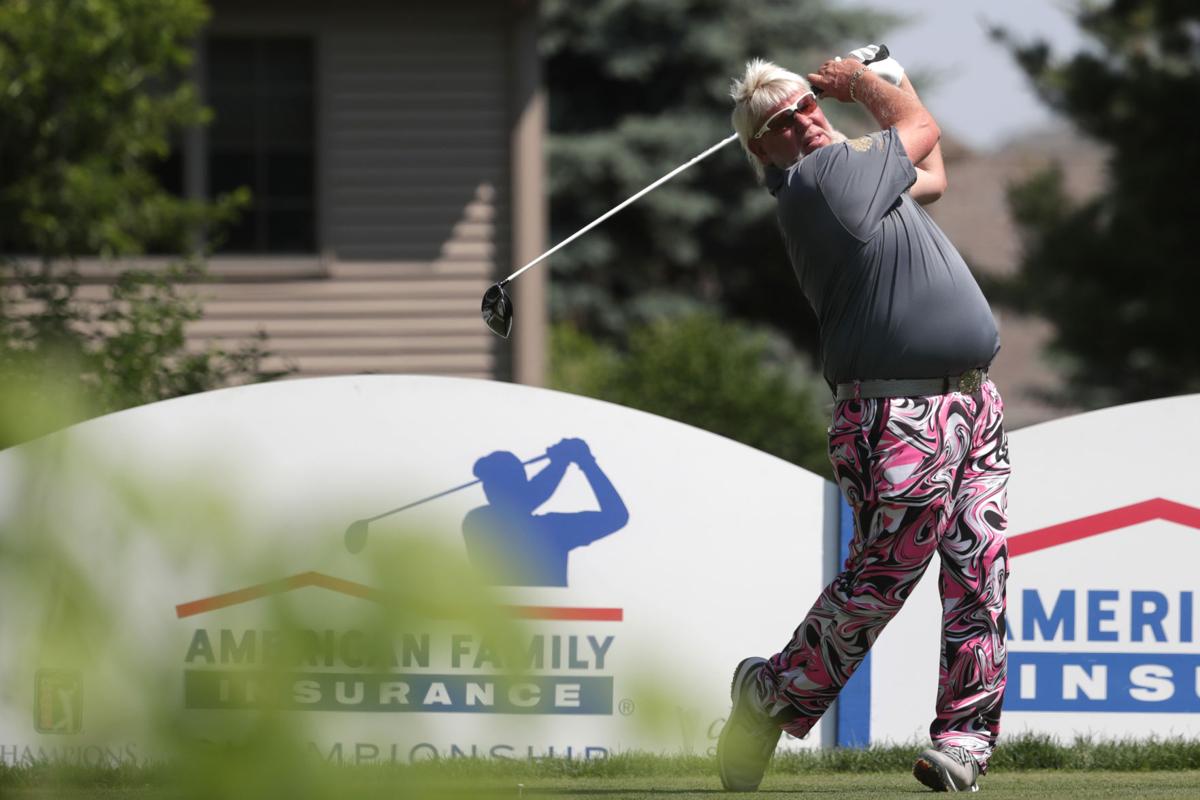 John Daly tees off on the 14th hole during the first day of the American Family Insurance Championship at University Ridge on Friday. 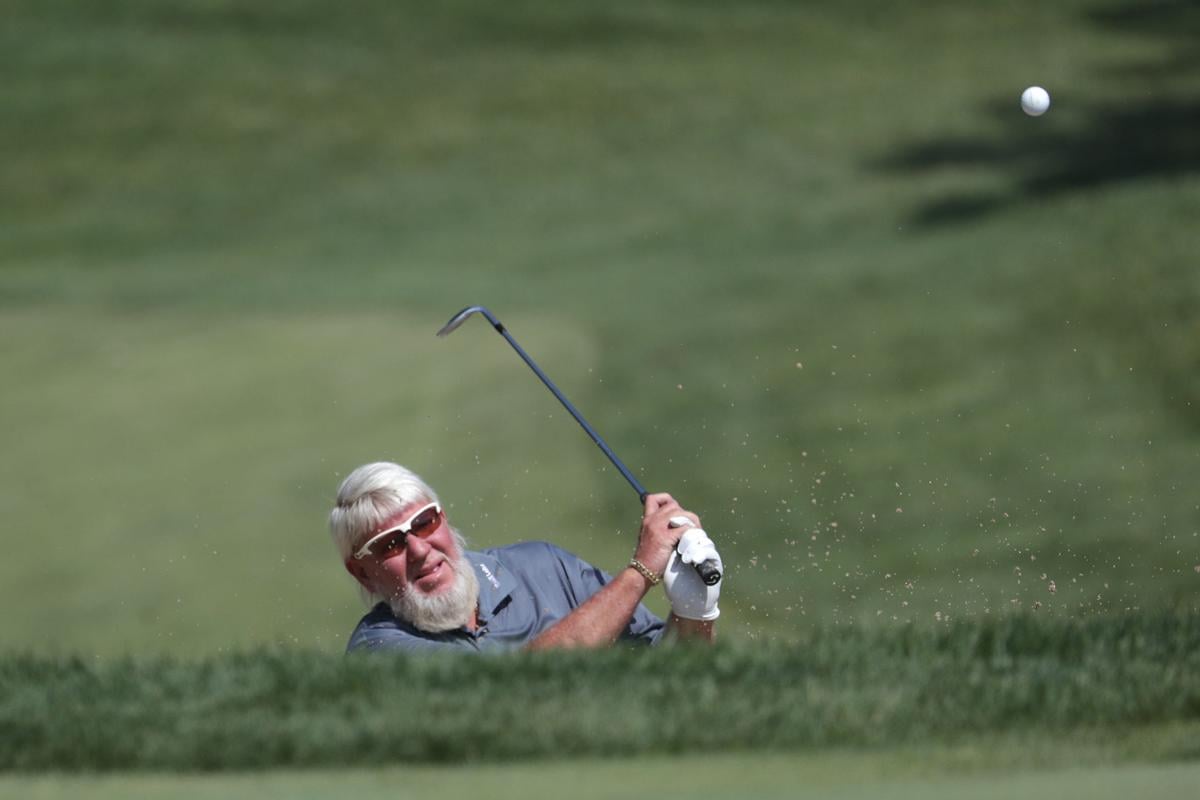 John Daly hits out of a sand trap on the thirteenth hole during the first day of the American Family Insurance Championship at University Ridge in Fitchburg, Wis., Friday, June 11, 2021. KAYLA WOLF, STATE JOURNAL

They filed into the narrow cart path set between the tee box and the tree line that contain the 10th hole at University Ridge Golf Course.

They wrapped around the ropes behind the tee just to catch a glimpse of him and his legendary drive. When John Daly approached the tee, about 125 people — ranging from young children to old men — watched him take half a practice swing and then stripe a drive more than 300 yards down the fairway.

Daly, decades removed from when he won two majors and was an instant star on the PGA Tour, still draws a crowd, including Friday at the American Family Insurance Championship, a PGA Tour Champions event.

Unfortunately for fans, the Daly show was short-lived Friday. He withdrew from the AmFam before completing his first nine holes, with tournament officials saying he was feeling ill. His putter was betraying him early in his round, missing back-to-back birdie putts on 10 and 11 before three-putting the 13th for a double bogey.

Ryan Woehler, 37, of Madison, was wearing a shirt with “Hit it hard” written on the front and a silhouette of Daly underneath. He was with a group of friends all about the same age. They were kids when Daly won the PGA Championship in 1991 and the British Open in 1995, and can vaguely remember watching him then. But the legend of Daly has yet to dim — aided by an ESPN "30 for 30" documentary released in 2016 — despite the quality of his play being up and down.

“It’s his zest for life,” Woehler said. “Ripping heaters, hitting it hard, what’s not to like?”

Daly also withdrew from the Mitsubishi Electric Classic last month and didn’t make the cut at the Senior PGA Championship. In early May, he finished tied for second at the Insperity Invitational and tied for 10th at the Regions Tradition.

But fans were blown away by his drives — Daly can still grip it and rip it, always ready with Marlboro reds and Diet Cokes in tow.

Audible “ohs” and “ahs” accompanied each of Daly’s tee shots, which outpaced his playing partners’ Duffy Waldorf and Tom Byrum by about 20 yards each hole.

Said one fan who jogged by after Daly’s first drive: “That was worth the price of admission.”

Steve Stricker talks in topics ranging from changes to Whistling Straits to help the U.S. to how the course at University Ridge looks heading …

John Daly tees off on the 14th hole during the first day of the American Family Insurance Championship at University Ridge on Friday.

John Daly hits out of a sand trap on the thirteenth hole during the first day of the American Family Insurance Championship at University Ridge in Fitchburg, Wis., Friday, June 11, 2021. KAYLA WOLF, STATE JOURNAL