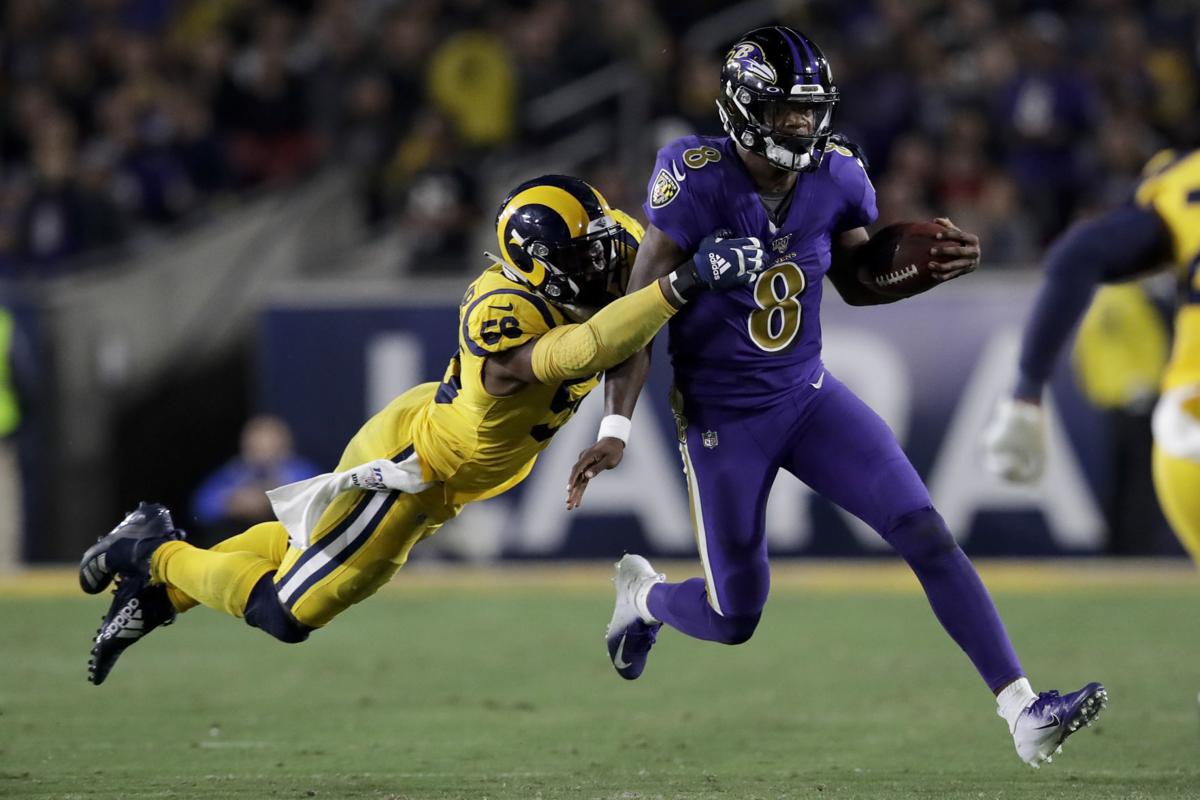 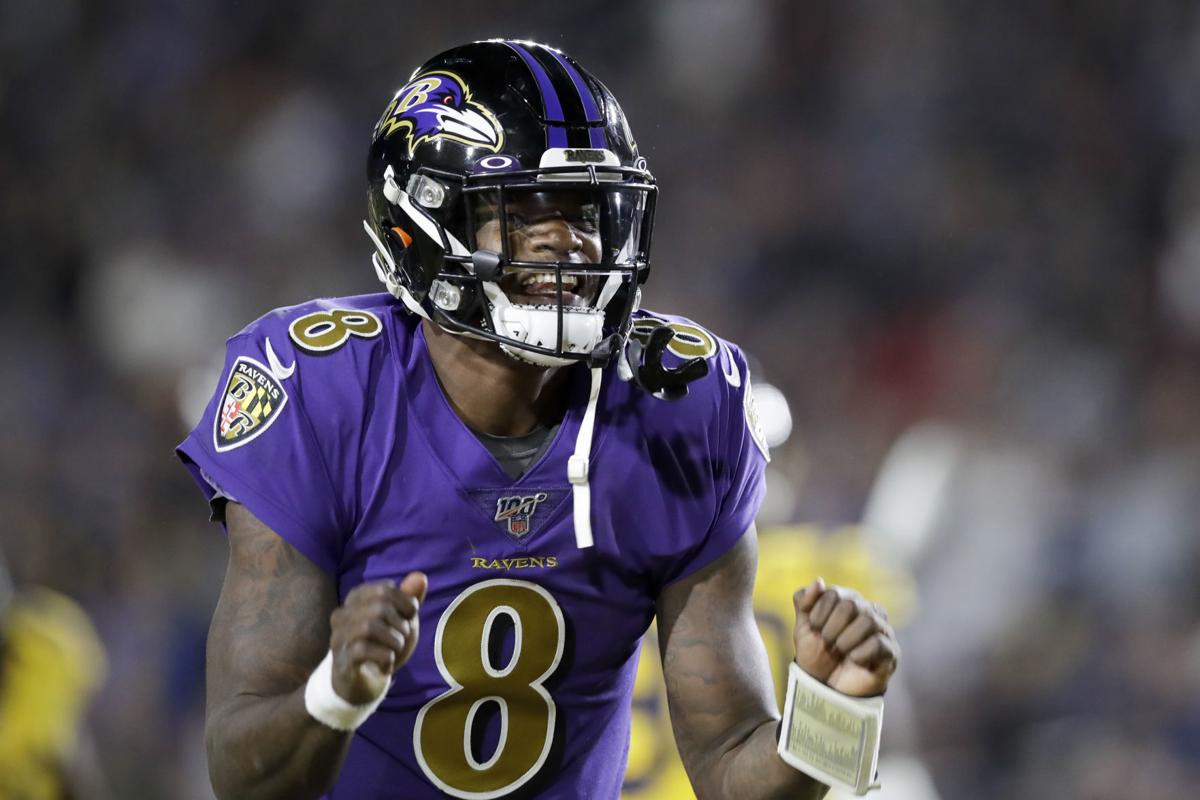 The surging Ravens, who have won seven in a row, retained the top spot in the latest AP Pro32 poll.

Baltimore routed the Los Angeles Rams 45-6 on Monday night to move to 9-2 on the season.

The Ravens earned 11 of the 12 first-place votes for 382 points in balloting Tuesday by media members who regularly cover the NFL.

"I keep waiting for Lamar Jackson and the Ravens to have a poor outing," said Charean Williams of Pro Football Talk. "It hasn't happened the past seven games. The Cleveland game was the last time they looked like something other than the favorite."

The New England Patriots (10-1) received the other first-place vote for 366 points to stay in the No. 2 spot.

The San Francisco 49ers (10-1) followed close behind with 365 points and remained No. 3. The 49ers head to Baltimore to face the Ravens in the top matchup of Week 13.

"Bill Walsh didn't start winning Super Bowls until he had a defense to match the offense," Newsday's Bob Glauber said. "The Niners are now in a similar situation for (coach) Kyle Shanahan, whose defense carried them to yet another convincing win, this time against the great Aaron Rodgers."

"Led by their unflappable quarterback (Russell Wilson), the Seahawks are 6-0 on the road and still in position to chase down the 49ers atop the NFC West," said Ira Kaufman of Fox 13 in Tampa, Florida.

The New Orleans Saints (9-2) and Minnesota Vikings (8-3) each moved up a spot to Nos. 5 and 6, respectively. The Vikings head to Seattle for a key game on Monday night.

The Green Bay Packers fell two places to No. 7 after getting routed on Sunday night in the Bay Area. The Packers, who are tied with the Vikings for first in the NFC North, have a chance to rebound in the next two weeks when they face the New York Giants and Washington. Both teams are tied for last in the NFC East at 2-9.

The Kansas City Chiefs (7-4) remained at No. 8 after their bye week. The Chiefs can take control of the AFC West this week when they host the rival Oakland Raiders.

The Buffalo Bills (8-3), off to their best start through 11 games in 23 years, have inched up to No. 9. The Bills will get a nationwide audience on a short week as they head to Dallas to take on the Cowboys on Thanksgiving. The Cowboys (6-5) dropped to No. 11 after losing to the Patriots. Despite the setback, the Cowboys still lead the NFC East.

"The New England loss marks the beginning of the end for Jason Garrett as head coach unless this team makes a deep playoff run," said Alex Marvez of Sirius XM.

The Houston Texans moved up one place to round out the top 10. The Texans face a steep challenge Sunday night when they host Tom Brady and the Patriots.

The Associated Press Pro32 NFL Power Rankings, as voted by a 12-member panel, with first-place votes in parentheses, records through Nov. 25, total points based on 32 points for a first-place vote through one point for a 32nd-place vote, and previous ranking: